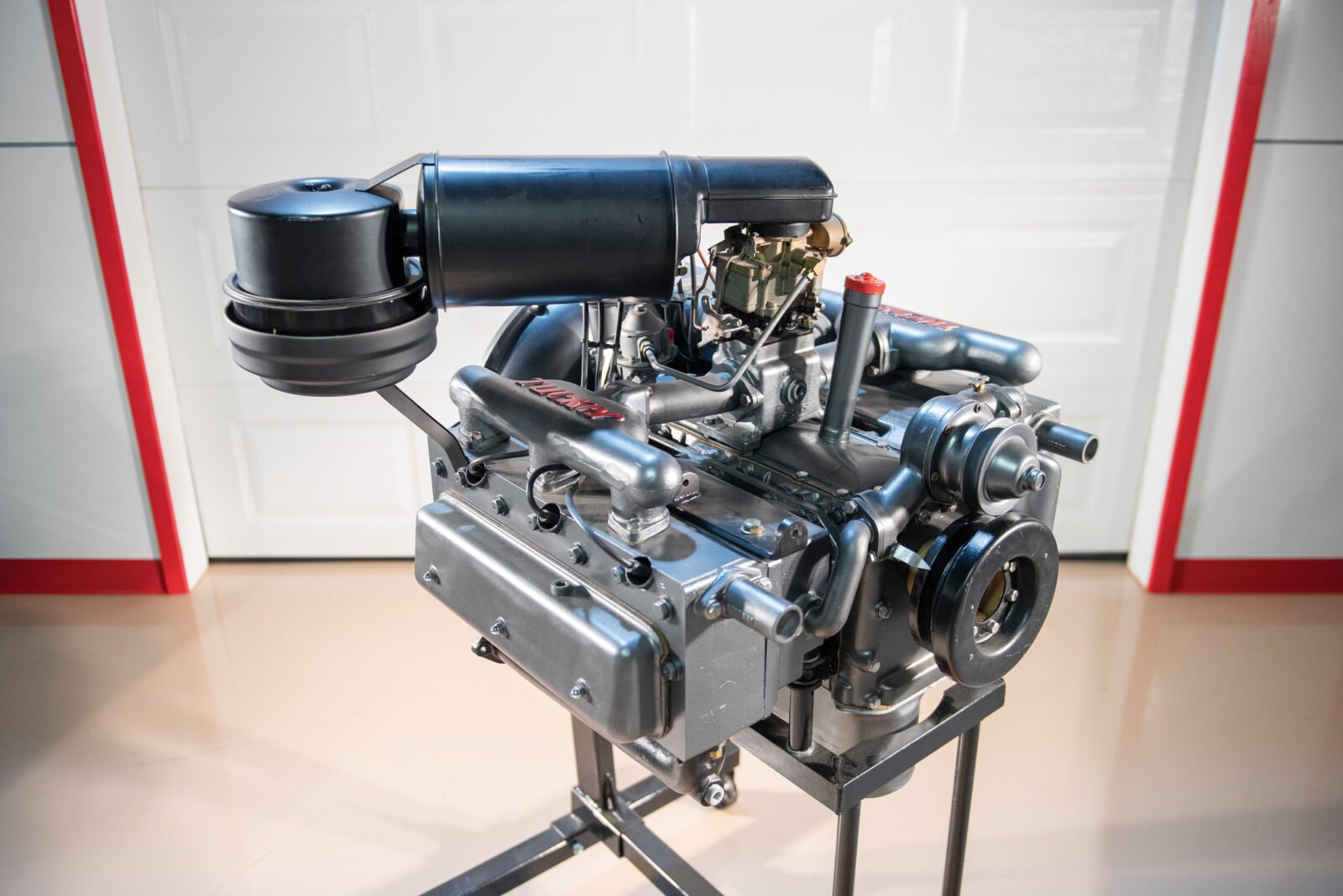 This is an original 1948 Tucker engine, the Tucker 48 is undoubtably one of the most famous low-production number cars of the 20th century and it was powered by a re-purposed 5.5 litre helicopter engine.

The car was made famous in mainstream society thanks to the film Tucker: The Man and His Dream by Francis Ford Coppola, starring Jeff Bridges, Joan Allen, and Martin Landau.

The original engine specifications that Preston Tucker had wanted for the Tucker 48 included a flat-6 configuration, liquid-cooling, all-aluminum alloy construction, and 150 hp. This was a significant horsepower figure for the era. 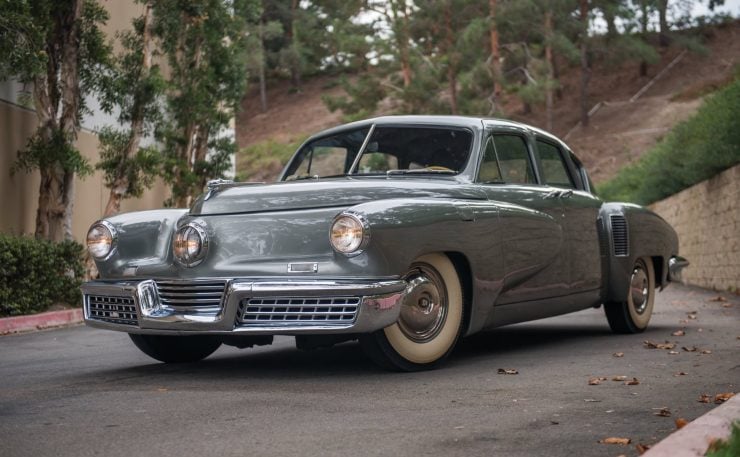 Above Image: Preston Tucker’s personal Tucker 48 – Used here to show what the Tucker 48 looks like.

Development of the prototype engines proved fraught with issues, development was eventually abandoned and a new engine was sought. The air-cooled Bell 47 helicopter engine designed and manufactured by the somewhat unimaginatively named Air Cooled Motors (originally the Franklin Engine Company).

The Tucker engineers made the decision to convert it to liquid-cooling which has puzzled automotive historians ever since, they succeeded however, and this would be the engine used in the 50 or so production Tucker 48 cars before the company closed its doors. 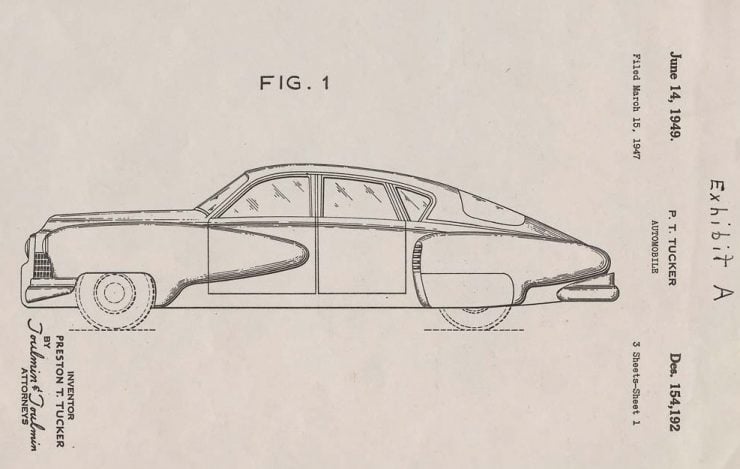 Above Image: An original patent filing for the Tucker 48.

The engine you see here was built at the Tucker factory though it’s clearly been rebuilt in recent years back to its original external specification including the eye-catching red “Tucker” lettering on the intakes.

The engine is due to come up for sale with RM Sotheby’s in mid-August and there’s currently no estimated price listed.

It’s difficult to know what the engine could be used for, though it would make an excellent candidate if anyone decided to build Preston Tucker’s “Carioca”. This was to be Tucker’s next car after the Tucker 48, it was more sporting and it was funded by a team of Brazilian’s who worked with Preston in the early 1950s. 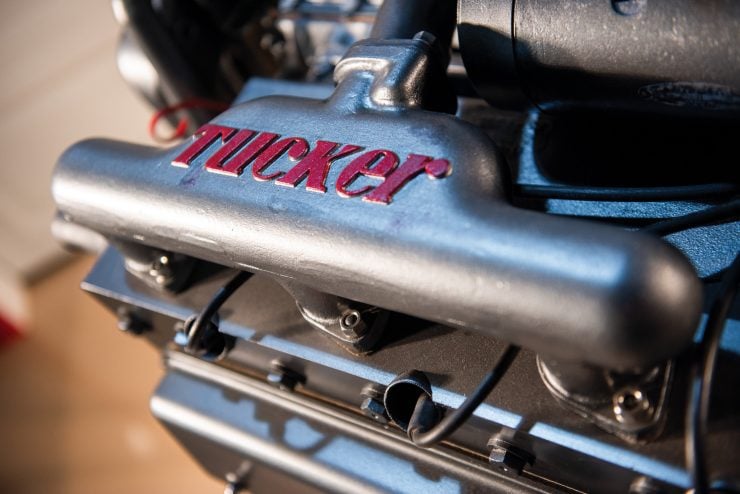 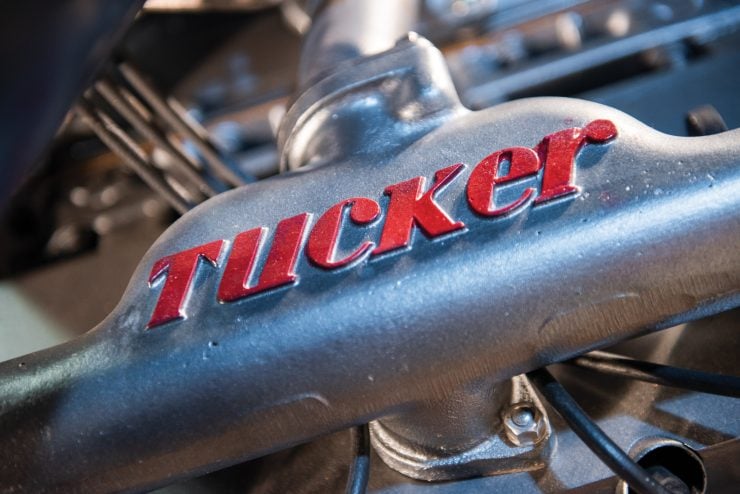 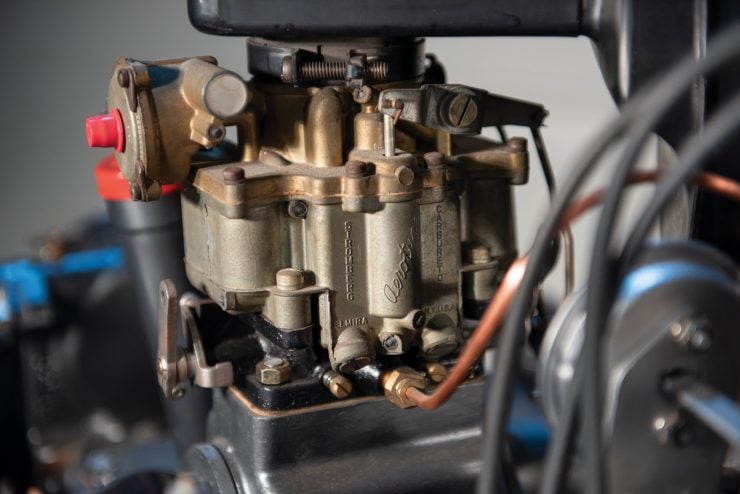 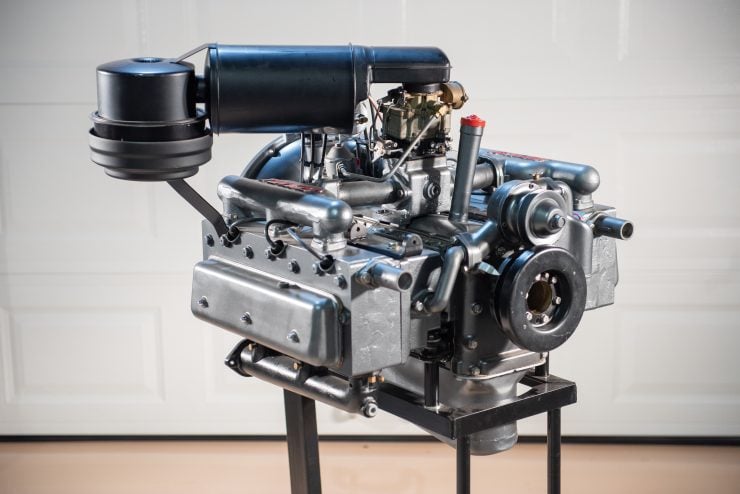 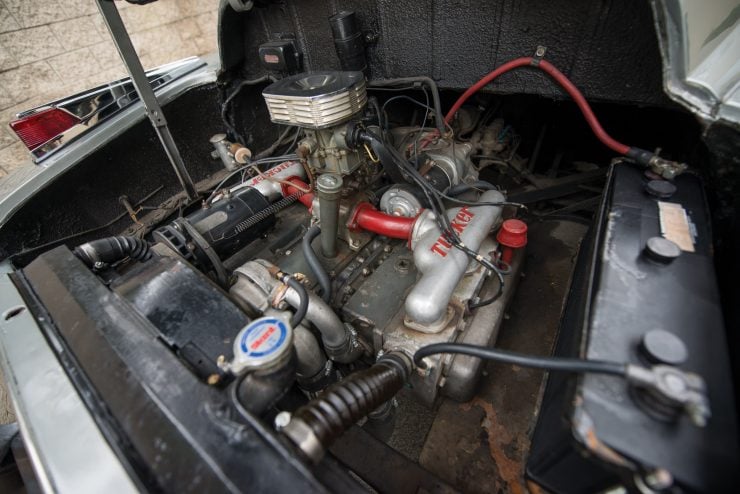 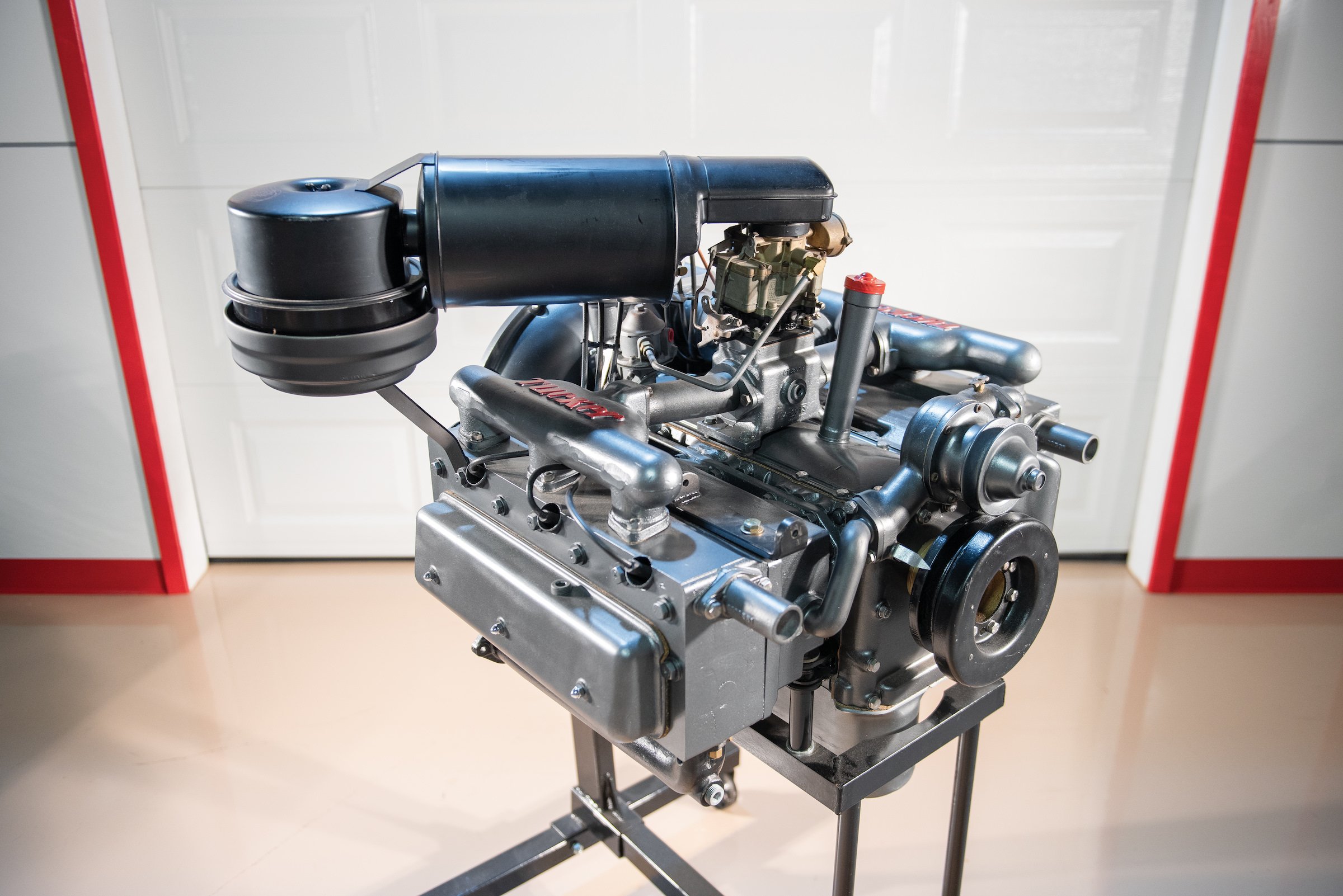