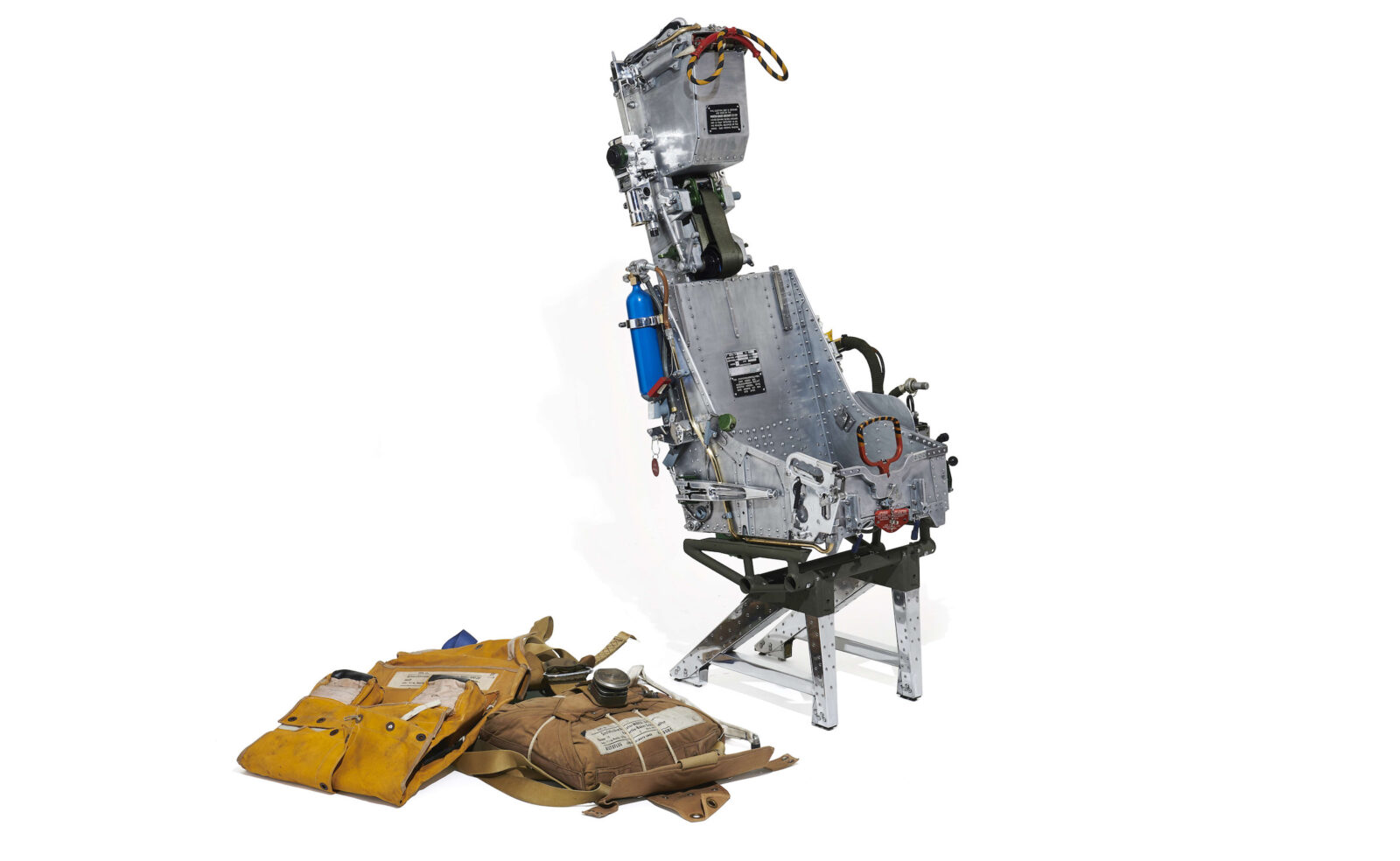 The Martin-Baker Mk 5 ejection seat was developed alongside the Mk 4 in the 1950s as a tougher variant created to meet the specifications laid out by the US Navy.

The MK 5 was installed in a wide variety of fighter, combat, and training aircraft including the F-4 Phantom, the F-86D Sabre, the Vought F-8 Crusader, the A-6 Intruder, the Dassault Mirage III and many others.

The maximum ejection altitude is 50,000 ft and the maximum speed is 600 knots indicated airspeed, or approximately 690 mph.

Ejection is accomplished thanks to a main gun that fires two explosive charges in sequence, as the seat slides up through the jettisoned canopy an emergency oxygen supply is activated and all leads/cables connecting the pilot to the aircraft are disconnected.

Once free of the aircraft the drogue gun fires, deploying two parachutes to stabilise the Mk 5 seat’s descent path. The occupant separates from the seat and deploys their parachute for a traditional parachute descent, this makes the landing far easier to manage.

The Mk 5 seat you see here was made in 1962, it’s still accompanied by its original radio, life vest, and parachute, it carries a German ID plate. Artcurial estimate that it’ll sell for between €2,500 and €4,000 when it crosses the auction block. 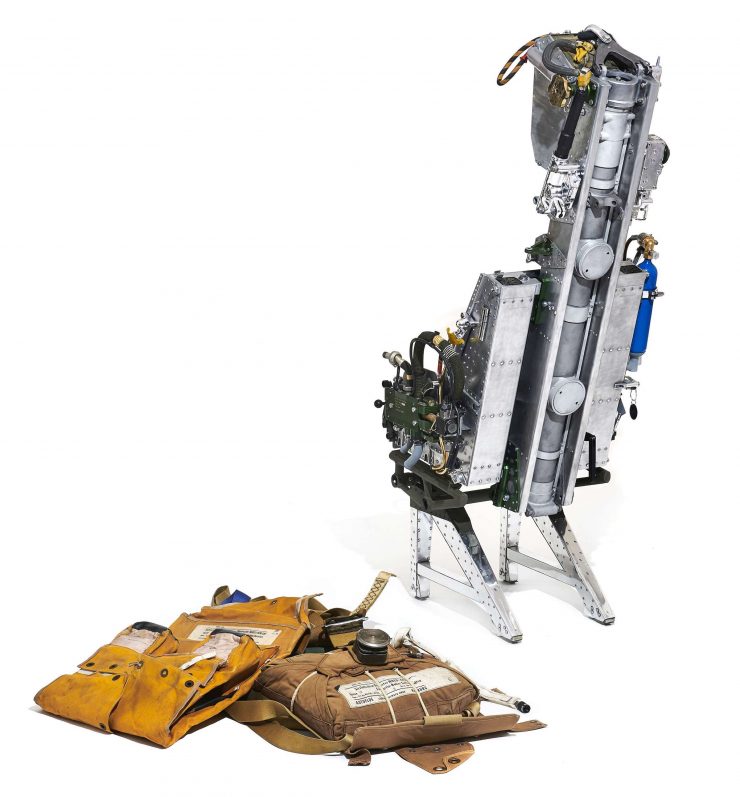 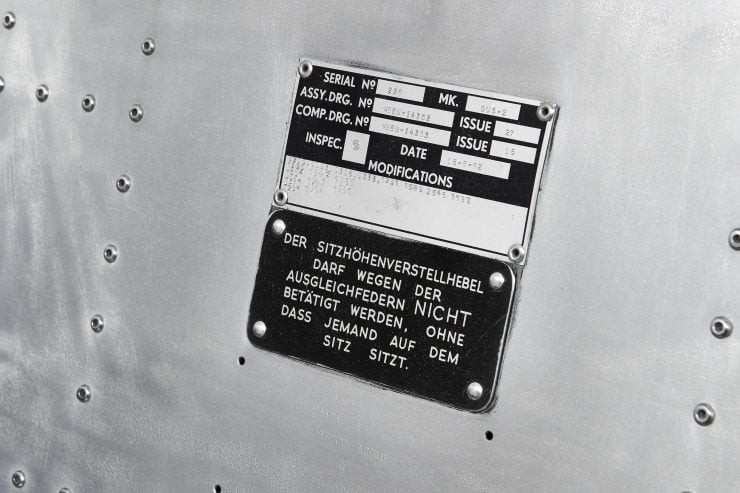 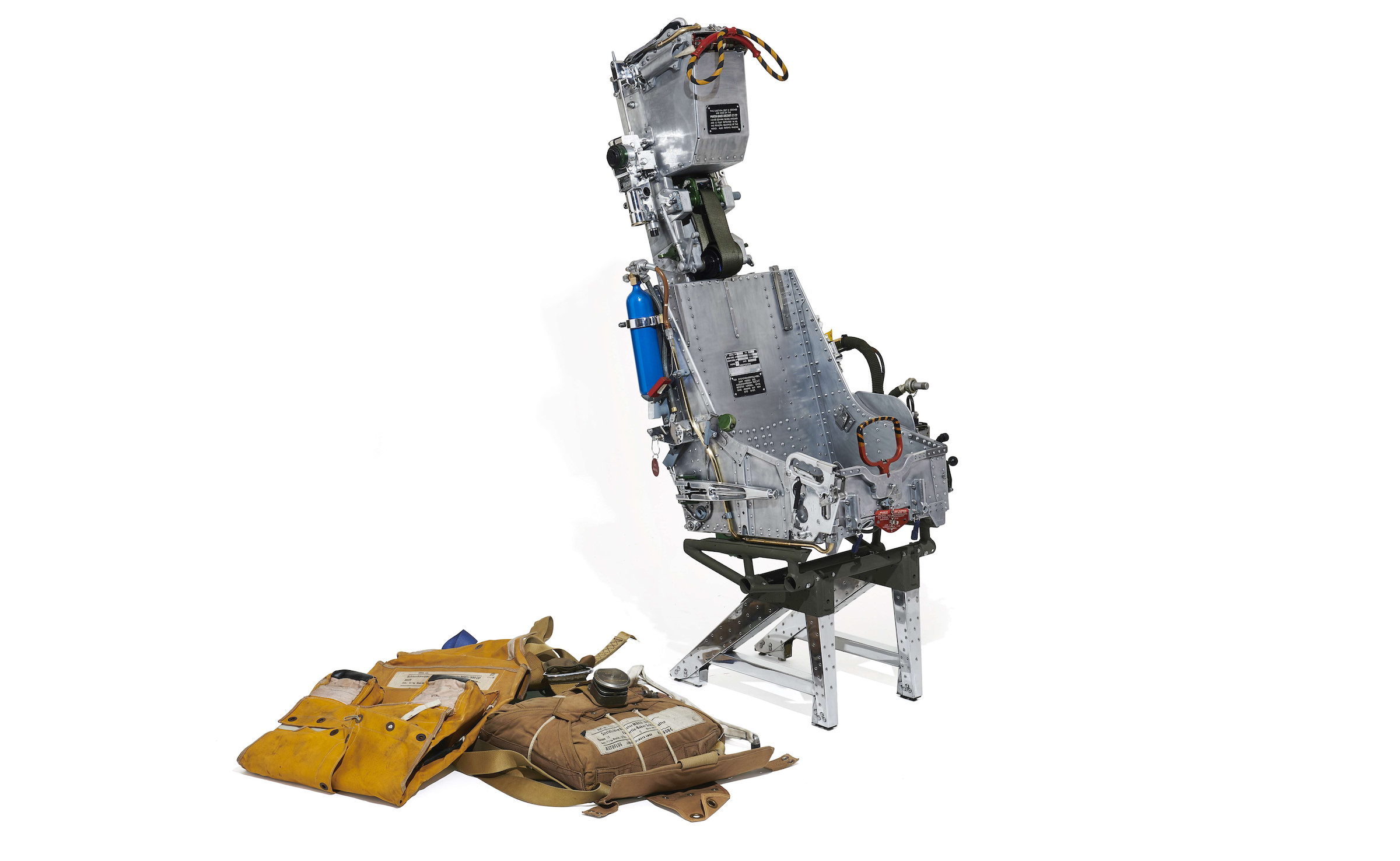