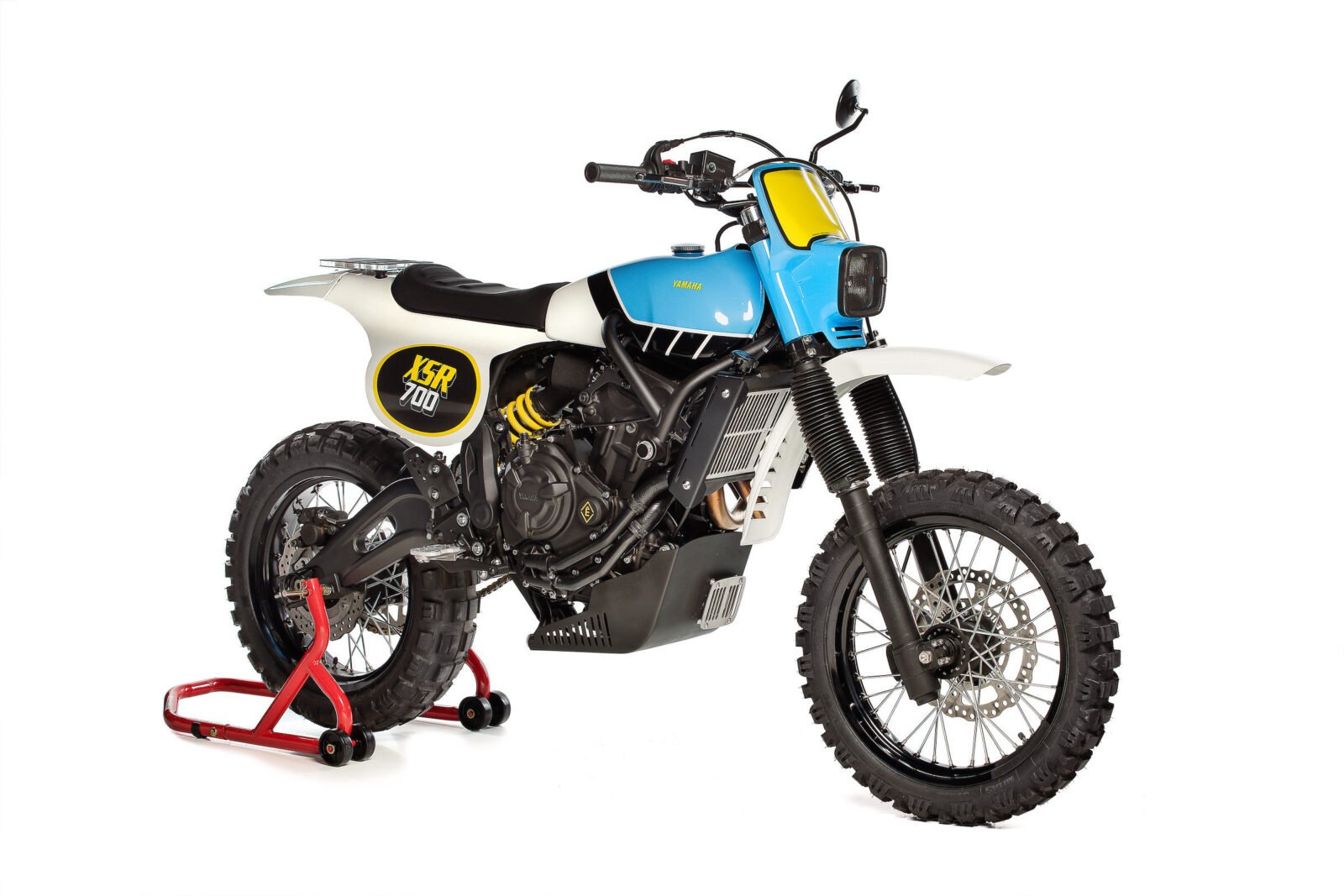 This article was written by Nuno Capêlo and Ricardo Santos of Capêlos Garage and Elemental Rides. When possible we like to bring you the story of a build in the words of the team that built it, to cut out the middle man and give you unique insight into their though process and methods.

We were once again contacted by Yamaha Portugal to build a new custom bike, but this time under the Yamaha Yard Built program with other nine other builders from different countries. They asked us to send some drawings and ideas to them – the theme was “Back to the Dirt”.

I talked with Ricardo and he was totally in, since his first ideas also were very similar to mine. So I stopped everything I was doing and started sketching, and so with a lot of sketches exchanged with Ricardo we quickly get to the final image of the bike.

The main idea was to increase XSR700’s off-road capability, since the bike already had such an amazing fun and versatile engine, following that idea we wanted the bike to have a neo-retro look inspired in the dirt bikes of the 70ʼs and 80ʼs. Design-wise that was the challenge for me and like always I wanted to have a modern bike that celebrated that era but not lose that modern bike feel.

One of the things I was certain about was that the bike needed to be a lot thinner and higher. Finally color-wise being a Yamaha with a vintage dirt look we were immediately thrown back to the yellow, white, and black speed blocks but a few arguments later, we went for a different color option inspired in the Yamaha IT models.

So by being inspired by so many iconic Yamahas from the past we decided to name the Bike “XSR700 TT” (True Tribute). 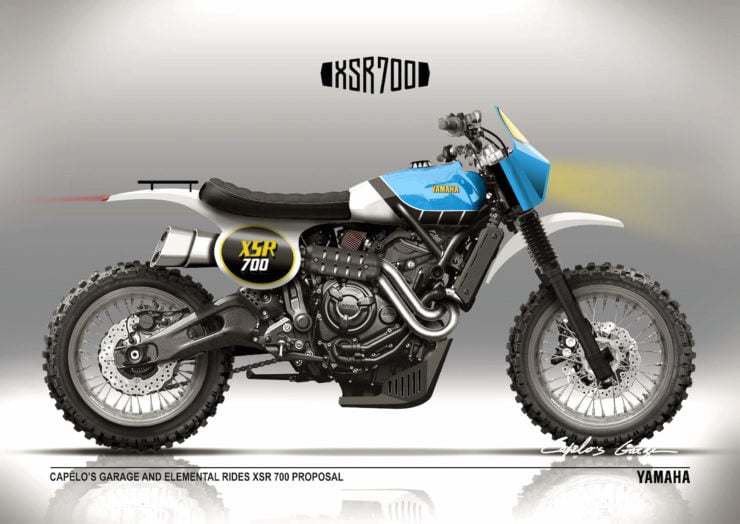 Above Image: The original design proposal.

To increase the suspension travel both the front and the rear the original suspension was completely replaced. In front a conventional Showa custom fork was fitted, with 43mm legs and 20 positions of adjustment in compression and rebound it allows for 230mm of travel. At the back a modified shock from the same brand with adjustments for preload, compression, and rebound ensures the same amount of travel as the front. It now links to a removable brace so no changes would be made to the frame structure.

The front wheel now features an EBC 280mm floating disc and a Brembo caliper. The ABS system was removed. The standard brake lines were swapped for stronger raided Teflon lines.

Talon wheel hubs with Excel rims and spokes in stainless steel with 17″ at the rear and 18″ at the front, wrapped with Enduro Mitas tires.

No changes were made to the engine. Just the removal of the original air box to gain room, replacing it with two individual washable foam filters and a 2-into-1 exhaust system in stainless steel designed exclusively for this model.

The original 40T rear sprocket was replaced by a 52T Renthal and the chain with a Gold DID Heavy Duty o-ring unit. 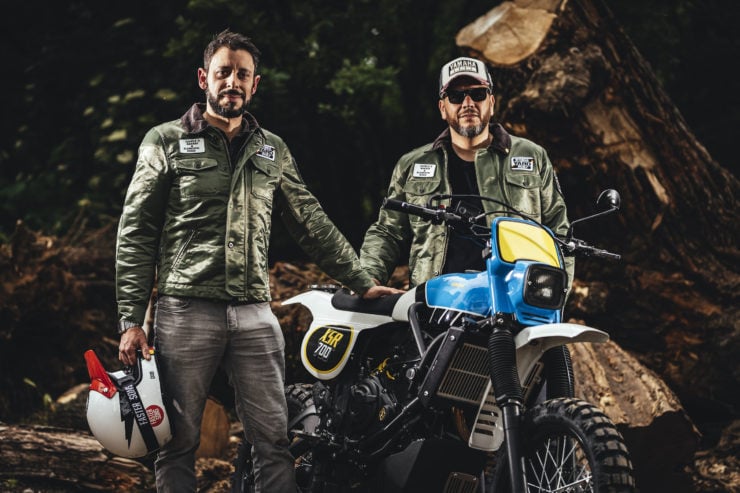 All the lighting has been switched to LEDs, with a bespoke DRL. The rear lights are integrated in the tool rack, both tail, stop and turn signals

The gas tank was built in steel specifically for this bike and was inspired by 1970s bikes like the Yamaha XT500. The front fender comes from a Yamaha DT125MX and has been shortened. The rear fender is from a Yamaha DTR but it was cut to shape to integrate into the rear section. This one was built in sheet metal to integrate the side number plates. The small front fairing is a very Portuguese one from the brand HP that was also modified to integrate in the front forks and accommodate the new headlight.

Of the remaining components made from scratch for this motorcycle we highlight the protection grilles in the radiator, oil filter, rectifier mounting bracket and front headlight, as well as aluminum footpegs. We also built from scratch the stainless steel skid plate, and the seat was upholstered in a completely waterproof synthetic material. 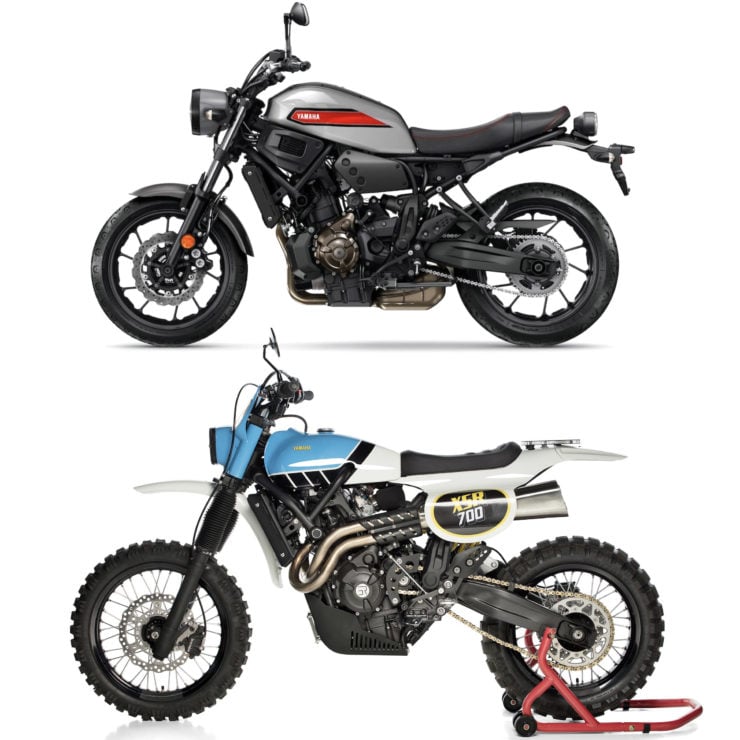 Above Image: Before + After 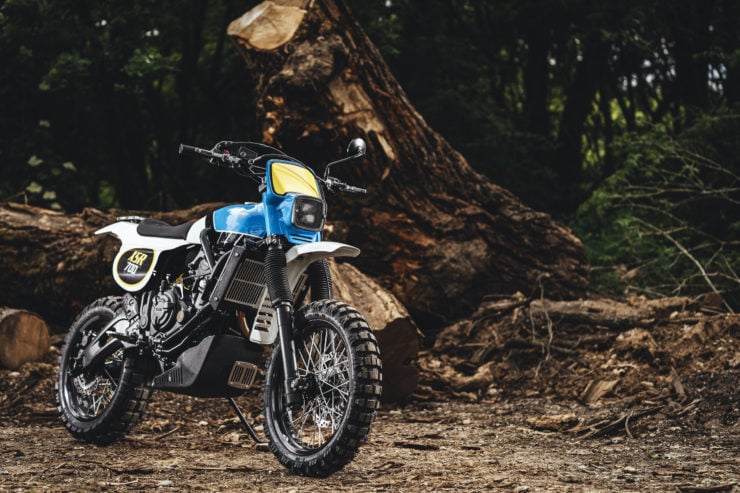 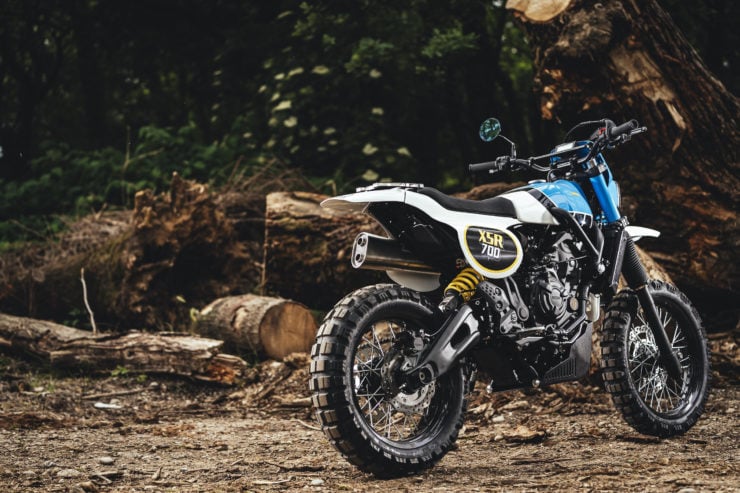 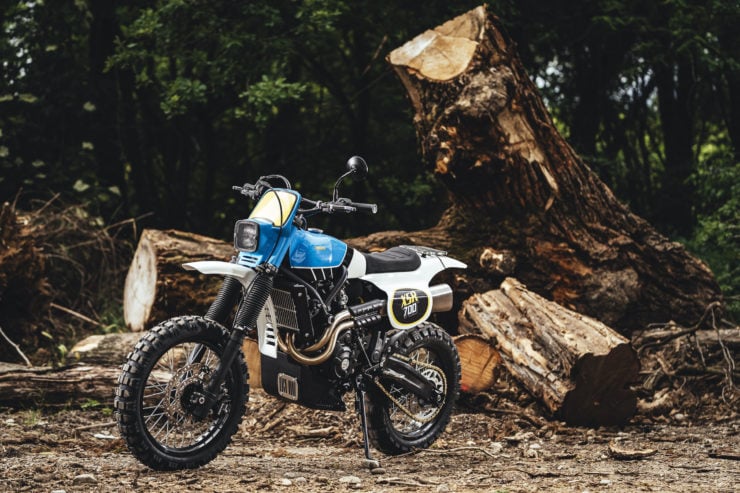 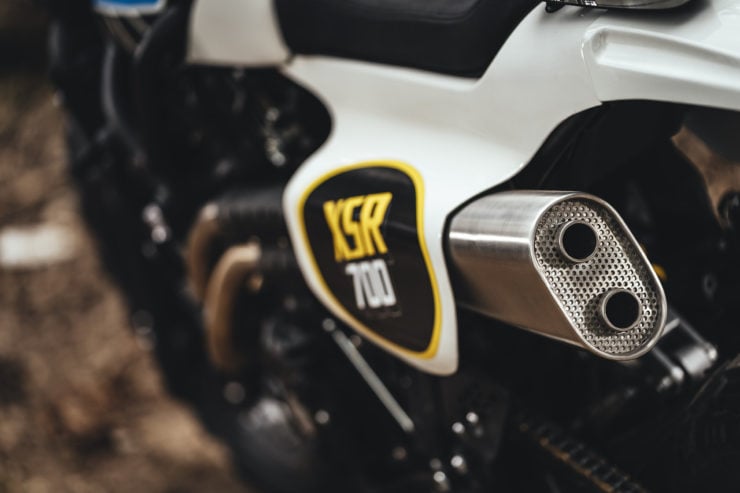 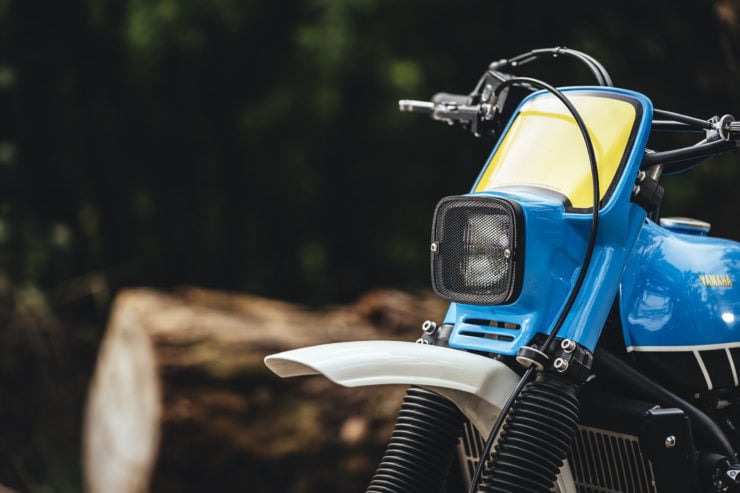 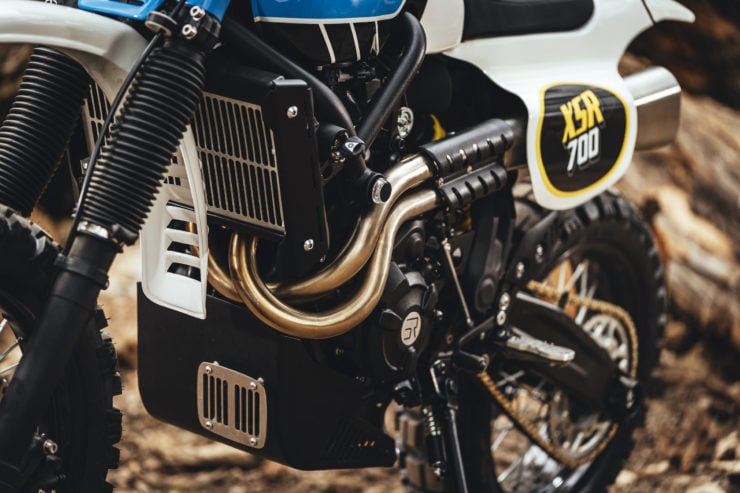 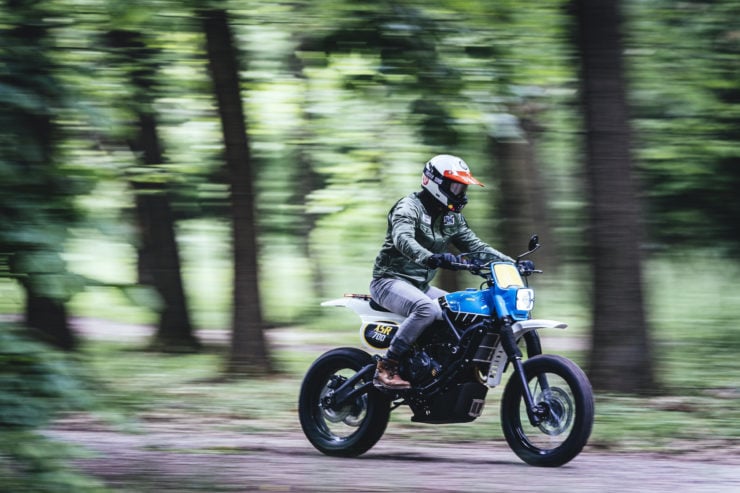 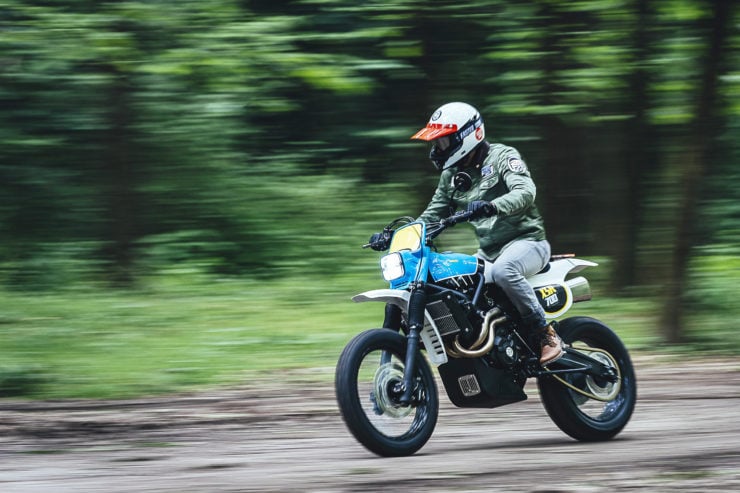 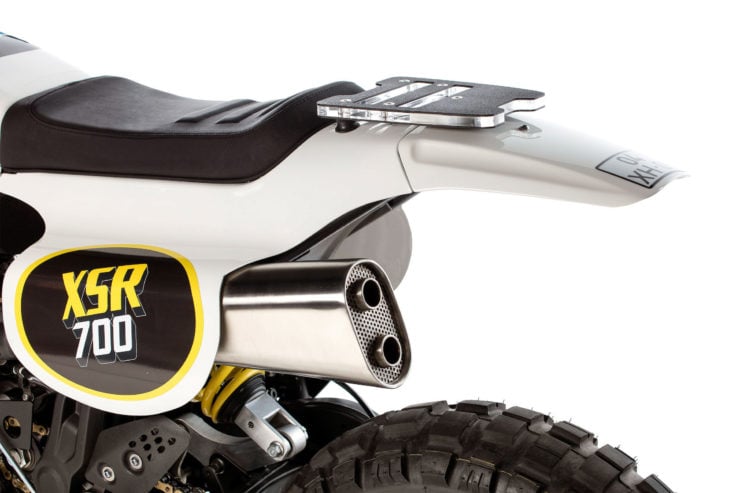 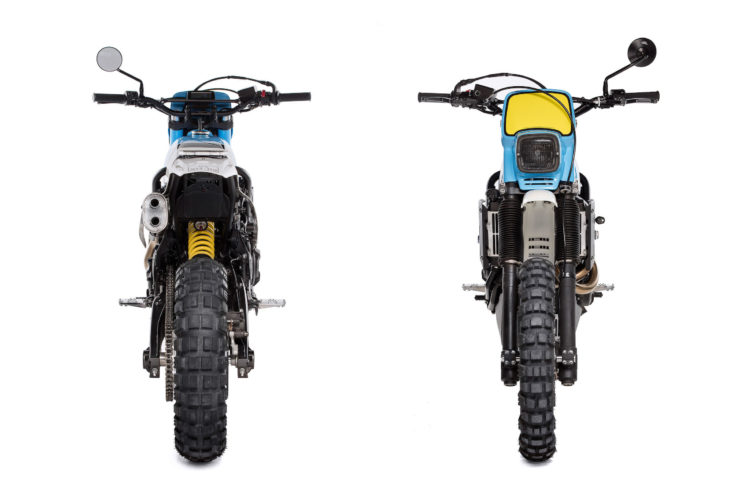 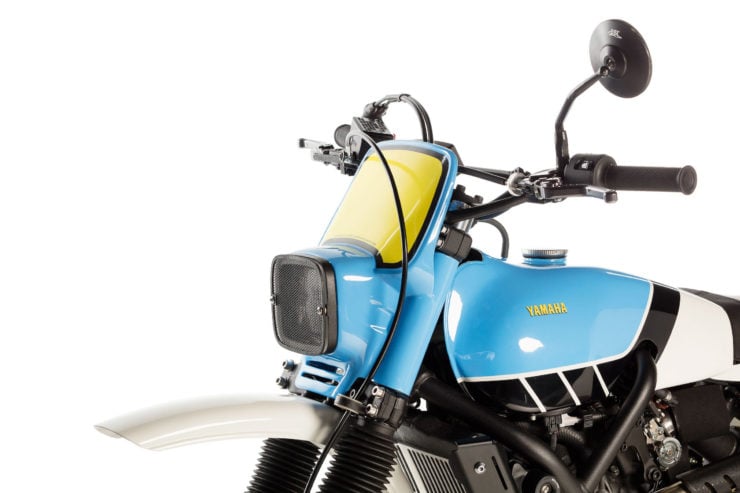 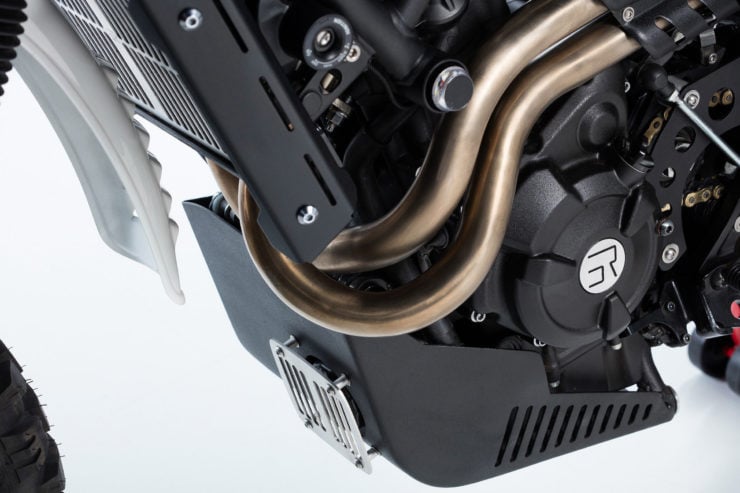 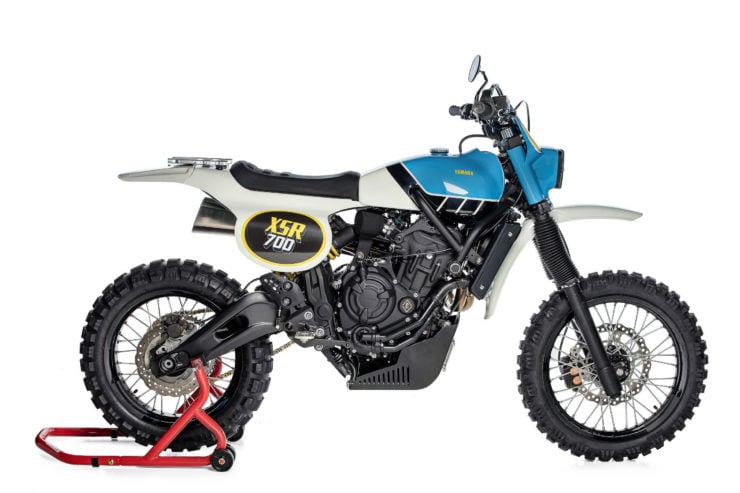 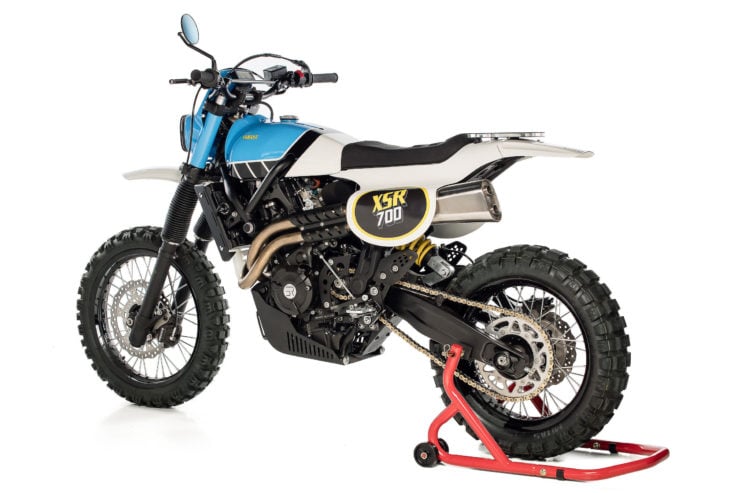 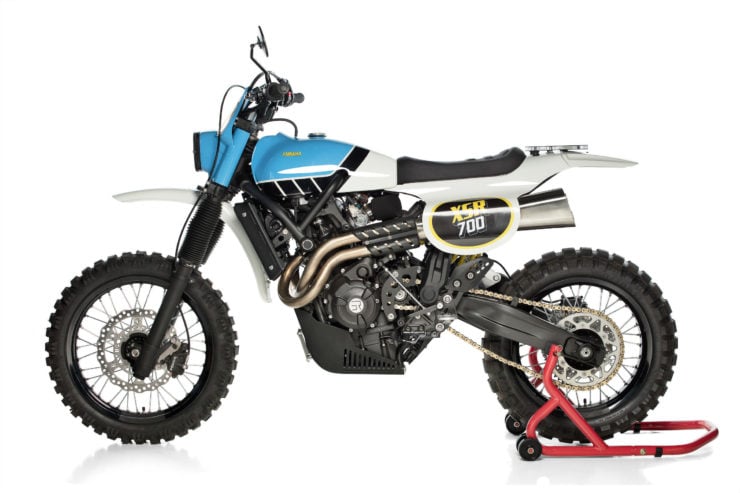 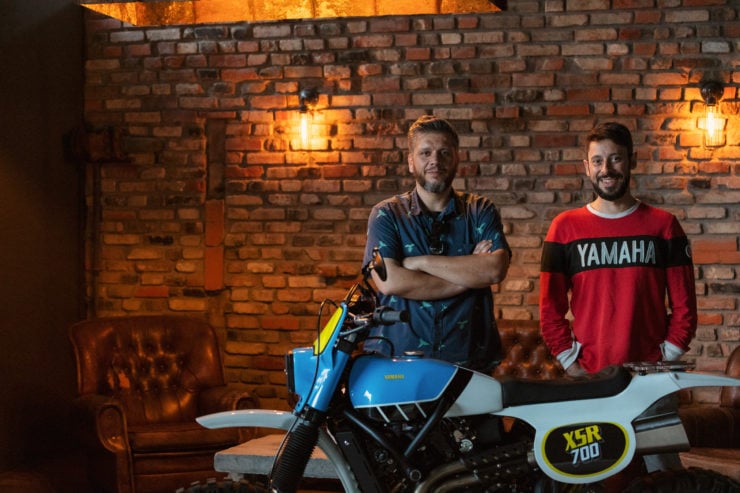 Outside Images by Yamaha Europe 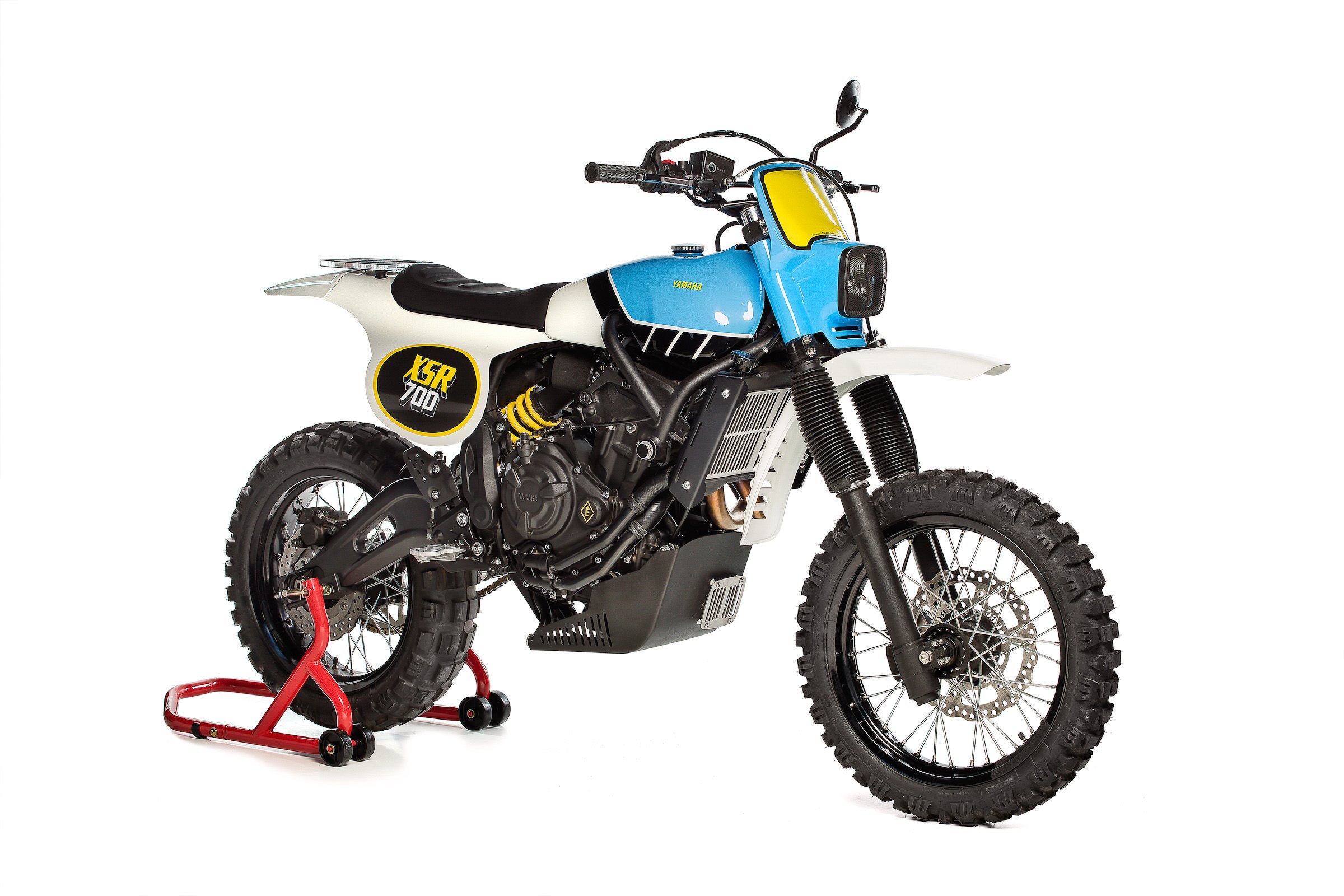 This film from Brightside Media tells the story of the Suzuki GS750, a motorcycle of…

This is the Ducati MH900E Evoluzione, considered by many to be one of the most beautiful…

MoonBikes were invented by Nicolas Muron, a former aeronautical engineer at Dassault Aviation, who was struck…