This Yamaha XS360 is one of those bikes that was brought back from the dead – when it was found by Shamus Mathers it was in such poor condition that even the individual nuts and bolts had to be replaced.

Shamus picked the XS360 up after a 1970 Triumph Tiger that had been passed down to him from his father was destroyed along with the building it was in due to circumstances beyond his control. The fact that the old Yamaha was in terrible shape was more of an encouragement than a hindrance, so he bought the basket-case, took it home and set about pulling it to pieces.

He rebuilt the engine and refurbished the bike part by part till he got to the seat – the upholstery was the only element that he outsourced, choosing to call upon the talents of Ginger at New Church Moto. Shamus went so far as to mix his own high temperature header paint, unfortunately he miscalculated and they came out of the autoclave with a slightly pinkish hue, which is why you’ll note that they’re now covered with white pipe wrap. 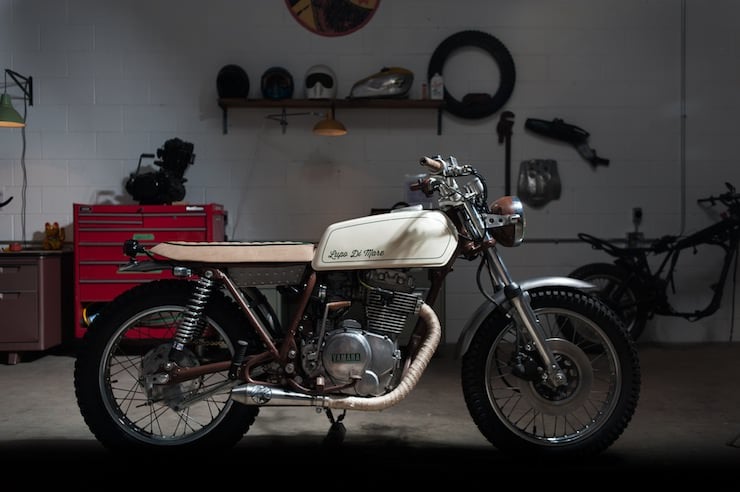 Upon its completion the bike was named “Lupo di Mare” – Shamus spent some time working as a butcher in Italy and this was his nickname when he was there, it means “old fisherman” – a name he earned due to his long beard and careworn smile.

The bike is fitted with a set of dual sport tires for light off-road work, they get the occasional adventure up country backroads and farm trails – The old Yamaha is a reliable steed that’s enjoying a new life far from the knackers yard where she was found.

You can visit Outpost Vahana here to stay up to date with Shamus’ work, the photographs you see here were all taken by the talented Jillian Botting. 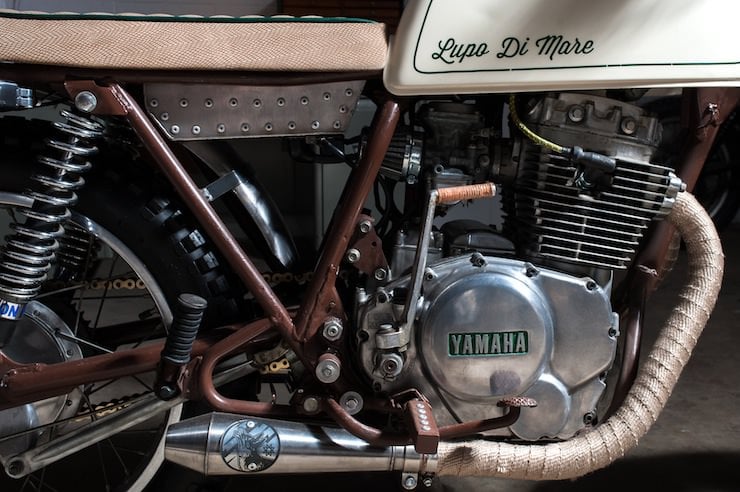 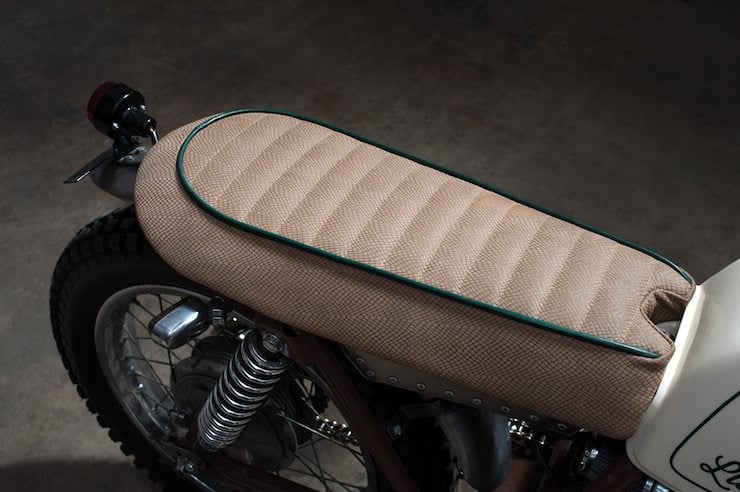 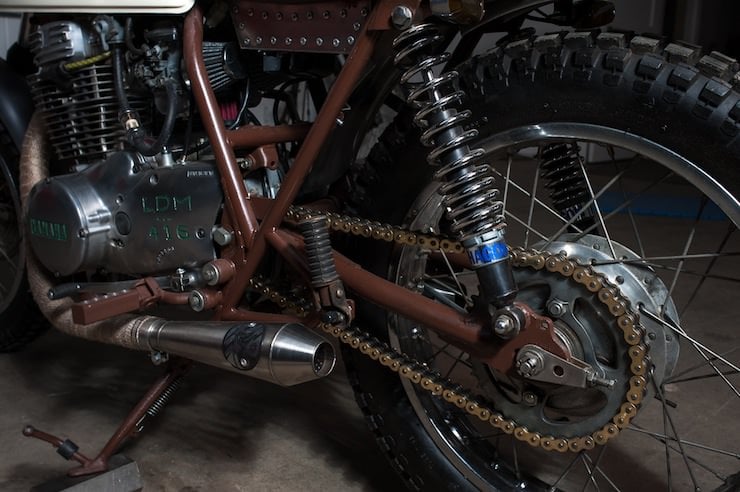 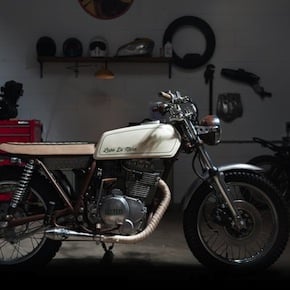