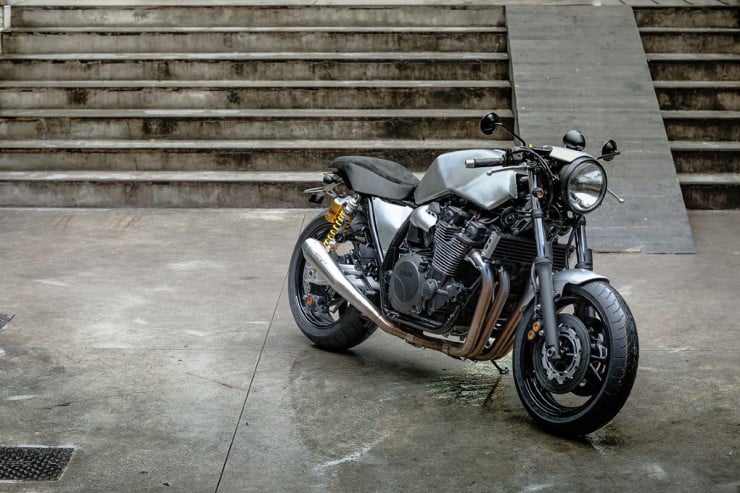 This Yamaha XJR1300 Kit by Deus Ex Machina is the Australian company’s interpretation of what the XJR1300 could have been, in an alternate universe directed by Ridley Scott. Yamaha actually approached Deus and proposed the idea of the kit in early 2013, they wanted to see what Deus would come up with when offered the blank slate of the retro XJR1300. 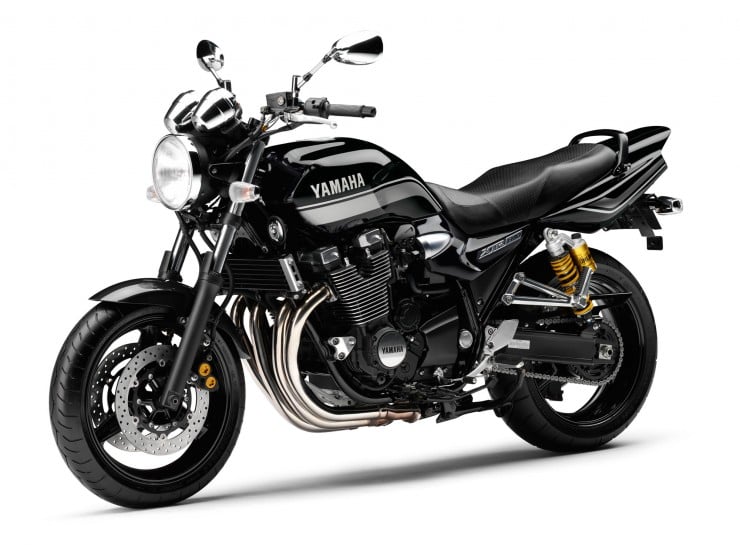 The original XJR1300 (pictured left) is a naked sports tourer with a monstrous 1251cc inline-4 cylinder engine with DOHC and 4 valves per cylinder, it uses a supersport derived fuel injection system, forged pistons with carburised rods and electroplated alloy cylinders – making it one of the most advanced air-cooled motorcycles still in production.

Classic air-cooled Yamahas are the bread and butter of Deus Ex Machina, some of the company’s best known and most loved motorcycles have been Yamaha SR400s, SR500s and XS650s, making the XJR1300 a natural progression.

When the bike was delivered to the Milan garage of Deus the team began by stripping it back to its frame and engine, once they got a good look at its core components they realised that it already had a forward leaning, aggressive stance. Rather than working against this they decided to further emphasise it by adding wider clip-ons and then hand fashioning their own bodywork out of 2mm Aviometal aluminium.

The design of the fuel tank was rehashed a number of times, the team wanted it to flow with the structural look of the bike and have achieved a look that makes it look like it’s almost flowing out of the welds and bends in the frame.

To further increase the bike’s performance capabilities, two new discs by Discacciati were added at the front, an EU-compliant exhaust from  SC-Project was added, an Acewell tachometer replaced the stock instrument cluster, a custom made two seat saddle replaced the stock unit and Marvic magnesium wheels were added front and back.

The kit by Deus is now available as either a performance upgrade or full set, neither of the options are cheap but the finished result is a stunningly beautiful motorcycle that’ll cost you a lot less than an off-the-shelf custom from many high-end garages. 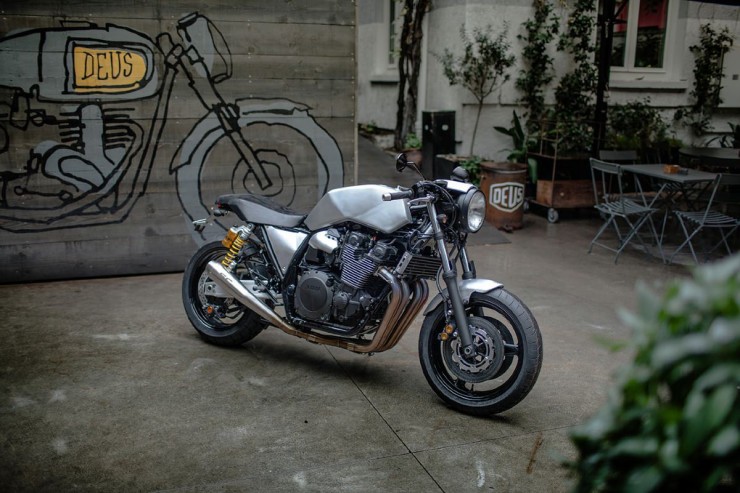 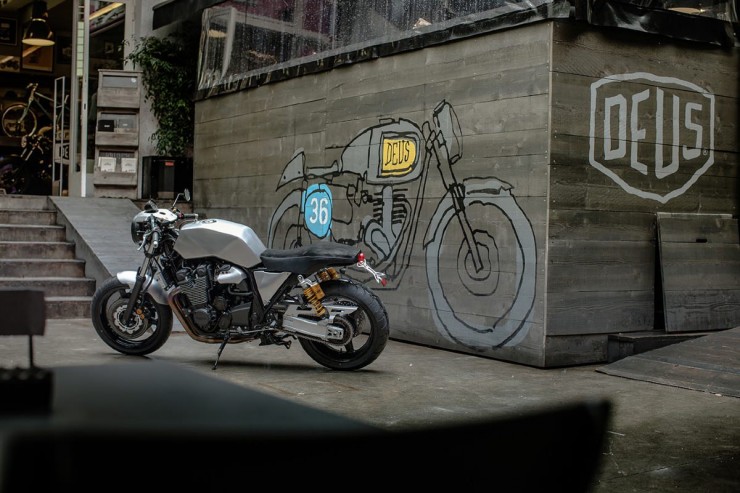 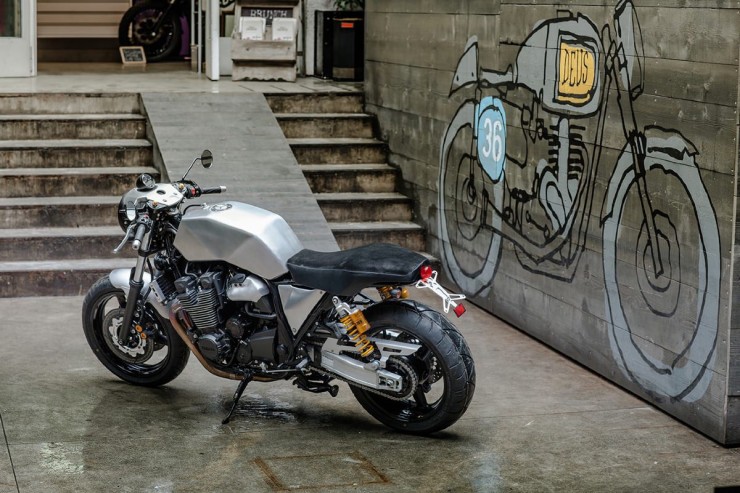 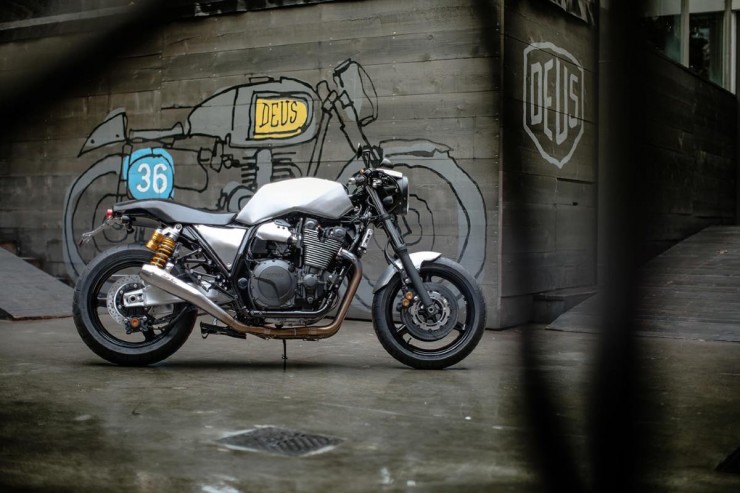 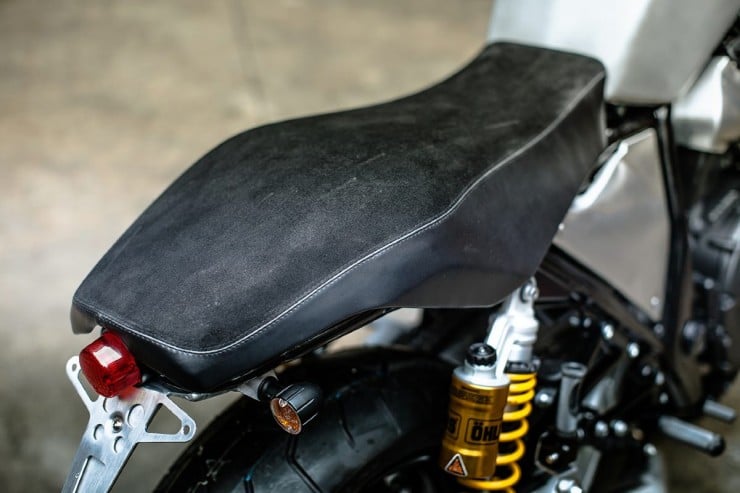 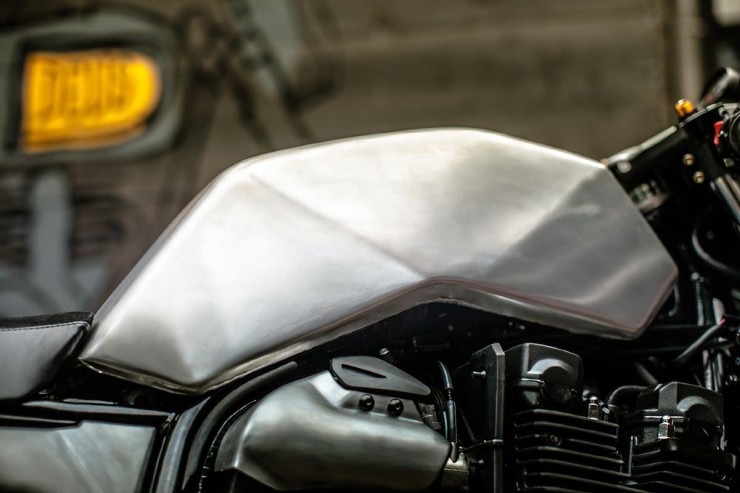 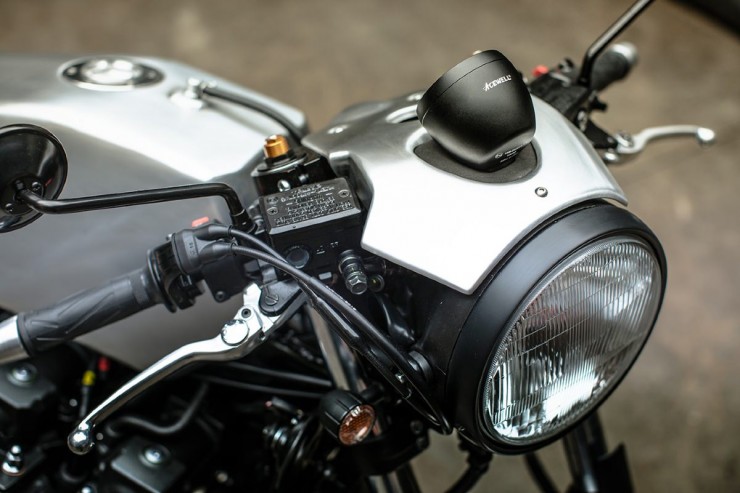 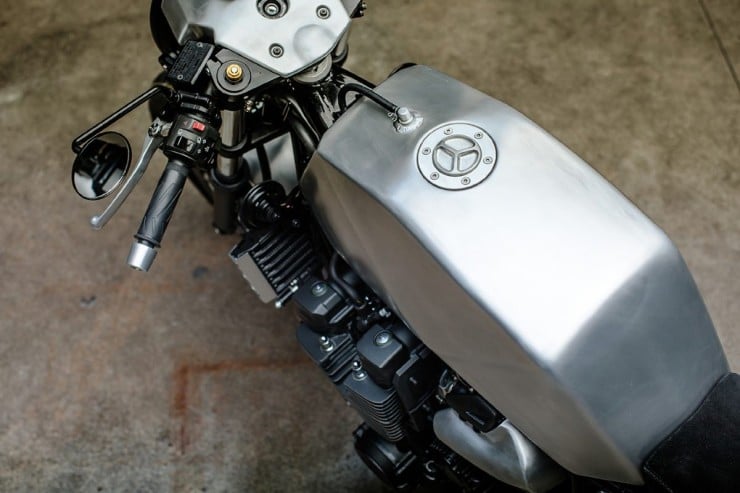 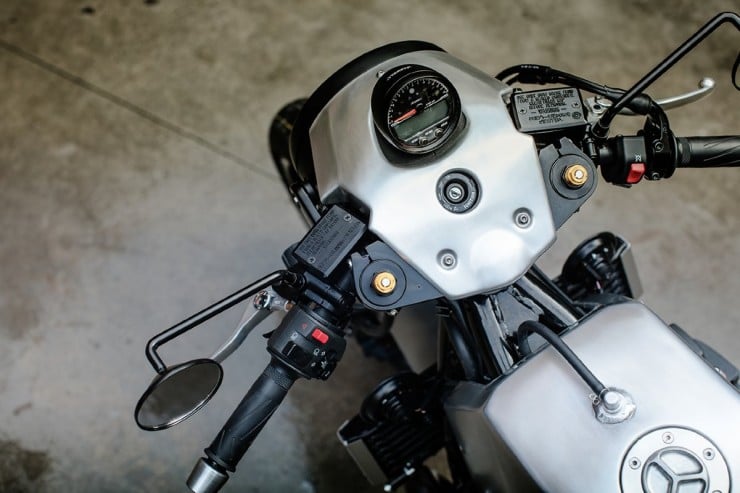 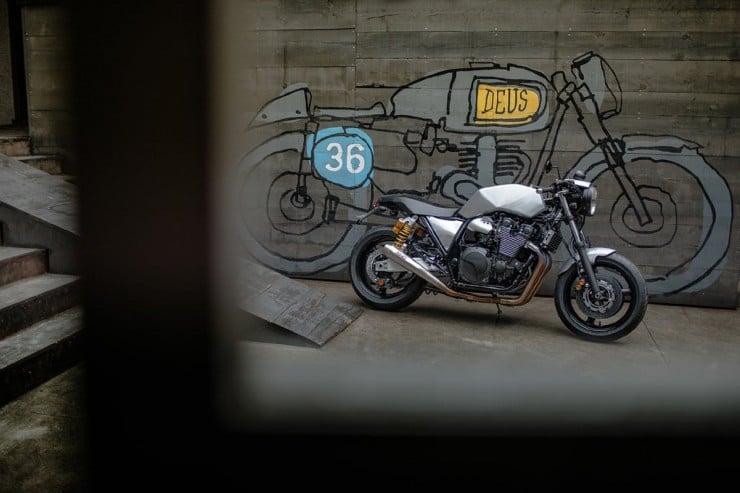 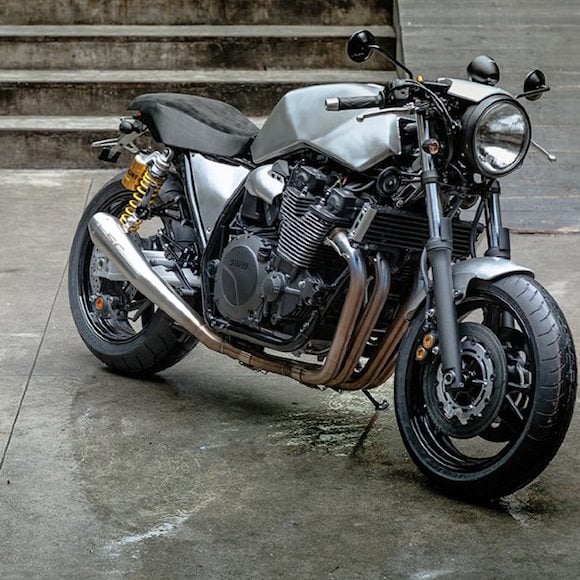