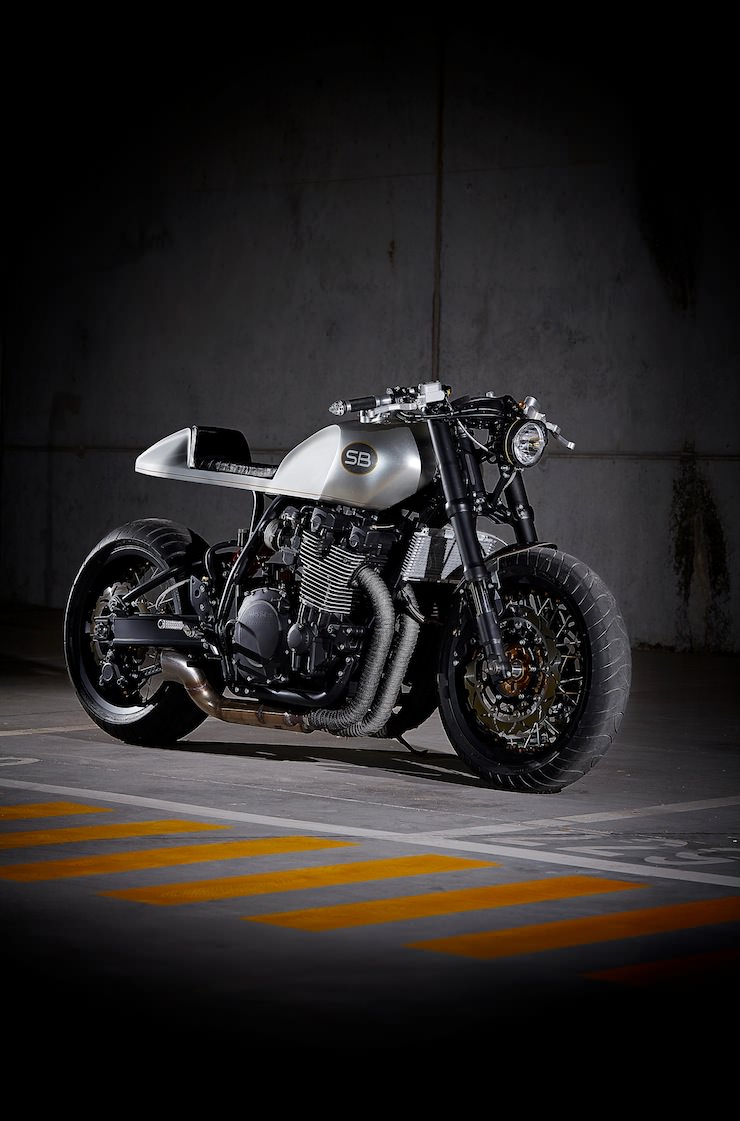 It roCkS!bikes is the slightly unusually named Portuguese motorcycle garage that brought us the remarkably handsome CB750 custom earlier this year, that bike is still one of the most popular so far in 2013 and one look at it is all you need to understand why.

Their latest creation is based on the fire-breathing Yamaha XJR 1200, both Osvaldo and Alexandre had wanted to build one and so when a new bike was commissioned, they seized the opportunity. A 1997 XJR 1200 was located, bought and transported to the it roCkS!bikes garage – then work began.

The 233 kilogram weight of the original XJR 1200 bothered both of the men, they’re engineers in their day jobs and so with the mindset of people who can do the sort of mathematics that uses numbers, letters and brackets, they set about modifying the bike. 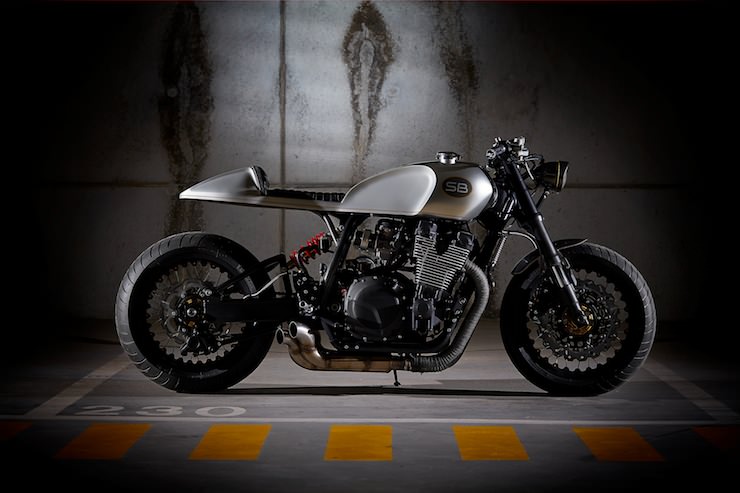 The forks were removed and replaced with the inverted forks from a Yamaha YZF, the twin-shock rear suspension was removed, the swing-arm was modified and a mono-shock was added. To further reduce weight the stock rims were tossed and a set of much lighter XJR 1300 “Kineo” tubeless rims were added.

The left side engine cover was then replaced with an aluminium unit to trim even more off the gross weight, a custom stainless steel exhaust was then created and bolted onto the engine. As you may have noticed, it doesn’t have a muffler, which has lead to it sounding like an angry, four-cylinder Jabberwocky.

The final touch was the beautifully designed seat-cowling-tank, this is quickly becoming an it roCkS!bikes signature touch and I’ll be amazed if it doesn’t begin to influence other custom motorcycle builders. The finished product looks utterly beautiful, almost like a factory concept bike. 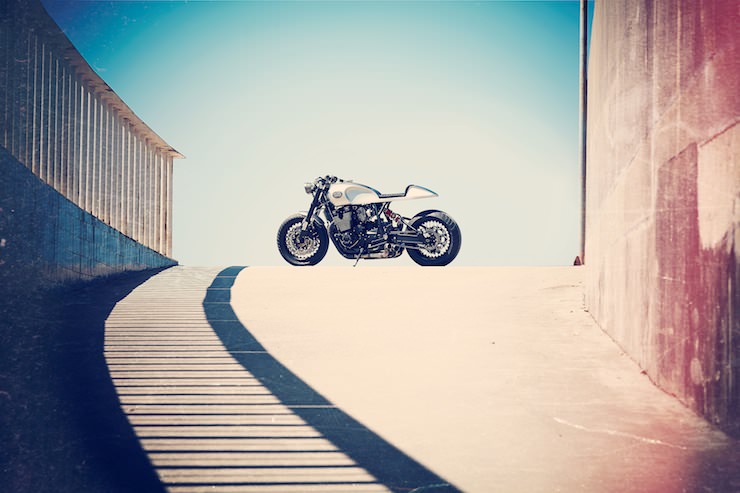 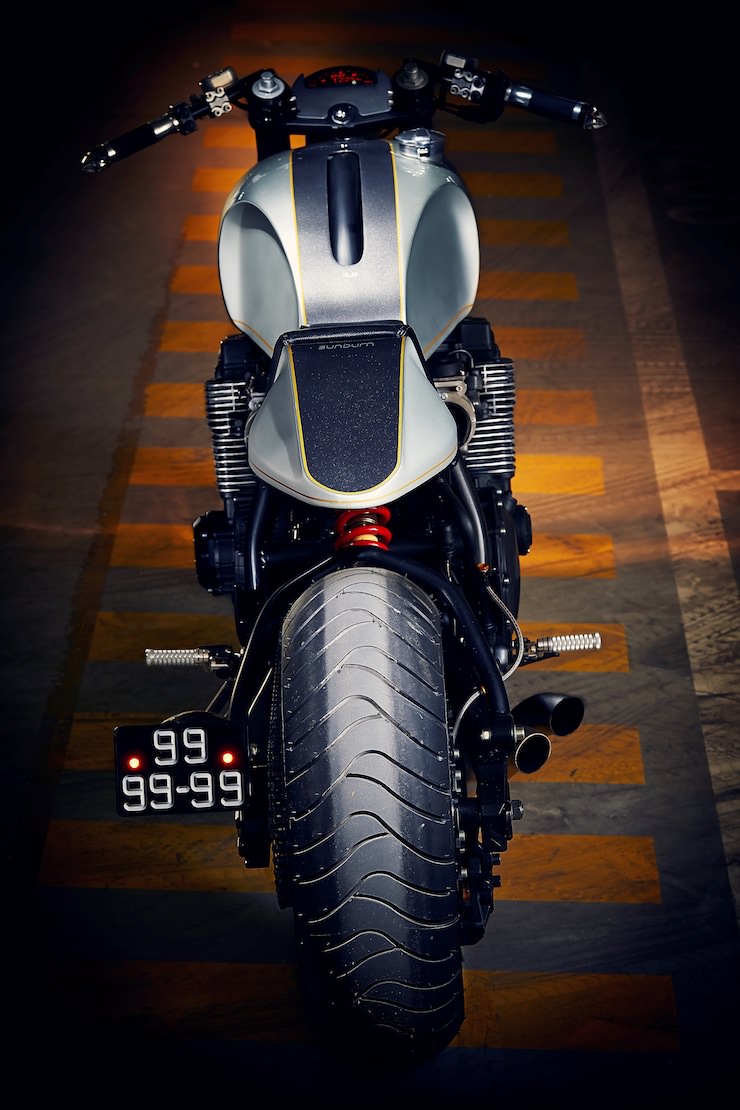 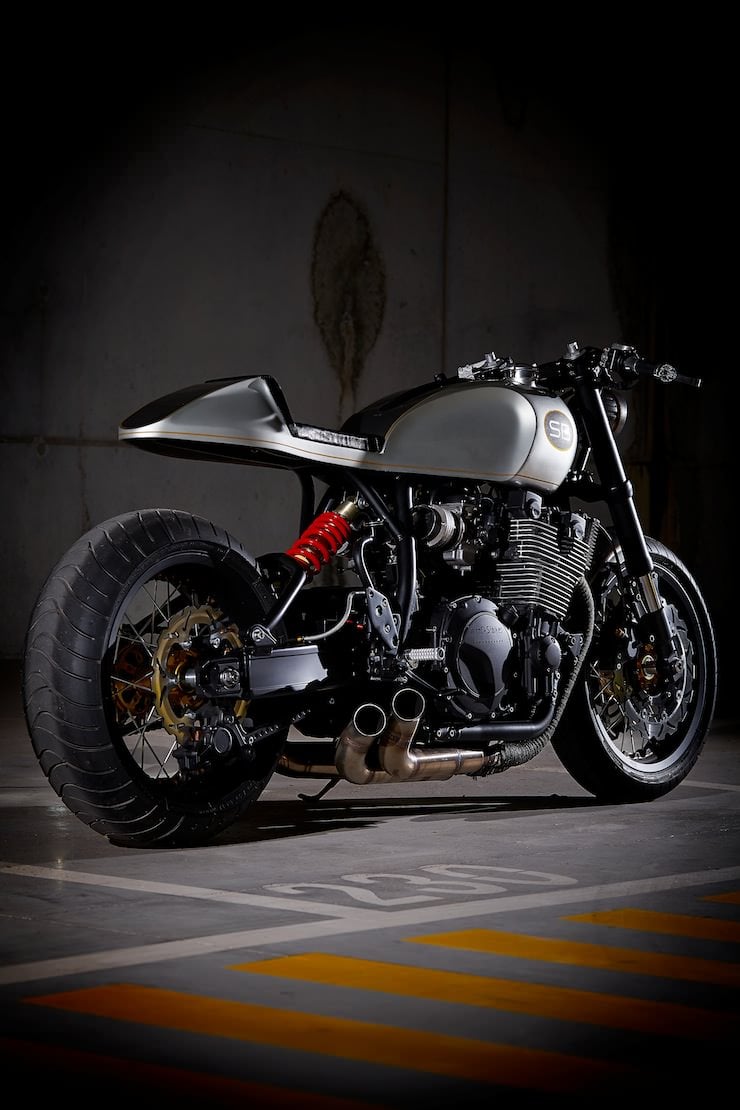 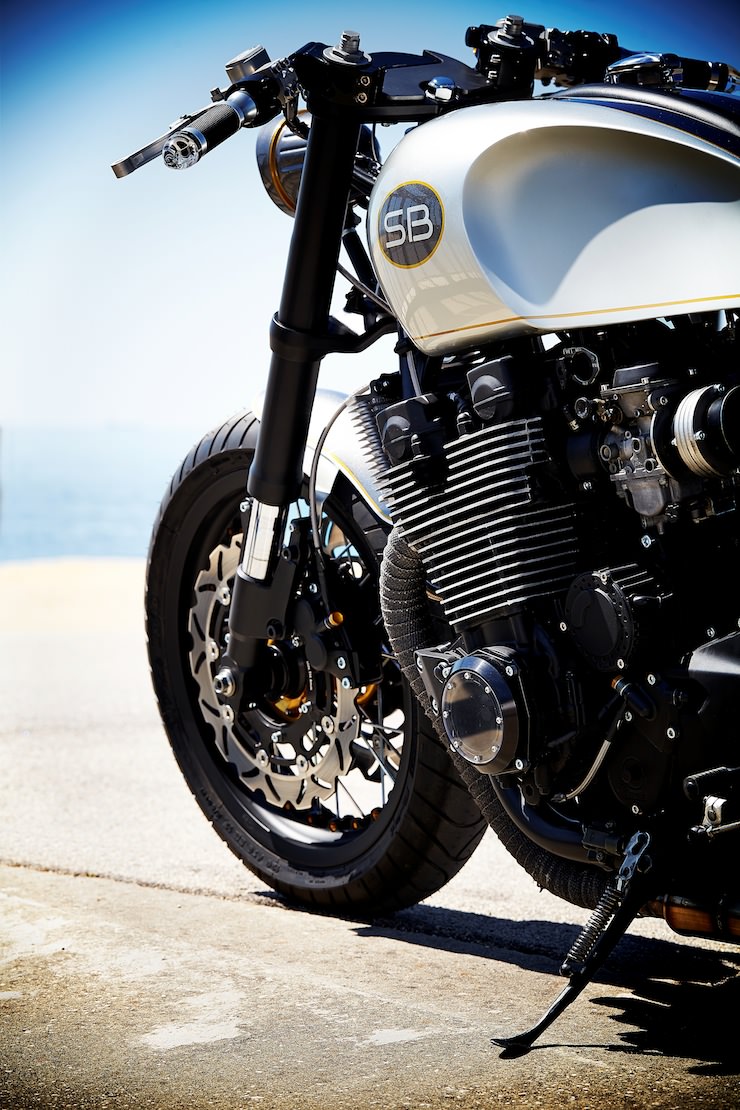 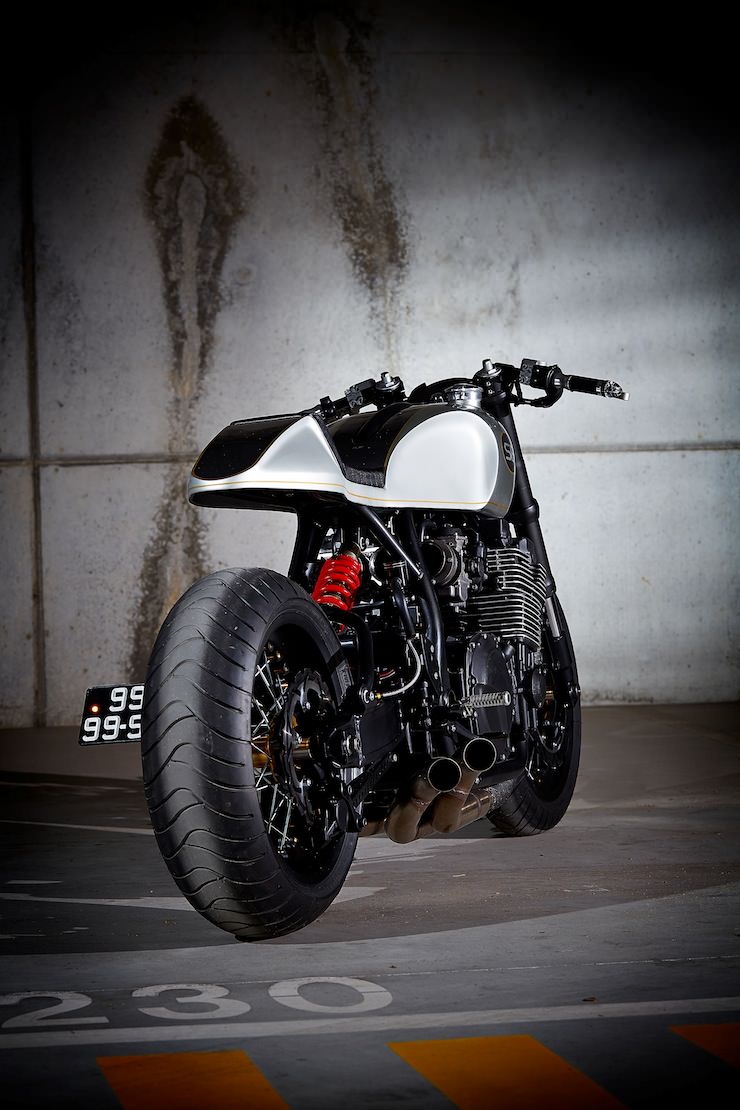 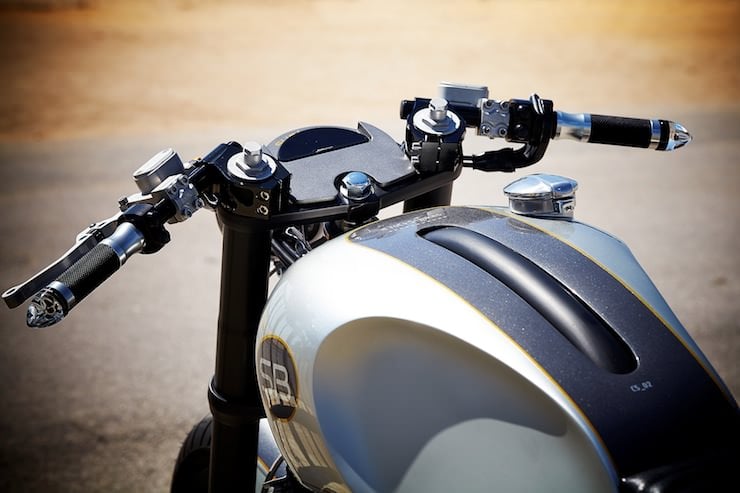 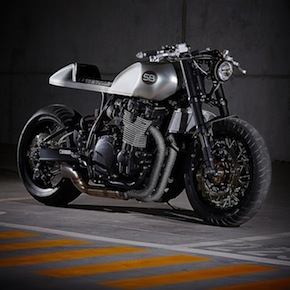