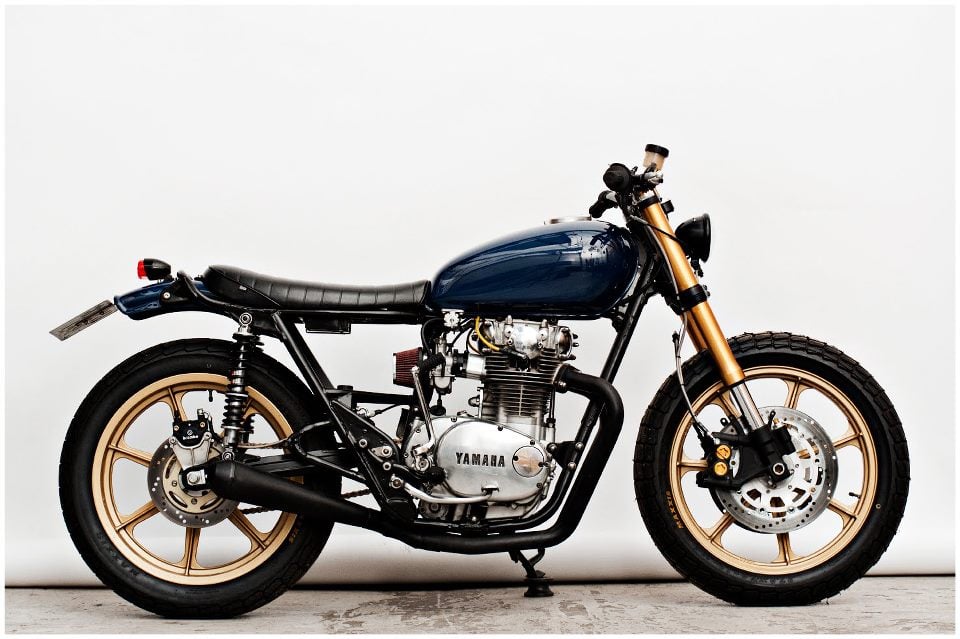 I’ll be sending pictures of this brilliant, minimalist Yamaha XS 650 Street Tracker over to Rex at Garage Project Motorcycles, he’s been advising me on a project I have planned to build an XS650 Tracker and this bike has a lot of the elements I want to incorporate into the design.

The engine in the Yamaha XS 650 is a twin cylinder power plant that can trace it’s roots all the way back to 1955 and a company called Hosk, Hosk had a twin cylinder 500cc engine and the Hosk engineers decided to increase it’s capacity, so they developed a 650cc version right before the company was sold to the Showa Corporation, then shortly after in 1960 Showa was sold to Yamaha. In the mid-1960s Yamaha was looking to develop a mid-range twin and someone stumbled across the blueprints of the Hosk 650, the Yamaha engineers fell in love with the design and after tweaking it just a little, they approved it for mass production.

The XS 650 is perhaps most famous as the engine that powered Kenny Roberts in the early 1970s, possibly making it the coolest engine choice possible for any retro, flat-tracker style bike.

This bike was built by a friend of the Wrenchmonkees in Copenhagen, he’s done a fantastic job on the build and created what many including myself would consider to be the classic, daily rider motorcycle. Flat-tracker tires have been fitted front and back with Brembos and inverted, high performance forks. The blue, black and gold colour scheme works a treat and if you’re in the market for a new daily rider it just happens to be for sale – Contact the seller via The Wrenchmonkees here. 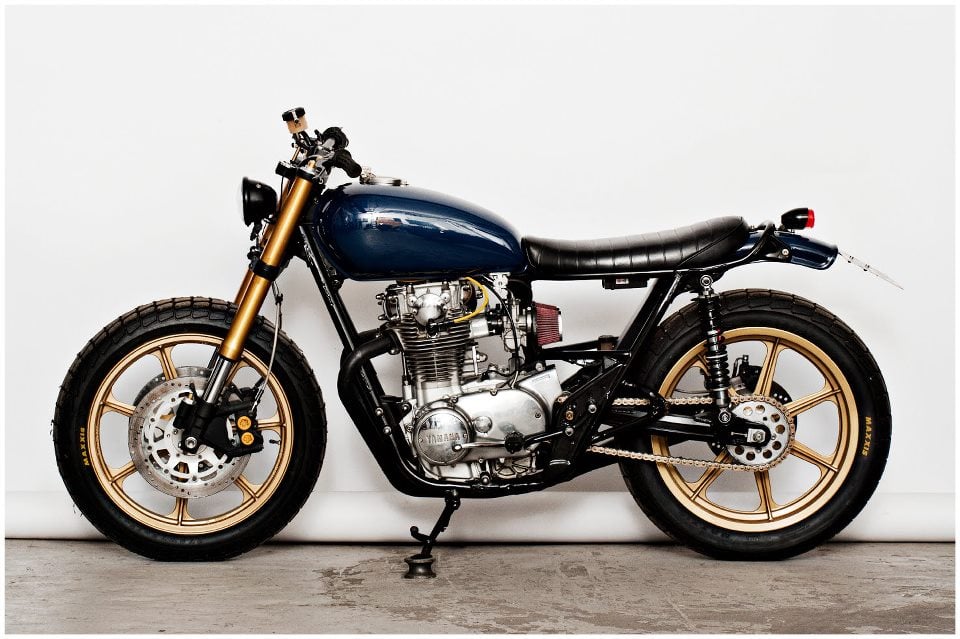 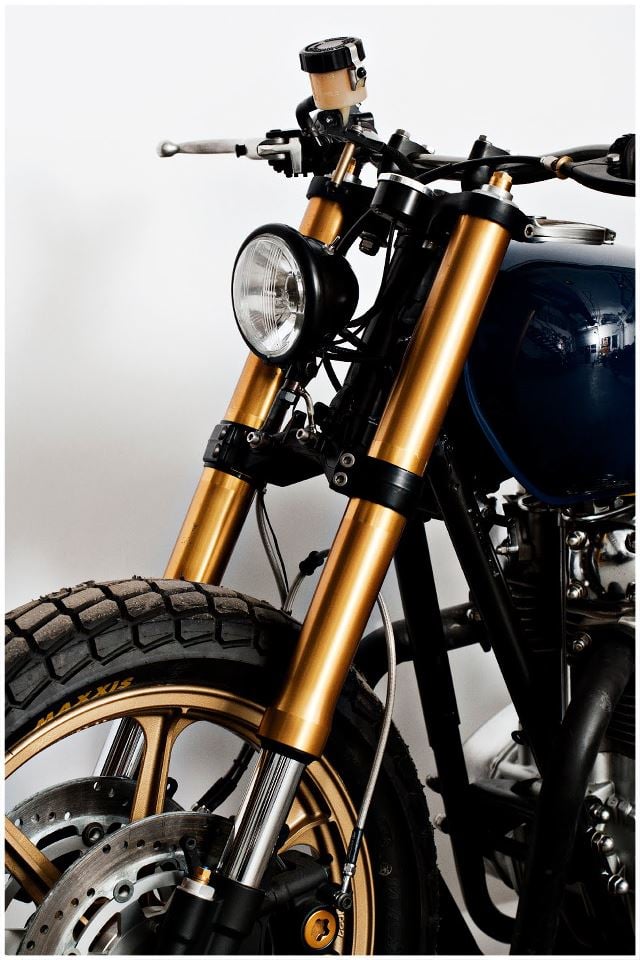 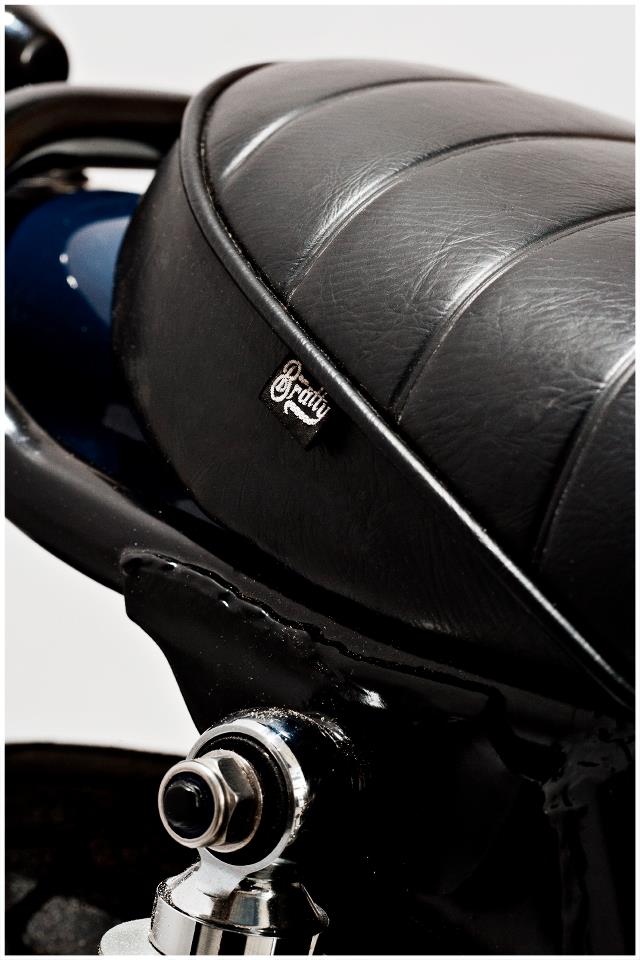 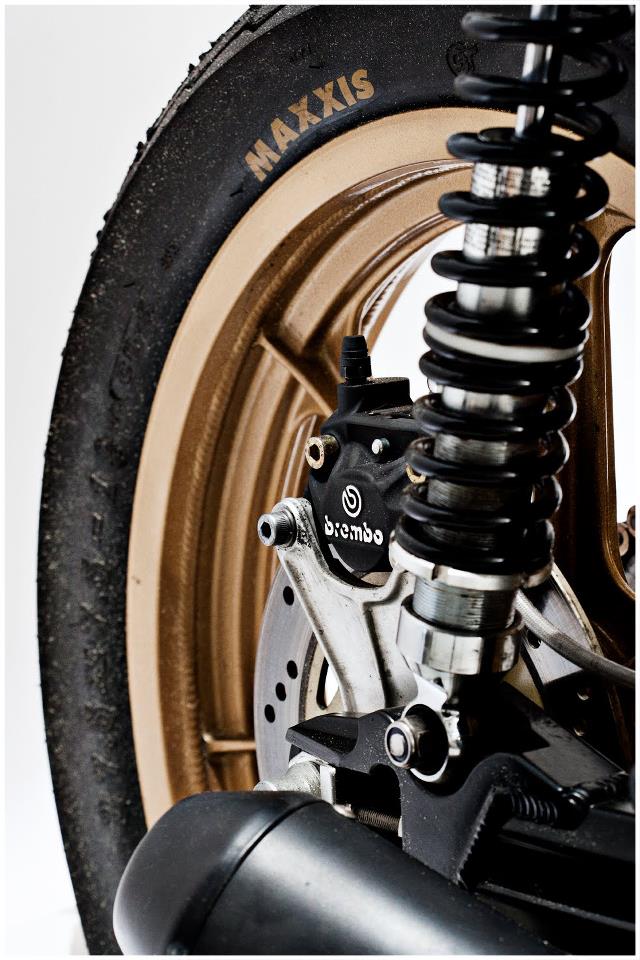 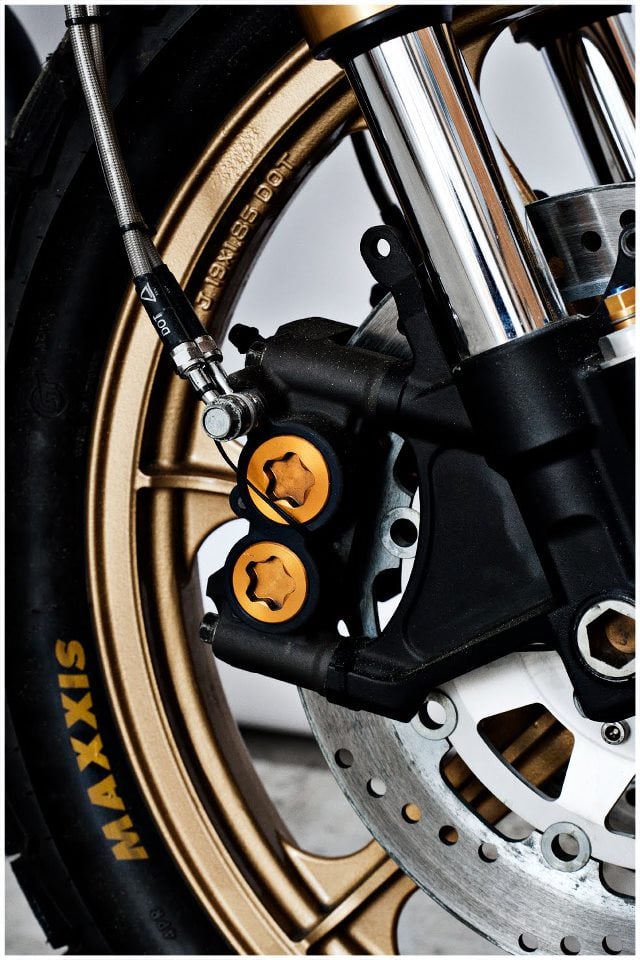