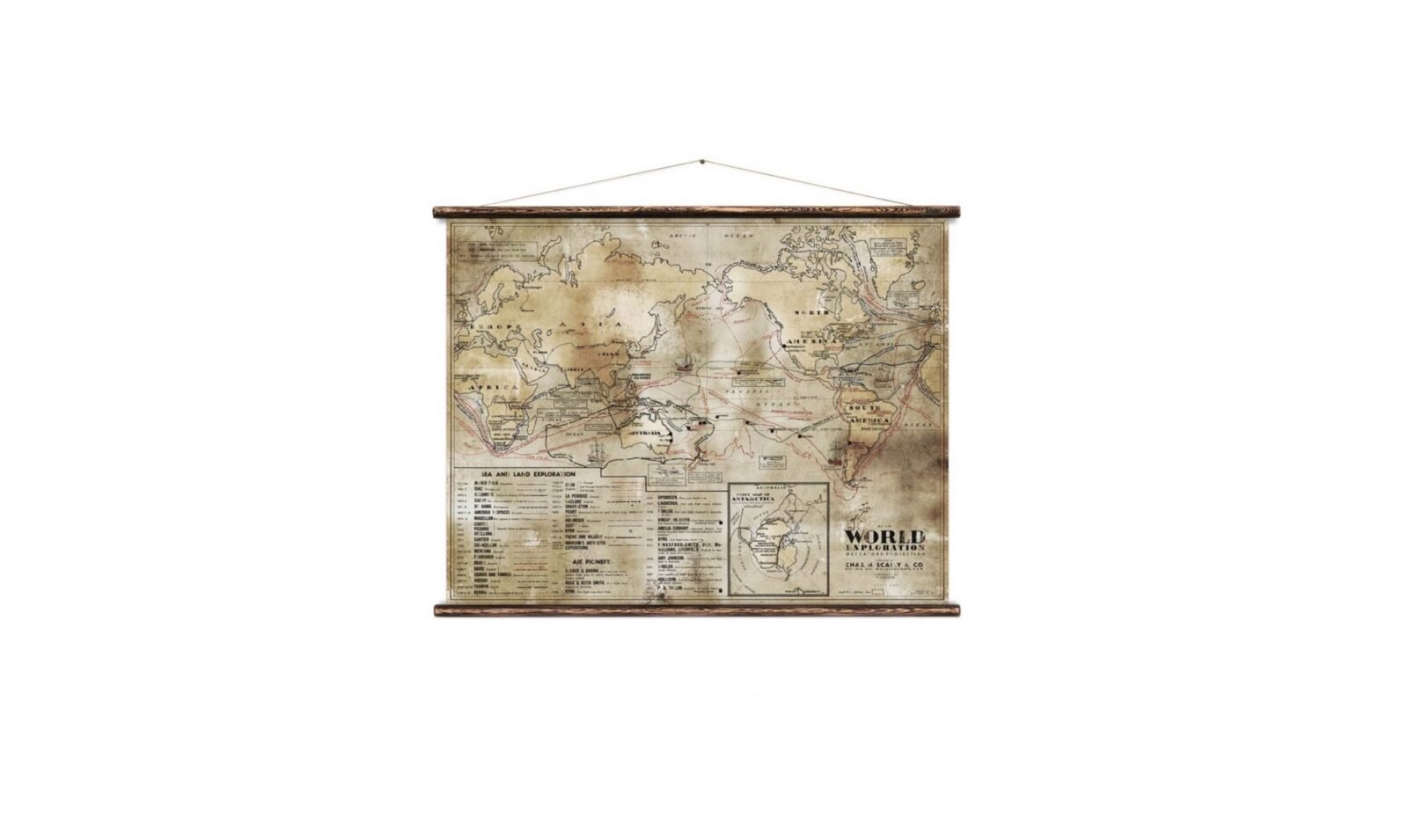 The World Exploration Map by Erstwhile is a reproduction of an original vintage map published by Chas. H. Scally & Co, of New South Wales, Australia. It measures in at 130cm x 106cm, and shows historic routes on land, sea and air, with the inset Map of Antarctica, and a detailed legend showing which routes belong to which explorers.

The map has been reprinted with extreme attention to detail on Airtex canvas, then hand-mounted with aged timber batons and 100% hemp rope – and each is supplied ready to hang. 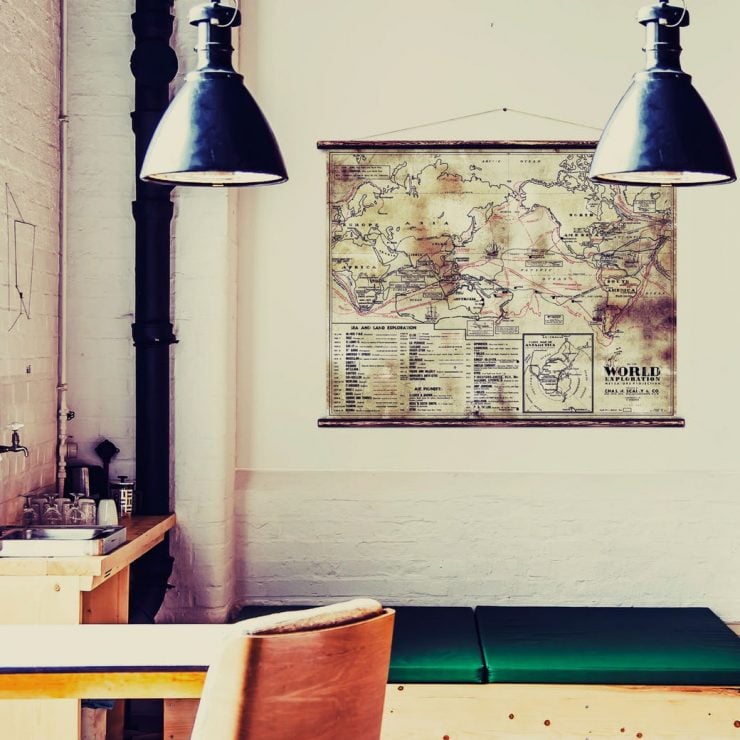 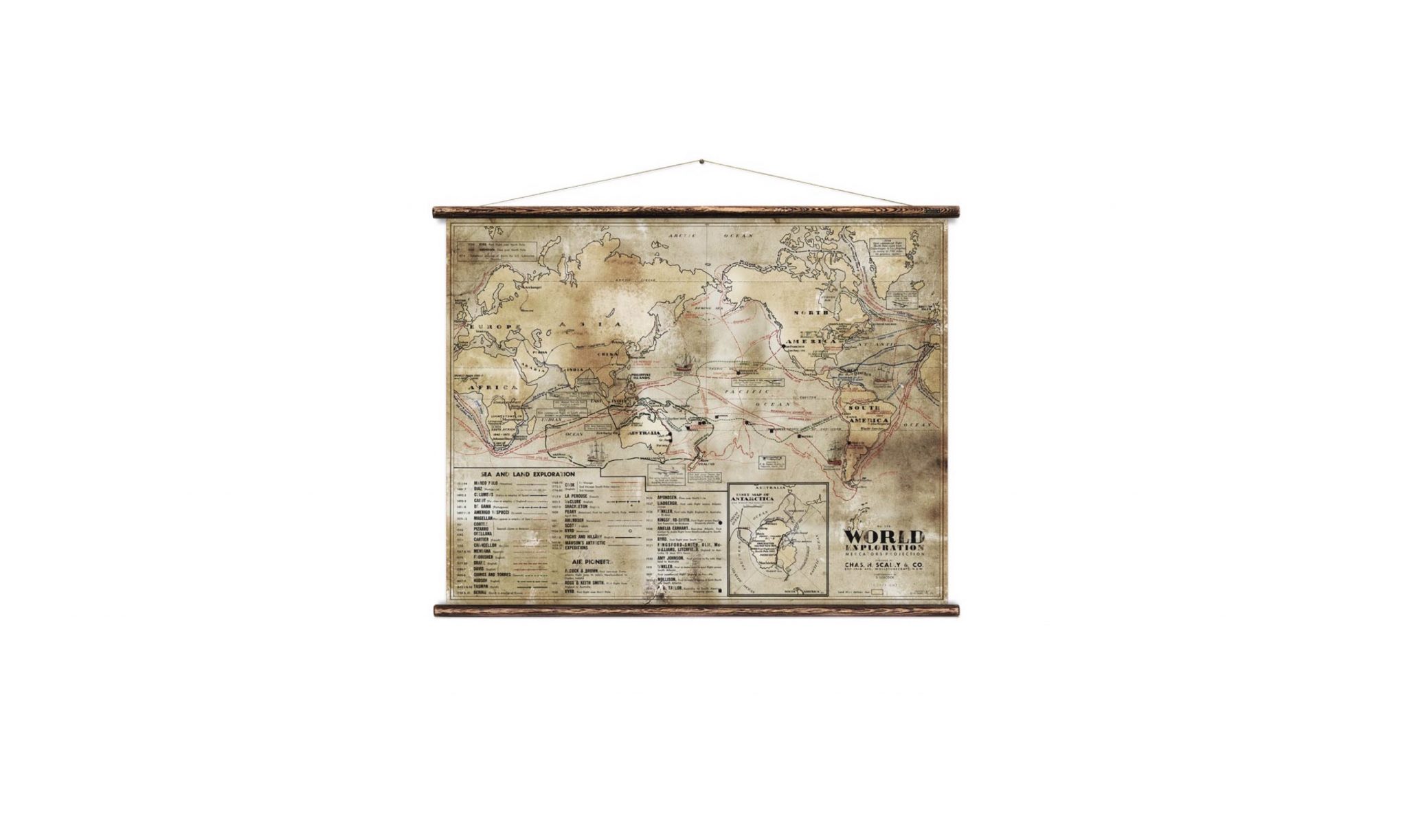