The I-500 snowmobile race was an endurance event held annually between Winnipeg, Manitoba in Canada, and Saint Paul, Minnesota in the United States.

The 500 mile long course was legendary for its brutality and the rate of attrition was high, many riders were forced to stop due to mechanical breakdowns, physical injuries, or crashes – and all of this took place on snowmobiles that were far more primitive than their modern counterparts.

Temperatures plunged to below -20ºF (-28ºC) and riders would reach speeds in excess of 84 miles per hour on some of the straight sections of the course.

Regular stops for fuel and oil were required and riders would typically cover 170 miles of terrain each day for three days in a row before a winner was declared. 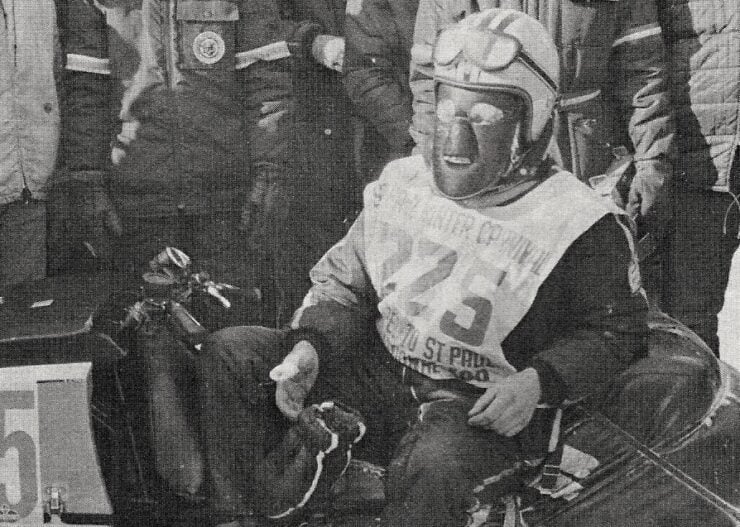 Above Image: Riders came up with a variety of ways of protecting their bodies from the -20ºF blast of air they would encounter when riding at speeds of over 80 mph, sometimes with no windshield.

There has been some confusion over the years between the Winnipeg to St. Paul I-500 and the International 500 snow mobile race. Both are often abbreviated to I-500 however they’re markedly different events.

The Winnipeg to St. Paul is a cross-country endurance race and the International 500 takes place on a one mile snow oval track in Sault Ste. Marie in Ontario, Canada.

The best way to describe the races is probably to compare the Winnipeg to St. Paul with the Paris-Dakar Rally and the International 500 with the Indianapolis 500 – the race after which it was originally modeled.

Both races became wildly popular and they’re still viewed today as some of the best snow mobile endurance racing in history. If you’d like to read more about the history of the race you can click here. 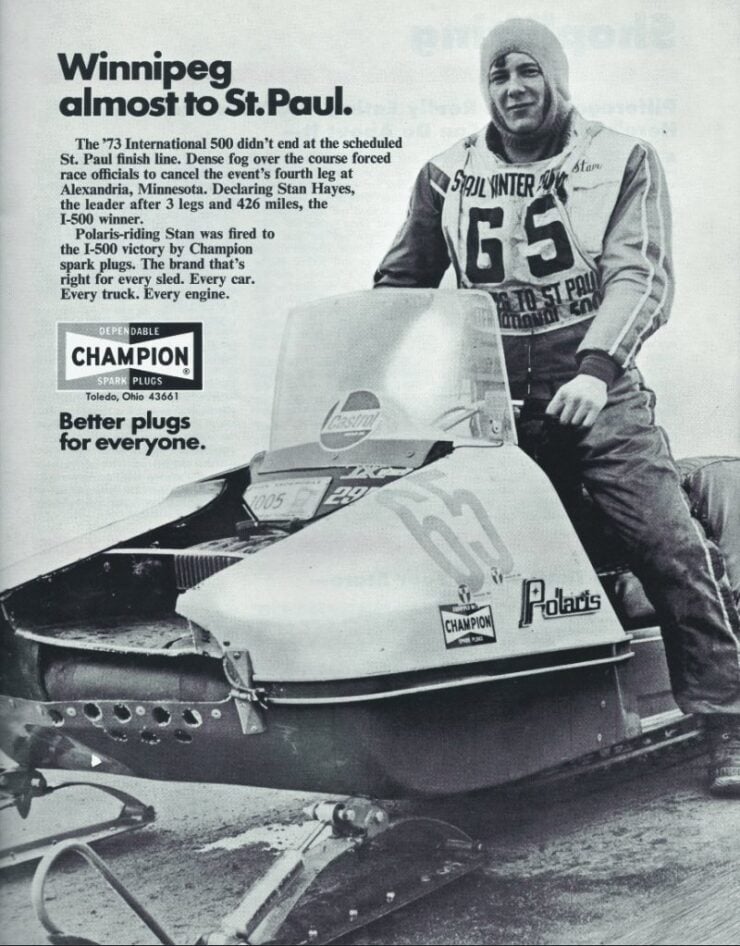