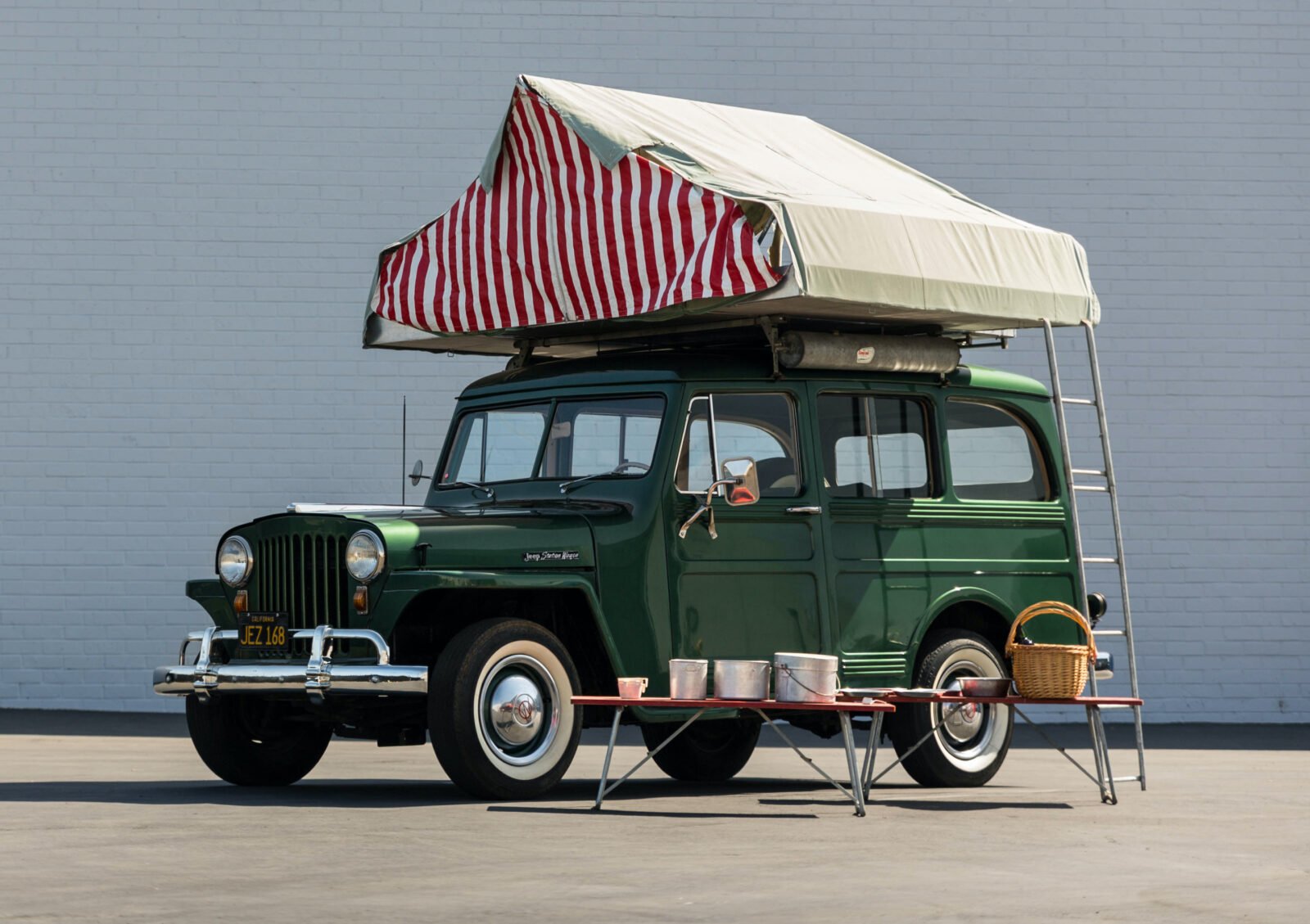 This Willys Jeep Station Wagon was converted into an overlanding and camping vehicle using many of the same additions that people add to their vehicles nowadays, including a roof mounted A-frame tent with ladder, roof rack mounted storage, and roof rack mounted water tanks.

The concept of motor vehicle camping has been around almost as long as the automobile, and of course many of our ancestors ventured out on long cross-country journeys in horse drawn carts that were set up with canvas roofs and living accommodations.

The Arrival Of The Willys Jeep Station Wagon

The camping and outdoor recreational boom that occurred in the United States and many other western nations in the years after WWII led to a surge in new companies offering a wide variety of camping equipment and other accessories for Americans setting off on adventures.

American automobile manufacturers weren’t slow to cash in on this trend either, with Willys quickly producing civilian versions of their indestructible WWII-era Jeep. Countless GIs had driven and/or ridden in Jeeps in the war, the tough little 4×4 was deployed across Europe, North Africa, and the Pacific meaning that it became a familiar sight to millions.

Many of these GIs had fallen in love with the challenge of off-road driving during the war and in the post war years they went in search of Jeeps they could use for weekend adventures. Willys unveiled the Jeep Station Wagon in 1946, just a year after the war had ended. It was the world’s first mass-produced, all-steel station wagon and it proved an instant success – with over 300,000 built between 1946 and 1964.

The body of the new Willys Station Wagon was designed by Brooks Stevens, one of America’s most highly respected industrial designers and a man who singlehandedly designed a staggering range of products. Stevens designed everything from cars and motorcycles to trains, bicycles, boats, and even some things you may not have expected, like the Miller beer logo and the Weinermobile. 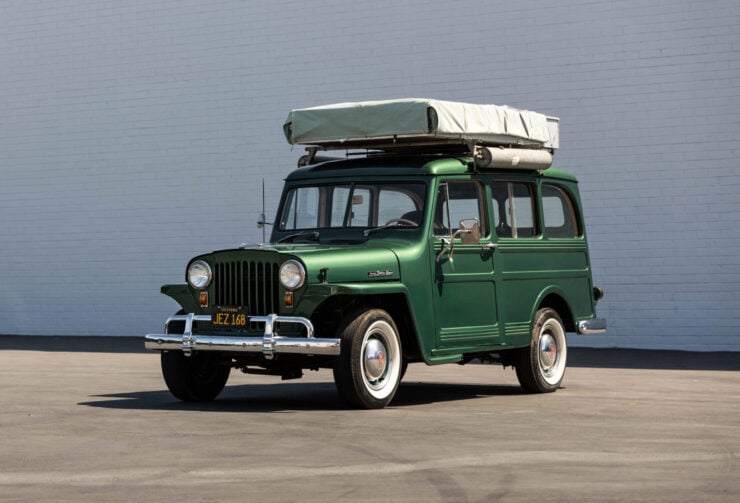 Above Image: The tent folds away for transport, in this image you can also more clearly see the cylindrical water tank on the side of the roof rack.

Many of the parts used under the steel Brooks Stevens body were sourced from the Willys Jeep initially as there was no shortage of supply after wartime production had ended. The first Willys Station Wagon was powered by the L-134 Go Devil flathead inline-four cylinder engine, and a slew of other components from the original Jeep were used. This had the added benefit of keeping costs down, ensuring there was no shortage of mechanics who could work on the vehicle, and it meant that there were plenty of spare parts available.

Willys updated the model relatively quickly over its early life, with uprated engines and a growing options list. Four-wheel drive was offered for the first time in 1949 and the considerably more powerful 6-226 Super Hurricane flathead inline-six engine was offered in 1954.

It would be the Willys Jeep Station Wagon that would establish the company as a major manufacturer of civilian off-road vehicles, a role that it continues to fulfill today, albeit after the original company has been bought and sold a number of times.

The Station Wagon you see here is an excellent example of the kind of camping set up that was available to people back in the mid-20th century. The beautiful roof rack mounted tent folds open to reveal a classic A-frame structure that can sleep two comfortably, with occupants getting in and out via a small steel side ladder.

There are cylindrical water tanks on either side of the roof rack, they’re mounted up high so that they will have a little water pressure for rinsing pots and pans, showering, and washing the sand off after a trip to the beach. Around the back of the tent you’ll find a lockable storage box for things you might not want to store in the car, like fishing rods or wet clothing.

If you’re in the market for a 1940s-era adventure wagon this one is due to cross the auction block with RM Sotheby’s in May. At the time of writing there’s no price guide listed, you can click here if you’d like to visit the listing. 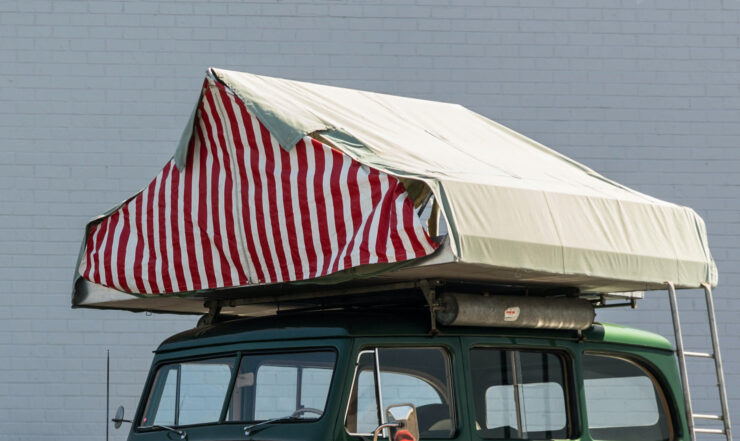 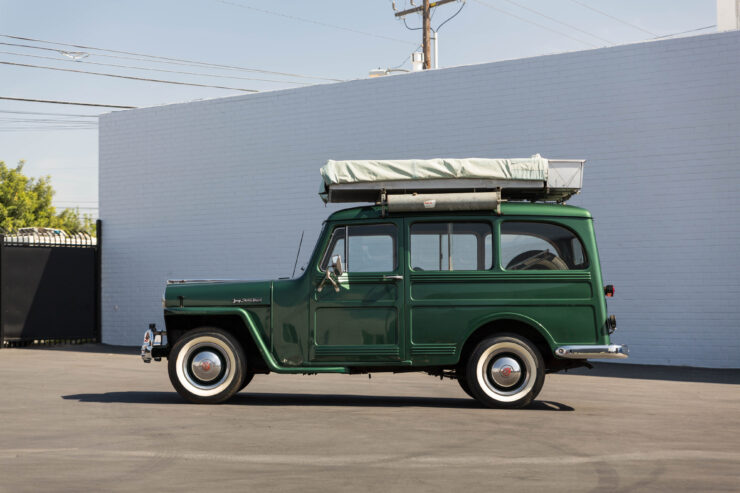 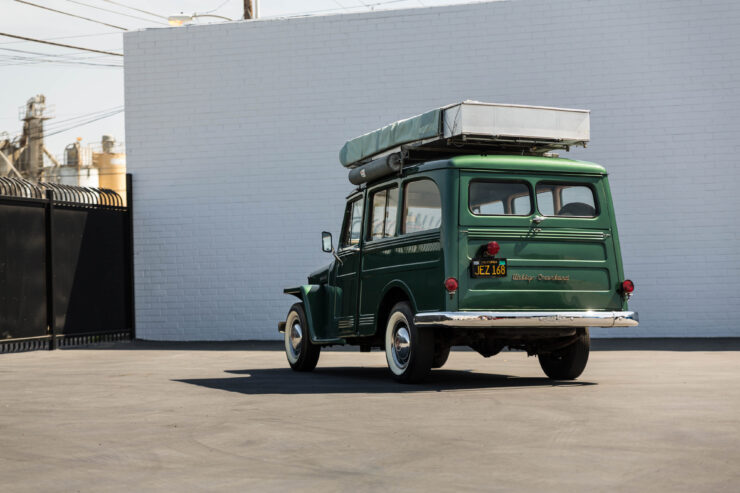 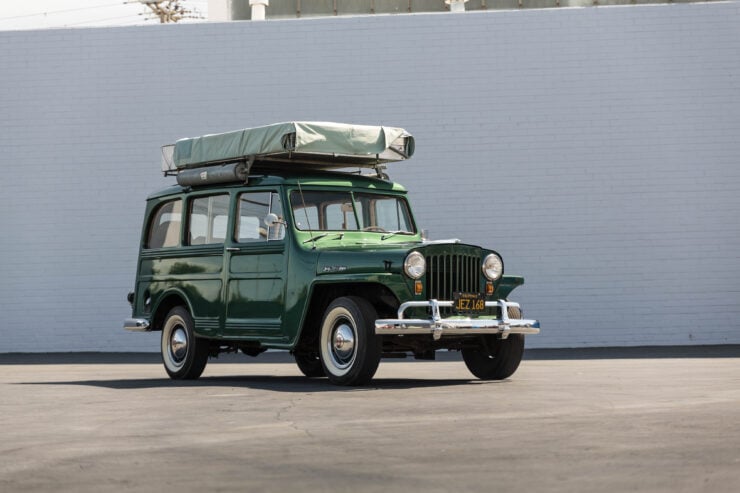 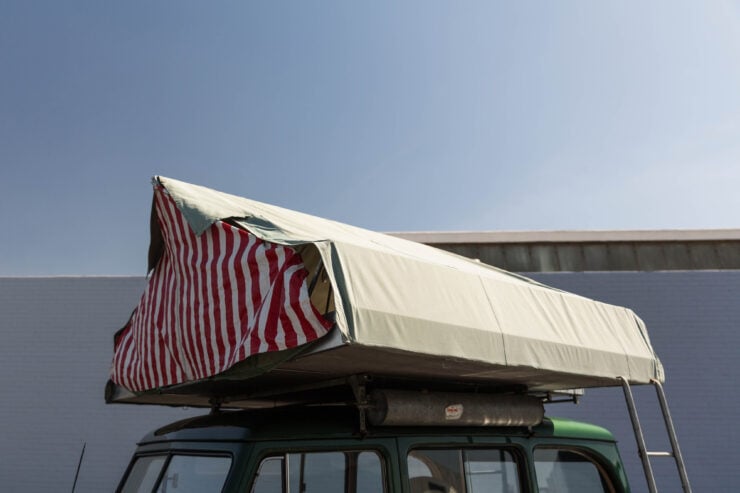 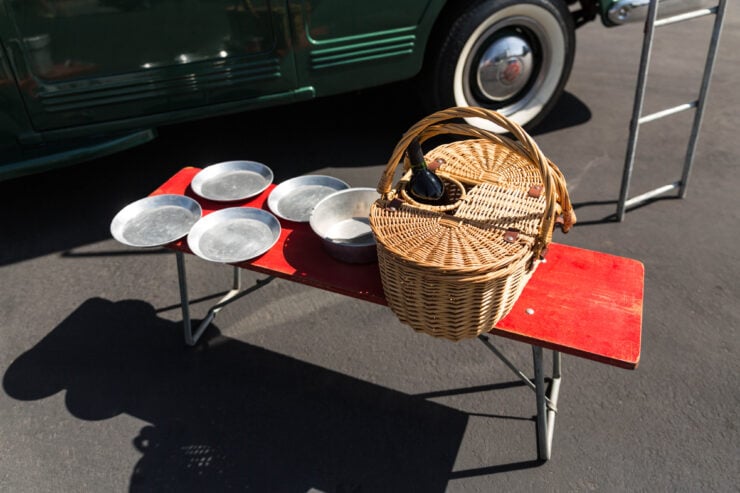 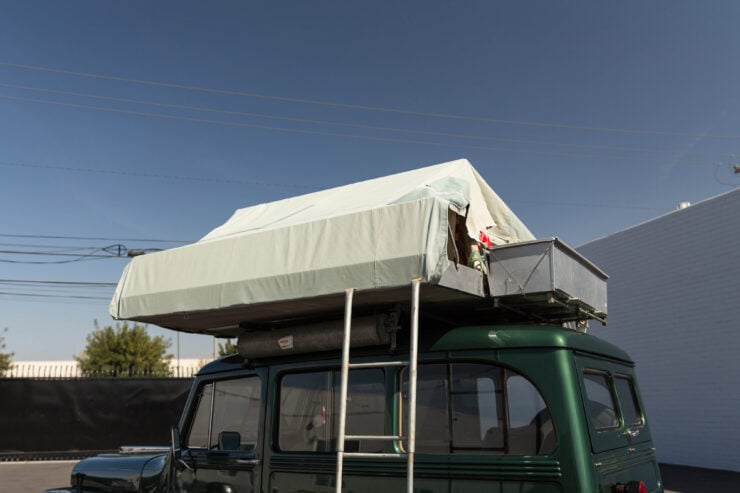 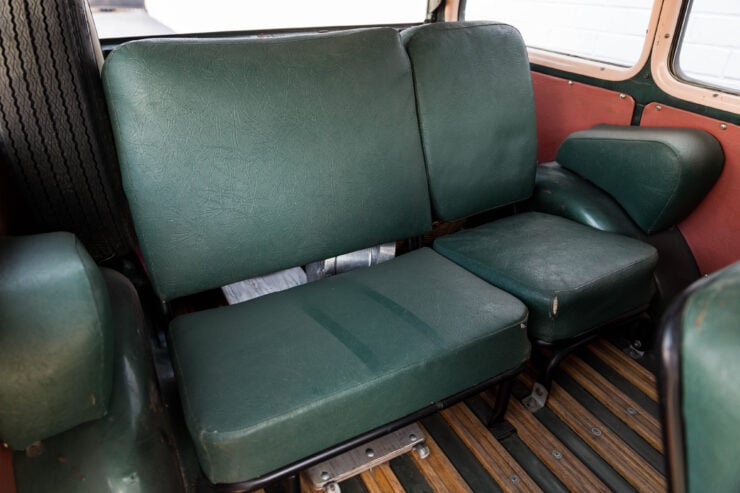 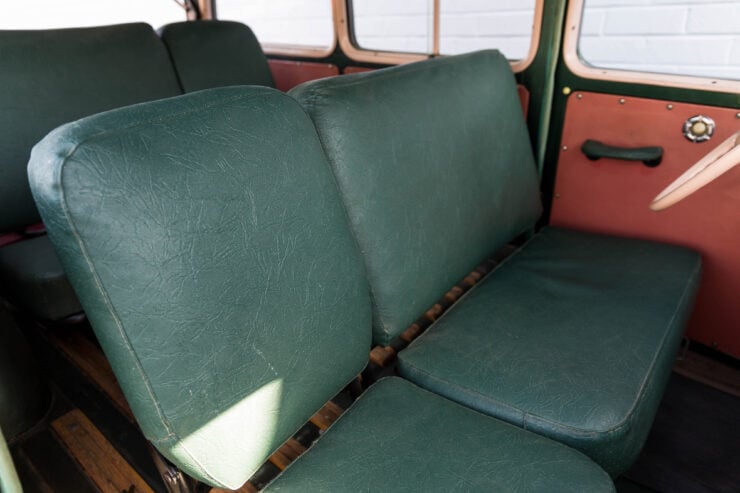 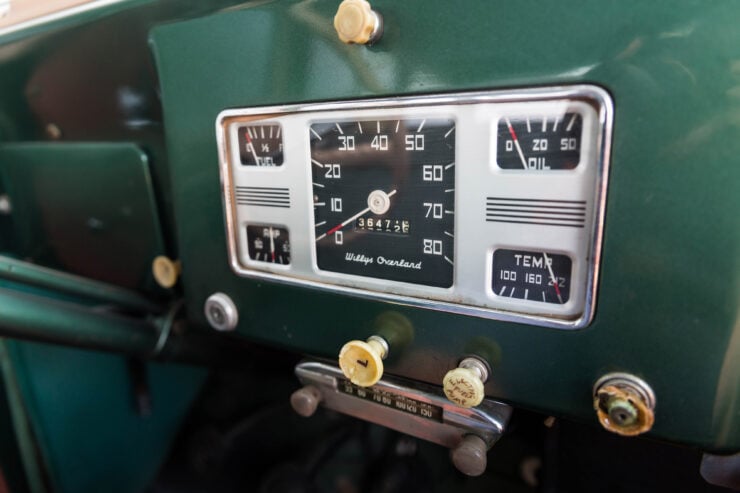 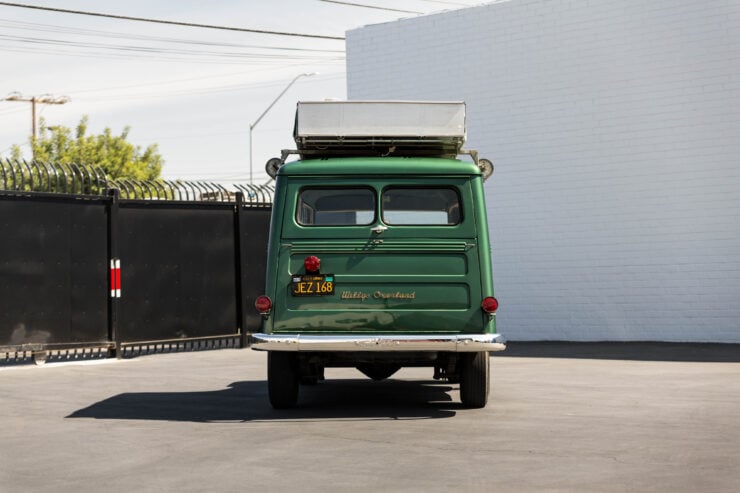 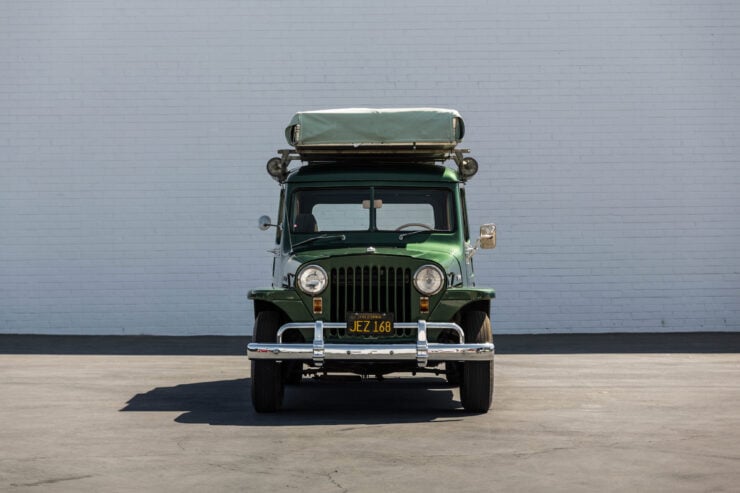 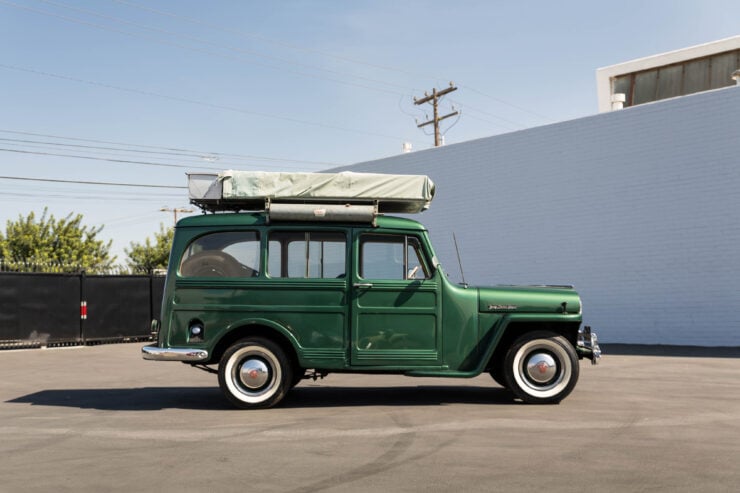 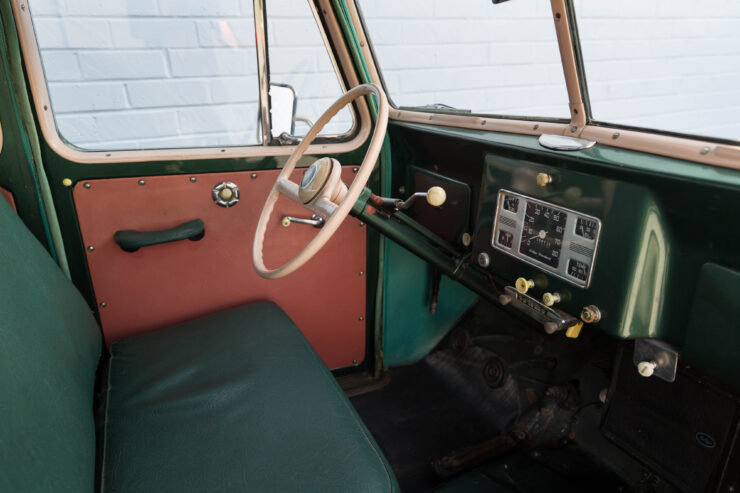 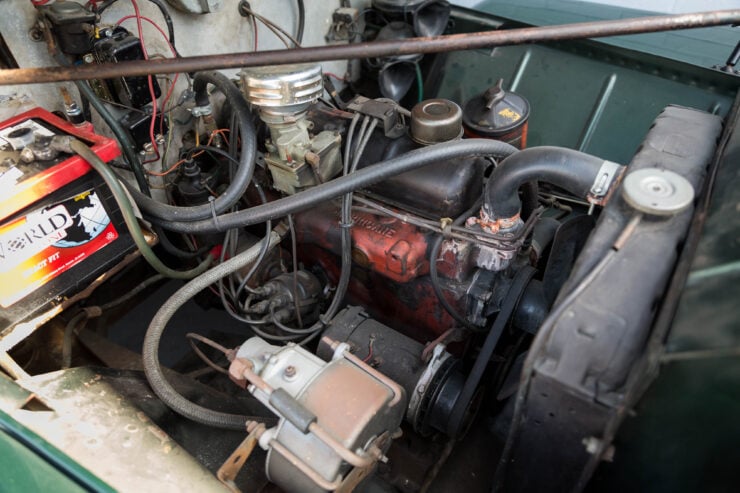 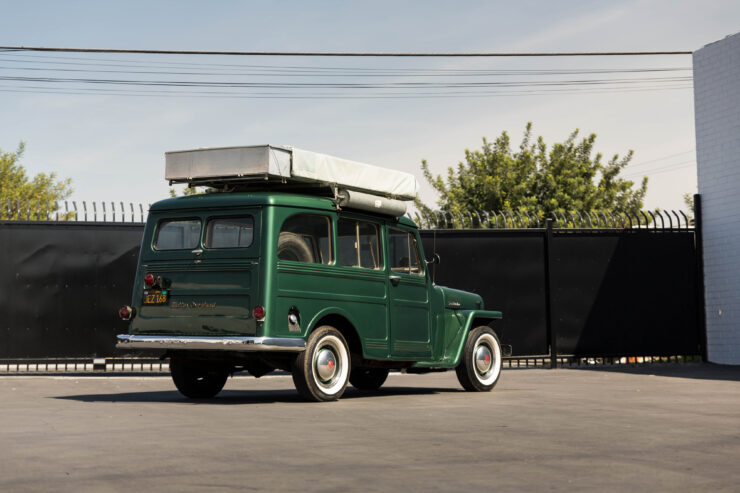 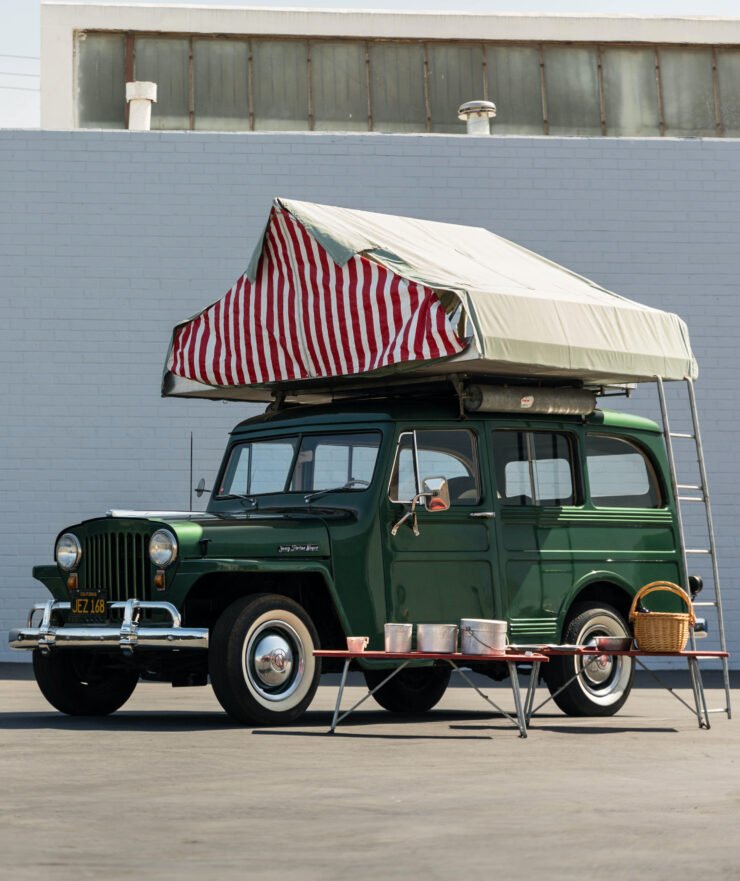 The Iso Grifo 7 Litri was to be one of the fastest road-legal production cars of its time, with a claimed top speed of…

The marriage of the Land Rover Defender and the ubiquitous 3.5 litre Rover V8 first occurred in the 1980s when it was first offered as…

It’s not everyday the opportunity arises to buy an all-original Ferrari 250 GTE body for somewhere in the $20,000 to $30,000 price range. Without the…