Waxed Cylinder Bag by This Is Paper 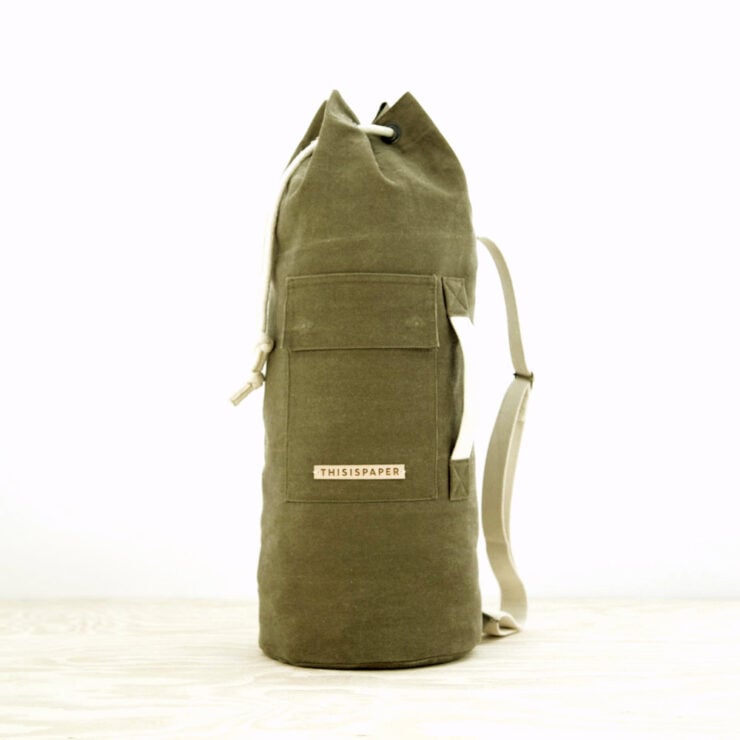 The Waxed Cylinder Bag by This Is Paper is clearly influenced by the standard issue military bags of the Second World War, they were also made of waxed canvas and had rope fasteners to keep the GI’s gear safely stashed as they travelled to either Europe or the Pacific. 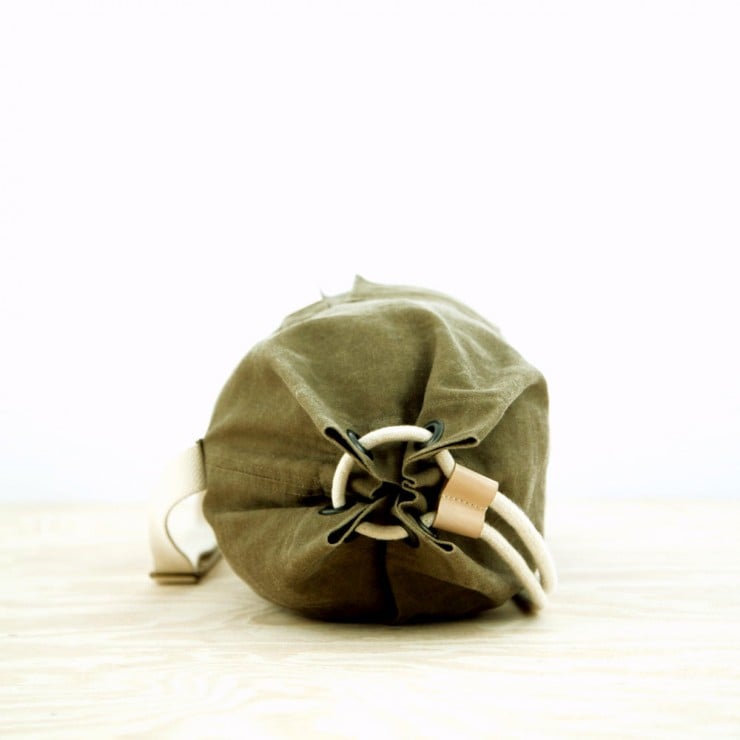 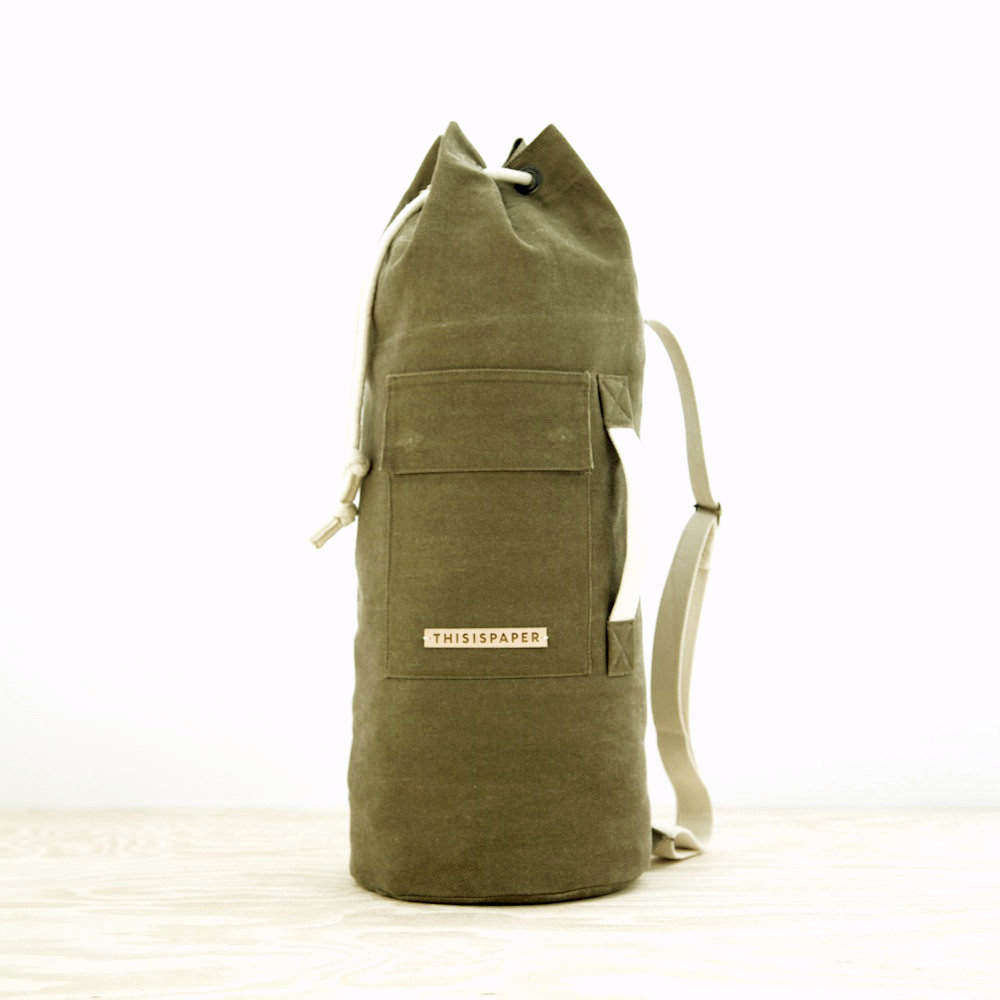