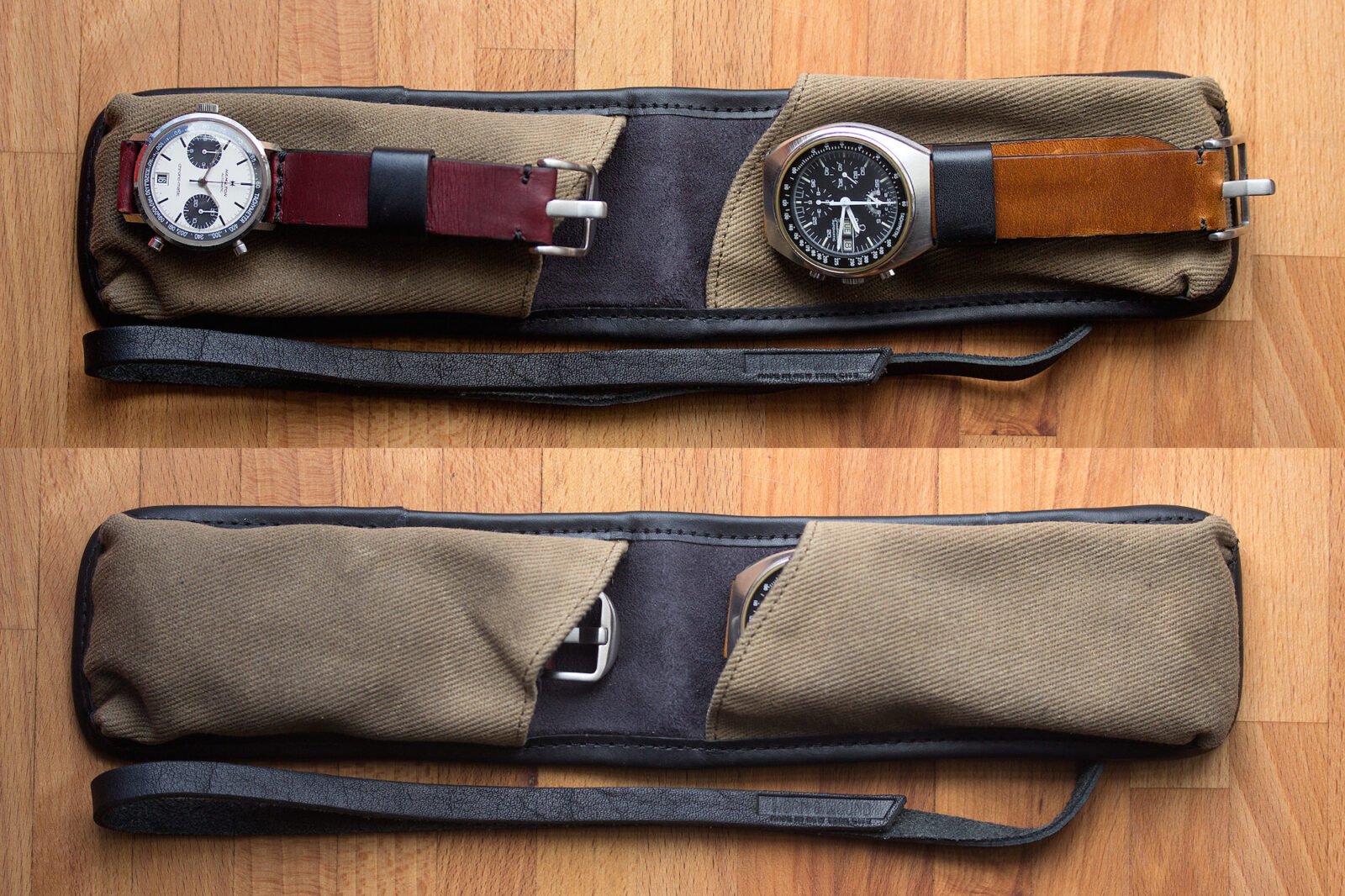 Watch collecting is a pastime (probably an affliction) that many of us subscribe to, the age of the internet has made it remarkably simple to find and collect interesting time pieces from around the world – the only real problem is what do do with them once you have them.

The new Watch Fold by Worn & Wound is a solution for those who want to take a watch or two with them on a trip, whilst keeping it as safe as possible – each Watch Fold has pockets for up to two watches, or one watch with some spare straps or sunglasses. Made from 18oz waxed filter twill canvas with ultra suede lining throughout, and heavyweight Italian leather for the binding and strap the Watch Fold also has a layer of padding for added protection. 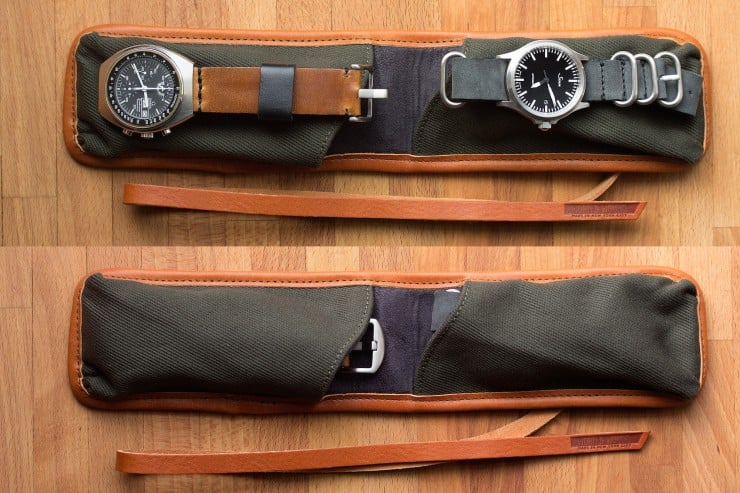 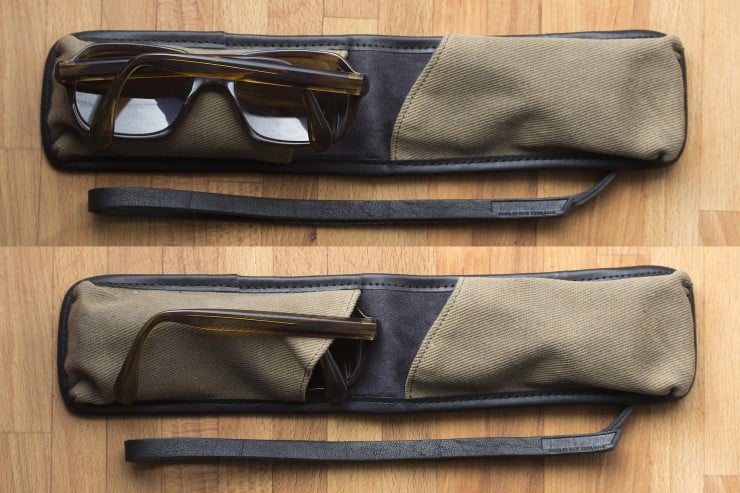 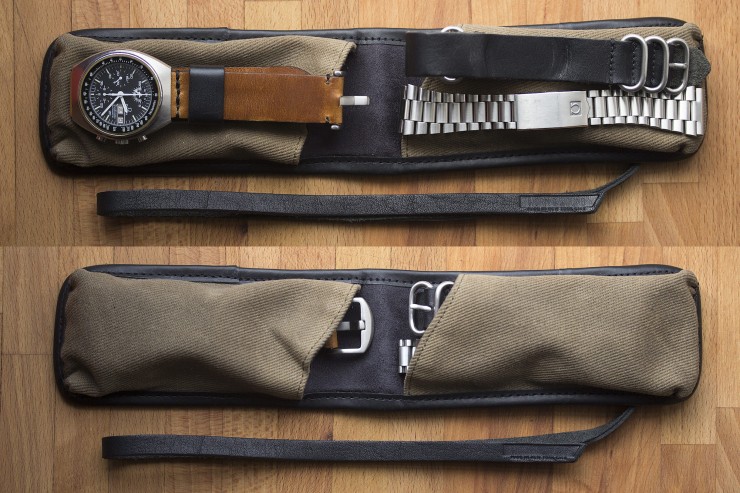 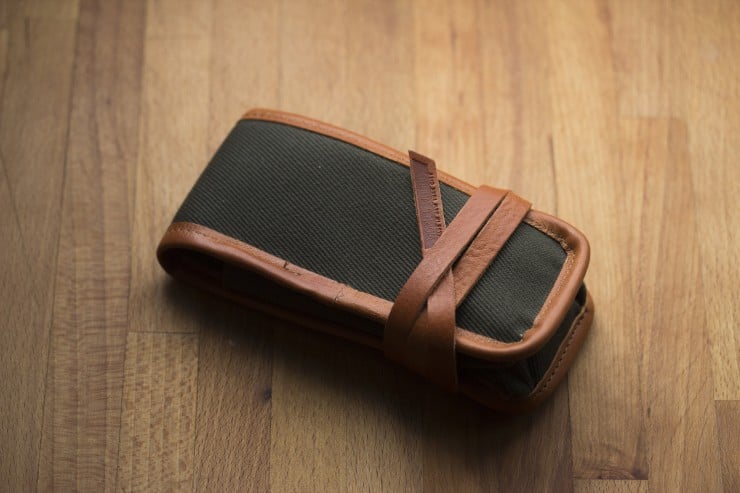 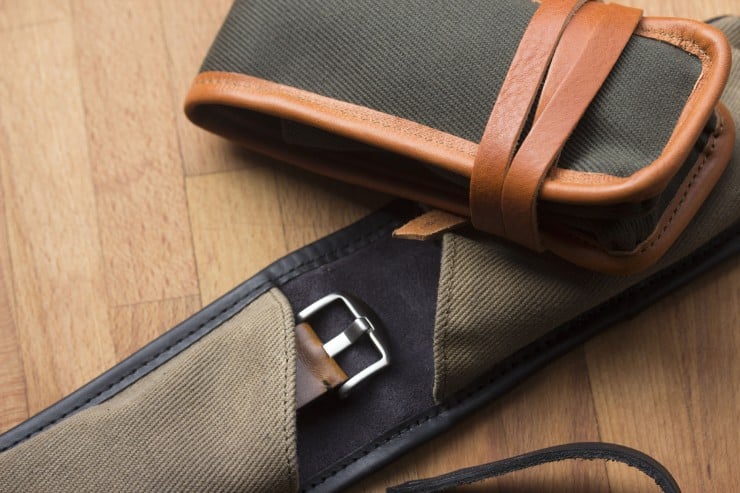 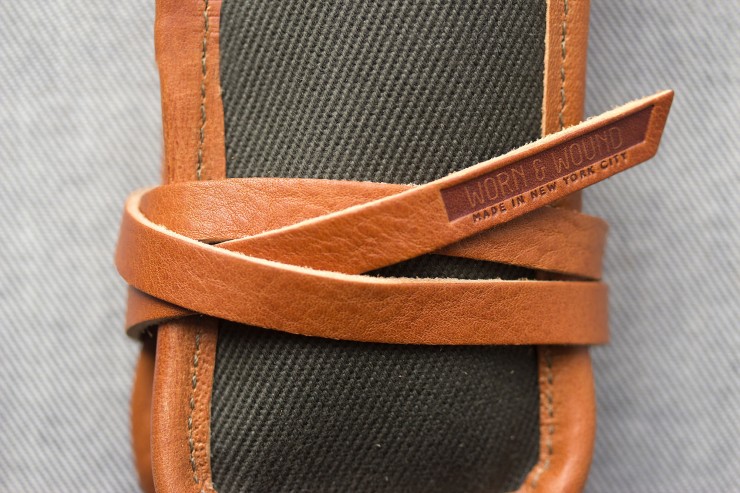 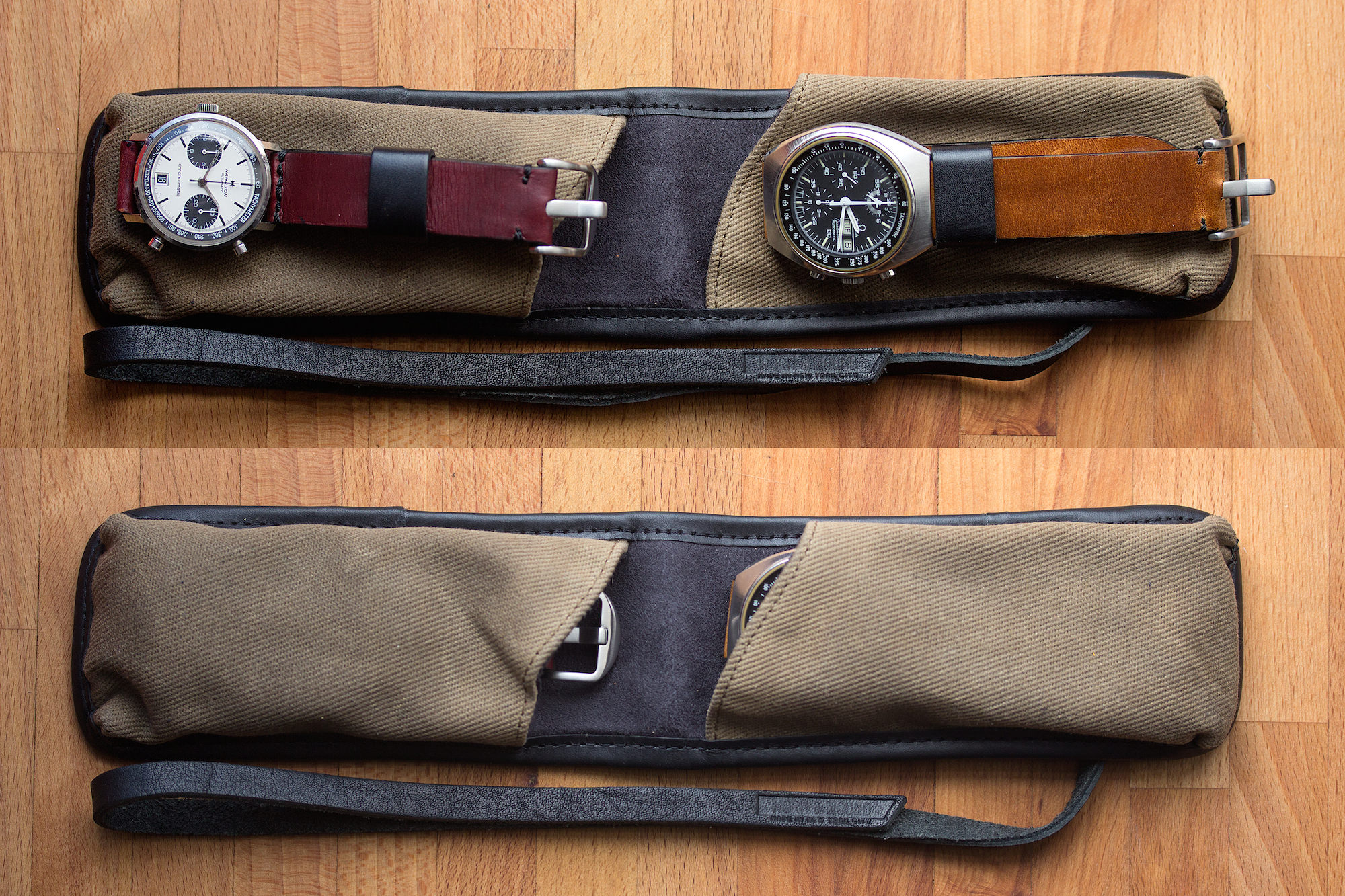