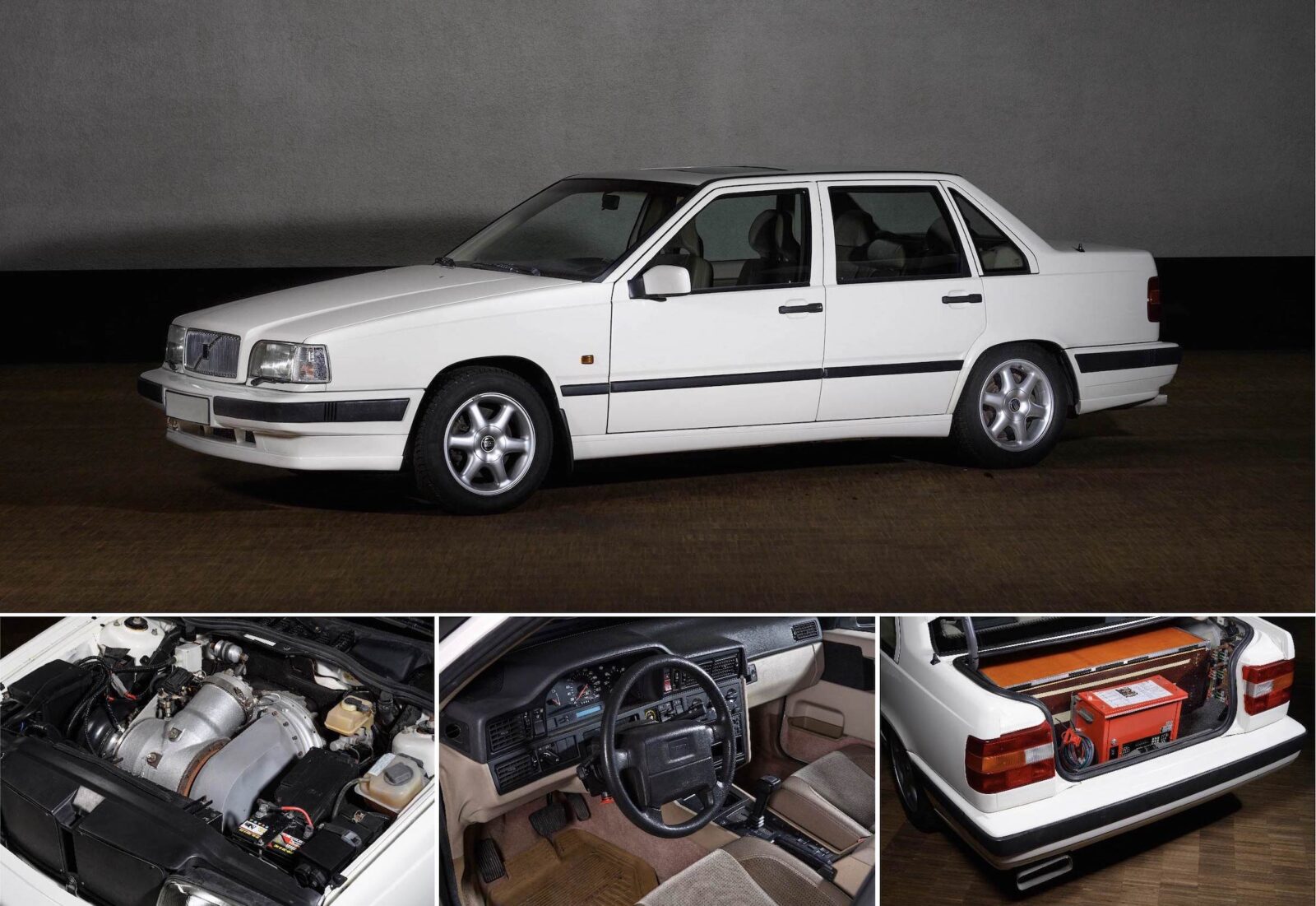 The 1993 Volvo 850 gas turbine/electric hybrid you see here is one of two made by the factory when it was experimenting with future drivetrain technologies in the 1990s.

The car is driven by an electric motor powering the wheels, and the turbine spins a high-speed generator (HSG) which sends its electrical power either to the batteries, the electric motor, or both at the same time.

Though it may seem strange to bolt a gas turbine under the hood of a car, automobile manufacturers have been experimenting with the technology for decades. By the 1990s progressive increases in emissions and fuel efficiency requirements resulted in automakers experimenting with all manner of unusual propulsion systems. 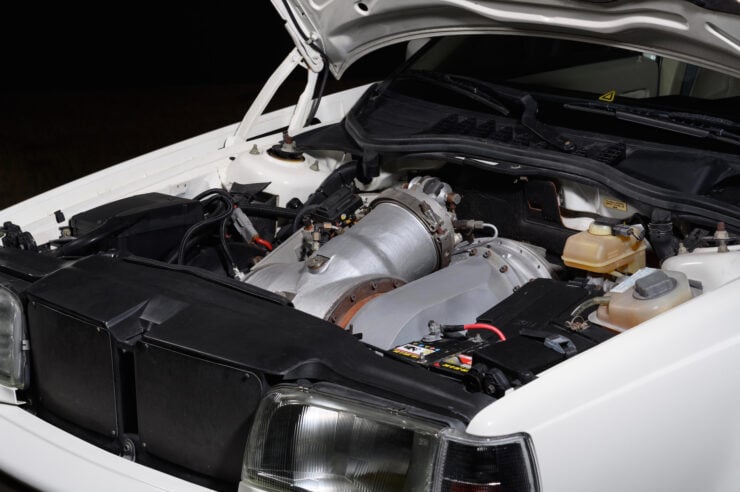 The gas turbine is mounted under the hood where the piston engine would be in a normal 850, exhaust from the turbine exits out of an exhaust in the rear as with a normal car.

Volvo had developed the Environmental Concept Car (ECC) in 1978 based on a Volvo 264 saloon car, with power provided by an automotive gas turbine engine. No electric motor or batteries were used in this car, it utilized a direct drive system instead.

In the 1990s engineers at Swedish automaker realized if they could get a small, highly efficient gas turbine to power an electrical generator – then use this charge to power an electric motor, they might just be able to meet or surpass their fuel efficiency requirements.

Volvo also had an ace up their sleeve – they could tap into the engineering know-how of Volvo Flygmotor, a sibling company that specialized in building aircraft engines and aerospace components for spacecraft.

The Volvo 850 had been released in 1991, making it the newest car in the Volvo model line in 1993. The reasonably large engine bay of the 850 made it perfectly suited to the gas turbine/hybrid electric project – the standard road car was fitted with an inline-five cylinder mounted transversely to power the front wheels. 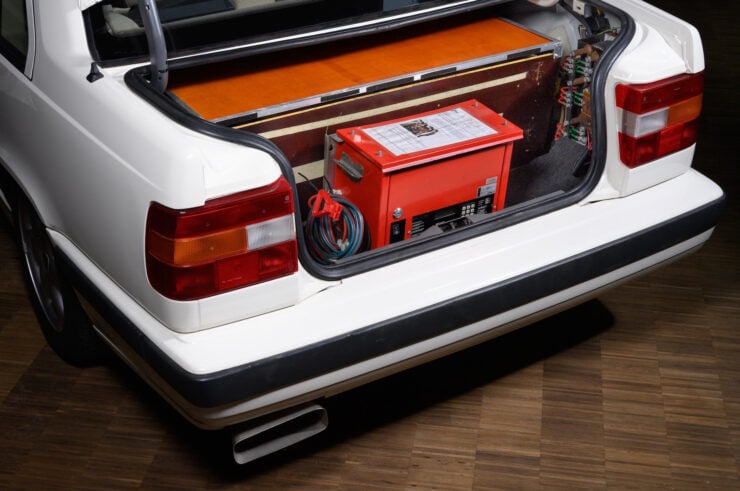 The nickel cadmium battery array is in the trunk, along with what appears to be an electronic controller.

Two Volvo 850s were sent to the engineering department, where the design and development phase of the project began in earnest. Direct electric drive was chosen for the sake of simplicity and practicality, with the electric motor connected to a bank of nickel cadmium batteries (/Ni-Cd/).

The engineers developed a front wheel drive system using an electric motor, there are many benefits to this arrangement, chief among them being the instant torque from 0 rpm offered by electric motors.

When driving the car it’s not a dissimilar experience to driving a modern automatic or electric car, there is a rotary drive mode selector and you can choose from the usual P, R, N, D, or L. 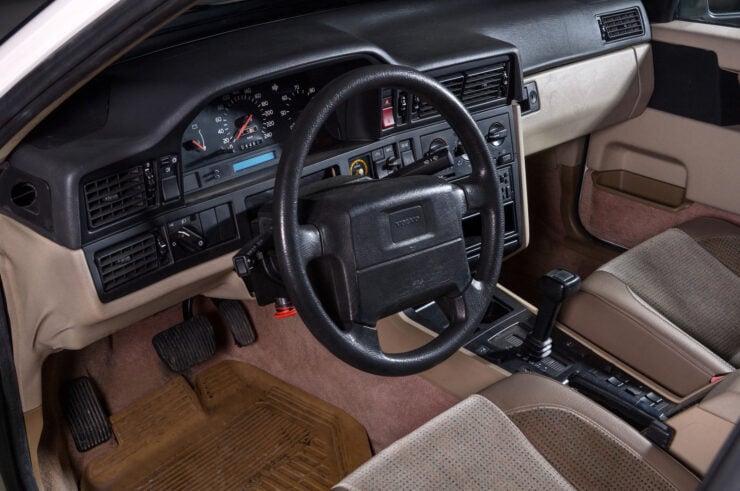 The interior is essentially identical to a normal Volvo 850, with the exception of the rotary dial that allows you to select “Electric, “Hybrid,” or “Gas Turbine” modes.

Volvo opted to not put its unusual hybrid into production, though it has fewer moving parts than a similarly sized piston engine it does require more exotic materials and manufacturing technologies – not to mention the fact that your local mechanic wouldn’t know where to begin with even just a basic servicing.

Of the two cars that were built just one is in private hands, the example you see here. The other is believed to still belong to Volvo, and it’s unlikely to be sold anytime soon due to its historic importance as an early Volvo hybrid.

This prototype has 4,000 test track kilometers on the odometer and it comes with its original Swedish number plates as well as extracts of a period magazine article about the car.

If you’d like to read more about it or register to bid you can click here to visit the listing. It’s due to cross the auction block with Bonhams on the 3rd of February with a price guide of $68,000 to $91,000 USD. 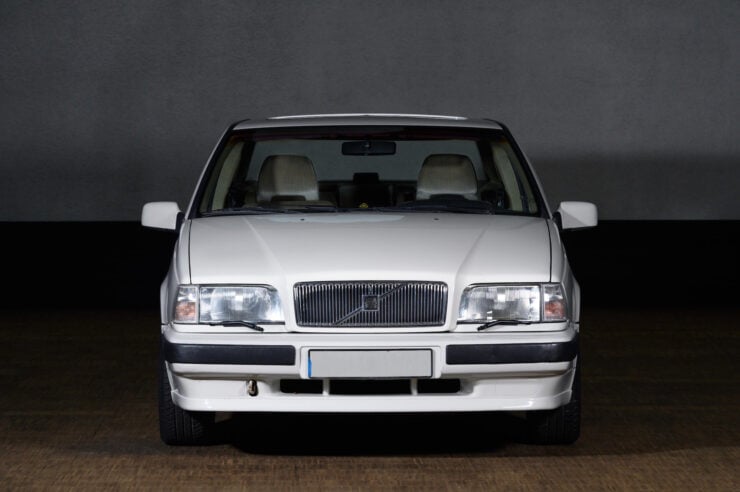 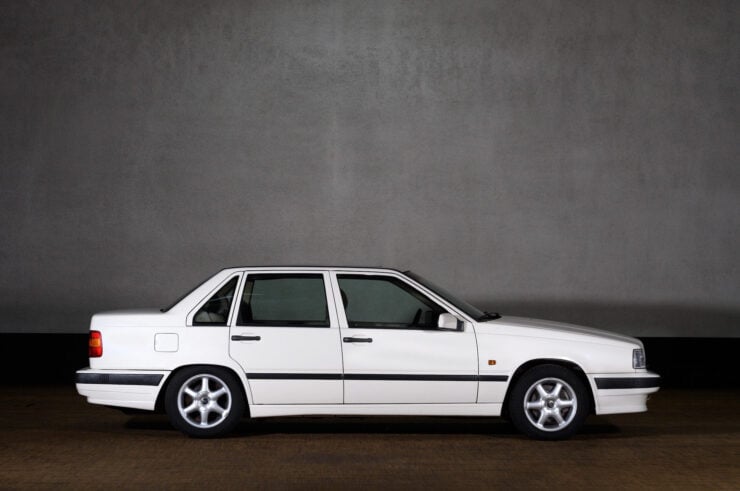 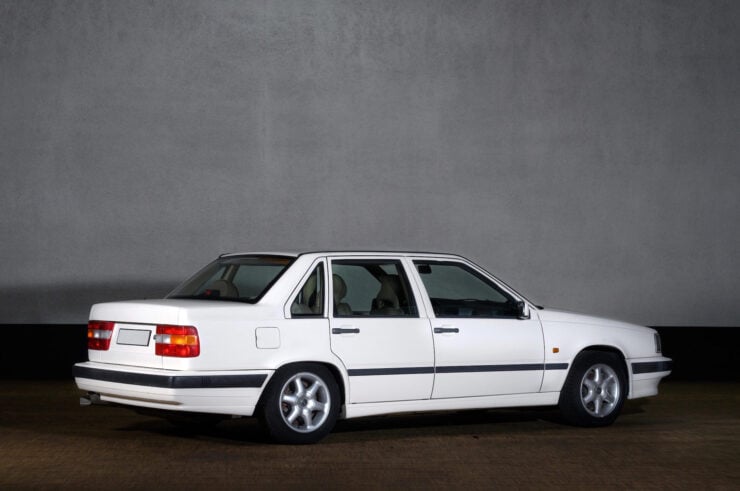 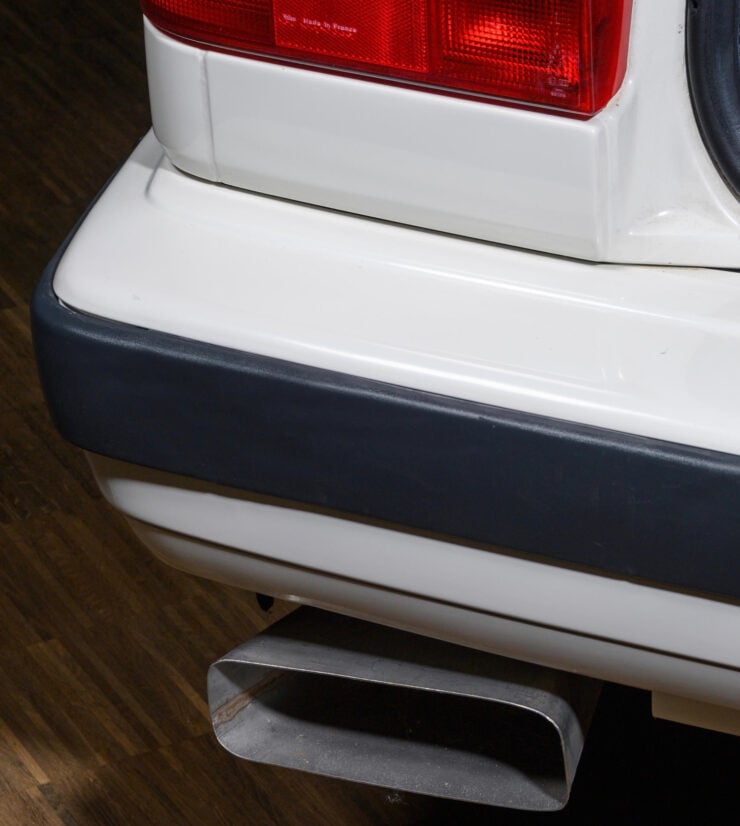 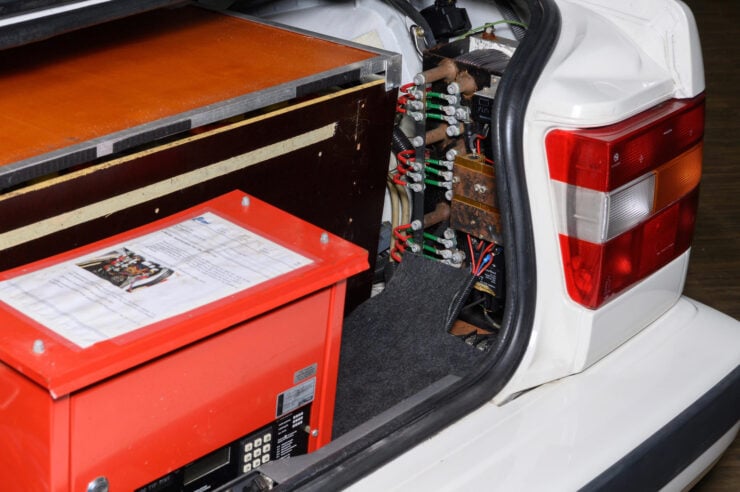 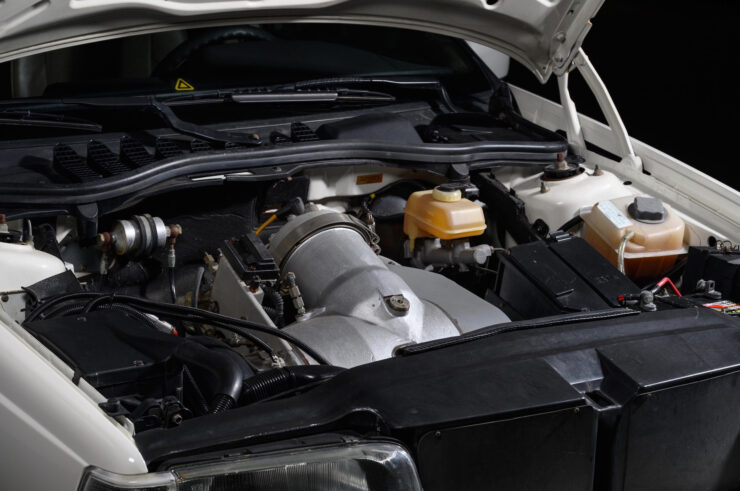 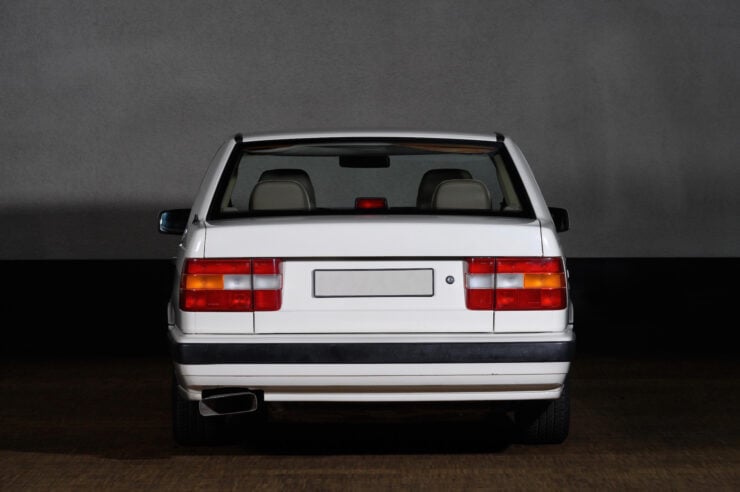 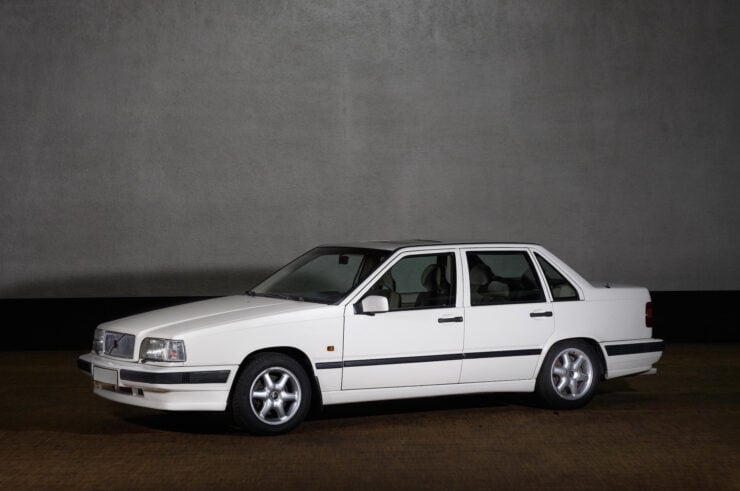 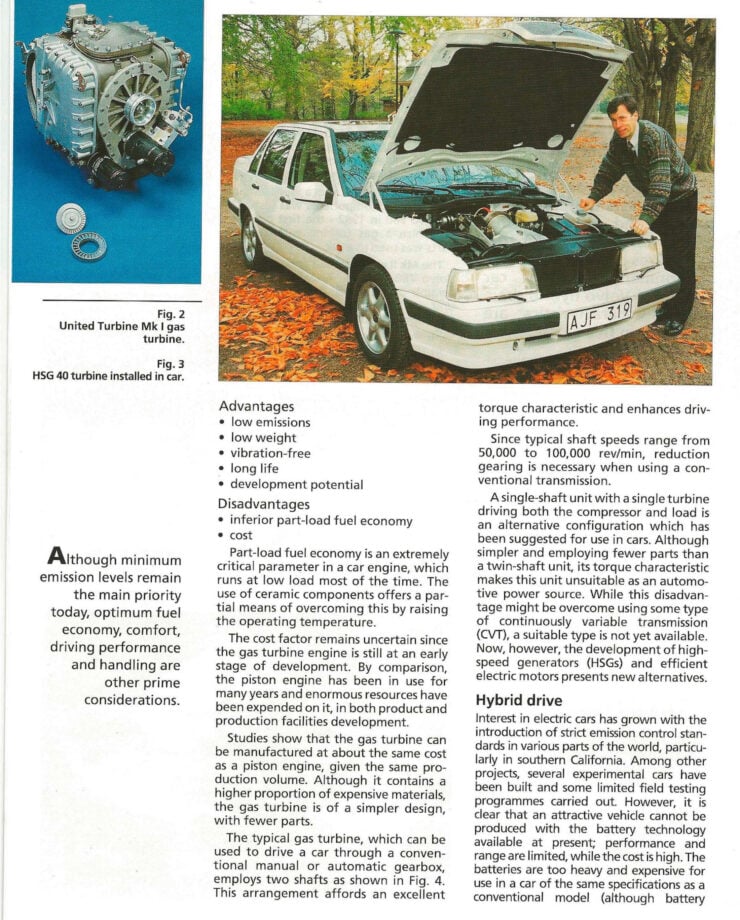