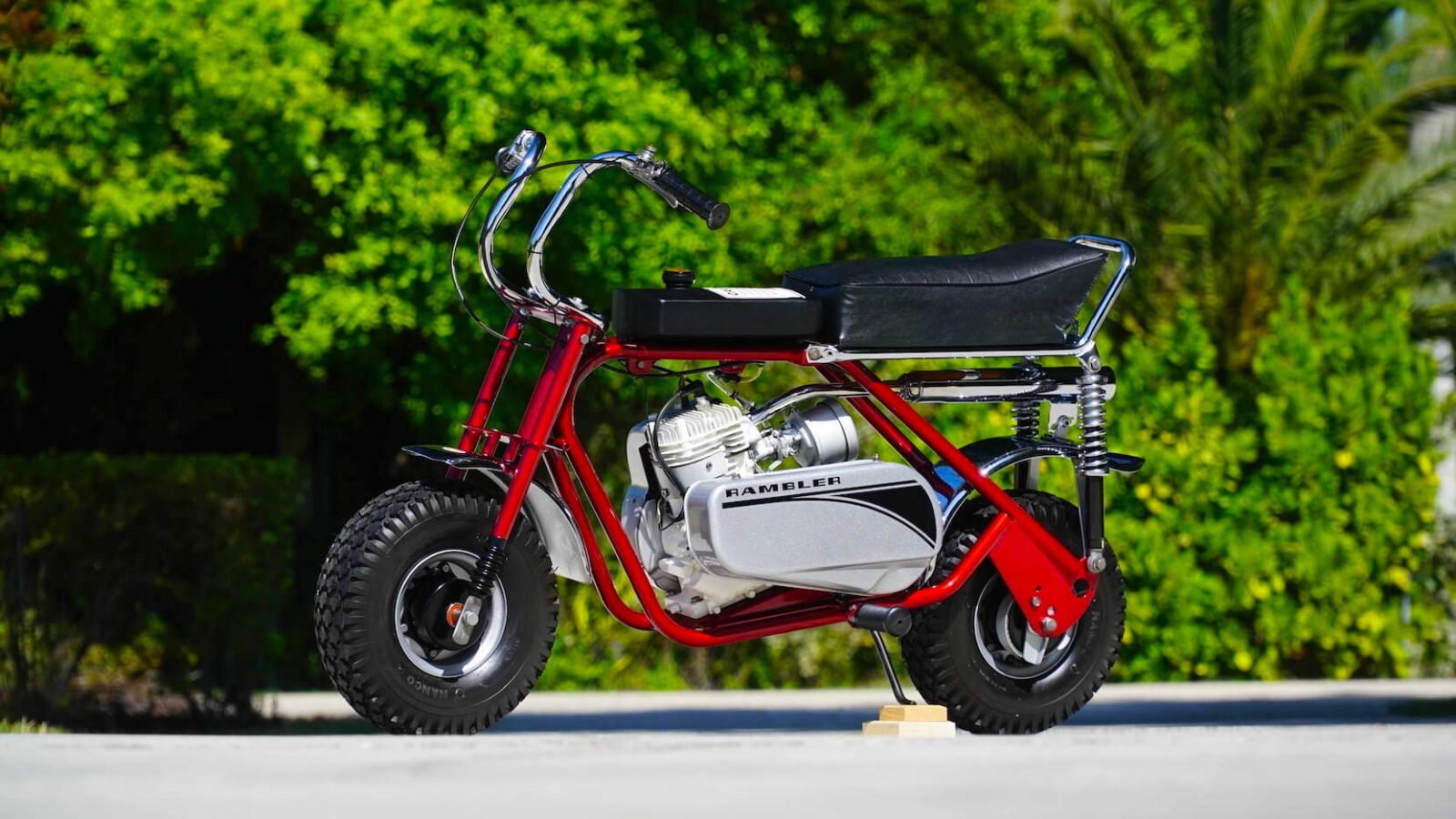 Starting in 1970 the American company MTD released its first line of minibikes, this was right in the middle of the minibike revolution that was sweeping much of the United States and the western world, and within a few short years MTD were producing some of the best minibikes on the market.

MTD is one of those companies that has tried their hand at manufacturing almost everything over their 89 year history (and counting). The company name stands for (Modern Tool and Die Company), it was founded in 1932 right in the heart of the Great Depression, despite this they managed to thrive, growing rapidly and providing much needed employment to people in Ohio.

Over its first few years MTD manufactured an extraordinary range of parts, everything from window channels and automotive stampings, to pedal bikes, kiddie cars, and playground equipment.

During WW2 they made mess kits for the Army and shortly after the war they began building the product line that would become their bread and butter – powered gardening implements like lawn mowers, garden tractors, and other power equipment.

By 1970 its was clear that minibikes weren’t just a flash in the pan, there were popular model lines being made by Fox, Rupp, Honda, and even Indian were in on the game. MTD was well positioned to enter the market as they already had a suitable engine supplier, and they had all the tooling and expertise they would need to make these simple motorized two-wheelers. 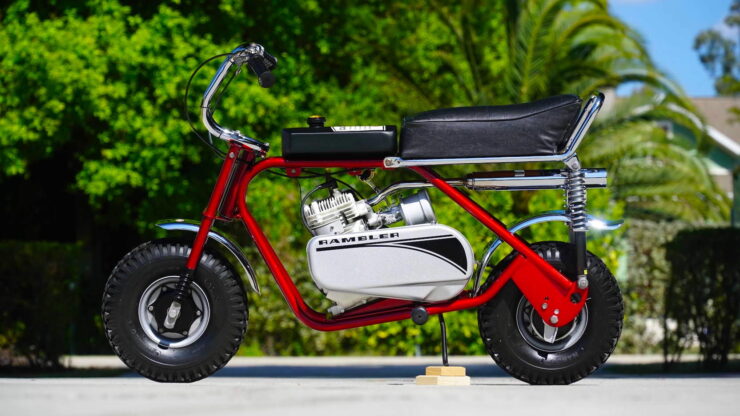 All MTD minibikes were powered by Tecumseh engines rather than the popular engines made by Briggs and Stratton. Tecumseh is a fascinating if little known company that was largely focussed on manufacturing air conditioning systems.

In 1956 Tecumseh brought Lauson Manufacturing Company in order to acquire their small gasoline engine designs and tooling. It would be this new wing of Tecumseh that would provide the engines used by MTD minibikes, including the bike you see pictured here.

Over the course of the MTD minibike production run, which lasted a few years, they developed some quite unique designs. Many of their minibikes had both front and rear suspension which was unusual for the time, and some high-end models had leading link front suspension that was arguably the best in the industry at the time. 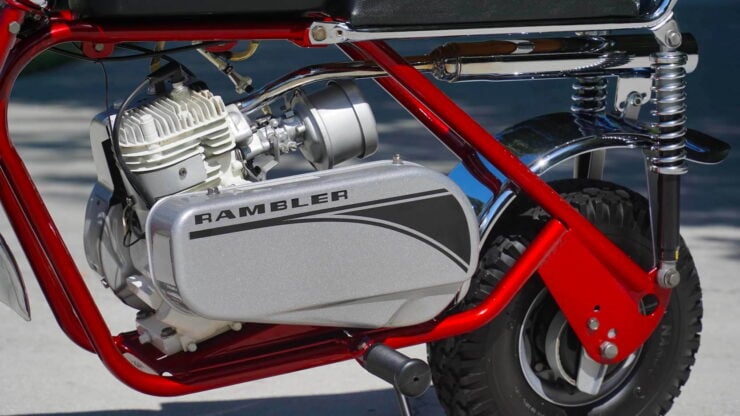 The MTD minibike you see here is an SS400 model, it has both front and rear suspension, a tubular steel duplex cradle frame, a drum brake in the rear, and a unique seat that attaches directly to the top of the twin rear shock absorbers, hinging at the front to provide some cushioning from bumps for the rider.

These little motorcycles typically had a simple torque converter and no transmission to make them easy to ride for kids and novices. The exhaust was tucked up under the seat and it exits out over the rear fender – this design was created specifically to keep hot exhaust pipes safely away from children’s legs, arms, and hands.

It’s increasingly rare to find MTD minibikes in great condition, Honda minibikes are the most common of course but in recent years there’s been more interest in these early American designs.

The bike shown here has been through an extensive nut and bolt restoration, it has a candy apple red frame, a 4 bhp Tecumseh engine, a pull start, chrome fenders, chrome handlebars, and it appears to be in as-new condition throughout.

If you’d like to read more about this MTD or register to bid you can click here to visit the listing on Mecum. It’s due to cross the auction block in late March, and there’s no reserve. 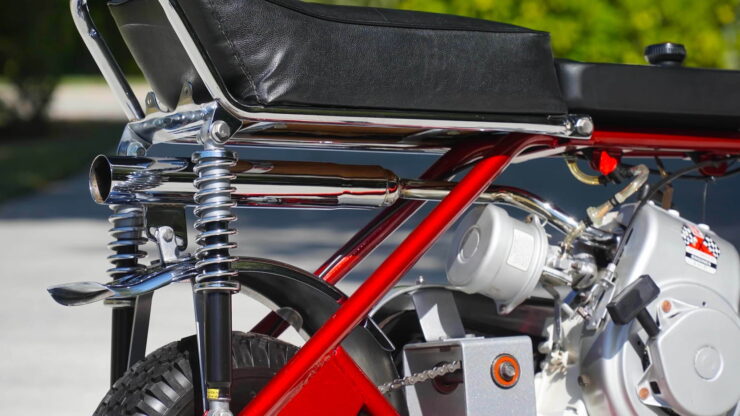 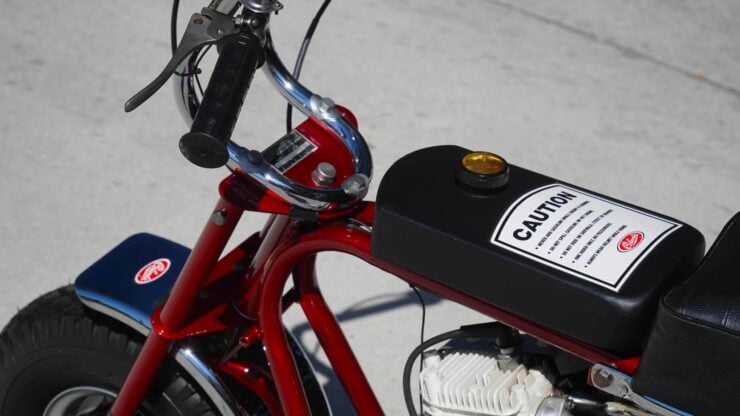 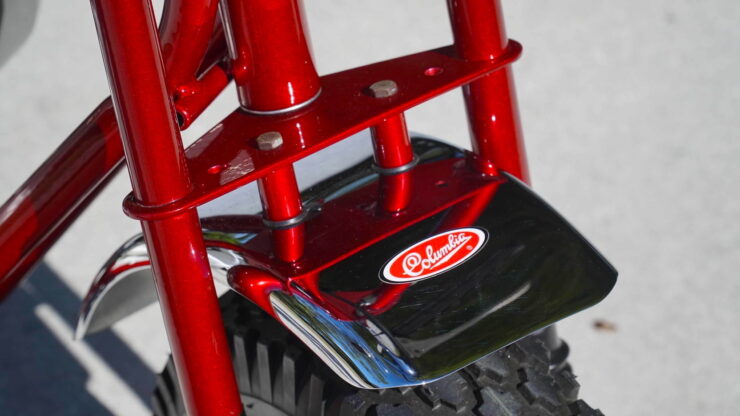 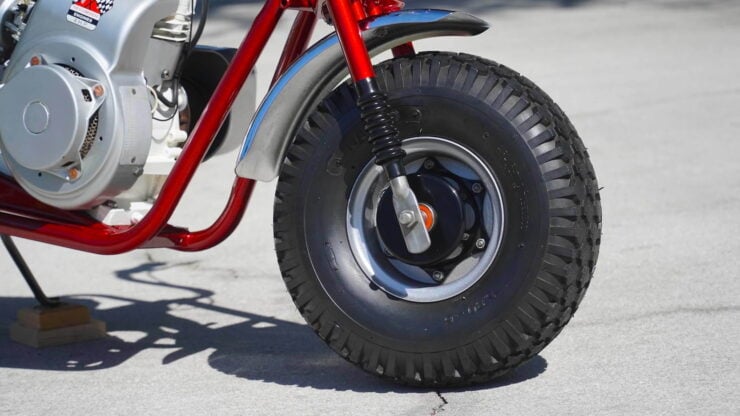 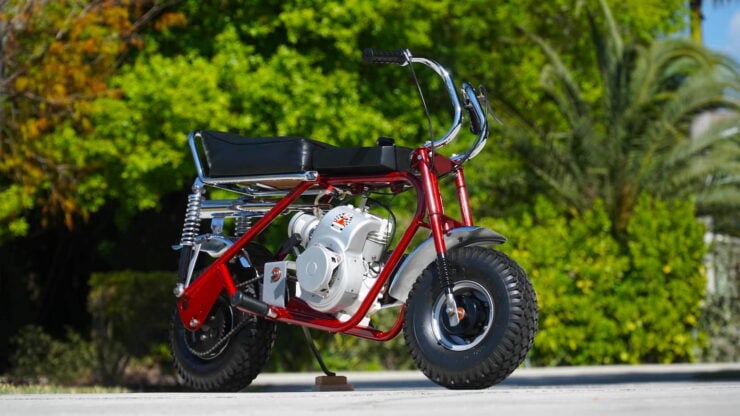 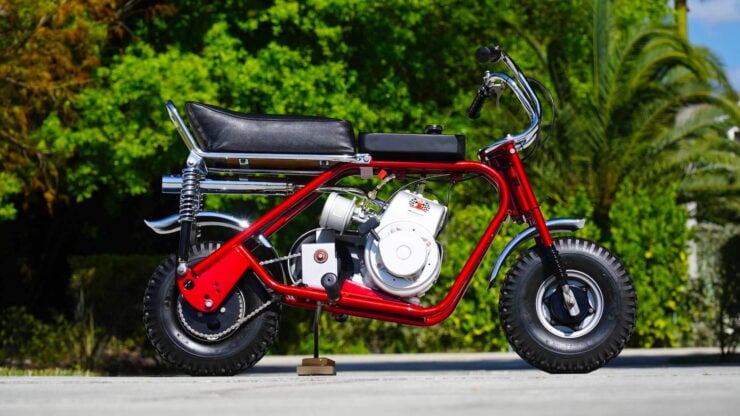 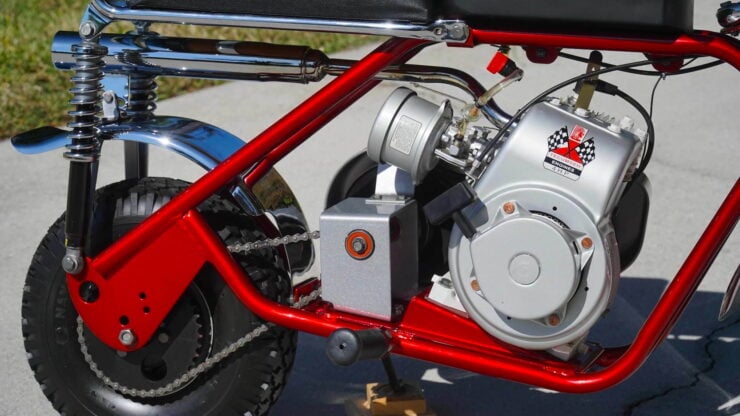 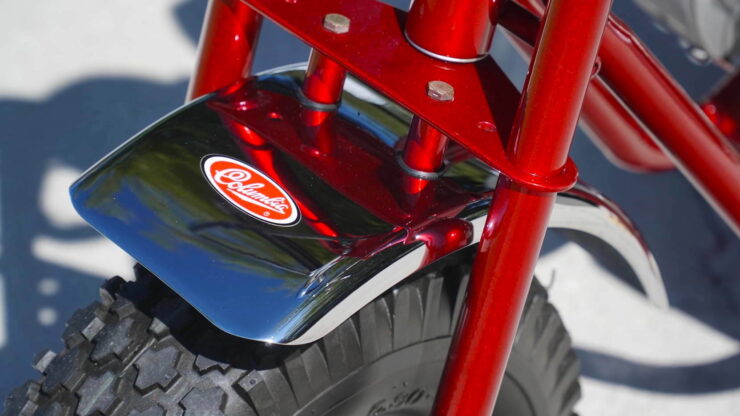 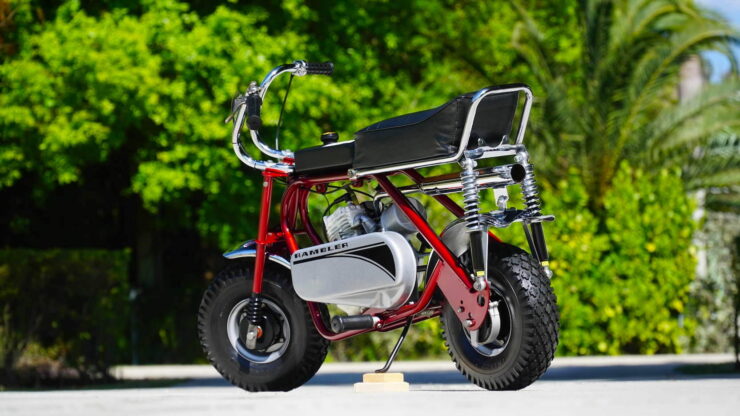 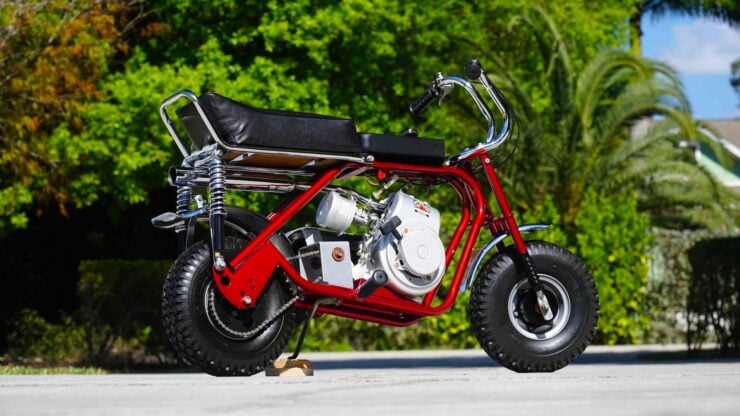