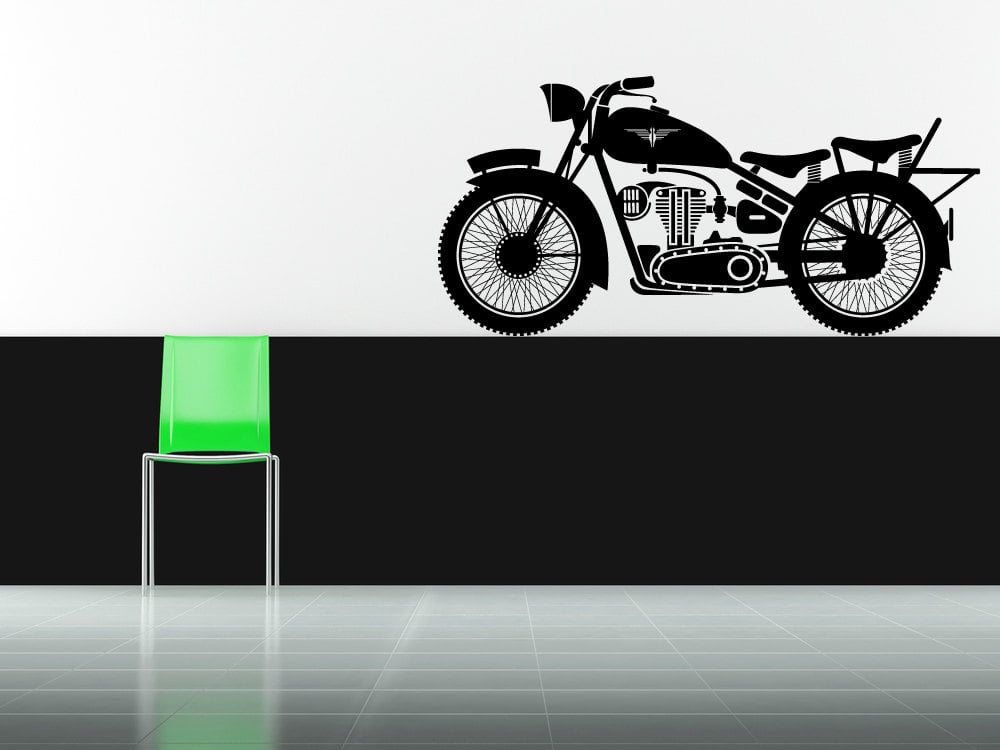 This vinyl wall decal measures 47 inches wide x 22.5 inches tall and can be ordered in custom sizes from the store, it’s available in a stack of colours and comes with easy to follow instructions for installation. The Mrs may get a little antsy if you put it on the living room wall, so you’ll probably need to get rid of her.

This is the “Watch For Cycles” enamel mug by Great Lake Supply Co., a Milwaukee, Wisconsin-based outfitter founded by the Ducati aficionado, writer, and web…

This is an original set of Vincent Black Knight bodywork from 1955, it was originally fitted to a Vincent Rapide making it fully-enclosed version of…

This is an original 1970 Ford Mustang Boss 302, this was the final year of production that the Trans Am homologation model was offered and…

The Autoped is widely regarded as being the first mass-produced motorized scooter, it was offered in both electric and gasoline versions, and the gasoline…