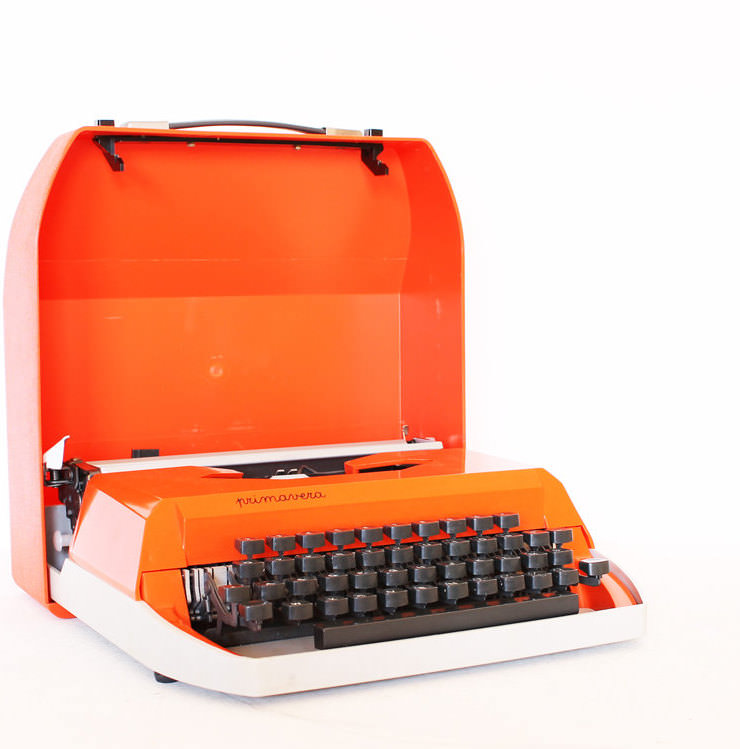 This beautiful vintage Primavera typewriter is a precursor of the modern day laptop, it has a folding plastic case with a built-in handle to make it easy to lug around from cafe to cafe.

Vintage typewriters have been coming back into vogue a little recently, there are a number of scanners and software programs that can take pages of typed text and convert them into editable, digital Word/Pages/PDF documents. This means that if you like the mechanical click-clack of the letters on the page, you can do you work on the typewriter, then scan it in and digitise it later.

This bright orange Primavera typewriter is in full working condition and can be bought via Etsy here, there are dozens of other models for sale so if typewriters are your thing, you might want to check it out. 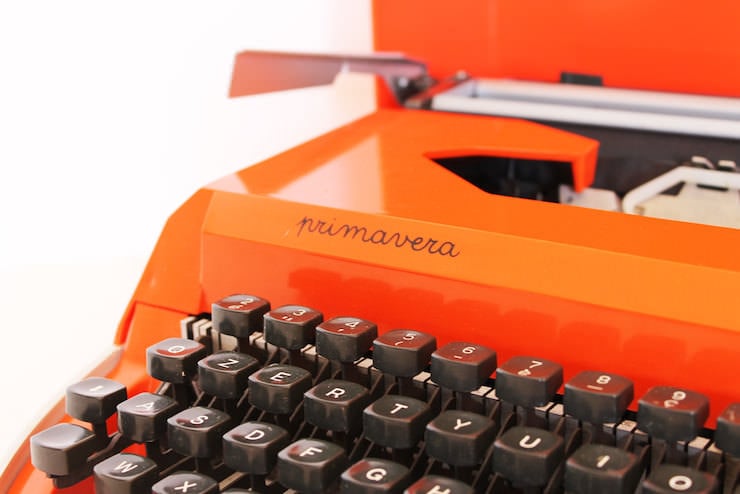