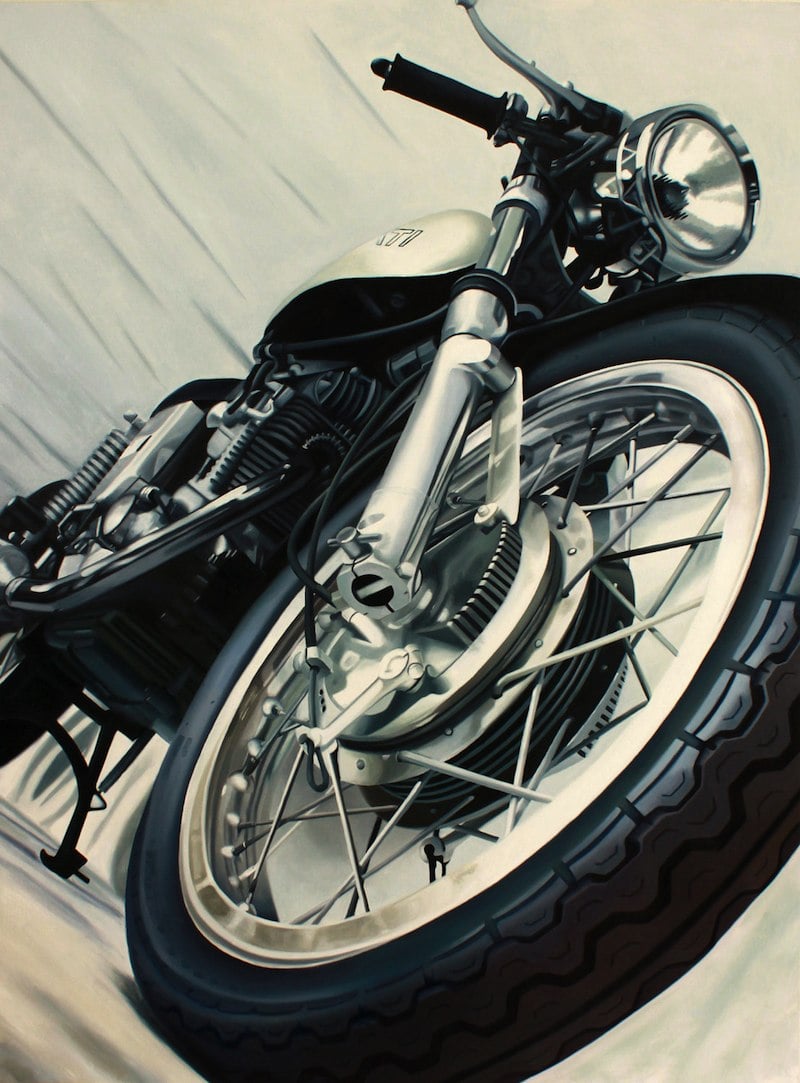 When it comes to motorcycle art, there seems to be a vast chasm between the good and the retina scarringly bad.

This is a great specimen of motorcycle art done right, it’s a Giclee print of an oil painting of a vintage Ducati by Guenevere Schwien and measures 24″ x 18″ and has a half inch white border.

Check it out on Etsy here.

The Lonegrade HDR140 is the first design from the new American watchmaker, it was designed from the outset to be a reasonably priced, daily wearable…

This is the MMR-X Best Made Brass Flashlight, it’s a modern LED flashlight designed to last a lifetime (or more), with a solid brass body and a…

This is the C65 Trident Automatic from British watchmaker Christopher Ward, it’s widely considered to be one of the best value automatic dive watches in…