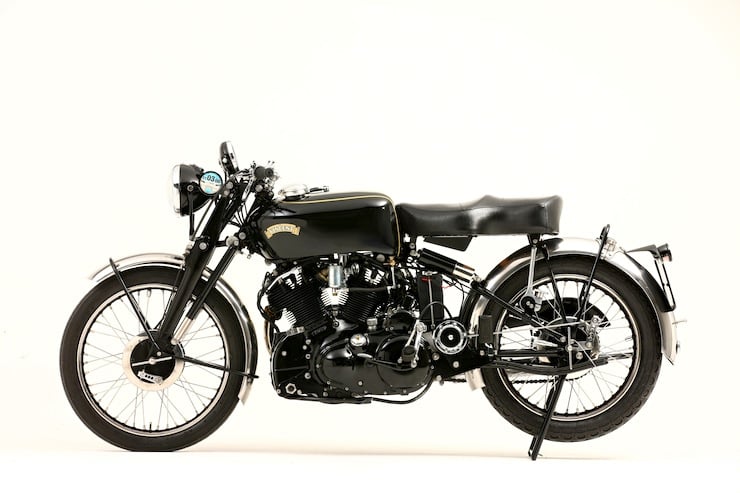 This is one of those motorcycles that comes along every now and then that has the ability to make men like me, and probably you, begin tossing around the idea of armoured car robbery. Because without a fairly major heist, there’s just no way that this bike is going to end up in my garage.

This particular Vincent Black Shadow rose to fame in late-May 1952, it was one of the team of bikes (including 4 Black Shadows and 2 Black Lightnings) that were taken to the Autodrome de Montlhéry (officially called L’autodrome de Linas-Montlhéry), located south-west of the town of Montlhéry about 30km south of Paris. 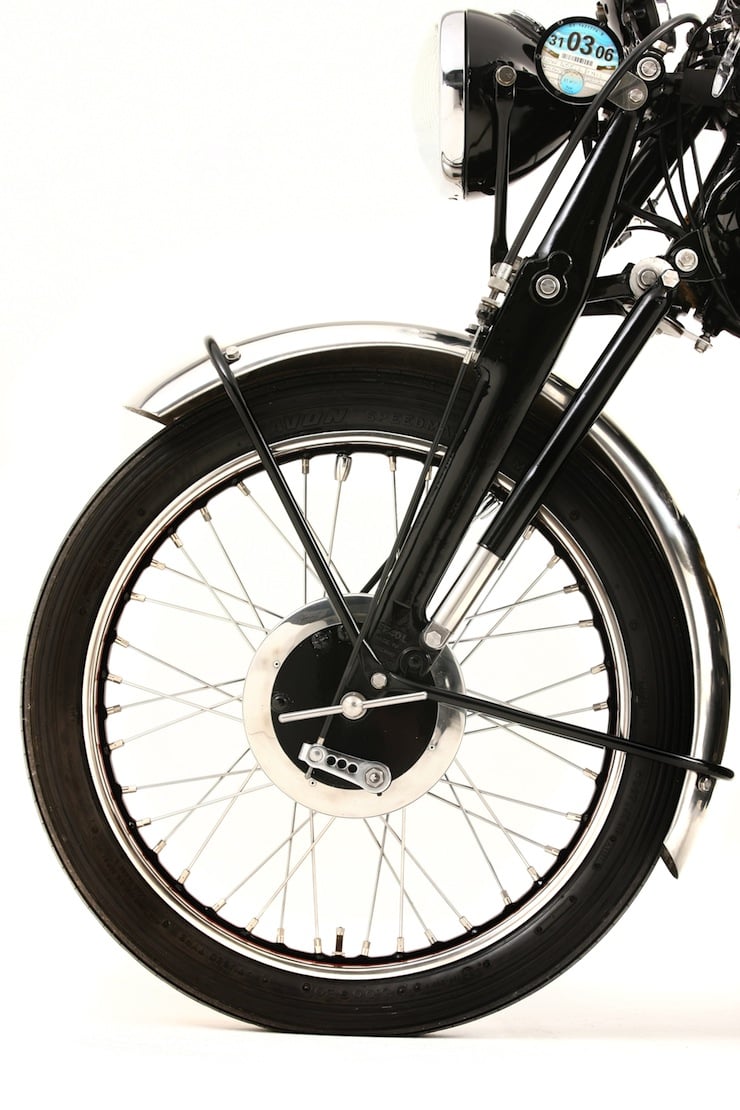 Philip Vincent had put together a team of talented riders ands 6 of his own motorcycles with one goal – land speed records. The Autodrome de Montlhéry had been chosen because it’s oval shape and banked corners gave the riders the chance to stay at full throttle for the full lap distance (2.5kms) and thus break as many speed and endurance records as they could before the bikes gave out beneath them.

All in all the team racked up 8 new world records, including the 6 hours at 100.6mph record which would be featured heavily in the motoring press. Further attempts were made with one of the Black Lightnings piloted by Surtees trying to set some short-distance records, but after he had circulated at over 129mph for 2 laps, the rear tyre started to de-laminate.

This bike was carefully restored in 2002 and has since been kept in beautiful condition, she’s heading to the auction block at the The Spring Stafford Sale held by Bonhams and has an estimated value of $170,000 to $200,000 USD.

Click here to visit the official lot listing at Bonhams. 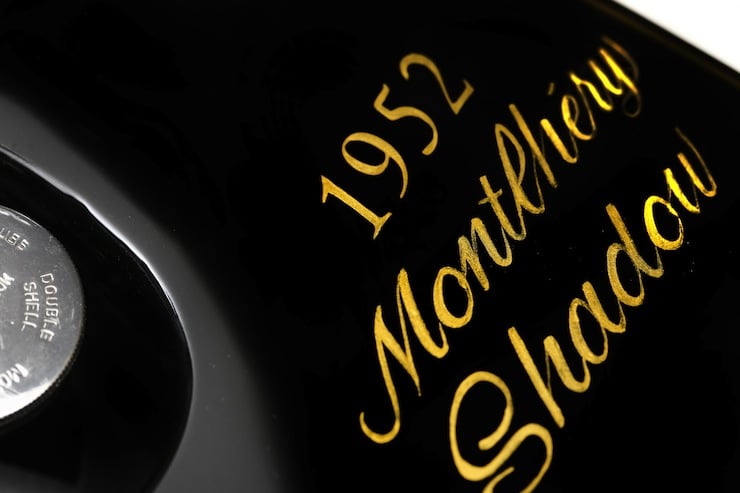 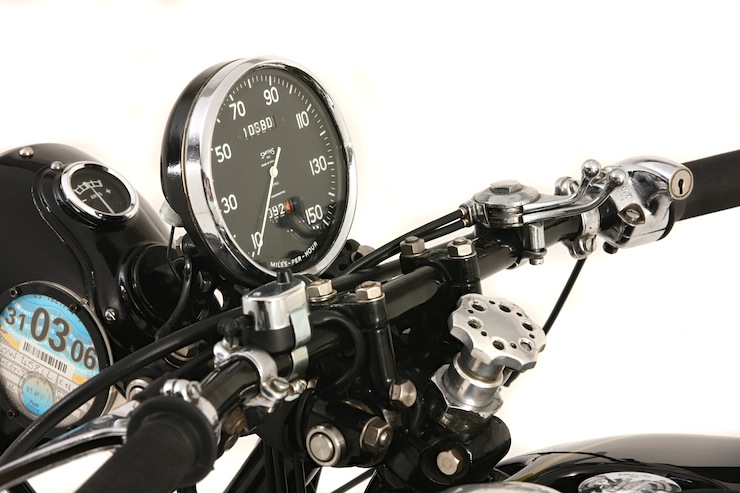 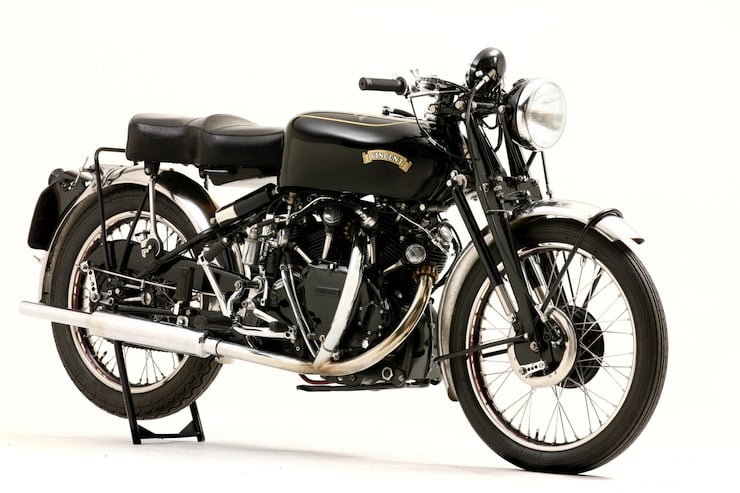 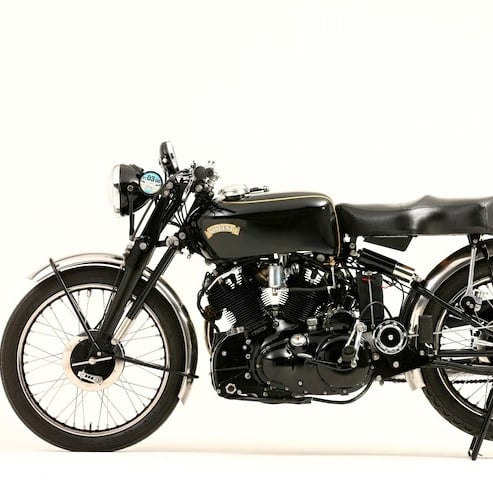