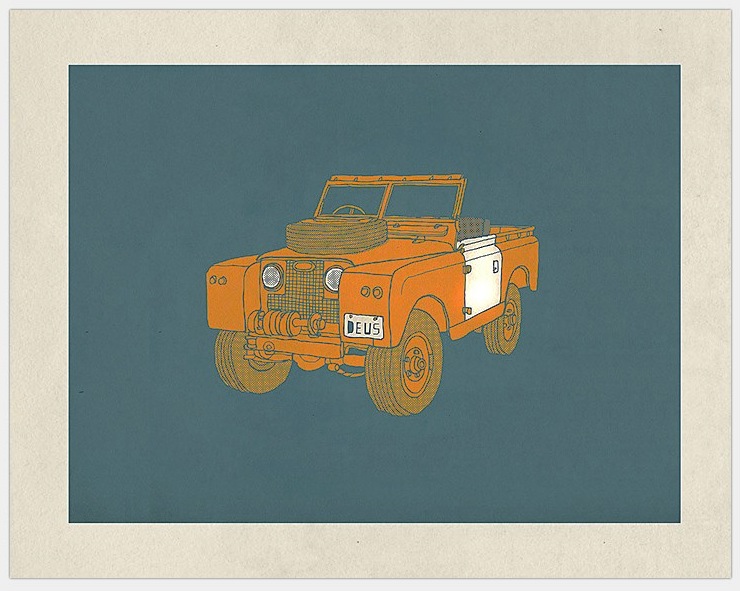 The Series 2 Land Rover is a beautiful vehicle, not everyone can see its good-looks, but those who can will swear to you that it’s just as beautiful as a Jaguar XKSS.

This print by Deus Ex Machina captures the charm of the 88′ Series 2 rather well, it’s printed on 200gsm paper and measures 770mm wide x 565mm high – making it perfect for that wall in the garage.