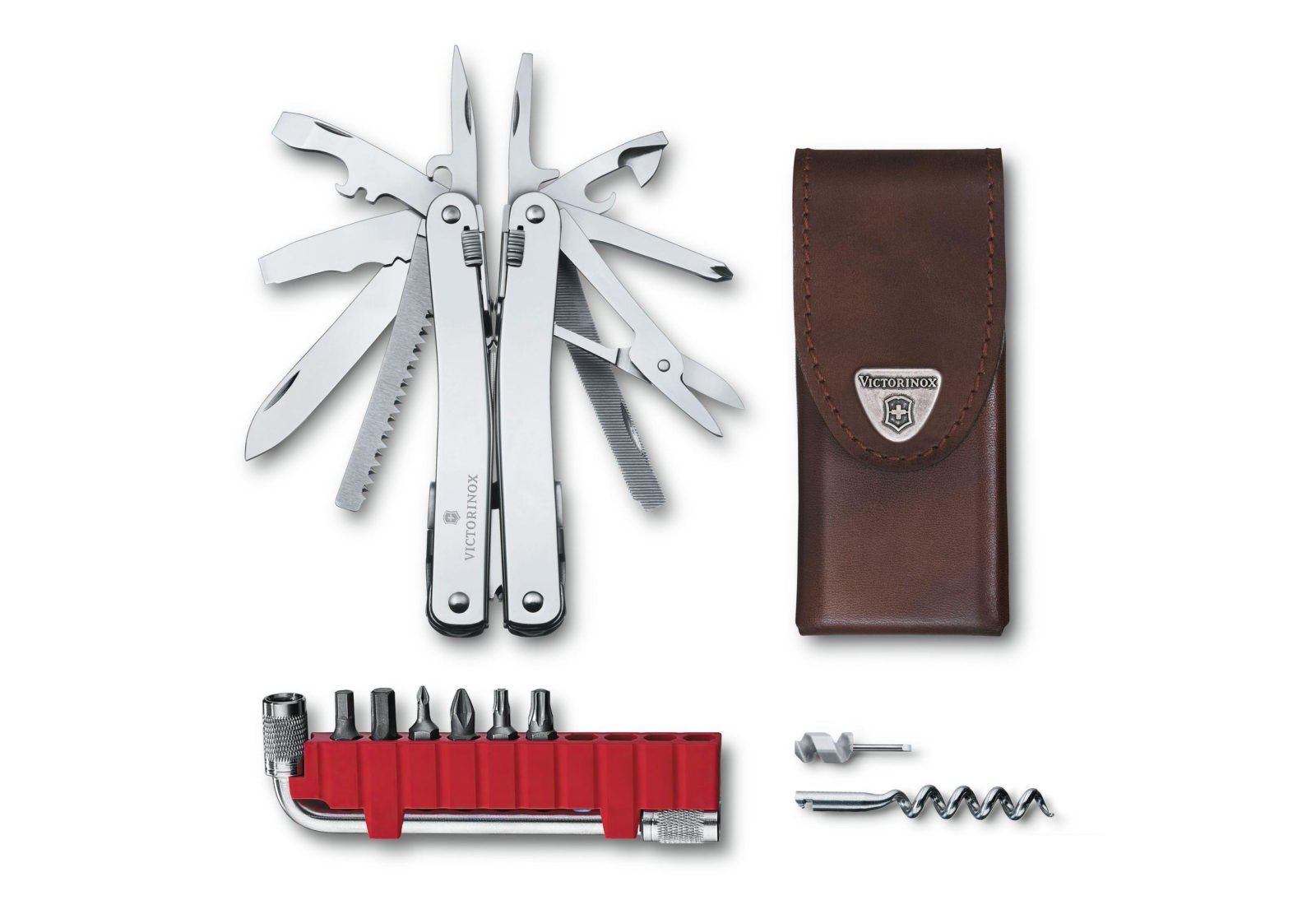 This is the Victorinox Swiss Tool Spirit X Plus, it’s one of the Swiss company’s more useful creations, particularly if you’re looking for a multitool to take with you on road trips – be it in a car, 4×4, or motorcycle.

Victorinox is best-known as the makers of the Swiss Army Knife series, an oftentimes small multi-function pocket knife with a distinctive red handle that can trace its history all the way back to 1884 when Karl Elsener founded Messerfabrik Carl Elsener in Ibach, Switzerland.

Elsener named the company Victoria after his mother in 1909 and then in 1921 the name was changed to Victorinox – “inox” being an abbreviation for “acier inoxydable,” the French term for stainless steel. 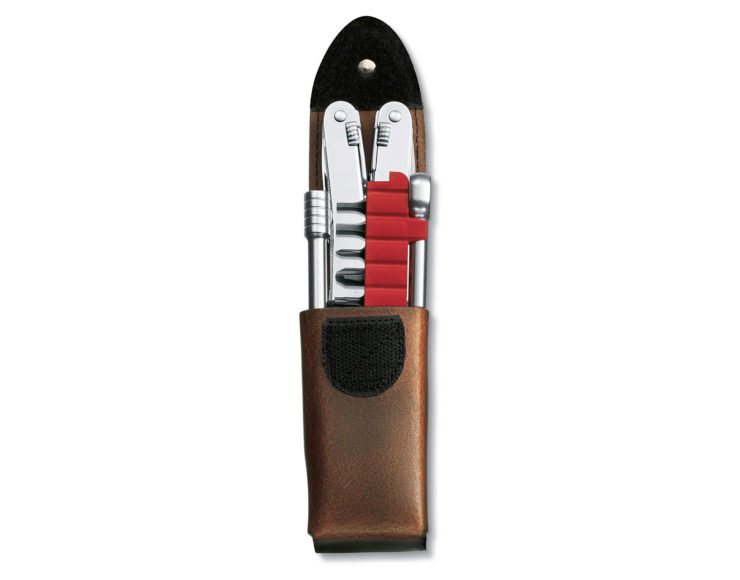 The multitool, ratchet, and additional bit carrier all slot neatly into the leather carrier for easy transportation and stowage.

Supplying knives to the Swiss Army proved to be the catalyst that would see Victorinox become a globally recognized brand and their wide array of multifunction pocket knives have been owned by countless millions.

The world of multitools is a more recent foray for Victorinox, though perhaps one they’re better suited to than almost any other company on earth given their history. The Victorinox Swiss Tool Spirit X Plus is their current top of the line offering, it has 35 tools in total and comes with a leather carry case.

The full list of tools and functions is available on the store listing, and it’s retailing for 179.99 USD on the official Victorinox Amazon shop. 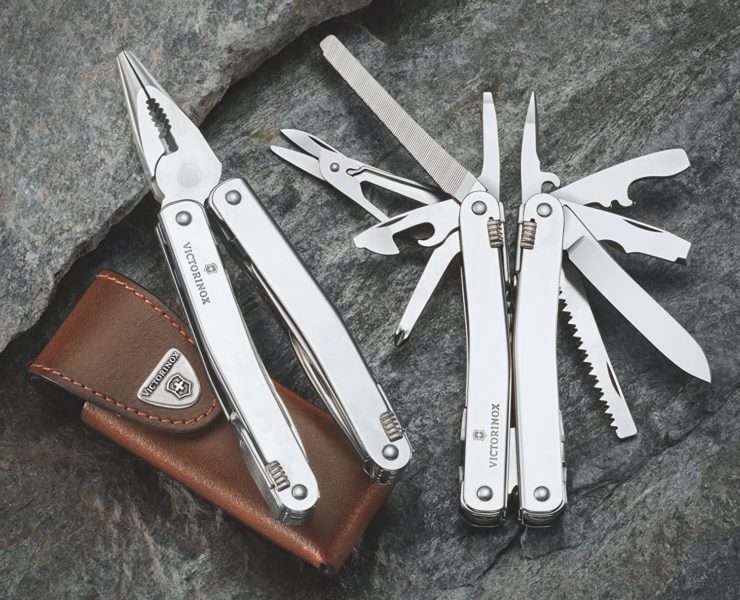