These shirts were created by Sean and Mike Tucker, they’re the great-grandsons of company founder Preston Tucker, and they’re doing a remarkable job of keeping his legacy alive and well in the 21st century. 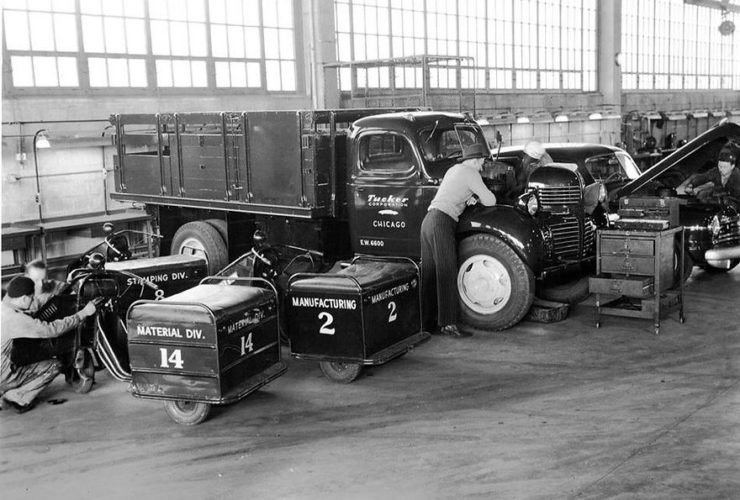 If you look closely, you’ll see the stencil logo design on the door of this truck – this was the source of this new t-shirt design.

Both Sean and Mike work in the automotive industry, with Sean on the engineering side and Mike on the business side. Back in high school they won the Chrysler Corporation’s “Build Your Dream Vehicle” competition in 1998 with a modern version of the iconic Tucker 48.

In more recent years the two Tuckers have worked on restoration projects of genuine Tucker 48s, and they became founding members of the Ypsilanti Automotive Heritage collection.

Above Film: This is documentary tells the story of Preston Tucker and the remarkable Tucker 48.

Part of the funding for the work the two men do comes from their line of official Tucker merchandise, they have t-shirts, hats, hoodies, and more available to buy on their web store.

This t-shirt is their newest design, its design is an exactly copy of the original, and you can now buy it on your choice of either a black or maroon t-shirt with sizing ranging from S all the way up to 3XL. They cost $19.99 USD each, and they come with a certificate of authenticity signed by Sean and Mike Tucker. 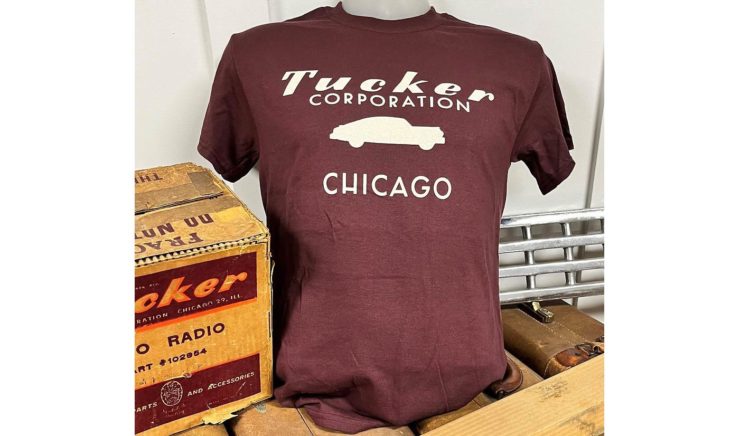