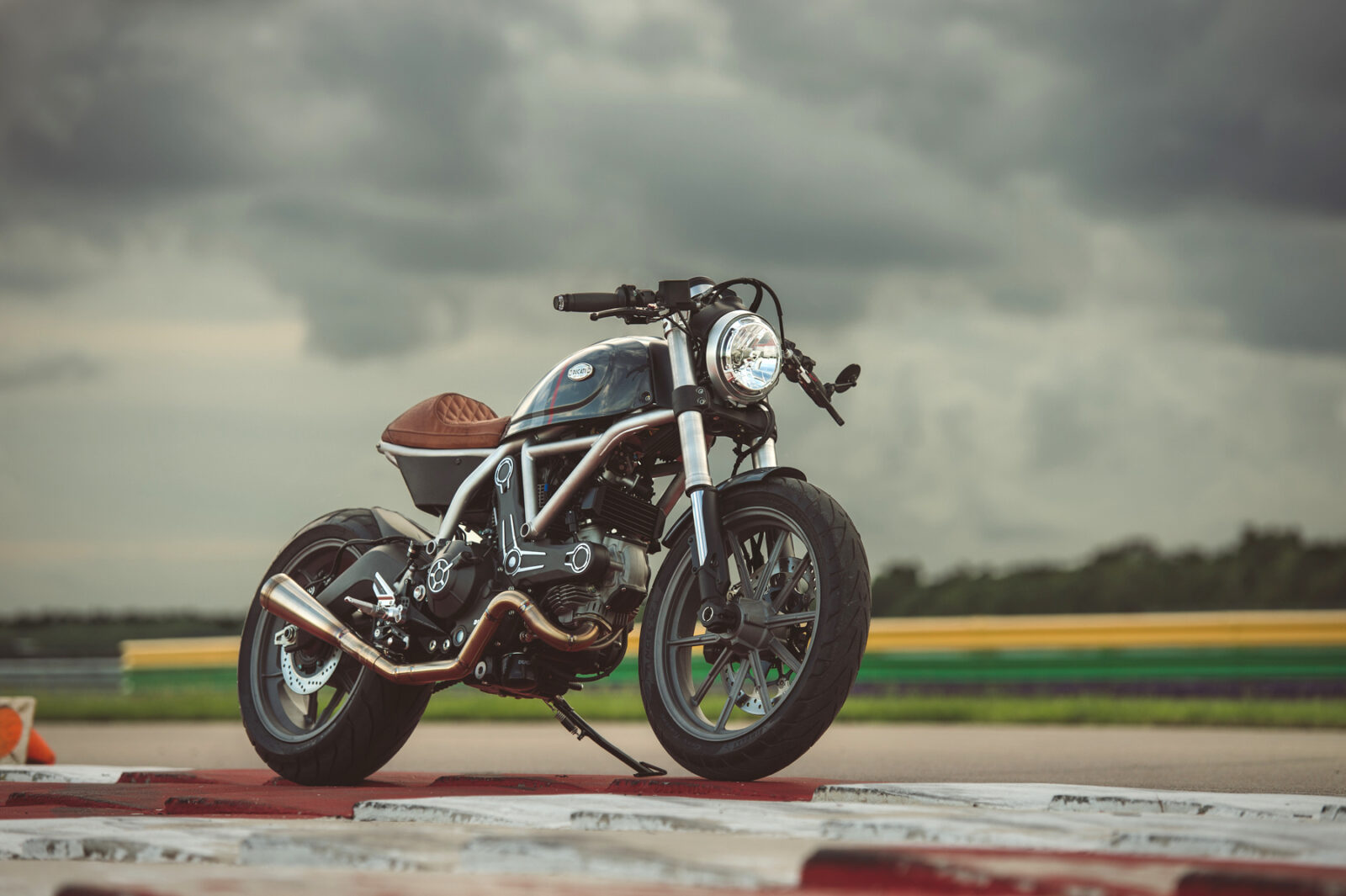 The new Ducati Scrambler is rapidly becoming one of the most popular modern platforms for custom motorcycle builders, as a result of its relatively affordable sticker price and its simple construction. It’s now joined the ranks of the Harley-Davidson Sportster, the Triumph Bonneville, and the Honda CB750 as a foundational model for the modern custom motorcycle community.

This particular Ducati Scrambler is perhaps a little more special than most, it was built by TTRNO out of New Orleans for a New York television producer with an eye for detail and a clear vision of what he wanted. 152 emails went back and forth containing ideas, influences, concepts, and other motorcycle builds before a final rendering was selected and work began.

The Ducati Scrambler was chosen because it’s a modern, reliable motorcycle with iconic styling and exactly the kind of sharp, punchy handling you’d want in a bike that’ll be used in a city like New York. One of the primary objectives was to strip anything off the bike that could be removed without affecting performance, in order to get kerb weight as low as possible.

The beautiful stitched leather seat was made bespoke by Karl Vosloh, the exhaust was welded up by the team at Royal-T Racing, and the freshly painted fuel tank finished the build off. The team at TTRNO decided to call their new custom the Carra Scrambler, and since its completion it’s been loaded up onto the truck and sent to its new owner in New York – so keep an eye out for it if you live in the Big Apple.

Interestingly the family team at TTRNO started out as a Vespa dealership, after a trip to Rome they’d become enamoured with scooters as an efficient means of transportation, so they set up their own dealership in New Orleans. The company has expanded significantly since then – and high-end custom motorcycle work is their newest expansion. 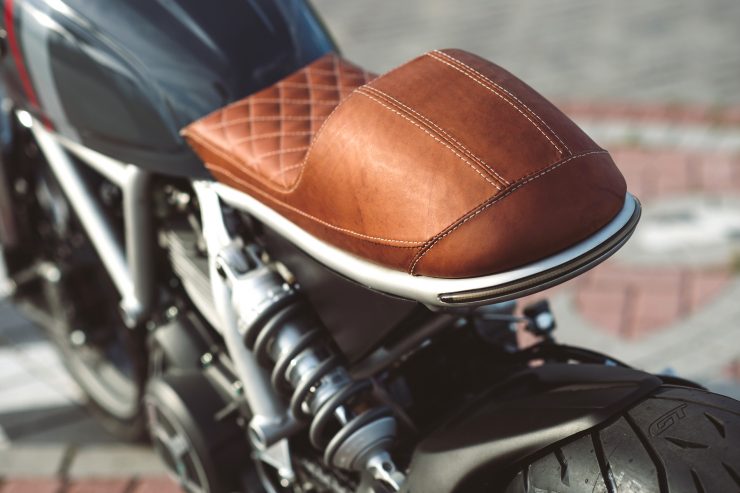 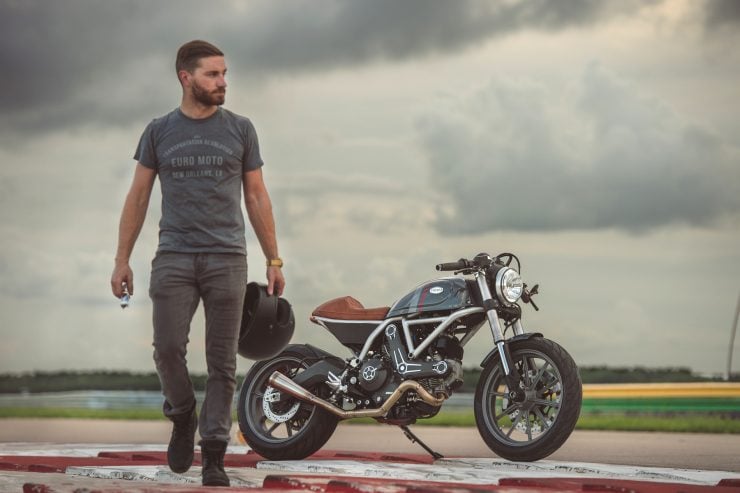 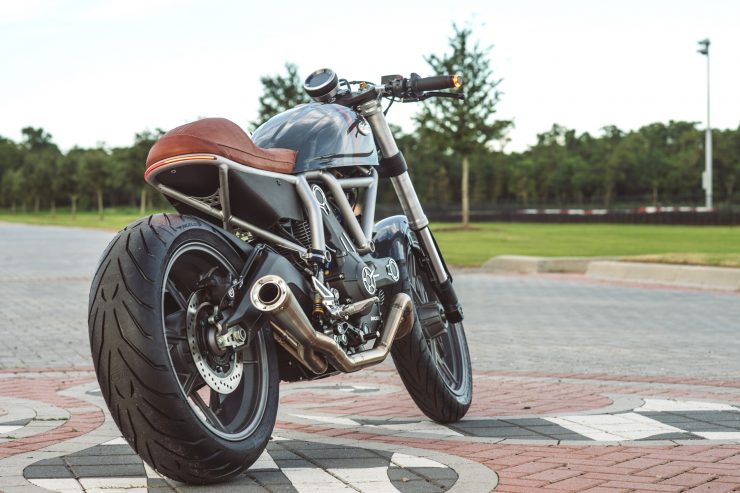 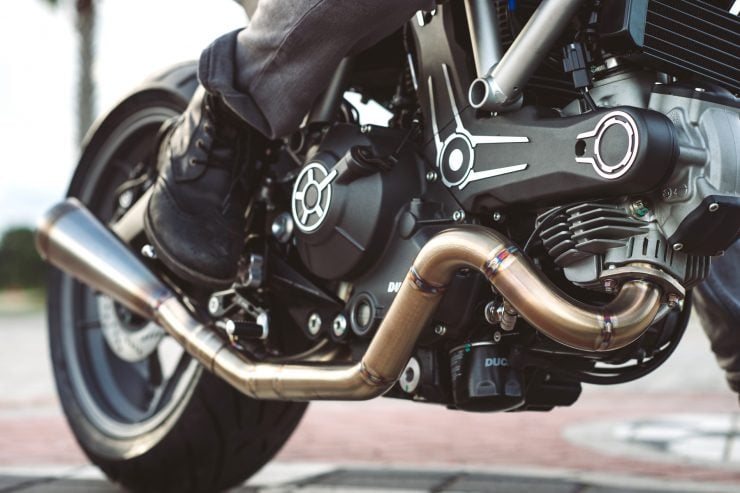 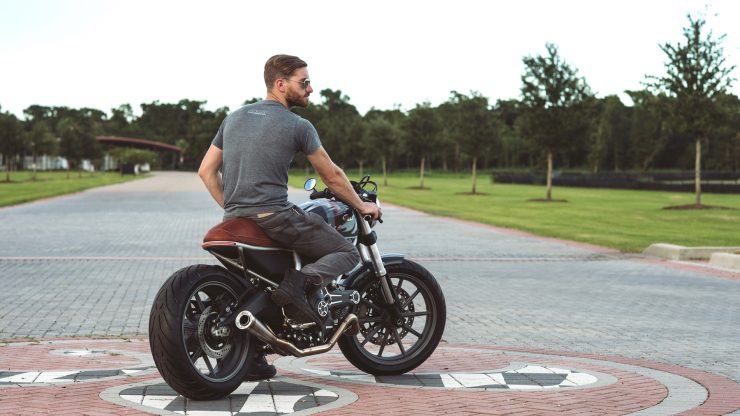 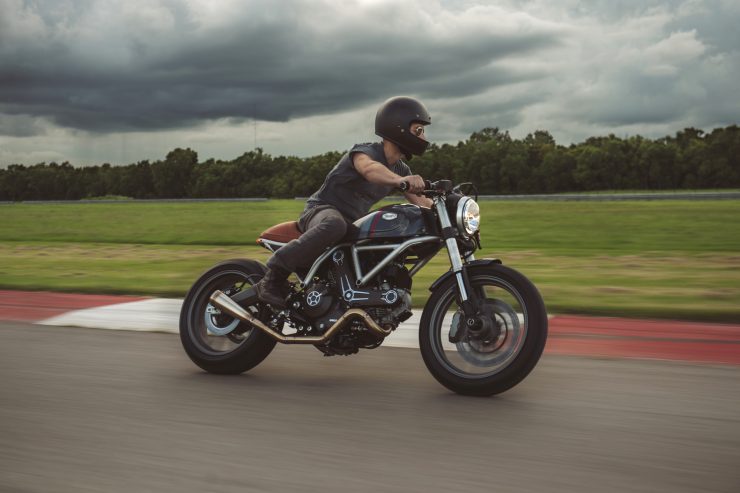 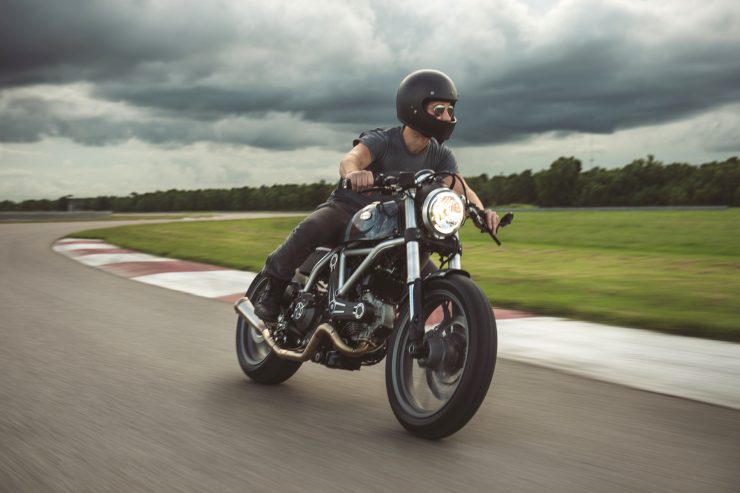 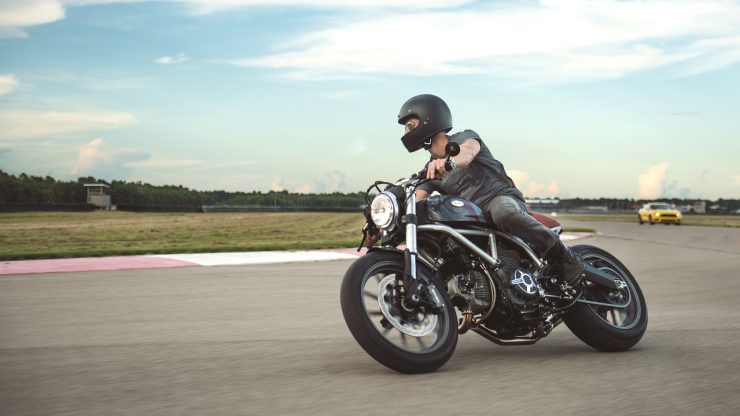 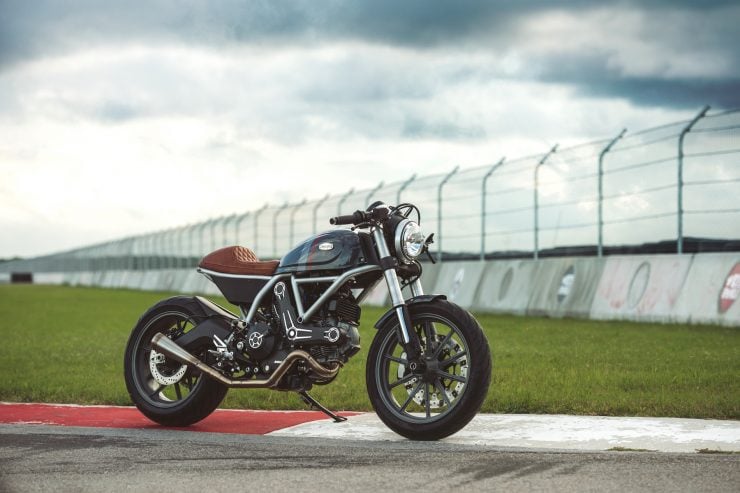 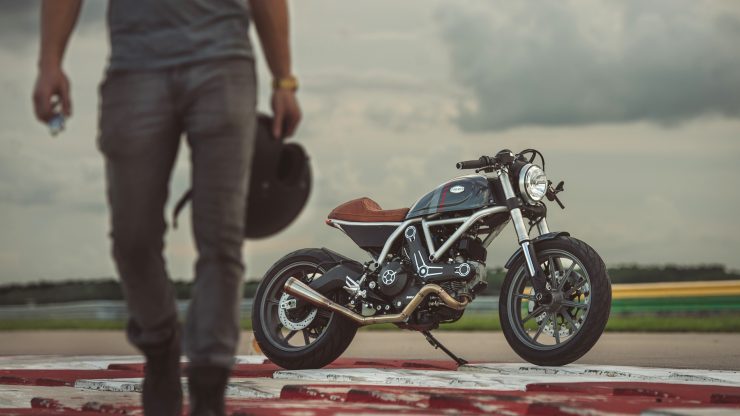 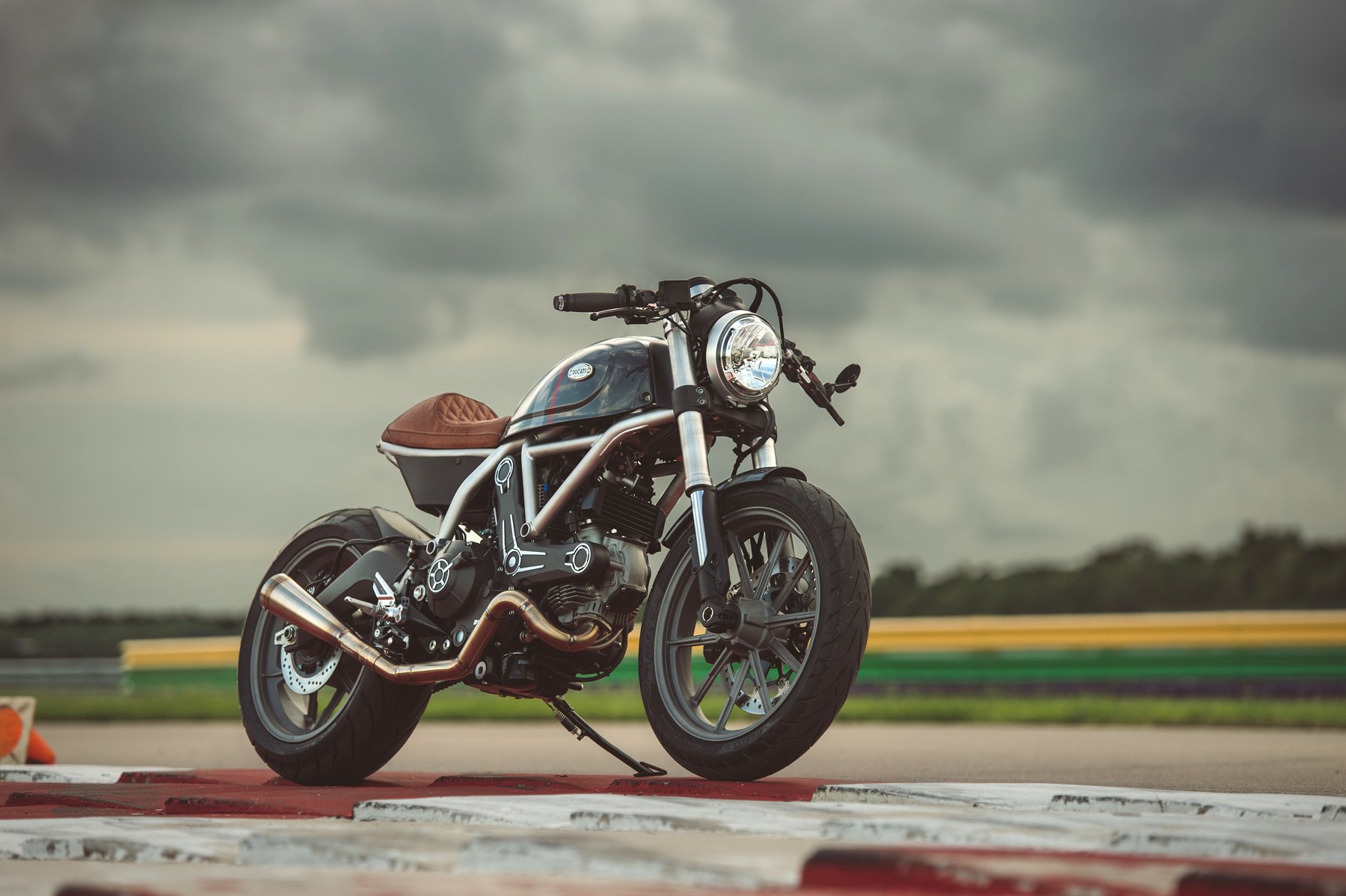