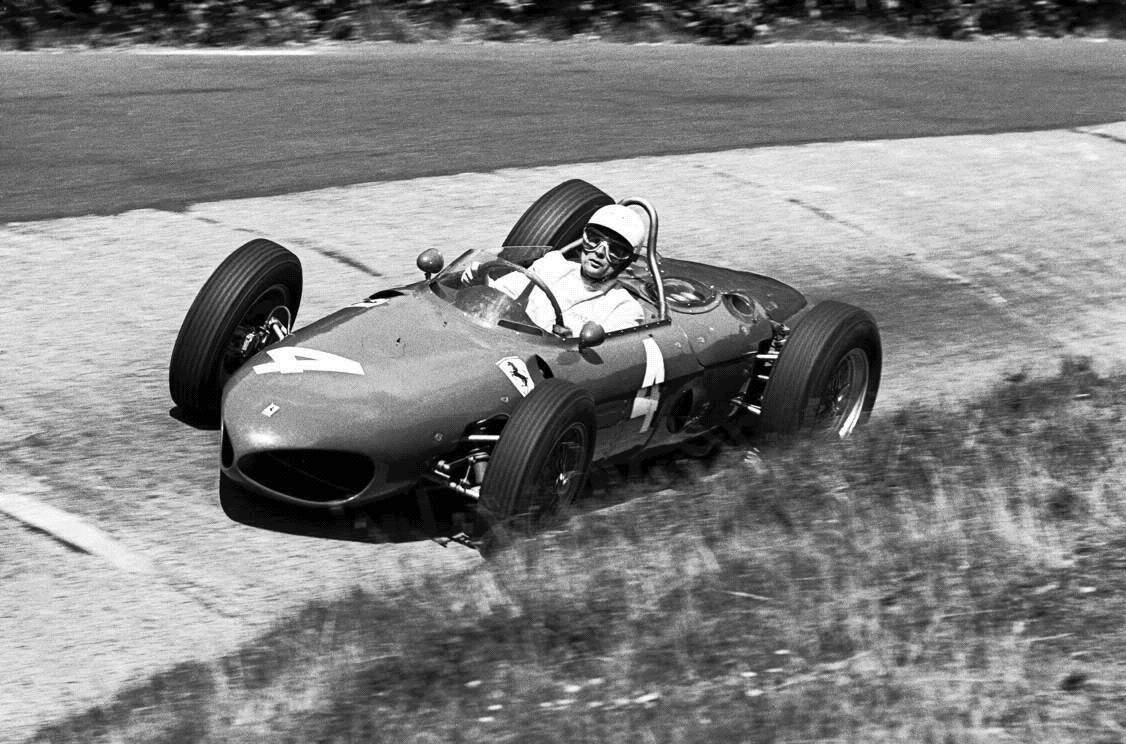 Phil Hill in the Sharknose Ferrari 156 doing what he did best.