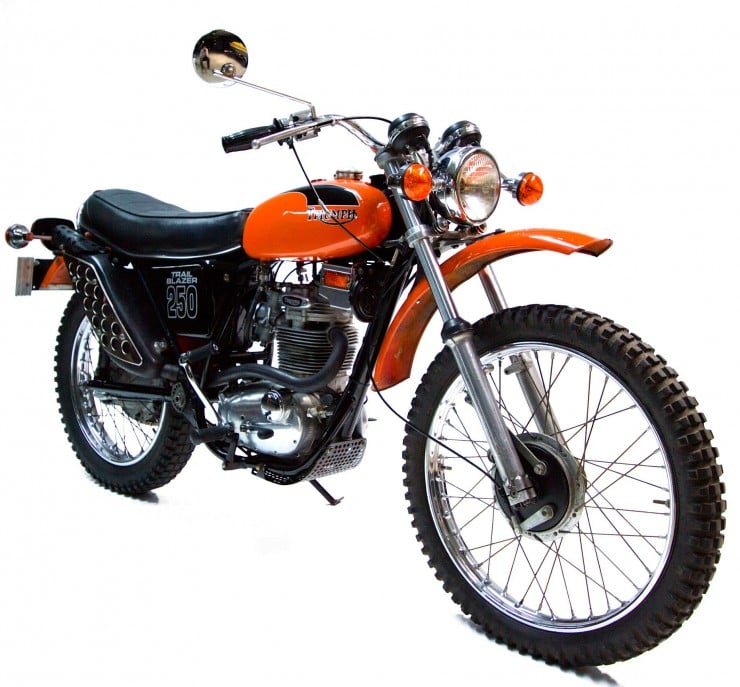 This 1971 Triumph Trail Blazer looks to me to be just about the perfect weekend warrior, the single cylinder 250 never really caught on when it was released in 1971 and so now they’re quite rare and tend to be viewed as collectibles. As with many British bikes of the era, the Trail Blazer had some relatively significant mechanical issues, they were famous for detonating their gearboxes at wildly inopportune times, the clutch was a temperamental as an old lady’s cats and the engine vibration in the upper rev-range was known to shake people into early-onset Parkinson’s.

Despite these short comings, the bike remains popular with vintage off-road enthusiasts. There are little communities dotted across Britain and other parts of the world where owners can share tips, parts and stories whilst commiserating when some poor chap’s transmission goes off like a small nuclear device.

The Triumph Trail Blazer pictured here is due to be auctioned off by Webb’s of New Zealand, it has a matching engine and frame number and is estimated to be worth somehwere in the region of $3,000 – $5,000. 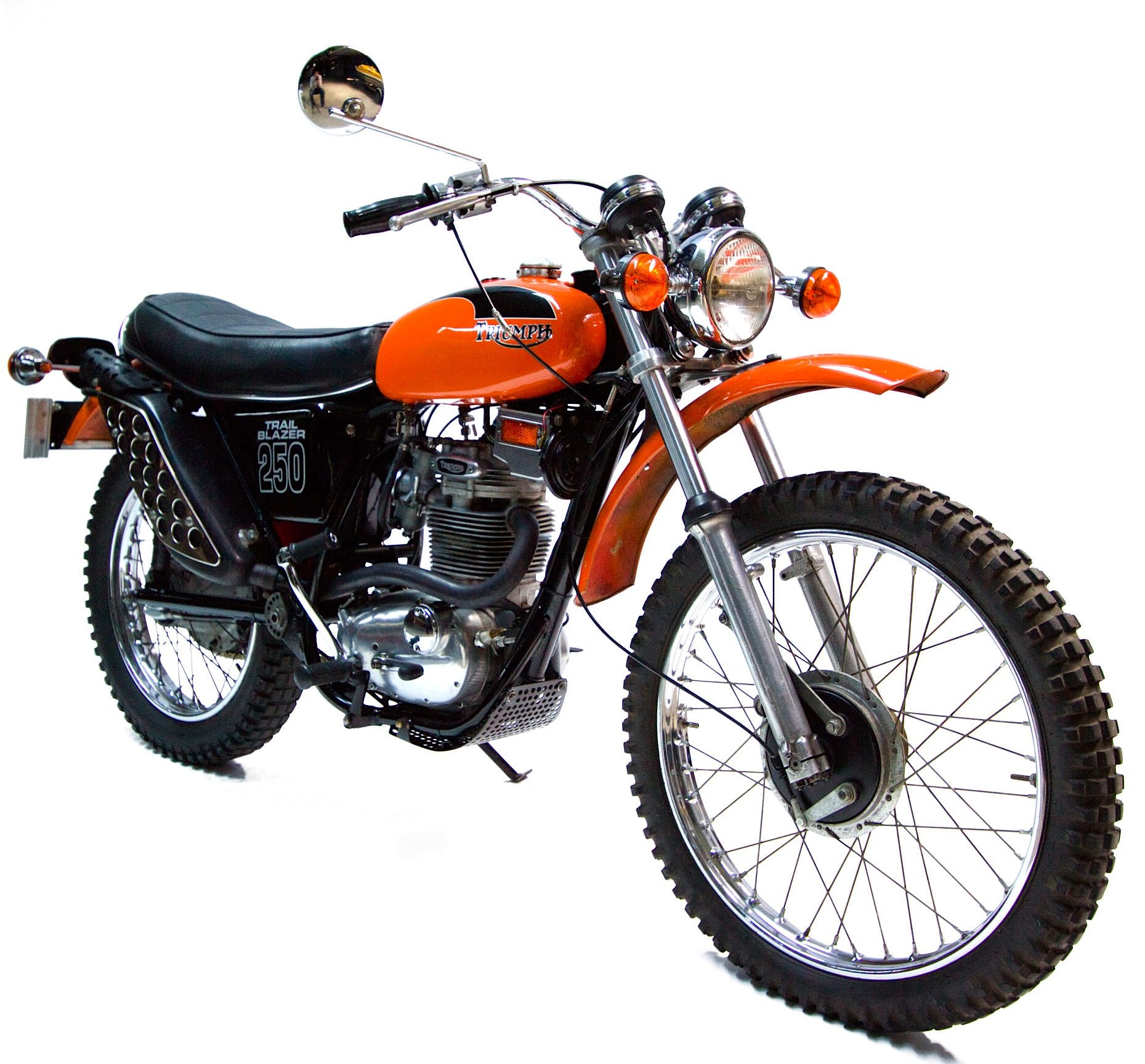