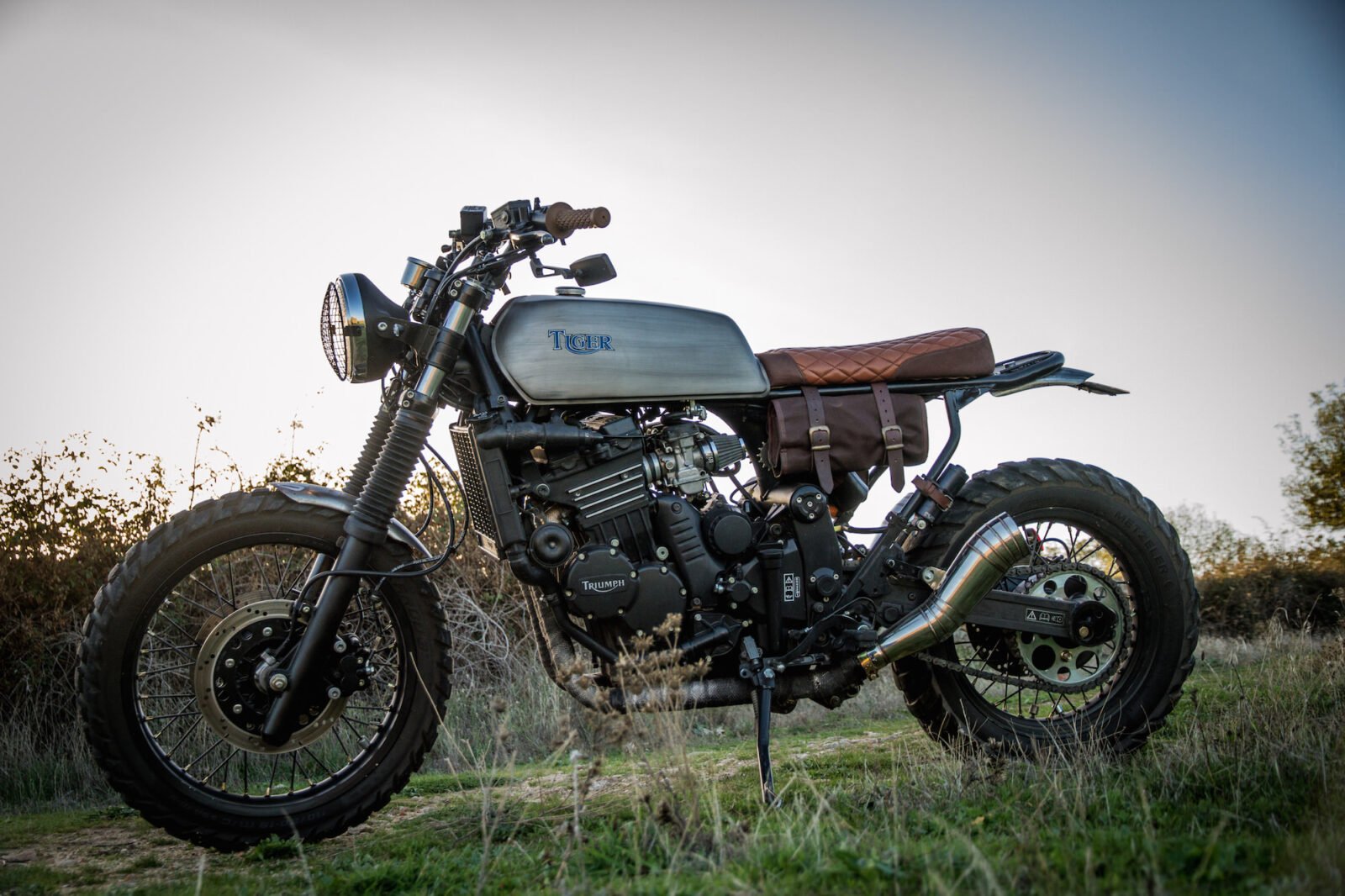 The original Triumph Tiger 900 was released in 1993 and remained in production for 5 years, it won a small but loyal band of followers who nicknamed it the “steamer” and rode the model to just about every region of the planet. Today, the triple-cylinder Tiger is a common first adventure bike for many in Europe and it also makes a great platform for tinkerers of the off-road persuasion – Tigers are cheap and parts are plentiful.

One thing we haven’t seen much of with the Tiger 900 is full custom rebuilds – although that may all be about to change. The bike you see here is the work of Nomade Cycles, a Madrid-based custom garage with a history of creating slightly unusual machines.

When you sit down and read the vital statistics of the ’90s-era Tiger you quickly begin to winder why there are more of them being rebuilt. The model has a dry weight of 209kg (461lbs), a DOHC 82bhp engine that produces 60 ft-lbs of torque and a 6-speed transmission. Rear suspension is provided by a monoshock with adjustable preload and rebound damping, and up front there are a pair of 43mm forks with twin discs at the hub.

Once the team at Nomade Cycles rolled their Tiger into the workshop they began the teardown process, as with essentially all adventure touring motorcycles, there was a lot of plastic fairing to remove, along with windshields, panniers, fenders and the fuel tank.

Once they had it stripped they realised it was actually quite a handsome machine, so their mission from then on became to cover it up as little as possible as the rebuild progressed. A new much smaller tank was sourced from a 1977 Yamaha XS400, a new halogen headlight was fitted and a chunky pair of Metzeler Karoo 3 tires were added.

A new stainless steel exhaust was fitted along with new silencers, Rental handlebars and Biltwell grips. A new seat pan was fabricated and upholstered in-house by Nomade Cycles, along with a leather tool bag on the left side and a small carry bag on the right.

The finished bike is undoubtably one of the most capable off-road customs we’ve seen in recent memory, thanks to its underpinnings, and I suspect it’s going to inspire a few people to look more closely at the Tiger 900 as a platform for non-traditional customs. 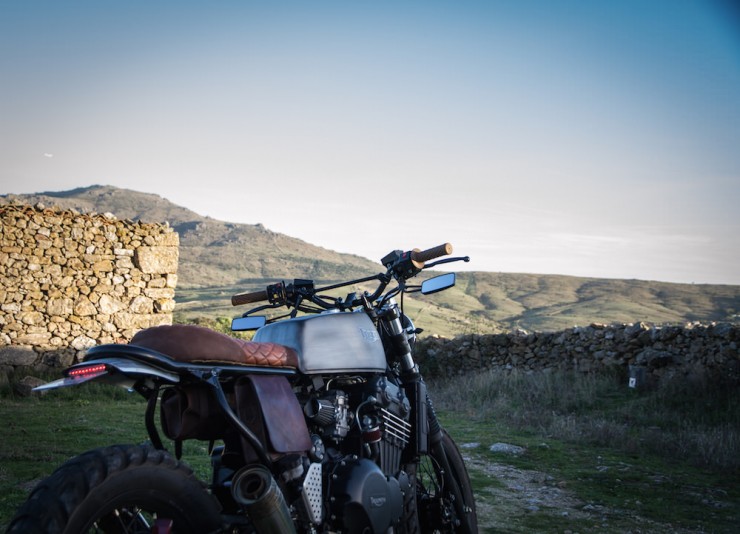 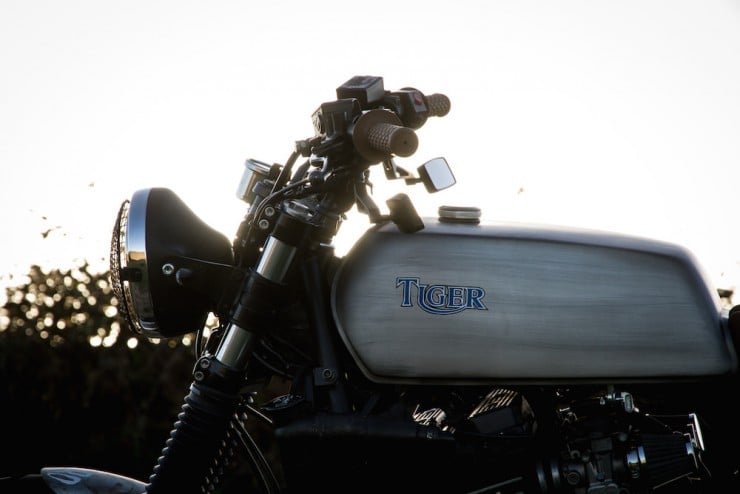 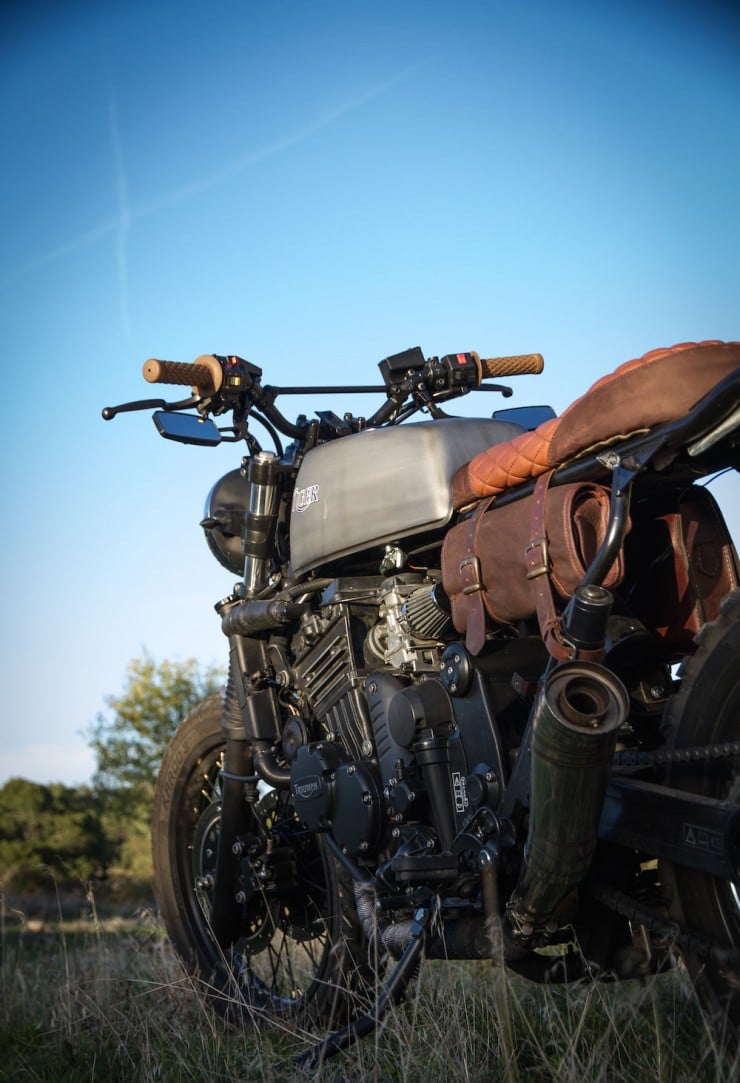 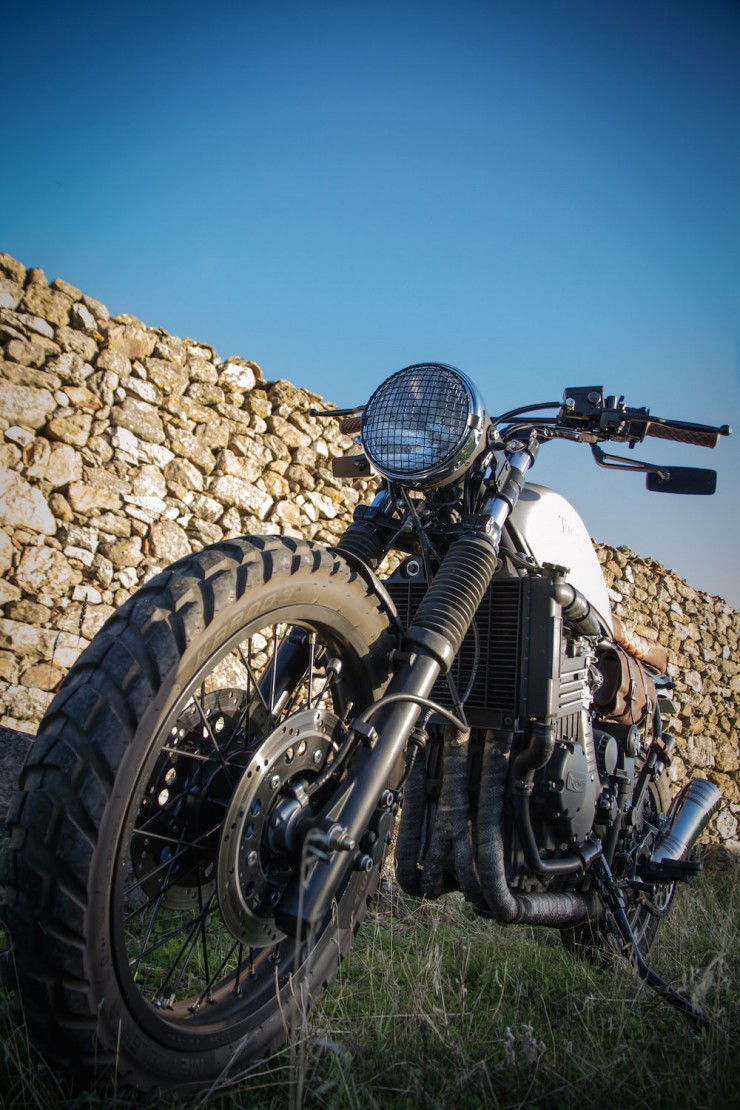 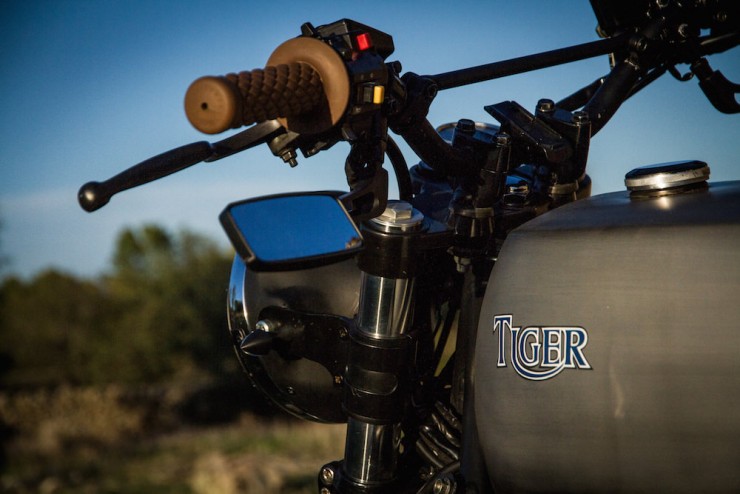 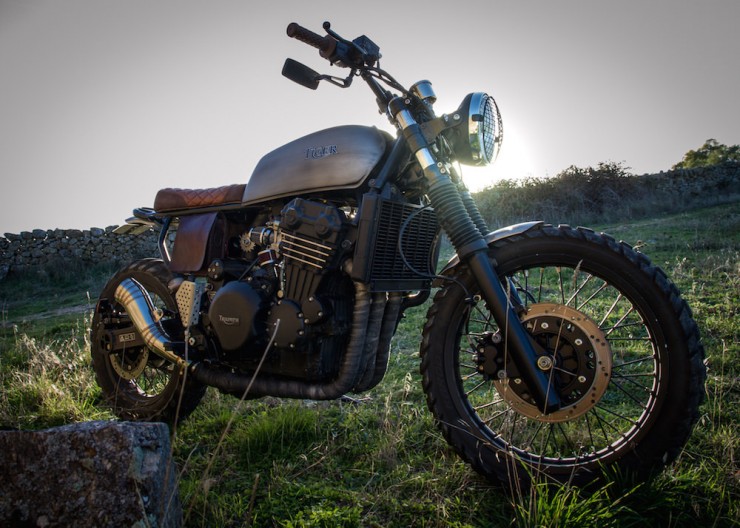 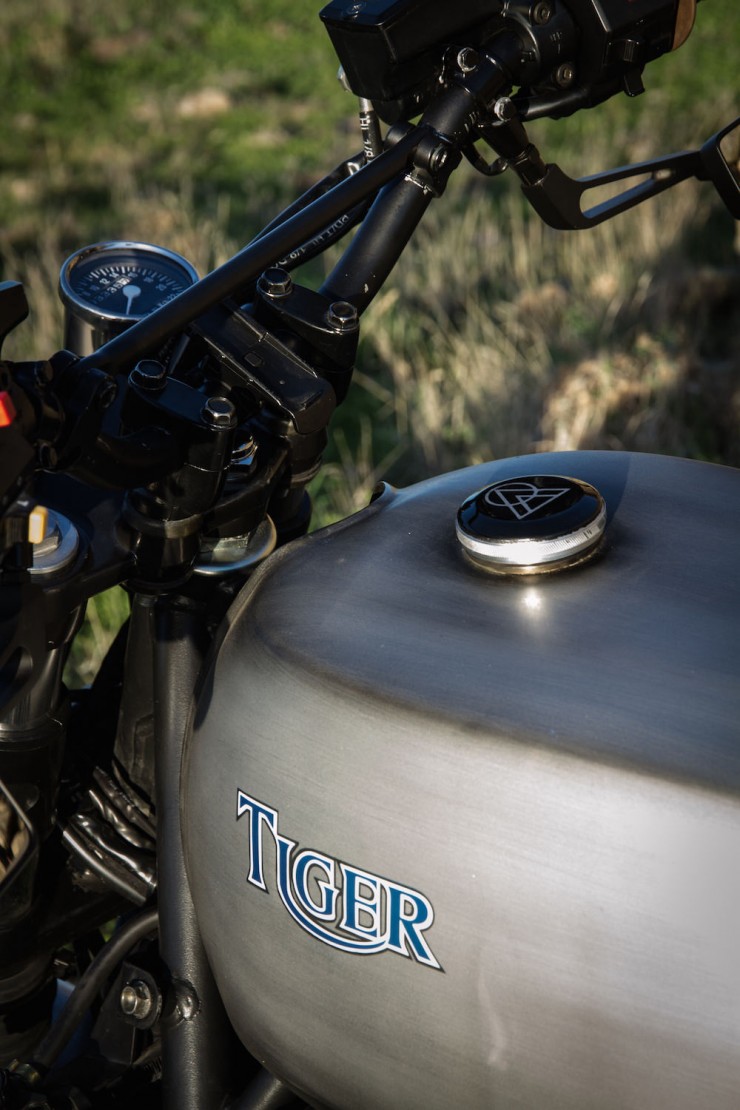 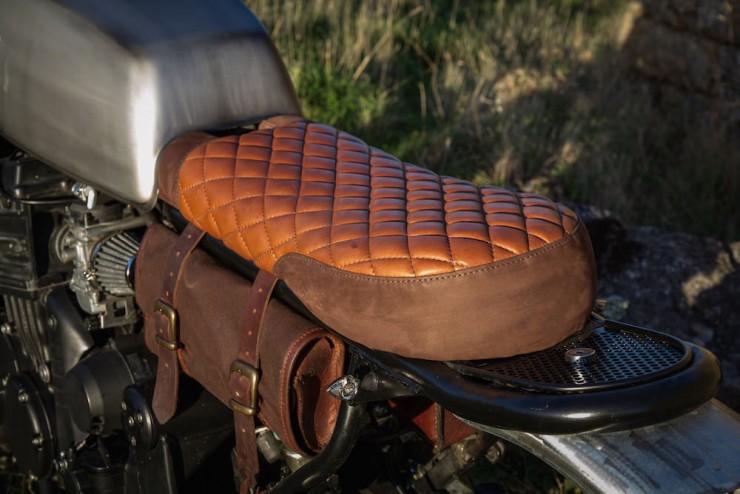 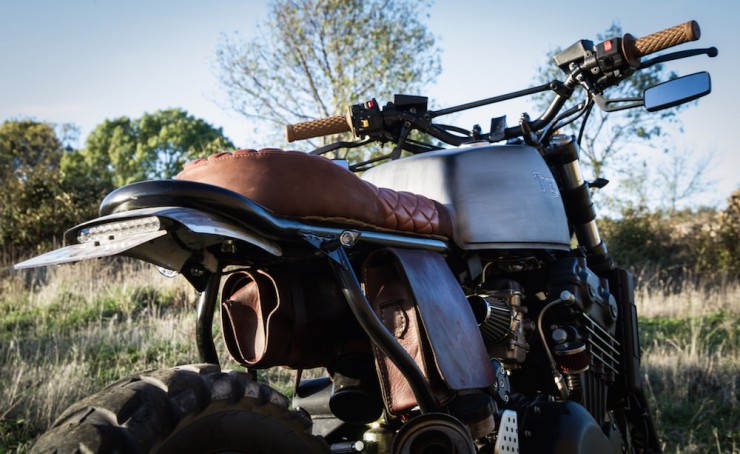 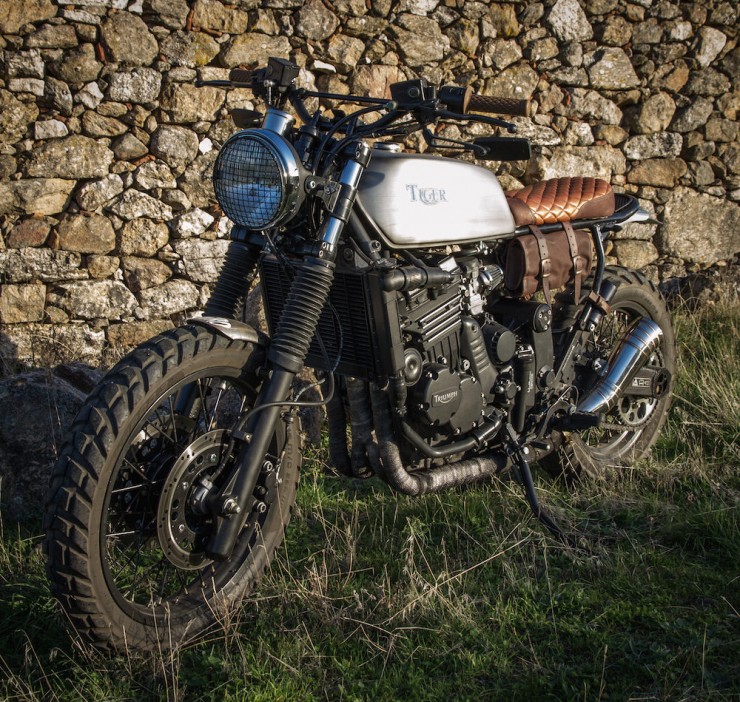 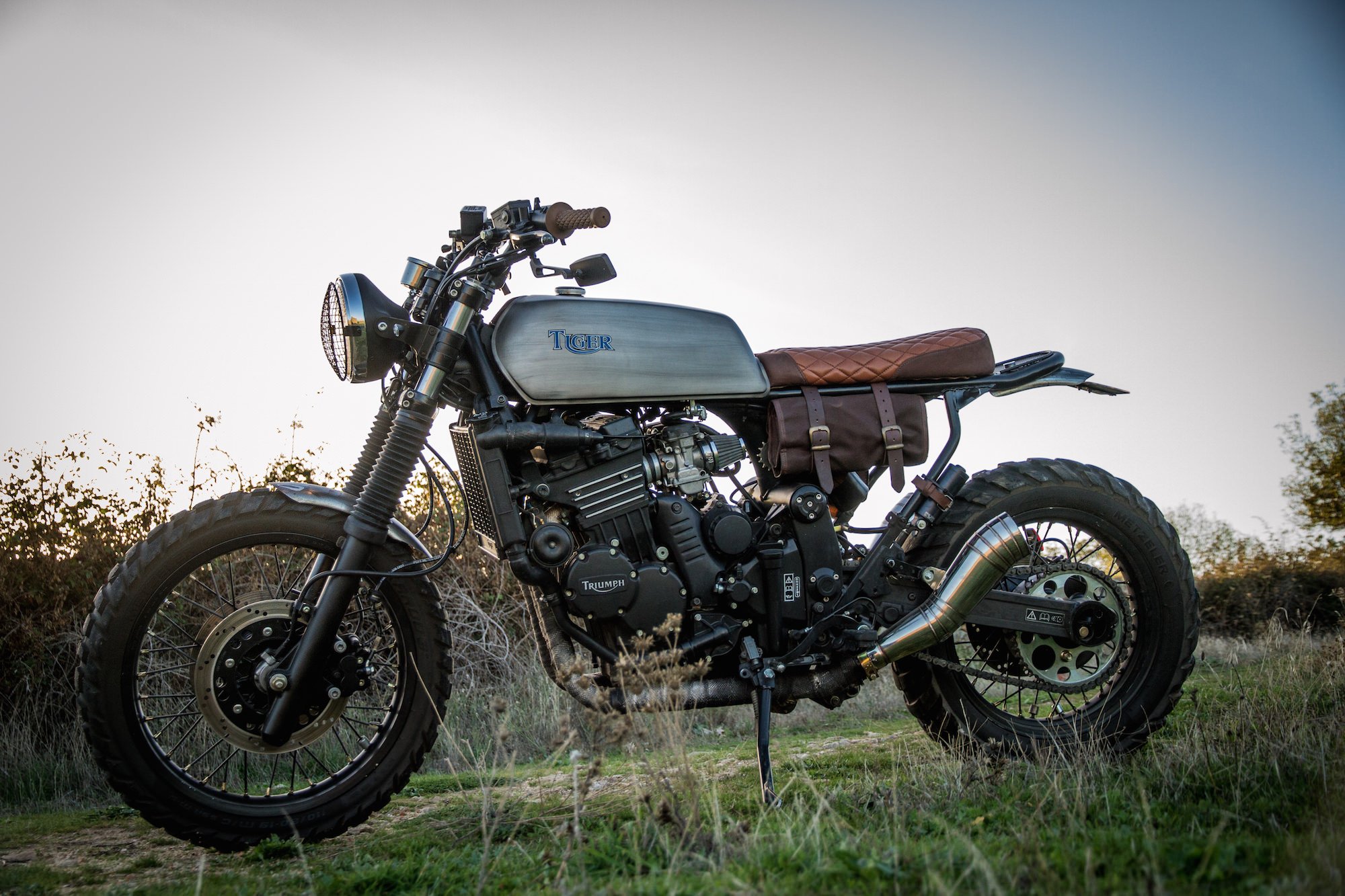