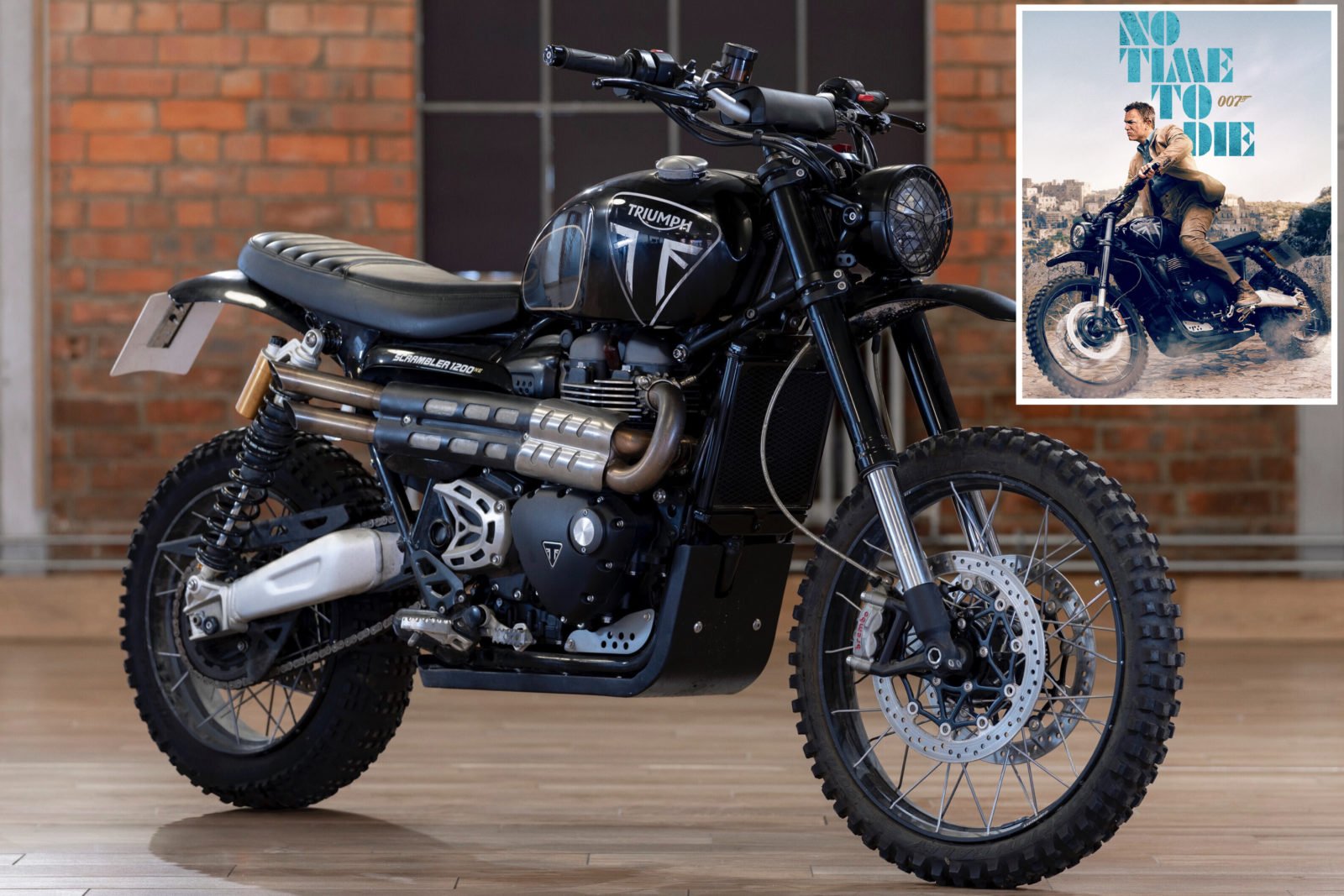 This is the Triumph Scrambler 1200 XE stunt motorcycle that was used while filming the memorable chase scene in the James Bond film “No Time To Die” in 2021.

Unlike the earlier Triumph Scrambler from 2006 the newer 1200 version is a genuine dual sport adventure bike designed to be capable off road as well as on. Competition in the retro scrambler section of the motorcycle market has been hotting up in recent years with some excellent offerings from Ducati, BMW, and Moto Guzzi.

Above Video: This clip from “No Time To Die” shows the Triumph Scrambler 1200 XE stunt motorcycle shown in this article being used on screen. It’s ridden by both the bad guy (Dali Benssalah) and Daniel Craig.

Triumph was the company that kicked this modern scrambler movement off back in 2006 and so perhaps it’s fitting that they be the ones to kick off a new sub-genre – retro adventure bikes.

The 1200 Scrambler is powered by a 1200cc parallel twin engine with liquid cooling, multipoint sequential electronic fuel injection, 8 valves, a single overhead cam, a 270° crank angle, and a 6-speed transmission.

Showa 45mm fully adjustable upside down forks are fitted up front with 200mm travel, and there are twin Öhlins fully adjustable shock absorbers in the rear, also offering 200mm of wheel travel. 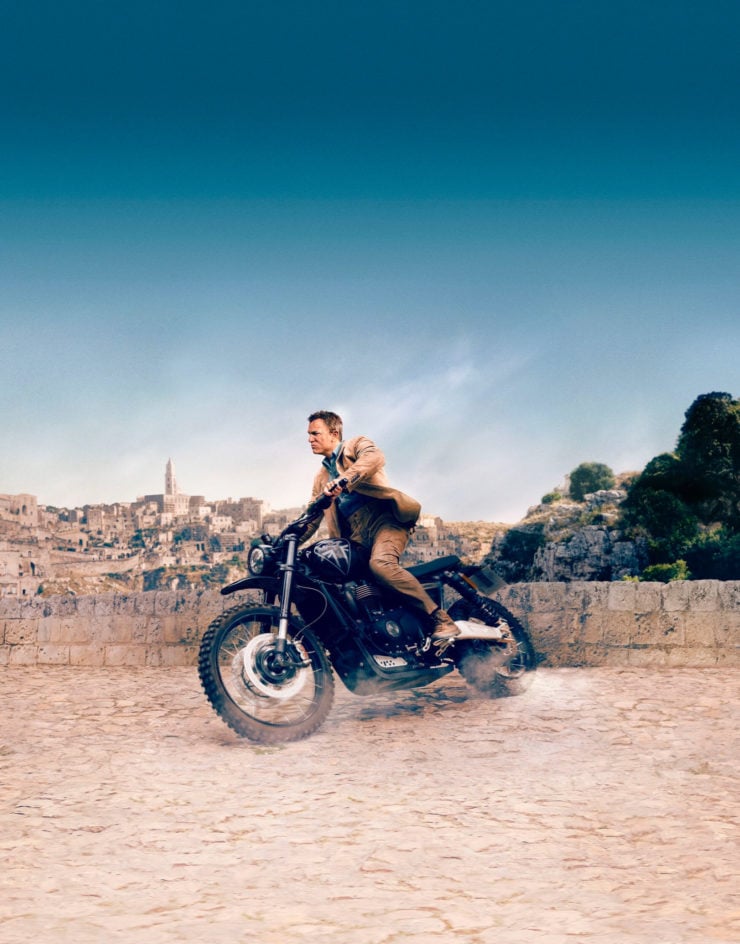 This Scrambler featured heavily in the promotional materials, movie posters, and trailers for the last of the Daniel Craig Bond films “No Time To Die.”

The “No Time To Die” Scrambler Shown Here

“First and foremost, as a stunt coordinator I have to be sure that we can achieve the action on that motorcycle. Is it agile and powerful enough for the stunt riders to achieve what I want them to? And also, crucially, does it fit the story of the film in a way that’s credible on screen.”

“We loved the look of the Scrambler 1200 XE and rode it absolutely flat out. I mean as aggressive as you can ride a motorcycle. Lighting it up off-road, drifting it through really slippery streets in Matera, hitting steps flat out in third gear, quick direction changes, jumps, everything you could imagine, and that bike performed brilliantly.” – Lee Morrison, Stunt Coordinator, No Time To Die.

Given the range of modifications given to this bike by the stunt team on the film it’s now no longer road legal, and Christie’s note that it’s not registered with the Driver Vehicle Licence Agency (DVLA) nor is it approved for use on any public roads or homologated.

The new owner could apply the necessary changes to get it road legal of course, but it would potentially harm its value as an original screen-used Bond vehicle. It’ll be up to them to decide. 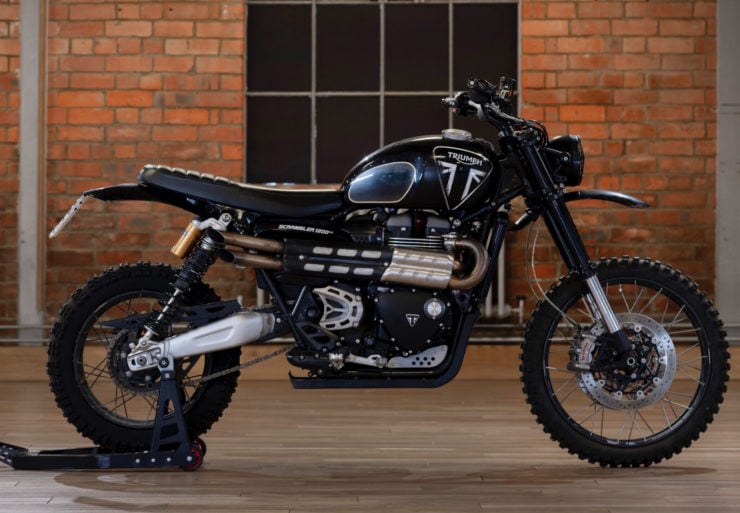 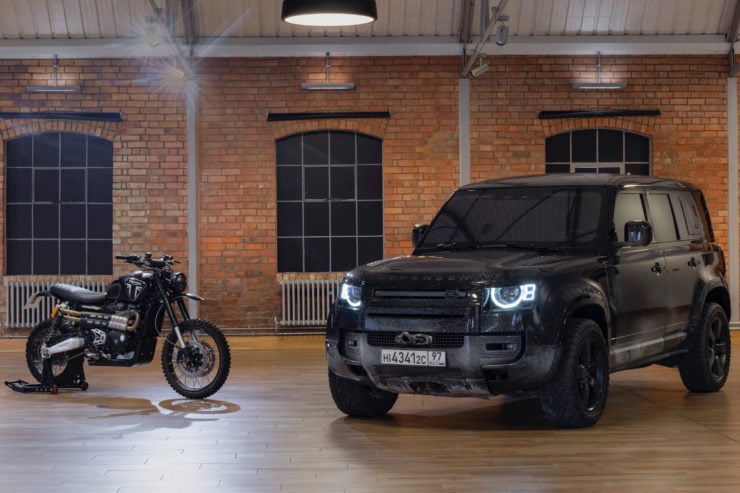 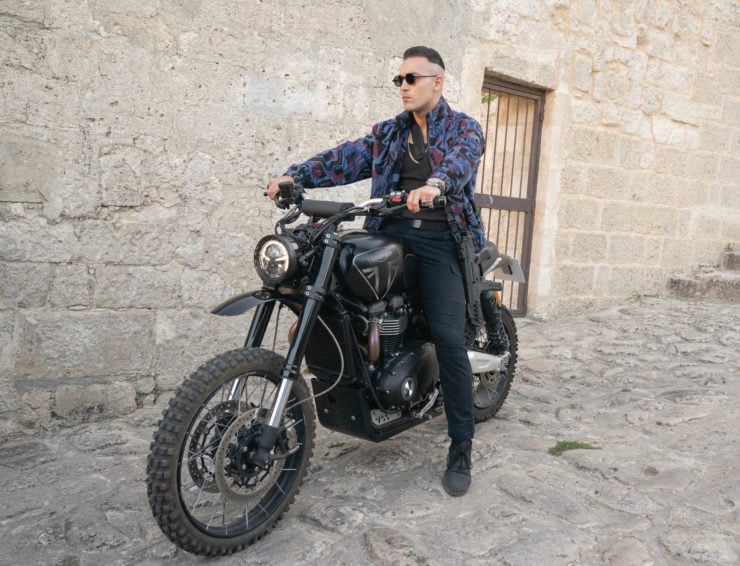 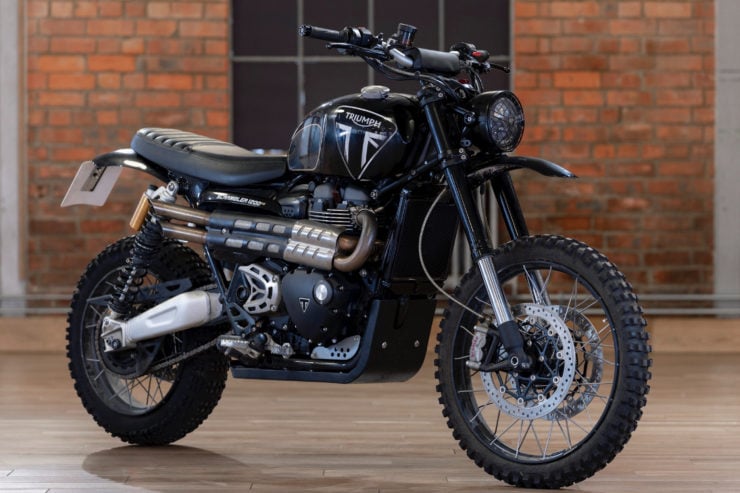 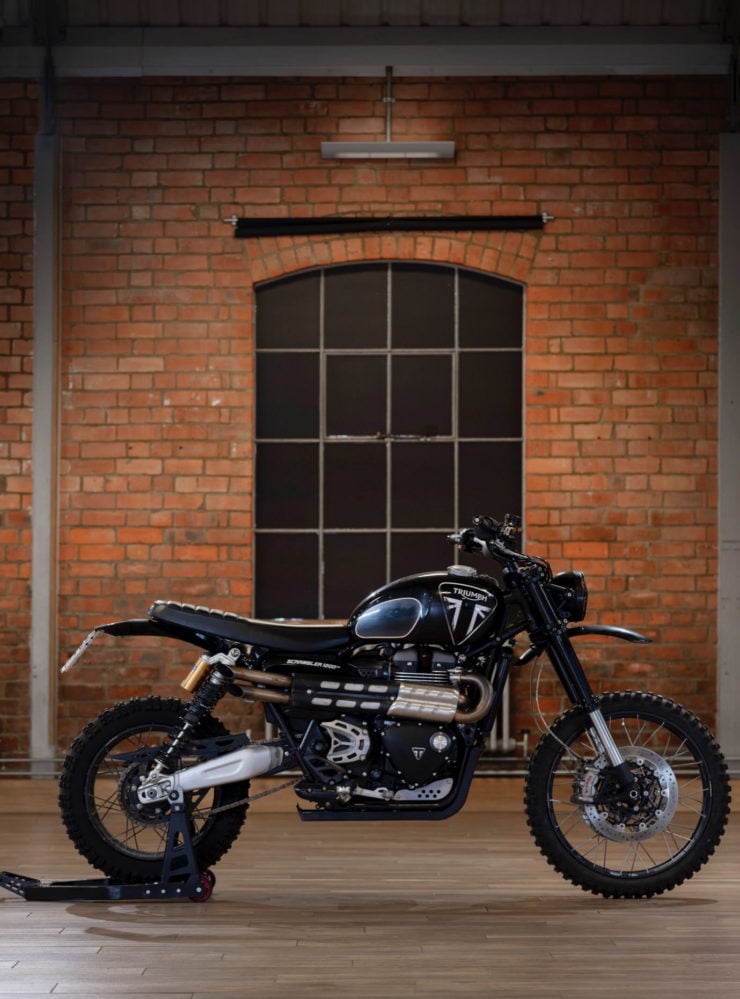 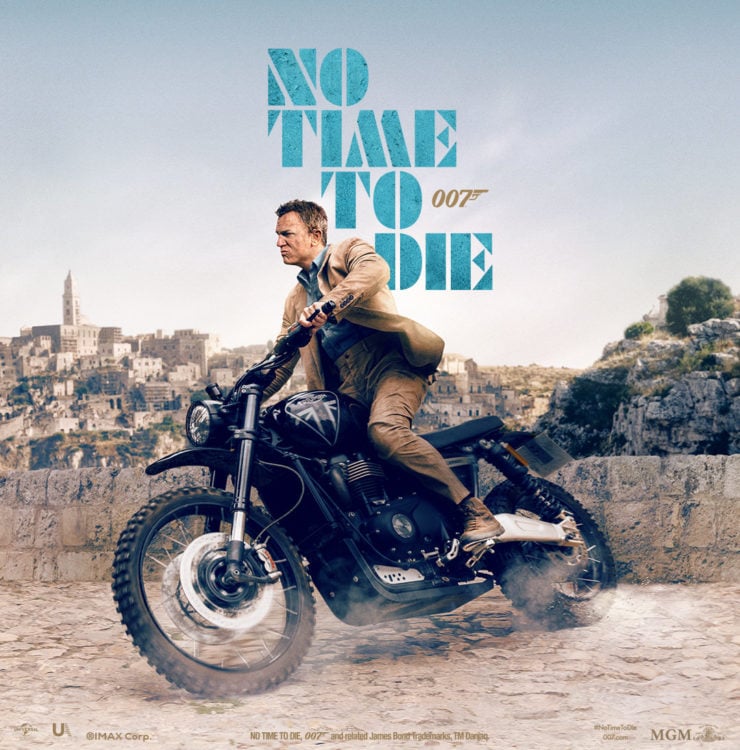