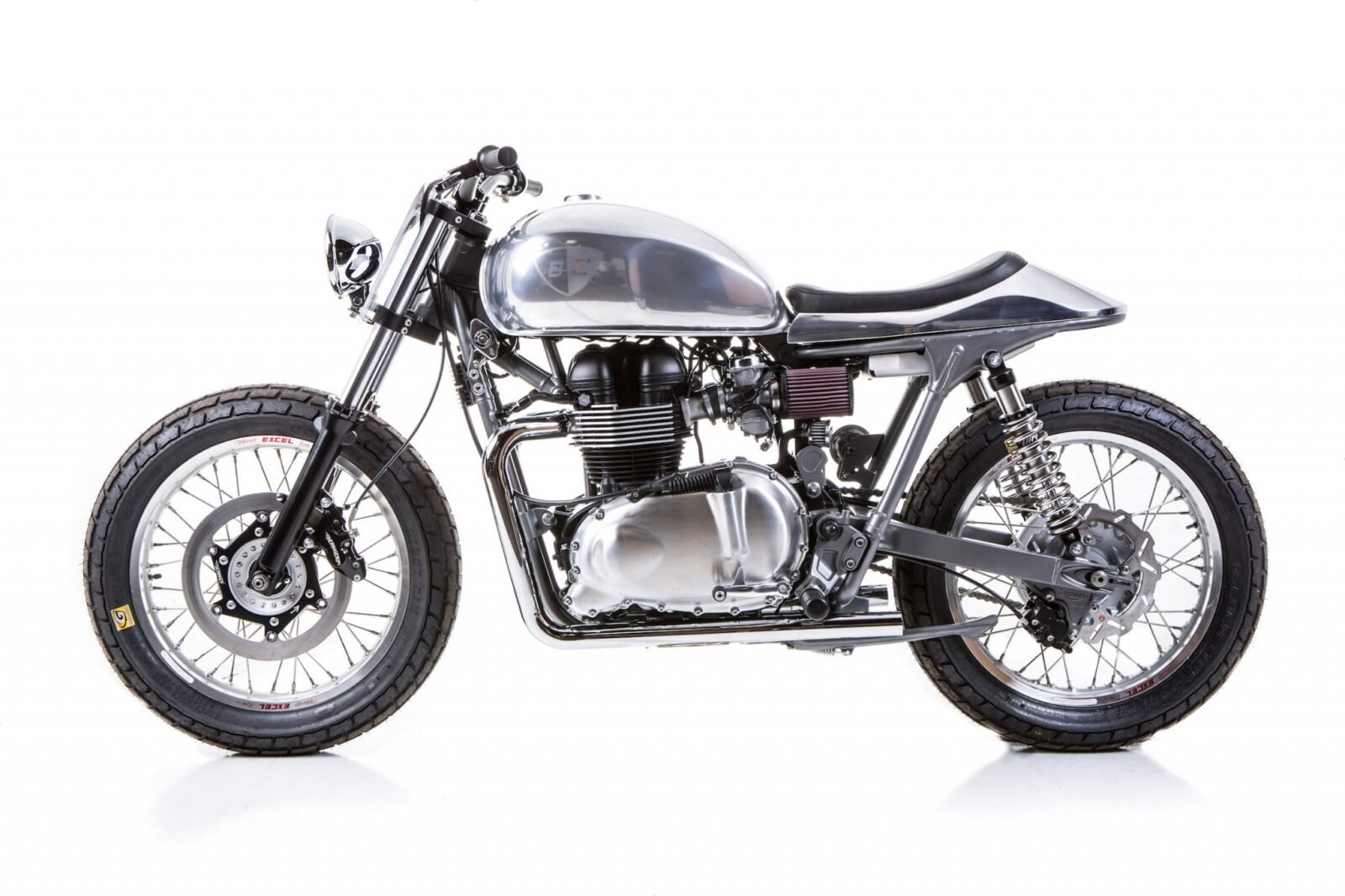 The modern Triumph Bonneville is a bike that can be taken apart and rebuilt into almost any style of motorcycle you can image, this flexibility is largely due to the huge after-market parts catalogue that’s been fuelled by the popularity of the model – it’s been selling like hotcakes since it was re-introduced in 2001.

Much of that extensive parts catalogue is thanks to British Customs, a company that specialises in creating spares, mods and gear for Triumph motorcycles and their riders. When they aren’t developing parts, the team at British Customs build their own bikes, and they’ve quickly become a force to be recked with in the custom motorcycle community.

The bike you see here started life as a 2011 Triumph Bonneville T100 before it was rolled into the workshop and fully disassembled. It was decided that it would be rebuilt into a modern flat tracker in the spirit of the bikes ridden by icons like Eddie Mulder, Gary Nixon, and Gene Romero.

In order to improve airflow, a pair of K&N filters replaced the airbox and the carburettors were rejetted to match. A Drag Pipe Exhaust was then bolted on in place of the original exhaust, paired with DynoJet O2 block off plugs and a DynoJet Power Commander PCV. The fuel tank was then stripped and polished to match the new handmade aluminium seat, a Renthal 1 1/8 inch Fat Bar replaced the stock unit and it was topped off with Pury Road Grips. 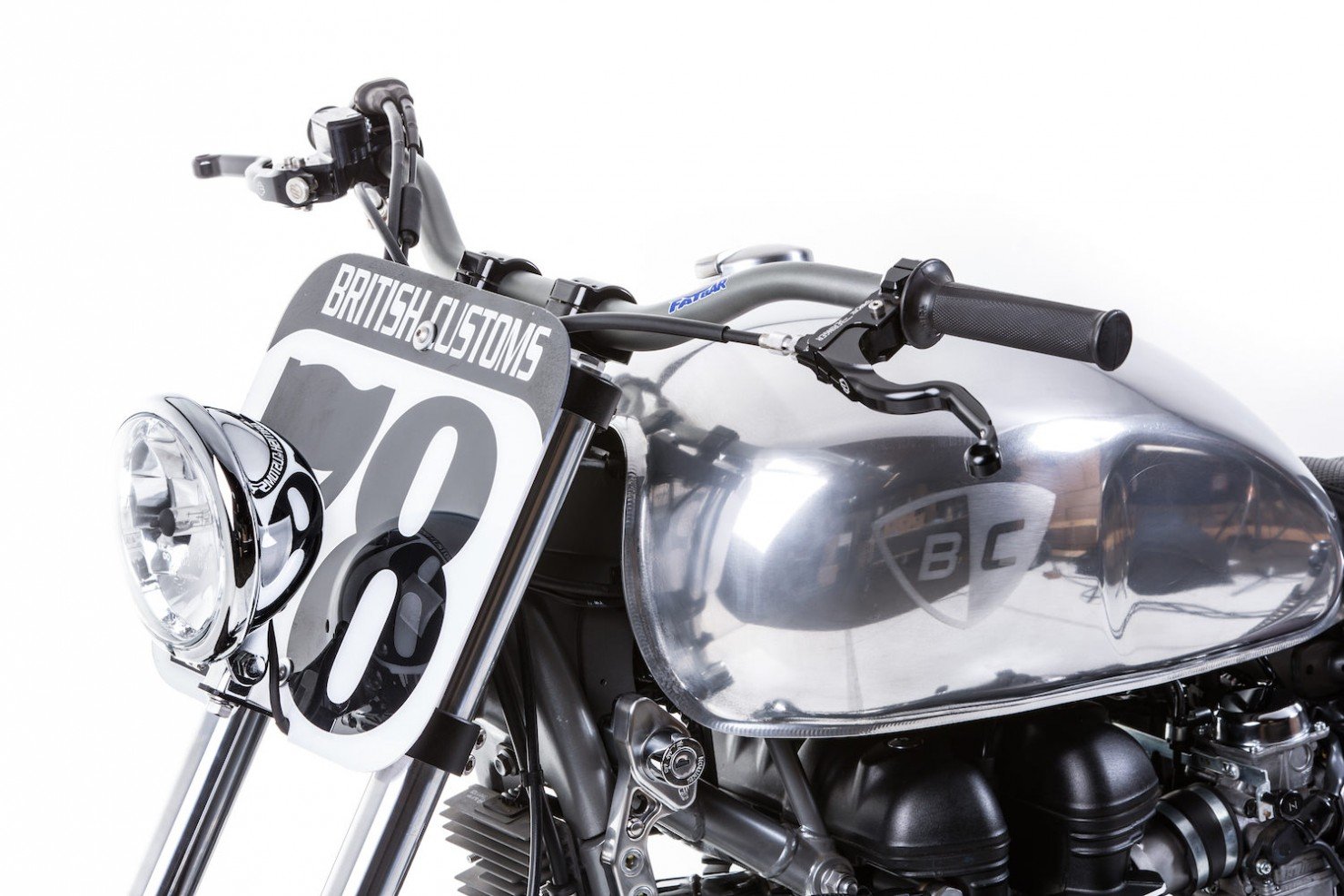 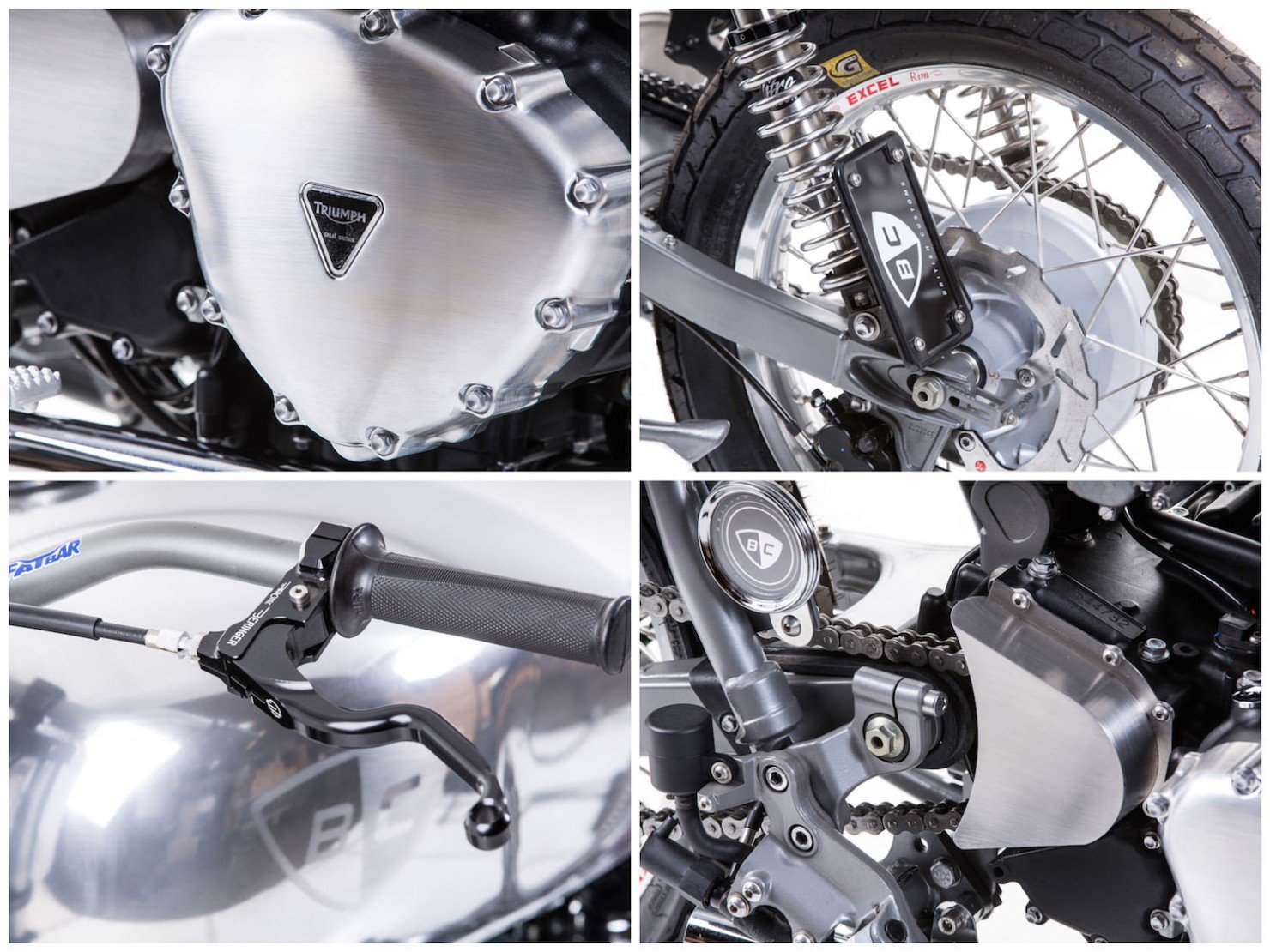 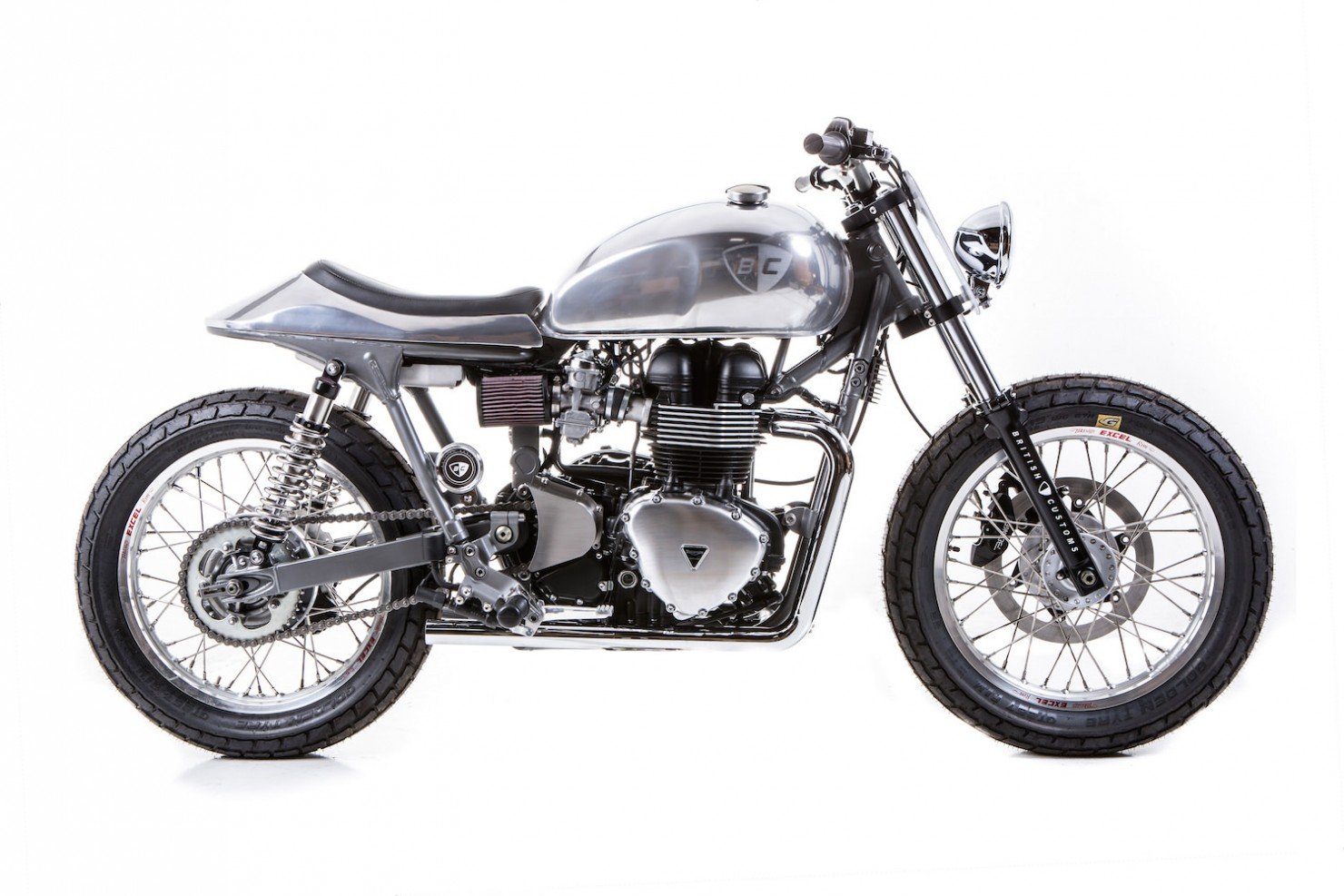 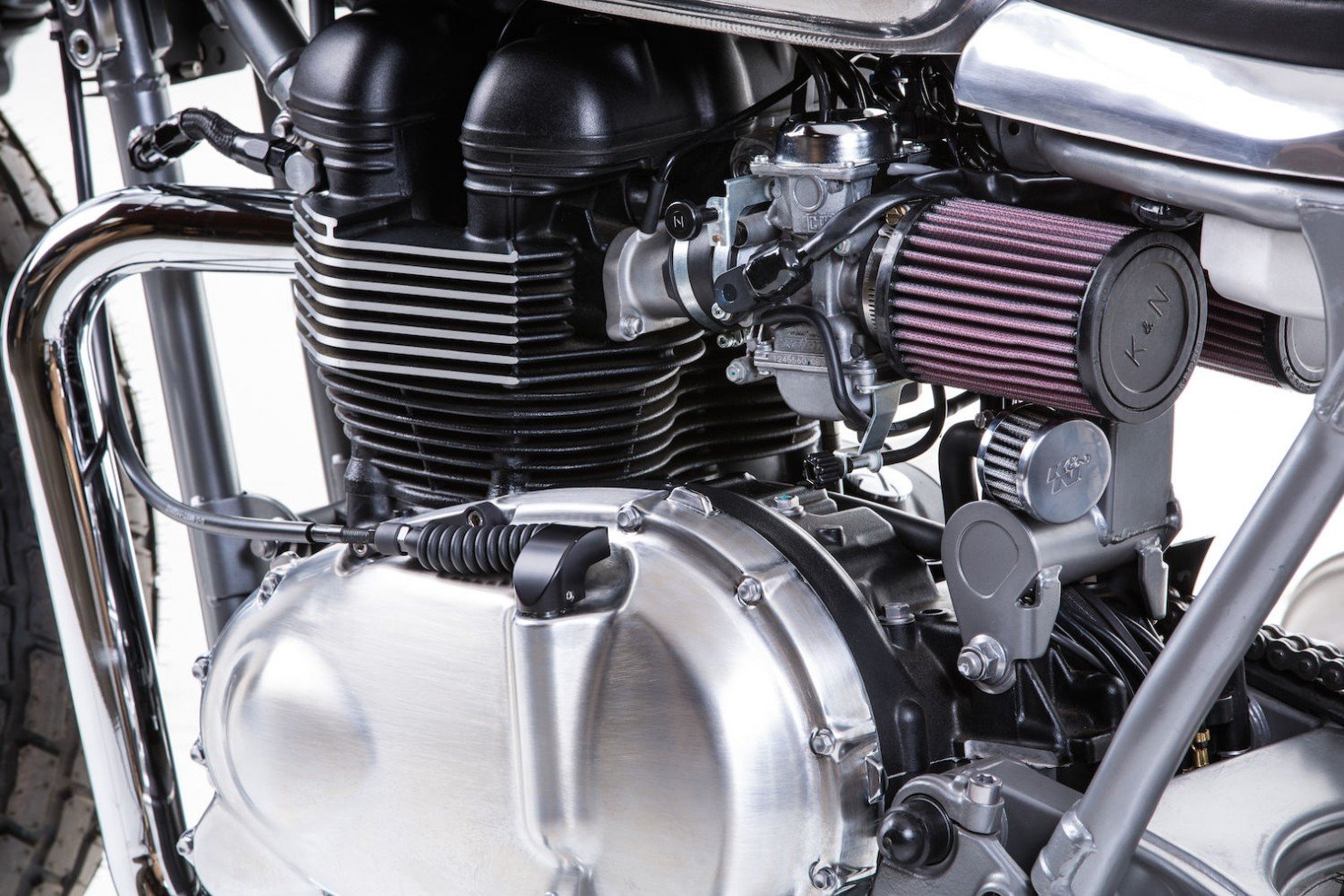 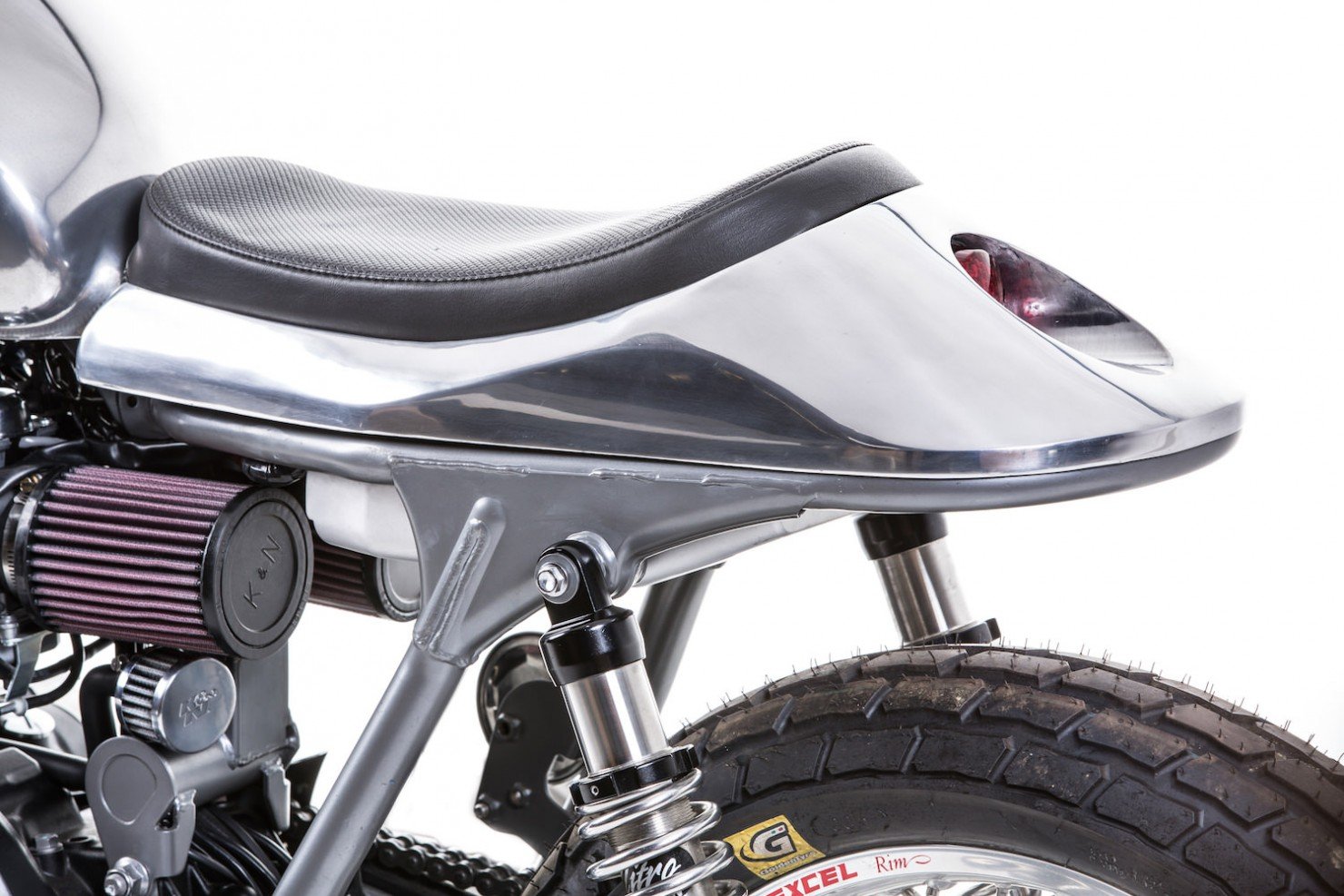 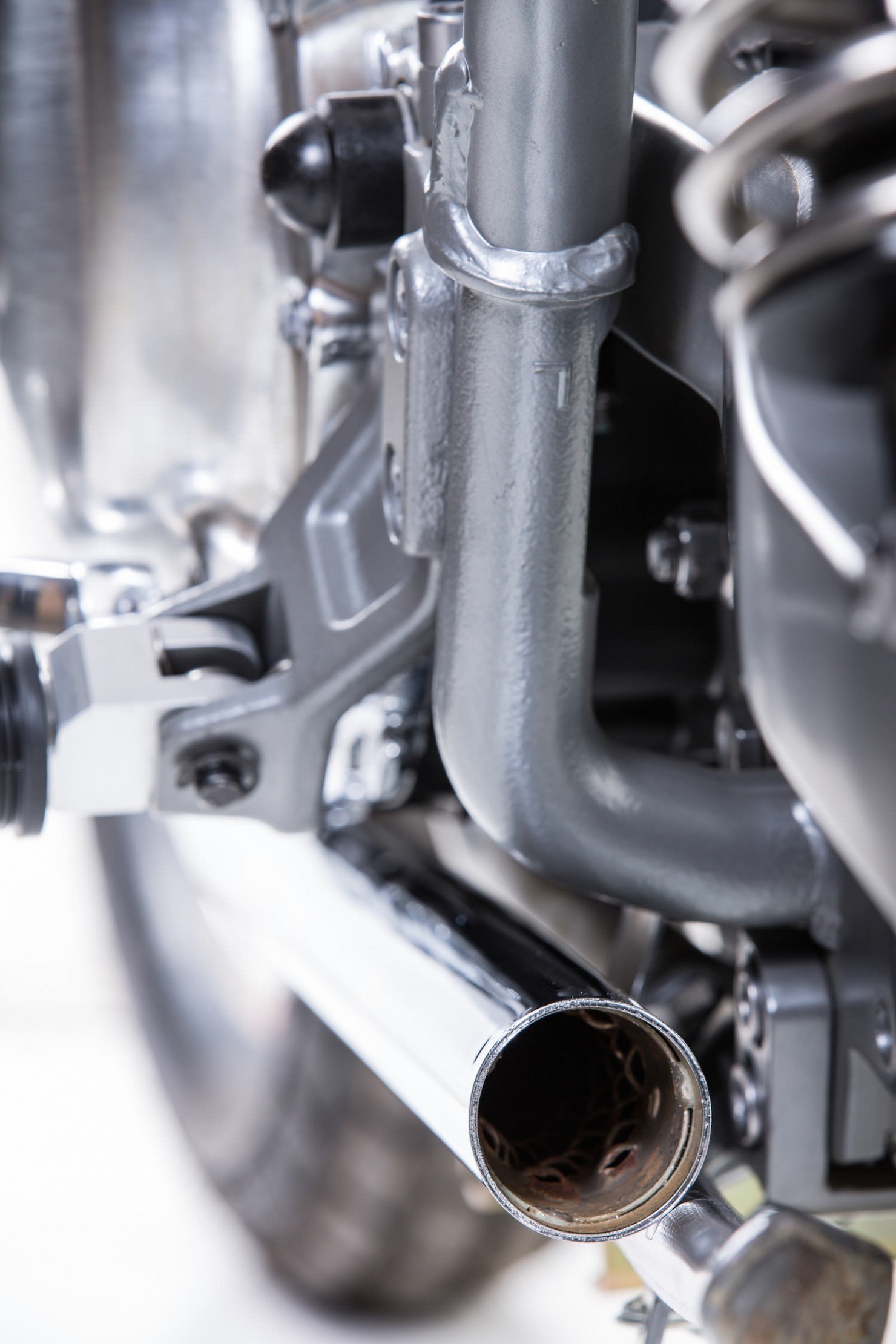 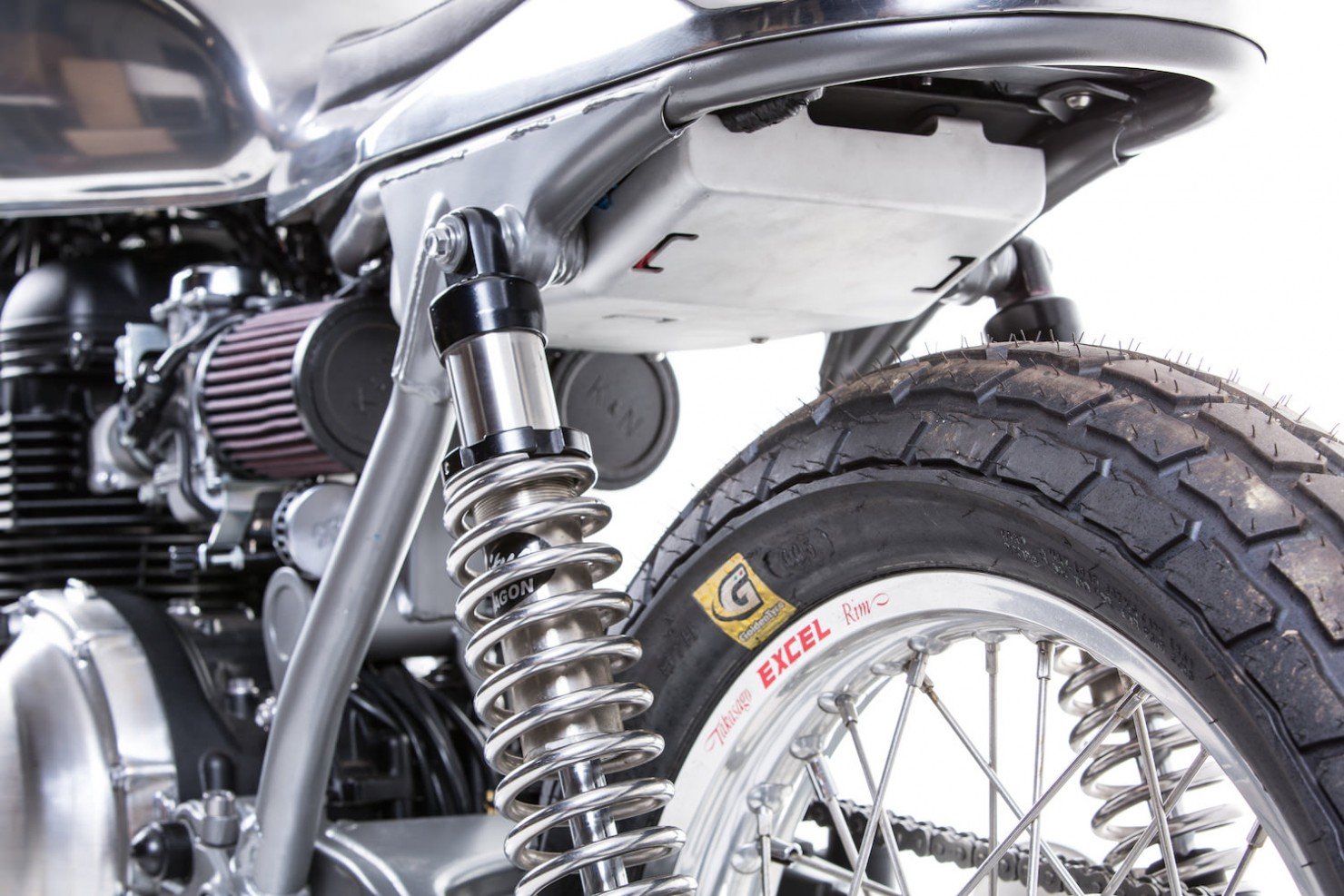 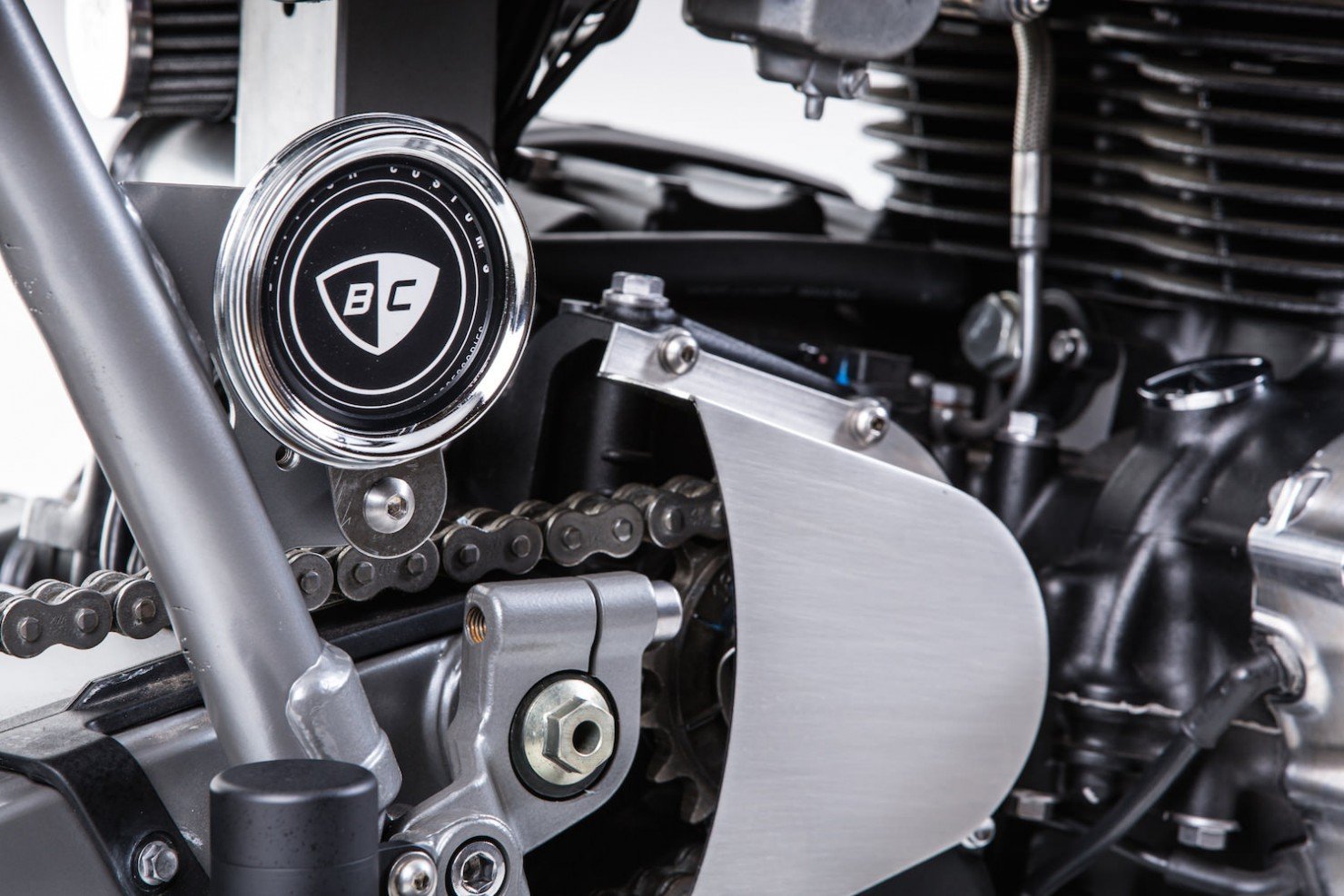 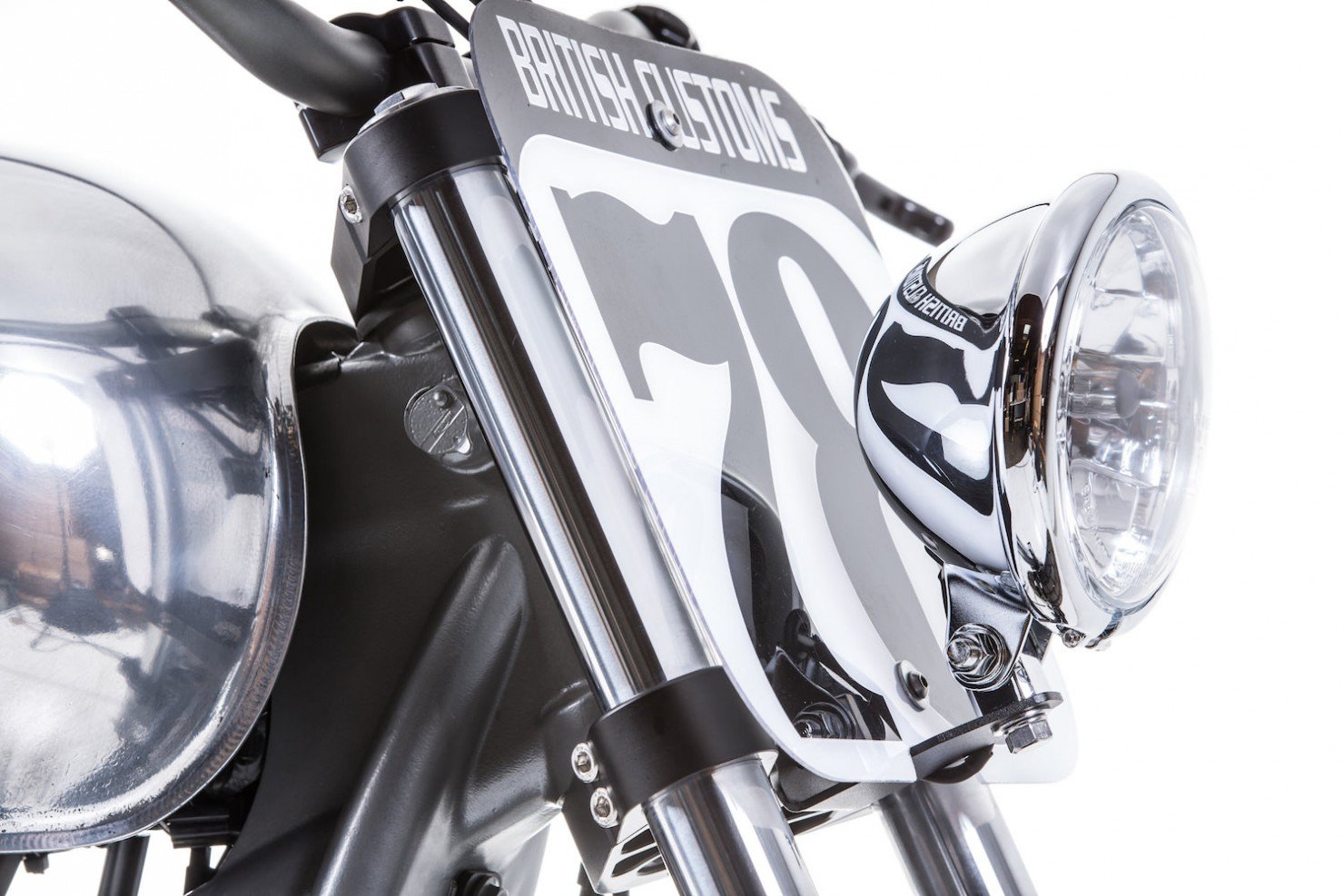 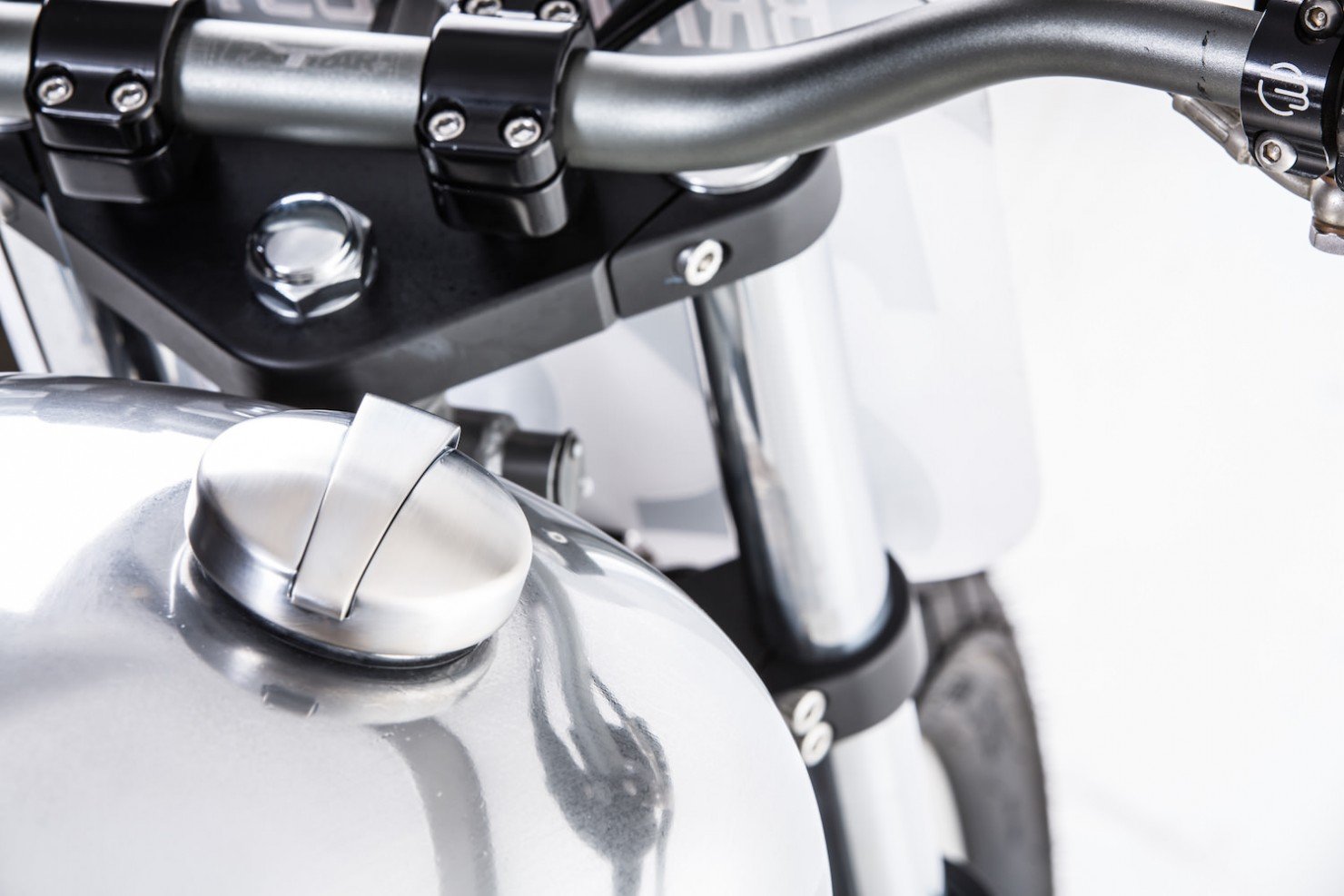 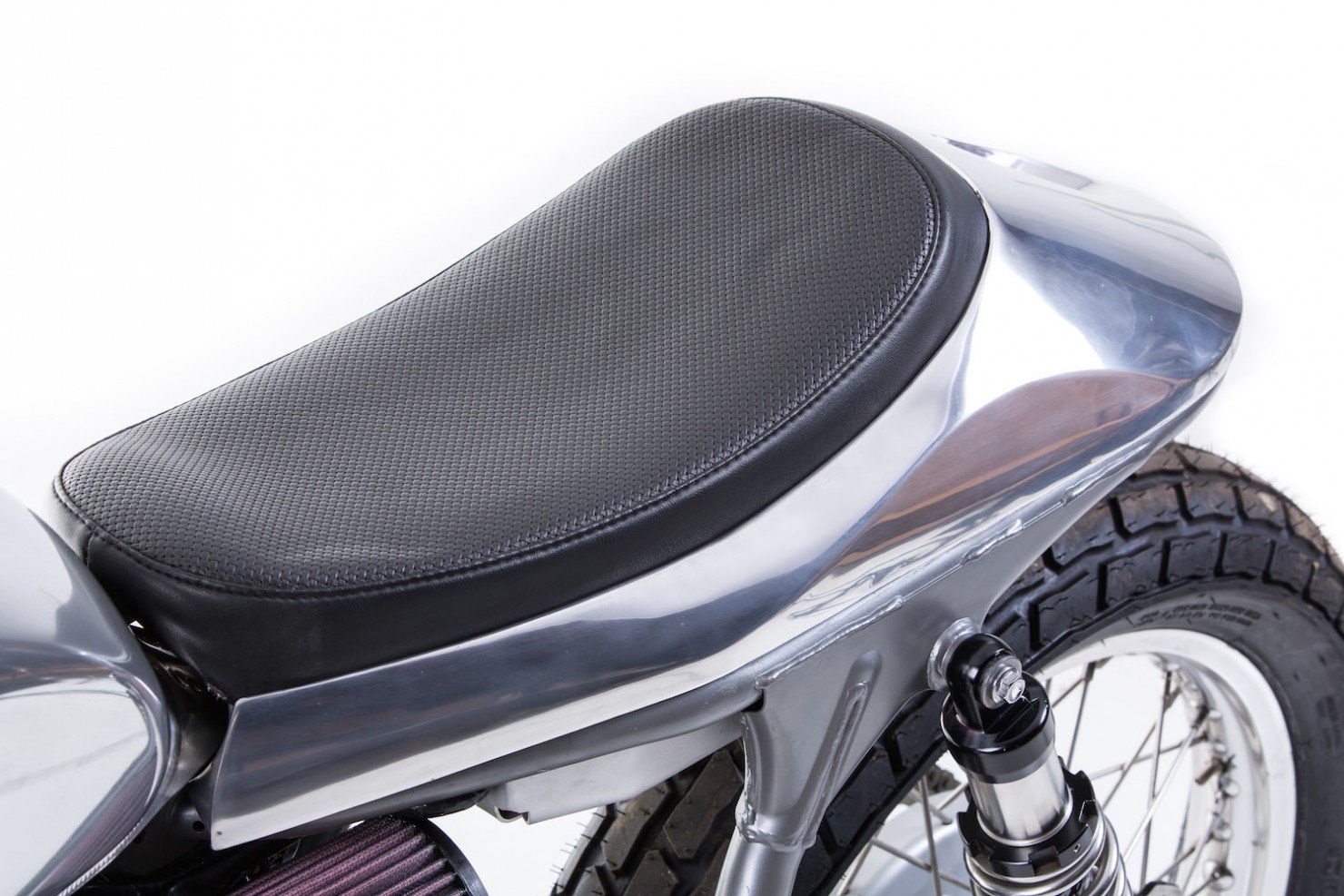 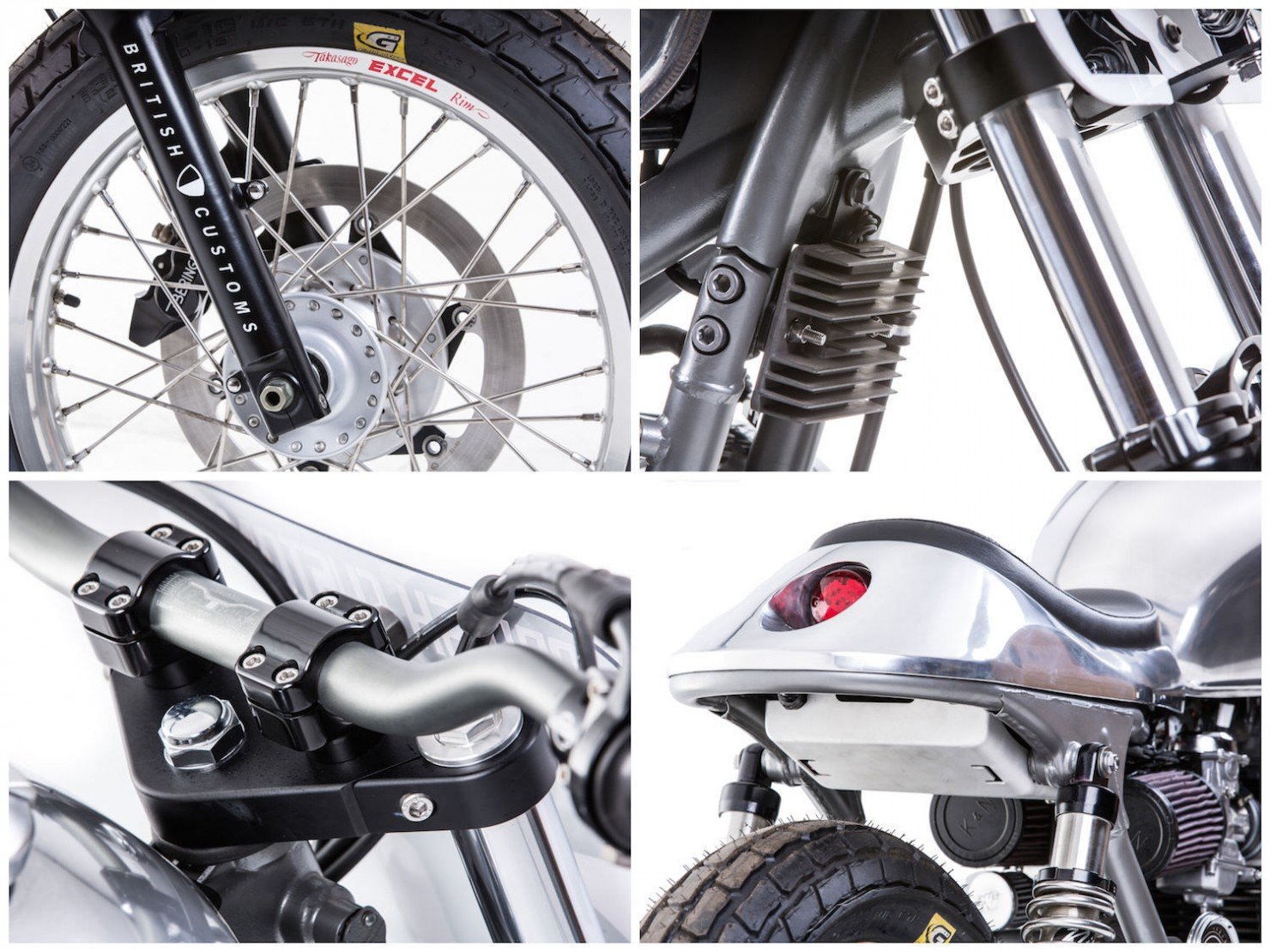 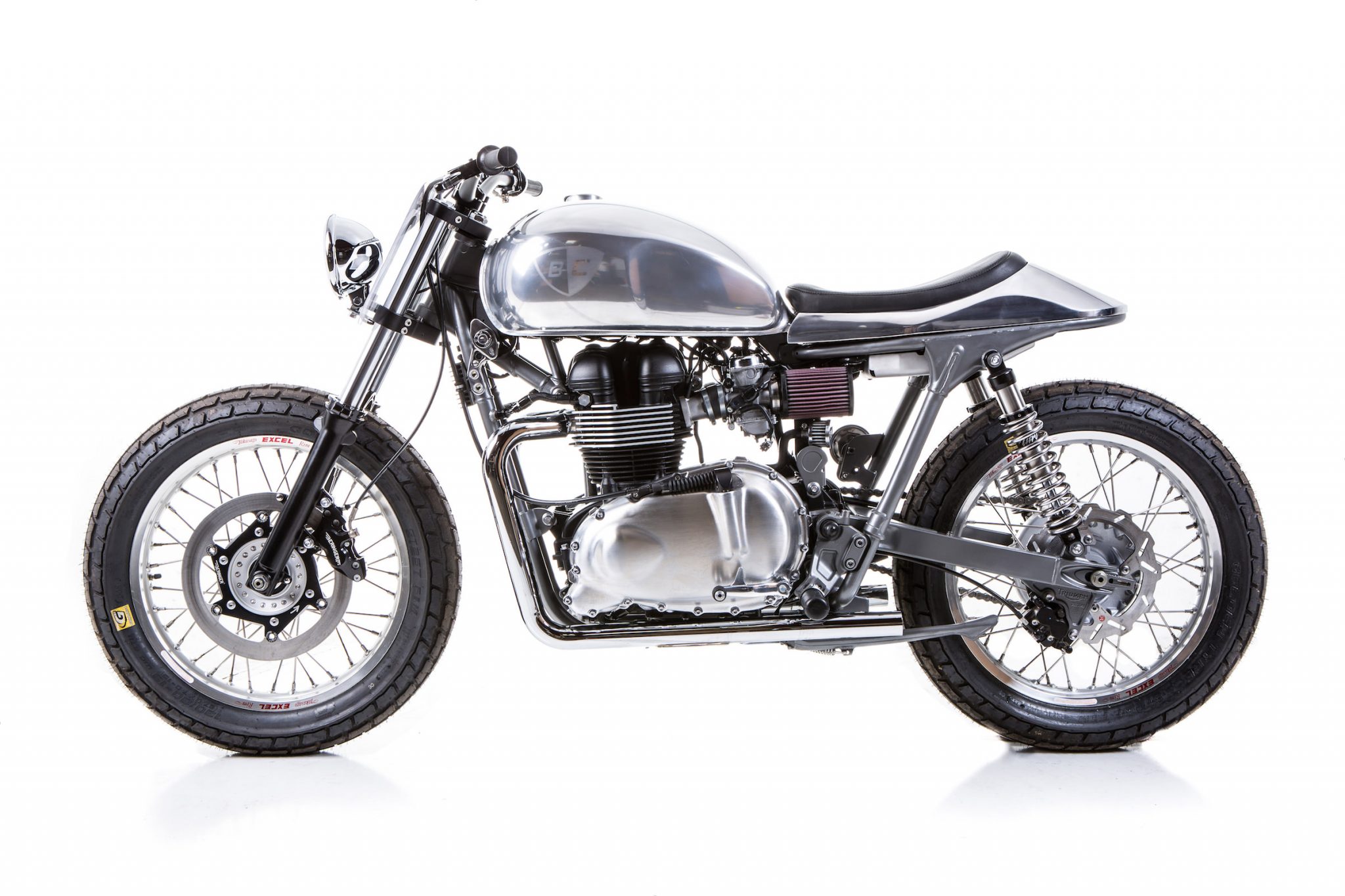