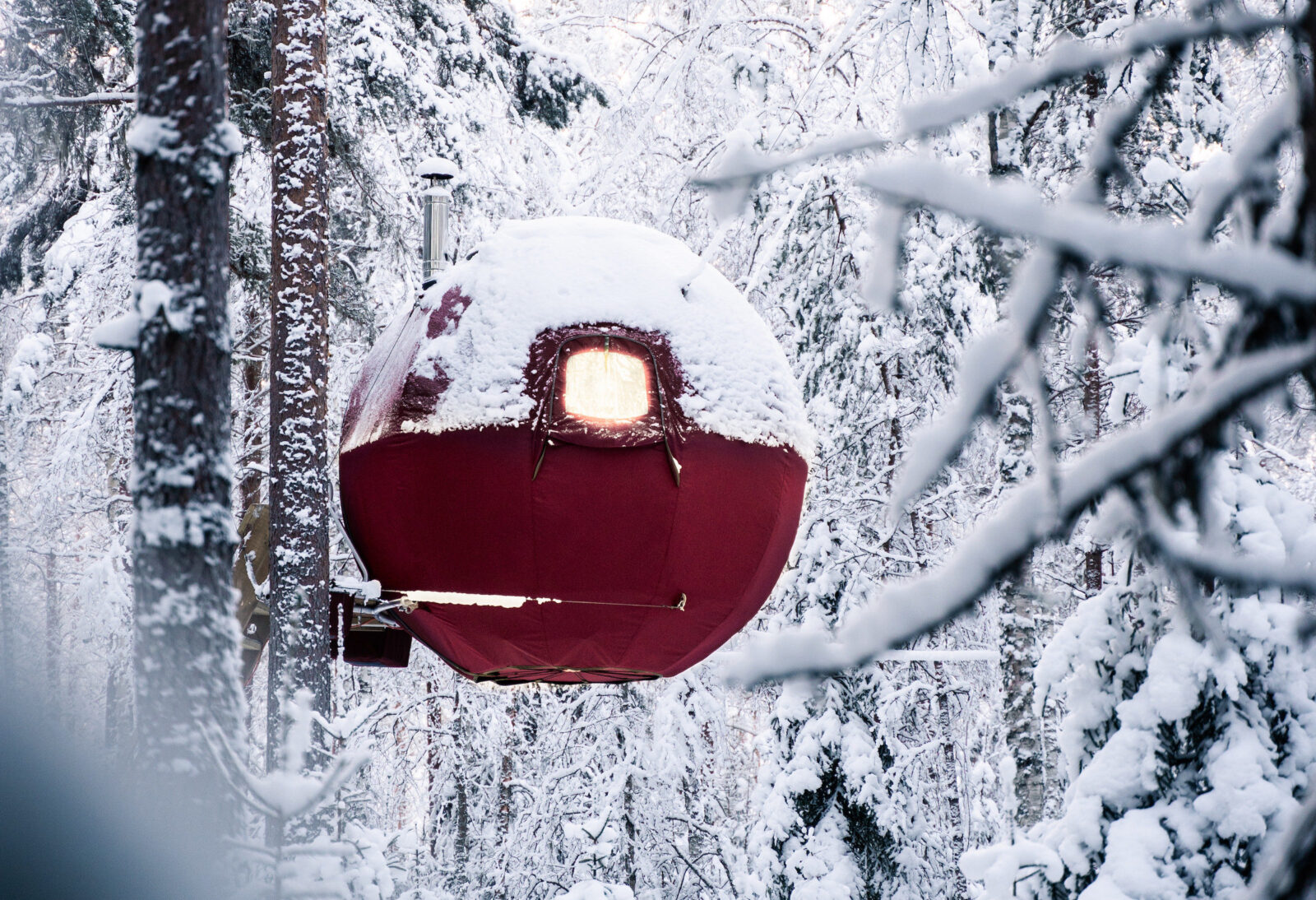 The Tree Tent is the signature creation of the aptly named Tree Tents International based in England. Each of these spherical tents has is made from sustainably sourced plywood, recycled aluminium, UK-grown wool, and recyclable synthetic canvas.

Inside you’ll find either a double bed or two singles, with the option to have a double and a single if required. An optional micro wood-fired stove with flue, and heat proof liner is also available for those in cooler climates who want to use their tree tent year-round, and you can also opt for the premium 100% melton wool thermal lining and the multi-foil thermal insulation. 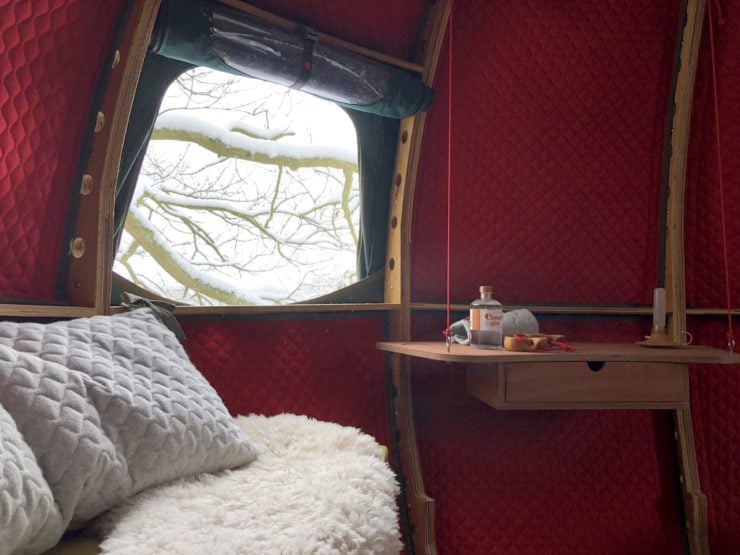 Installation of a tree tent only requires two sturdy trees, the full assembly and hoisting is said to take 2 to 4 days, depending on the weather of course, and they cost £18,500 or approximately $23,500 USD per unit in kit form.

Each tent has a maritime-influenced frame made from plywood, it has a flat wood floor, three windows, a skylight, and a main doorway. The floor has a hatch for access to the lower section of the sphere for stowage, and the furniture can be set up in a number of different ways to make the tent as flexible as possible.

There are two primary customers for these tree tents, private customers with trees on their property and commercial customers who set them up as glamping getaways. Some people install them with their own elevated wooden deck and some just use a simple stair ladder to the entrance. 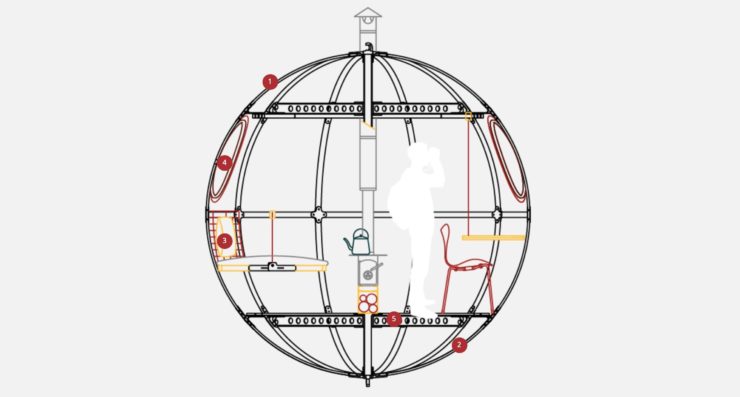 Each kit comes with the main structural frame, a weather tight outer shell, the windows and doors, an interior liner, two single beds or one double bed, the full rigging and suspension kit, and if you live in the UK, a tree survey, a health and safety check, and UK delivery.

Additional options include the aforementioned 100% melton wool thermal lining and multi-foil thermal insulation, as well as a micro wood-fired stove with flue (and heat proof liner), a protective winter cover, an extra single bed, lightweight, fold away and swivel tables and seating, secret hide-alls and storage hatches, a sustainable wool cushion and blanket pack, an LED lighting kit, a rechargeable battery pack charging points, the number and placement of windows, an entrance platform and ladder, and international shipping. 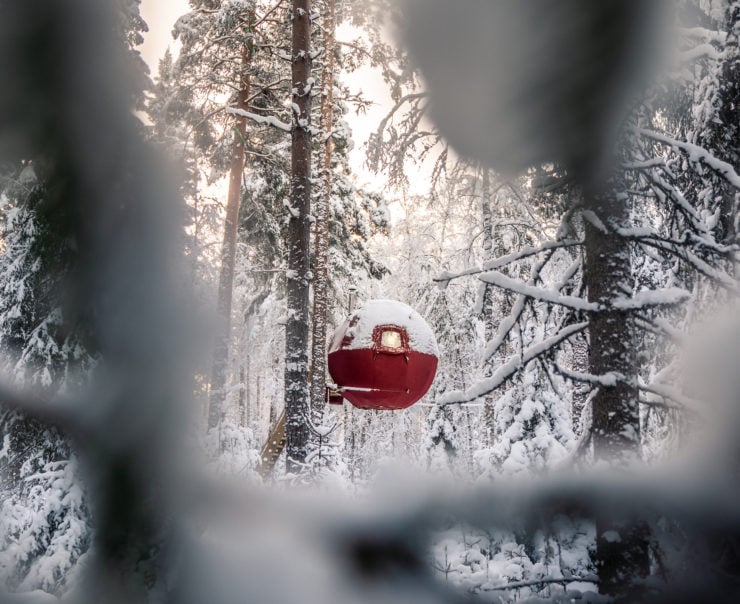 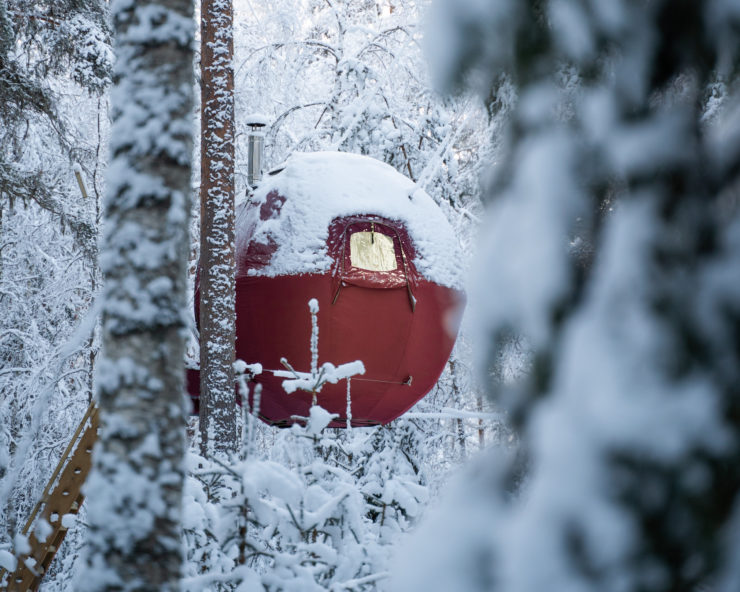 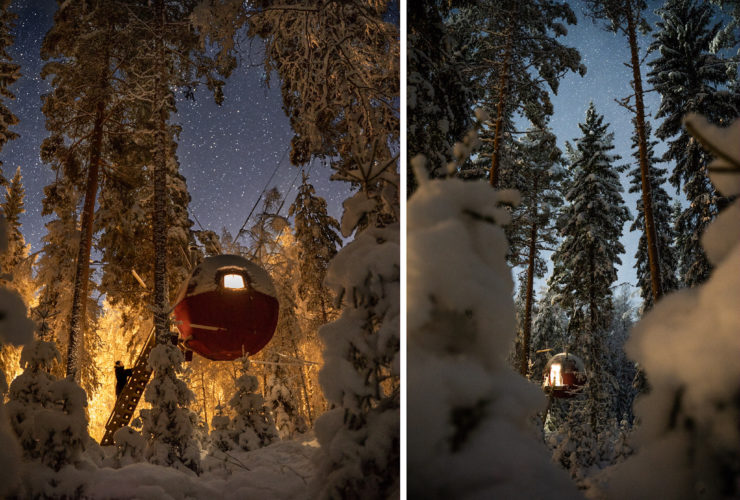 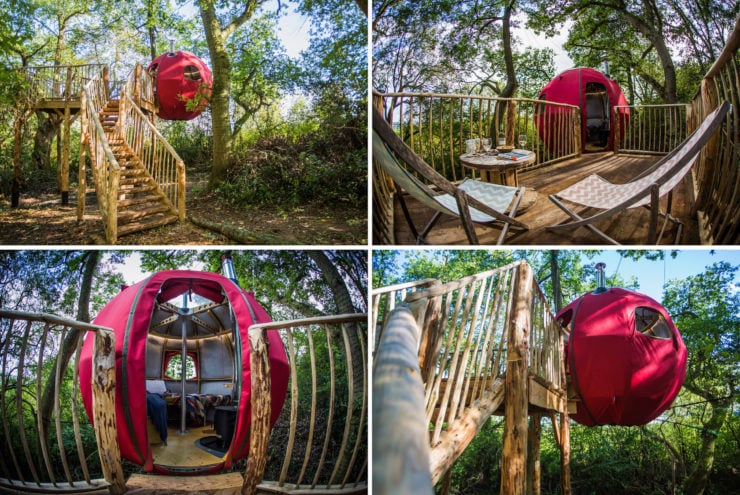 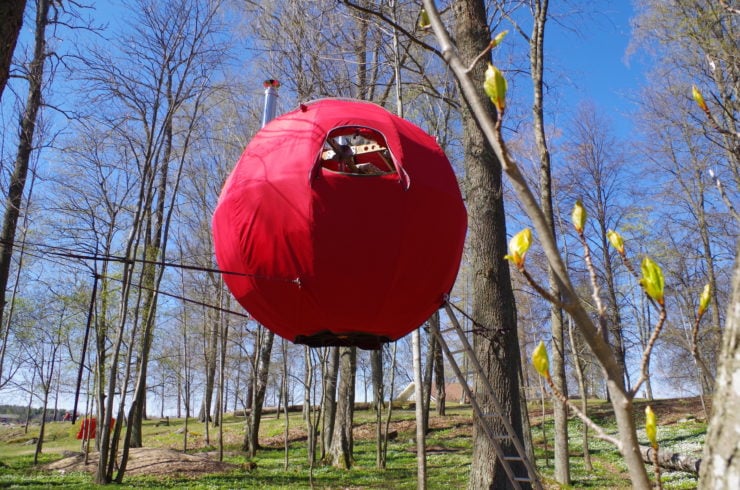 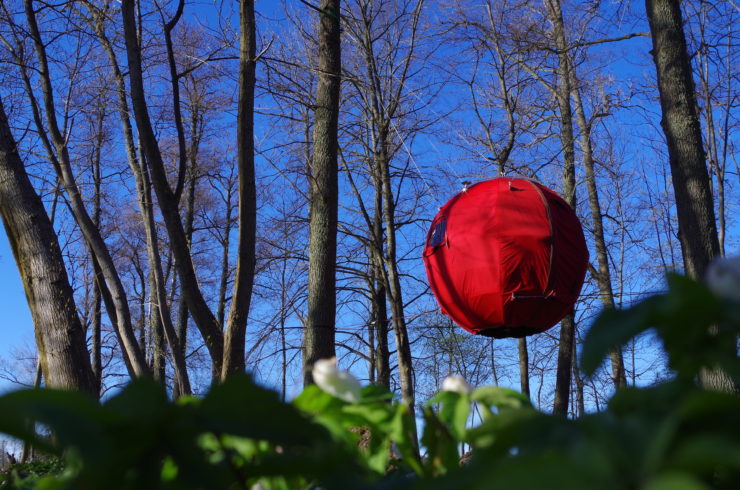 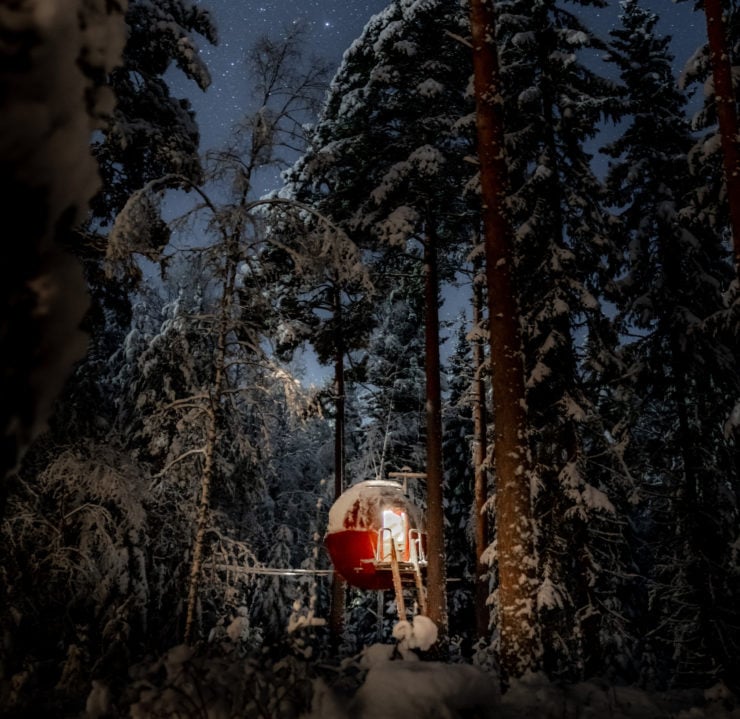 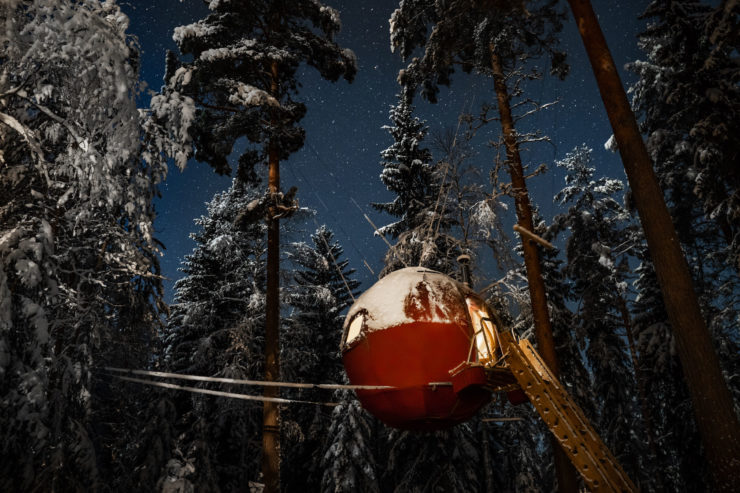 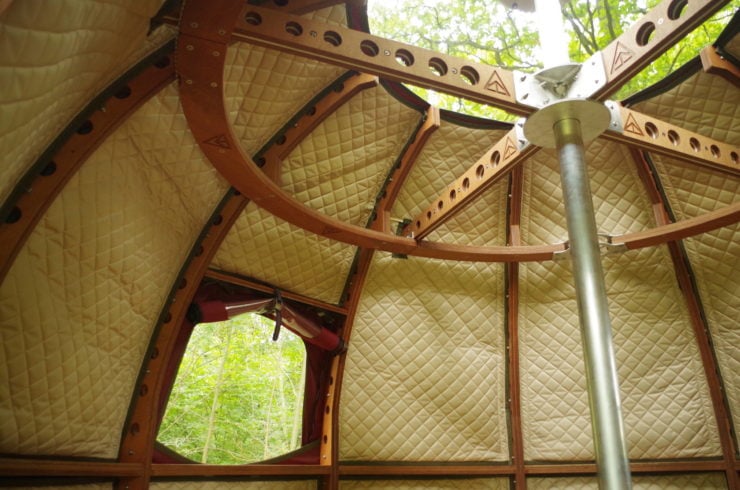 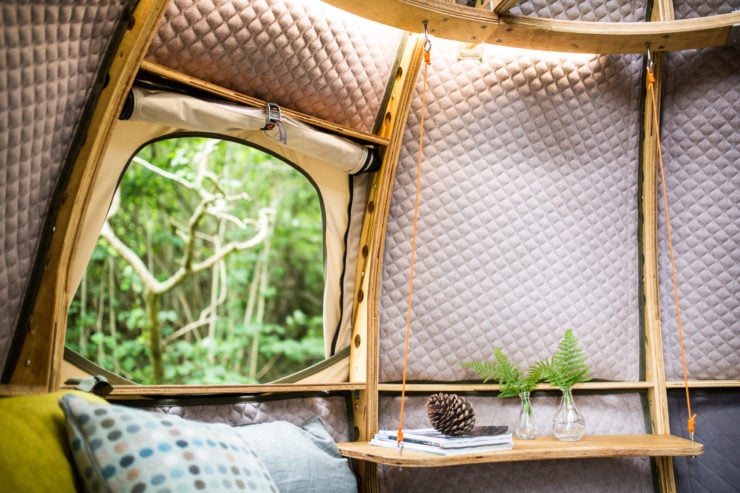 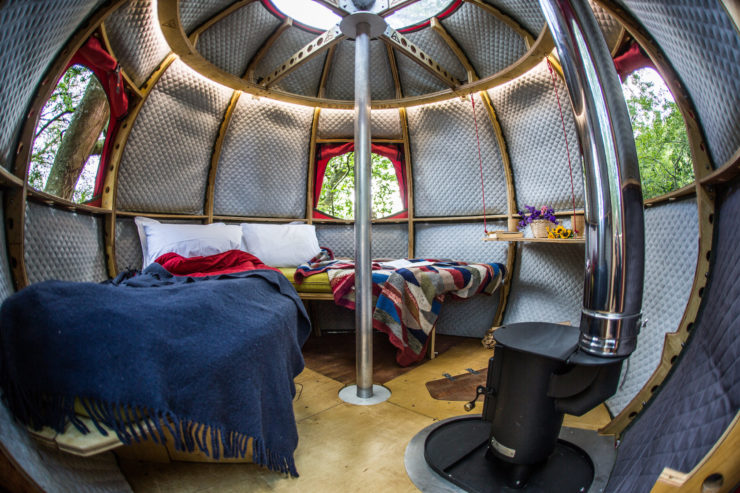 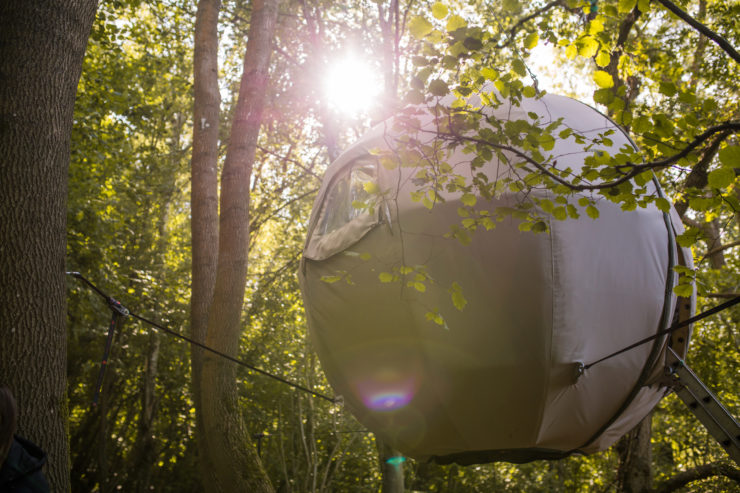 The Aston Martin Lagonda Series 4 was the final iteration of what was almost certainly the British automaker’s most controversial production vehicle, and one of the most controversial wedge-shaped production cars of all time. The Aston Martin Lagonda Wedges The 1970s saw the “folded paper” automotive design language roar into the mainstream, largely led by…

The AeroPod by Dean Jackson

The AeroPod is a creation by master craftsman Dean Jackson, he was inspired by the design of classic cars like the Bugatti Type 57, the Duesenberg SSJ, and the SS Jaguar 100, and he wanted to bring some of that elegance into people’s homes. Jackson has been building bespoke furniture since the early 1980s, over…

The Texas Bushcraft Fire Starter Survival Kit was developed to include everything you need to get a fire going, even in inclement weather conditions like rain and snow. The kit comes in a water-resistant cowhide leather pouch that’s designed to be used for collecting and storing dry tinder for when you need it. Unlike plastic…

This is an original Arova-Porsche 212 Skibob, just a few hundred were made by skibob manufacturer Arova in 1970 for Porsche, and they were specially designed to be able to fold down small enough to fit into the 911’s trunk. Skibobs were developed in the late 1960s as a new method of skiing, particularly for…

The Zagato Raptor Concept was developed in 1996 for Lamborghini as a possible direction for the replacement for the Diablo. The Raptor took its V12 and much of its running gear from the Diablo but it has a bespoke space frame chassis and a carbon fibre body designed in-house at Zagato under the direction of…