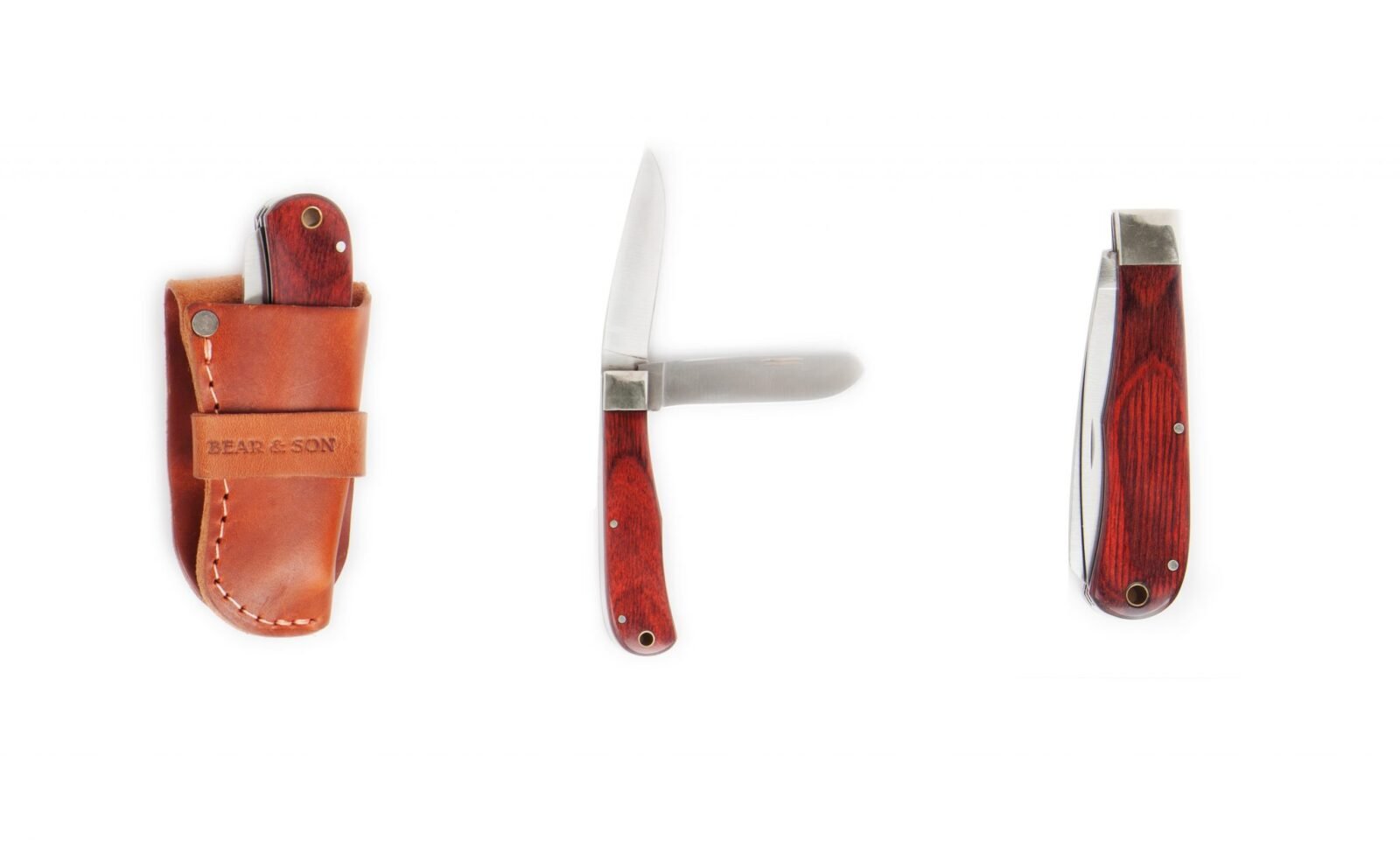 The Bear & Son Jumbo Trapper Knife is a classically styled pocket knife with both drop and spey points, the handle is rosewood and the bolster is a nickel/silver alloy. Each knife comes with its own leather holster for safekeeping and at 4 1/2 inches long, it makes an ideal pocket knife for a daily carry kit. 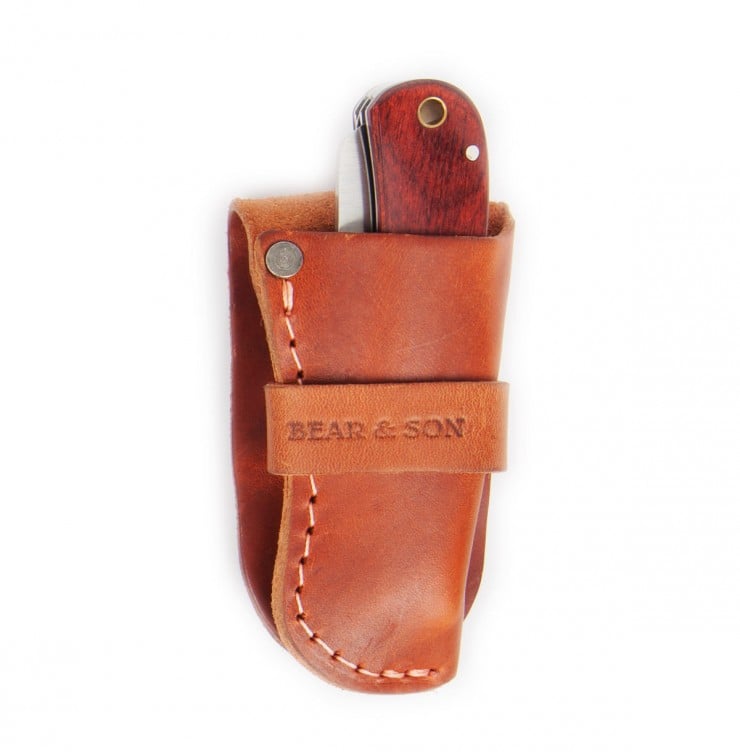 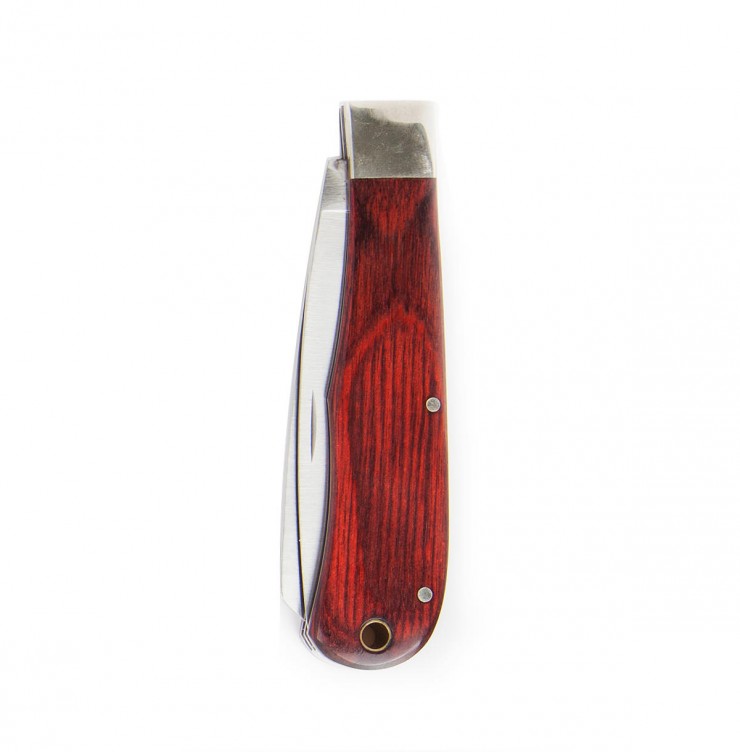 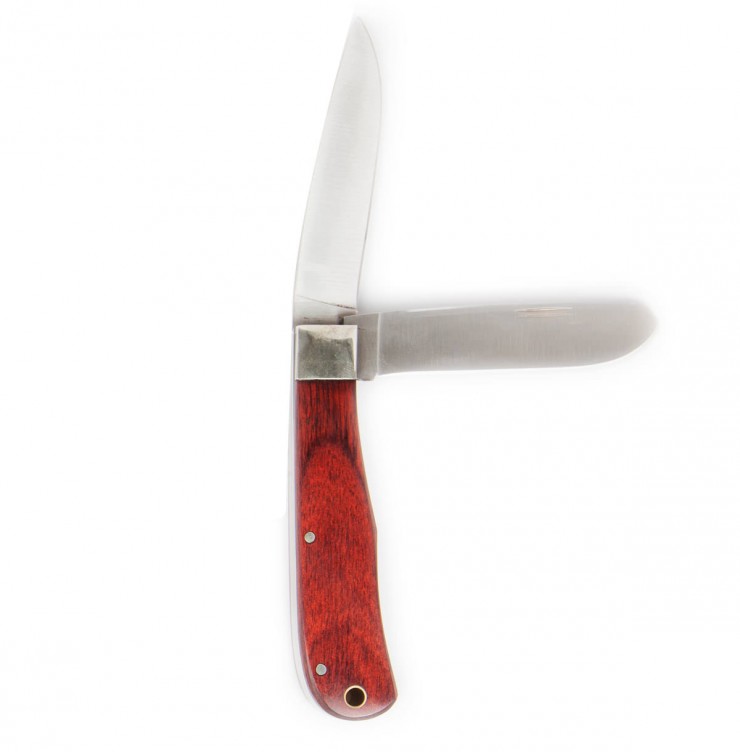 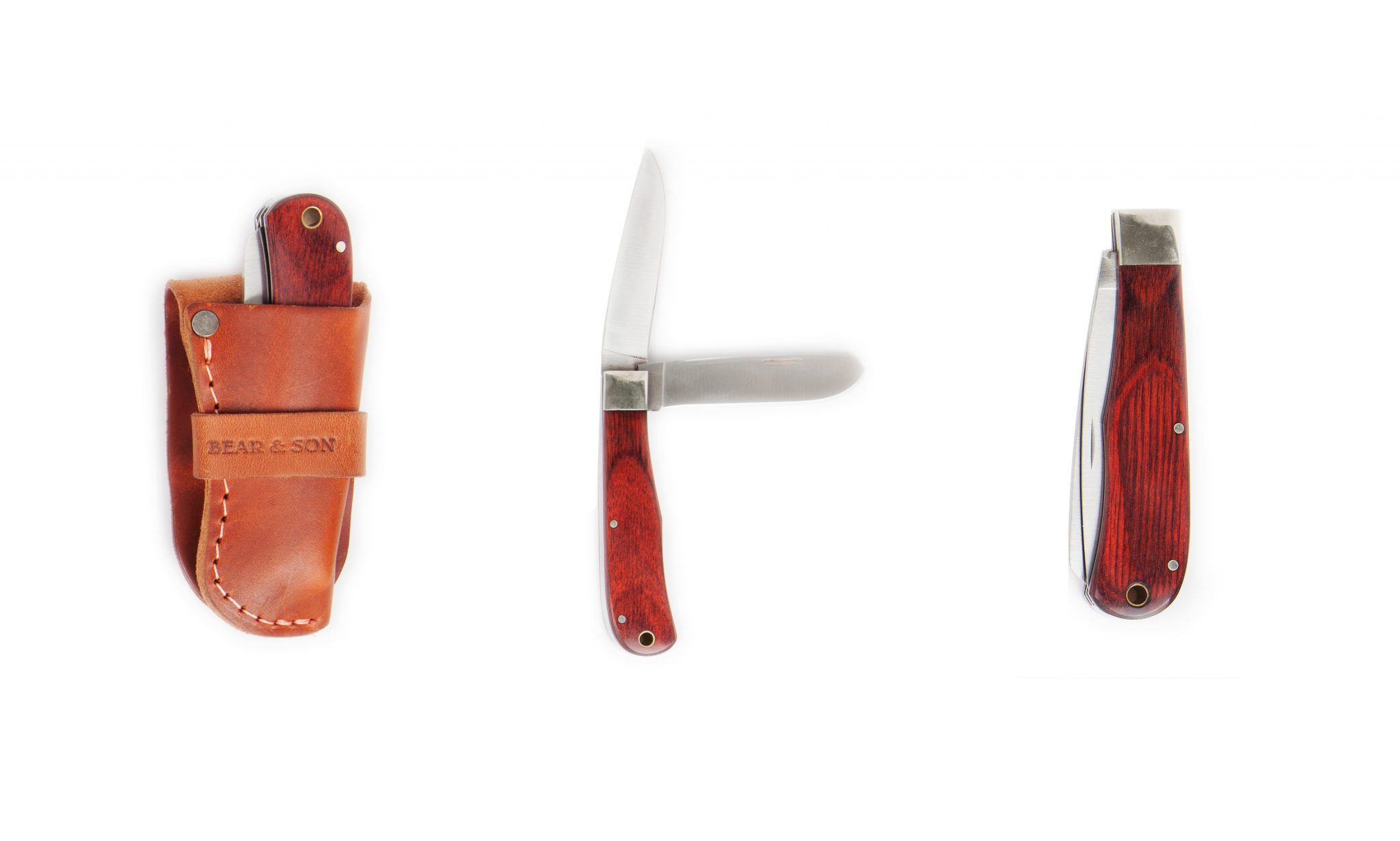