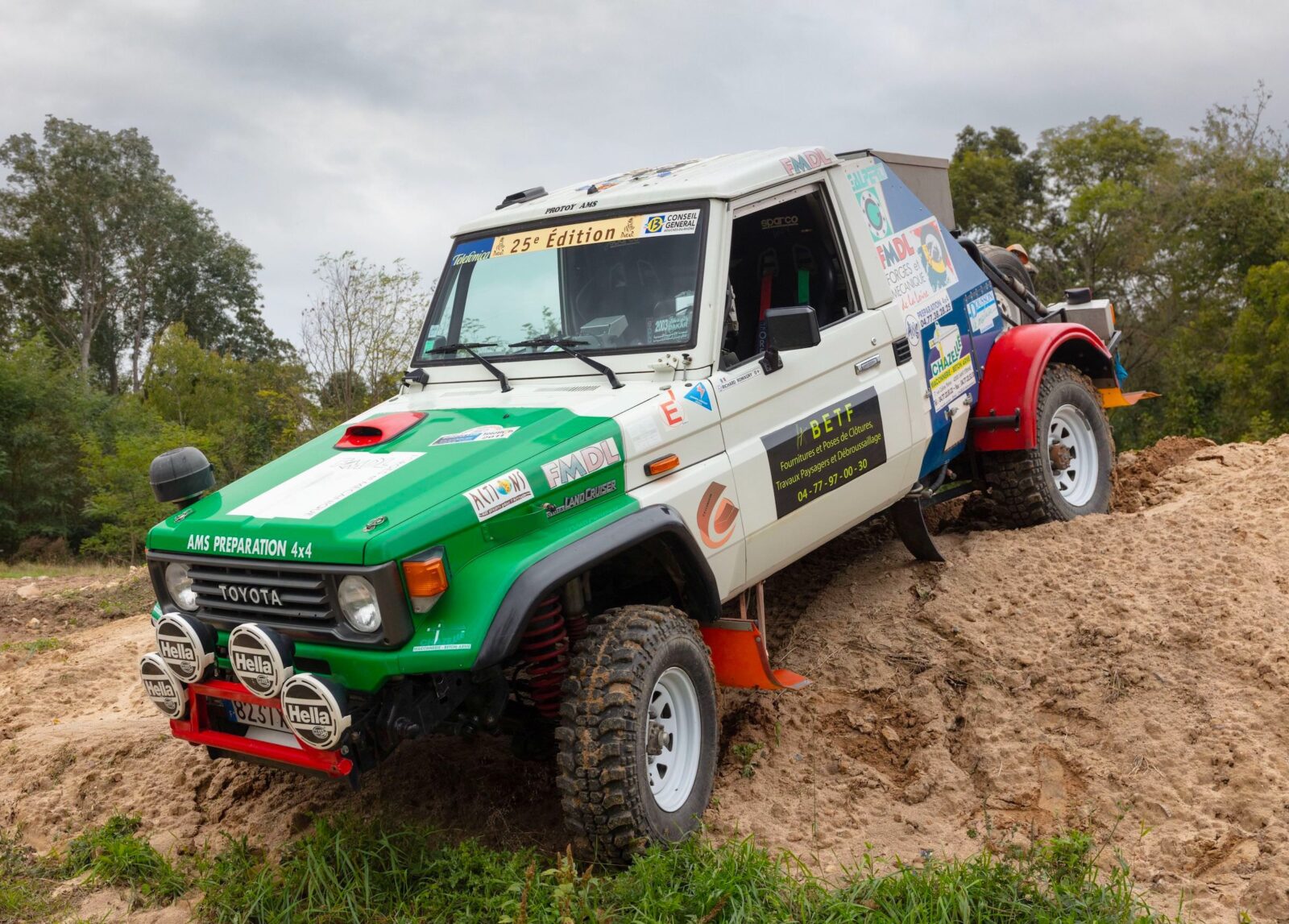 This considerably modified Toyota Land Cruiser J75 is a two-time Paris-Dakar Rally veteran, it was piloted by French owner/driver Richard Romagny in the 1999 and 2003 events, finishing 35th from a field of 81 entries in 1999.

Romagny would use this Land Cruiser to contest a number of similar rally events over the years as well as in a French telethon charity event to raise money for those in need. The vehicle is now being listed for sale alongside Romagny’s huge collection of over 100 vehicles from the 1970s, 1980s, and beyond. 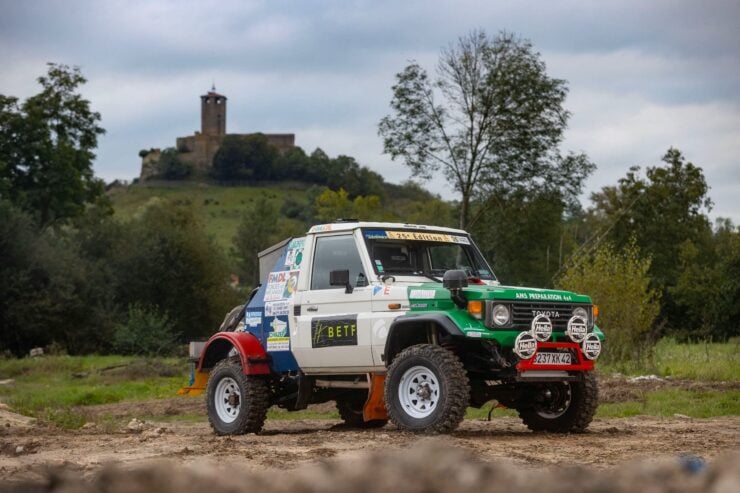 Although it’s still unmistakably a 70 series Land Cruiser, this Paris-Dakar racer has been significantly modified for high-speeds over rough terrain.

Toyota developed the 70 series to replace the 40 series Land Cruisers, a challenging task given the popularity of the outgoing model and its long production run – a production run that would eventually stretch out to 41 years thanks to Brazilian production continuing until 2001.

The development of the 70 series would focus on keeping the traits that had made the 40 series so popular, but adding improvements wherever possible. Suspension was improved, engines and transmissions were upgraded, the styling of the body was brought up to date, and the interior of the vehicles was made almost luxurious by comparison.

This formula, though simple, was highly effective. The 70 series has become just as beloved as its forebear and it may even become longer-lived – with production continuing from 1984 to the present day.

The J75 Land Cruiser you see here was built with a single purpose in mind – off-road racing.

The rear bodywork was completely removed and replaced with a new race-specific rear that carries a 310 liter fuel tank (82 gallons), a lockable storage trunk, and three spare wheels and tires. 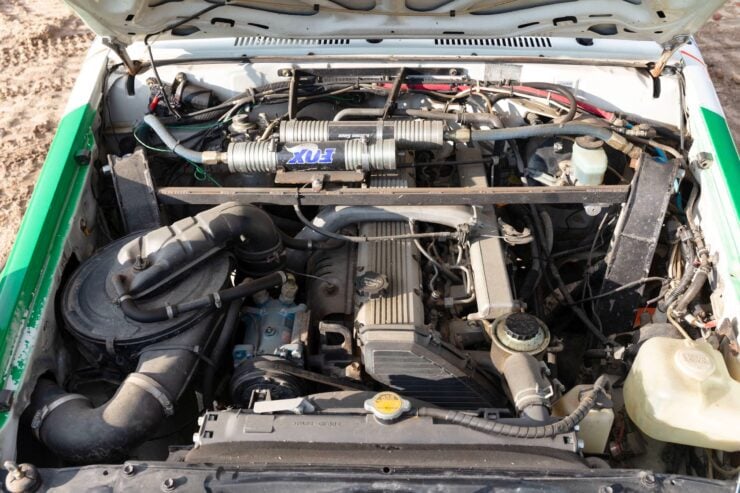 The original engine has been replaced with a rebuilt, race-spec 4.2 liter HDJ80 engine, a turbodiesel straight-six producing 180 hp and close to 300 ft lbs of torque.

The original engine was removed and replaced with a larger 4.2 liter HDJ80 engine, a turbocharged inline-six cylinder diesel that was modified for racing. Uprated coil spring suspension was fitted front and back with twin shock absorbers at each corner. A nudge bar was fitted up front, and adorned with four Hella spotlights.

As water crossing would be minimal a full-height snorkel was deemed unnecessary, so a smaller snorkel was fitted just behind the front right headlight and indicator assembly. White steel wheels were fitted with chunky rubber, and wheel arch extensions were added to keep them covered.

Inside the truck a full roll cage was installed for safety, and the driver/co-driver sit in Sparco racing seats with full harnesses. The truck is now for sale via Artcurial, it’s clear that it’ll need a full recommissioning before any racing is attempted, but it certainly appears to be an excellent starting point.

If you’d like to read more about this unusual Paris-Dakar Rally veteran you can click here to visit the listing, it’s due to cross the auction block on the 22nd of November with a price guide of $81,800 – 151,900 USD. 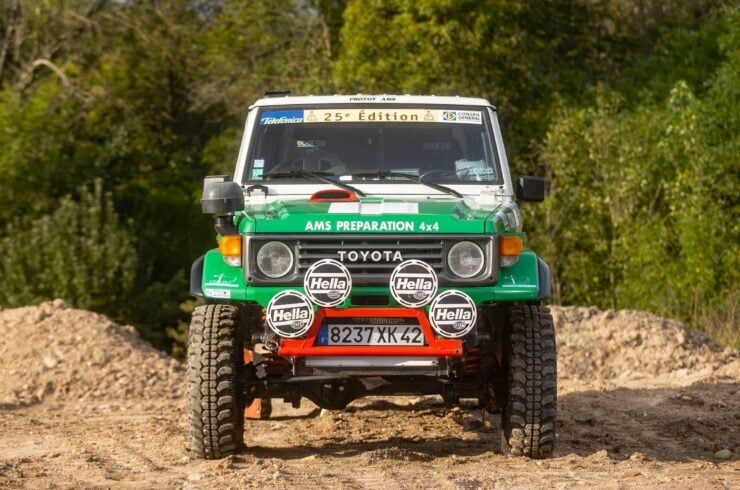 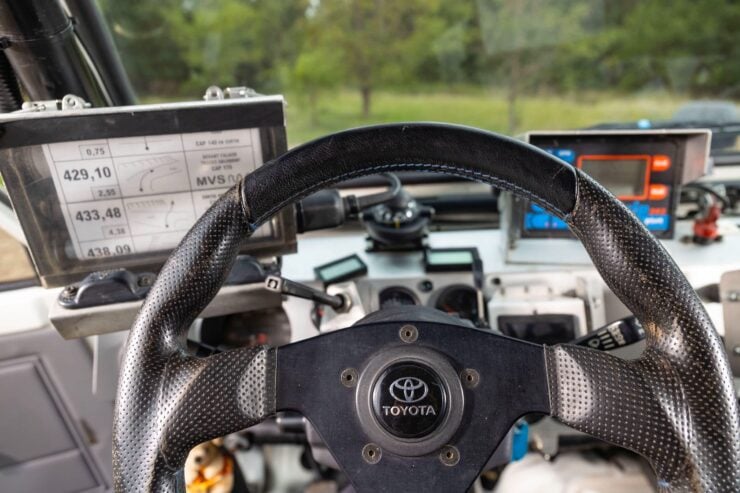 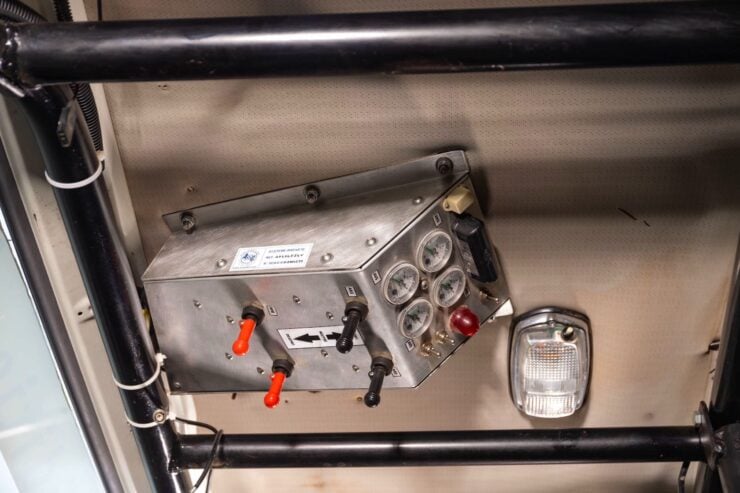 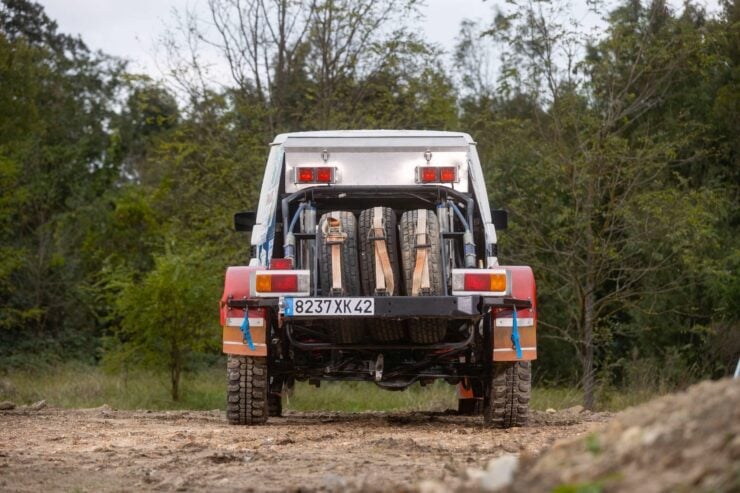 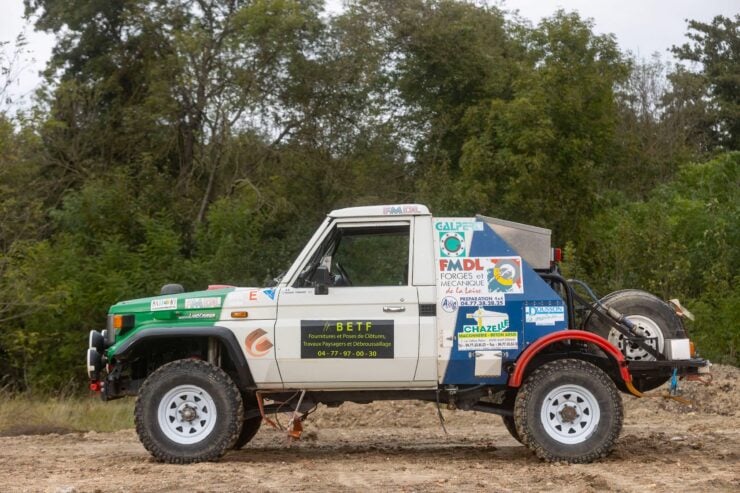 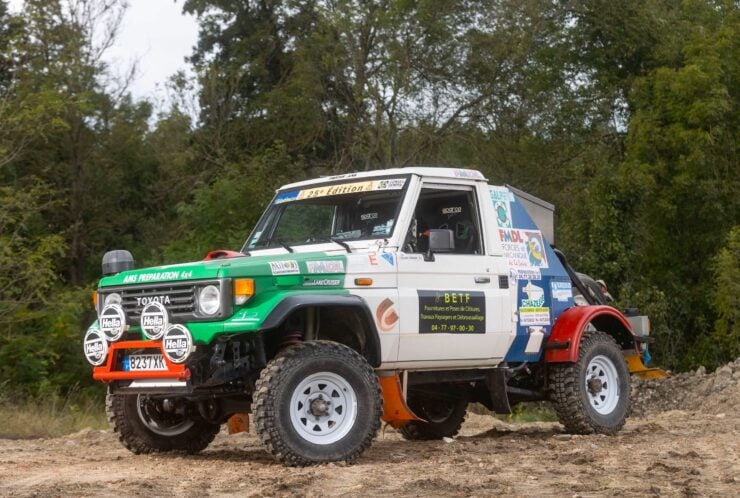 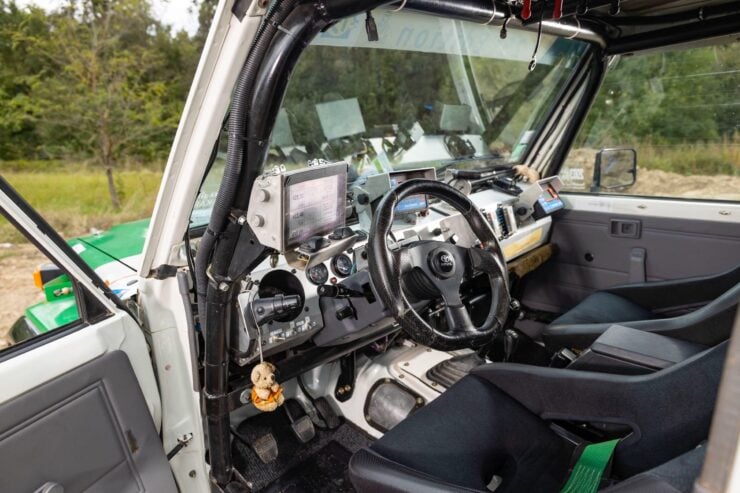 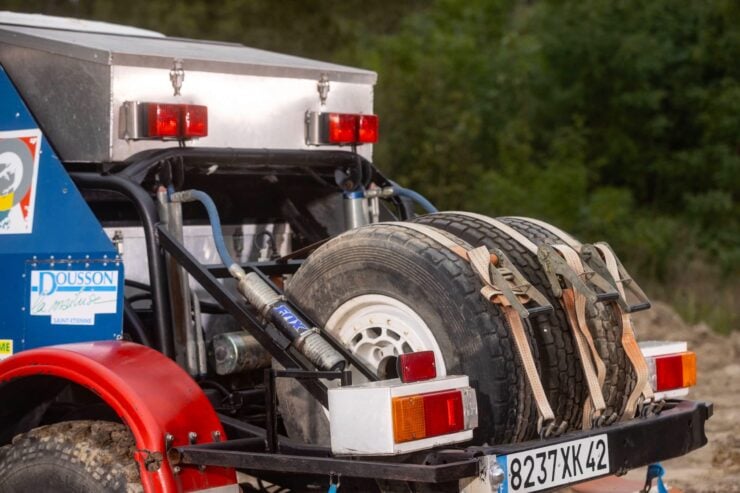 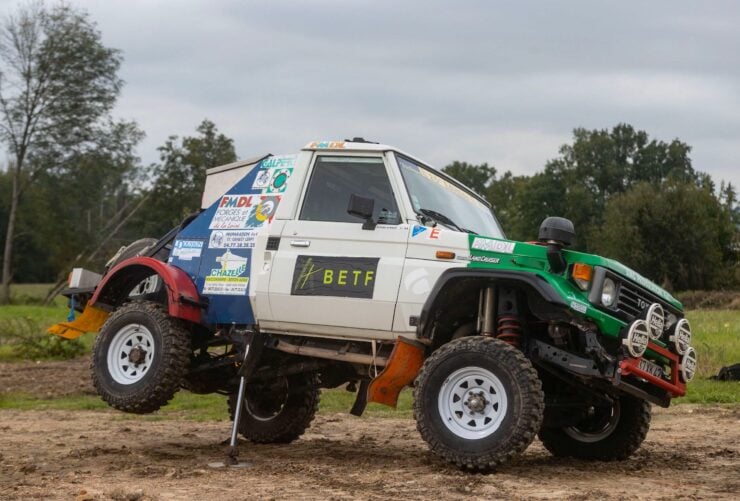 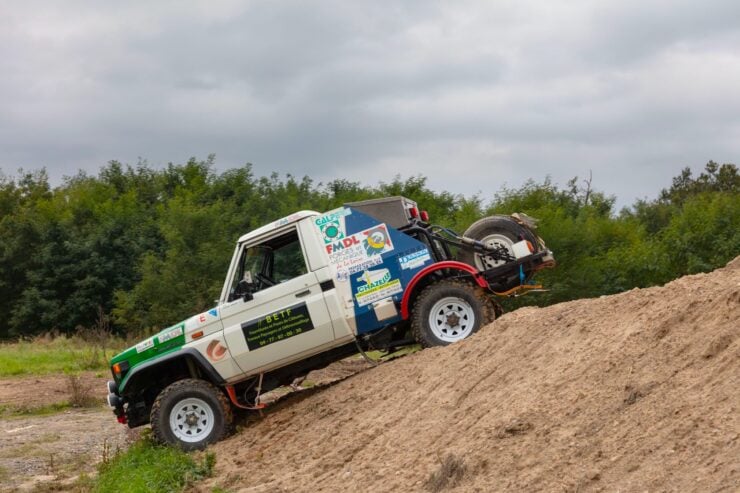 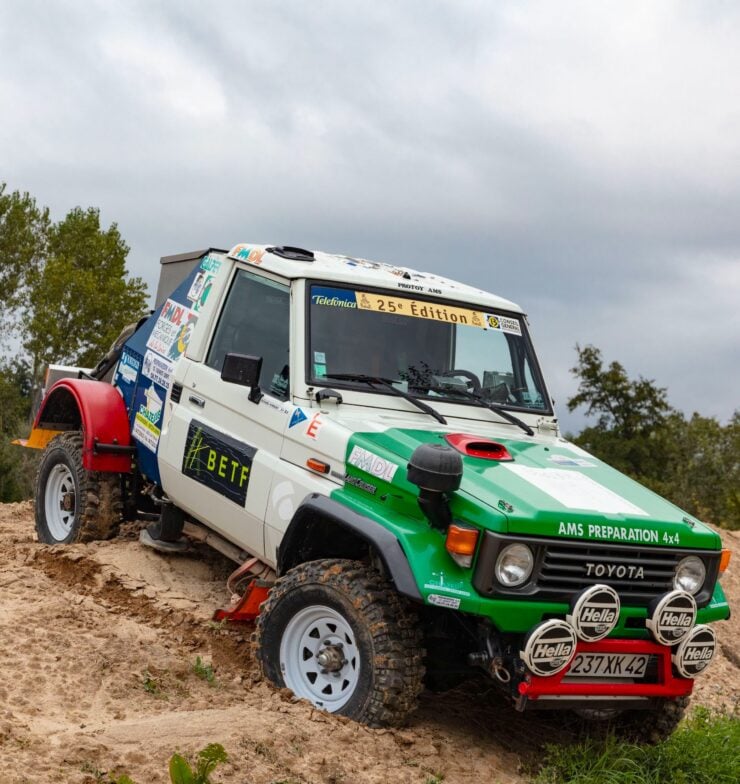 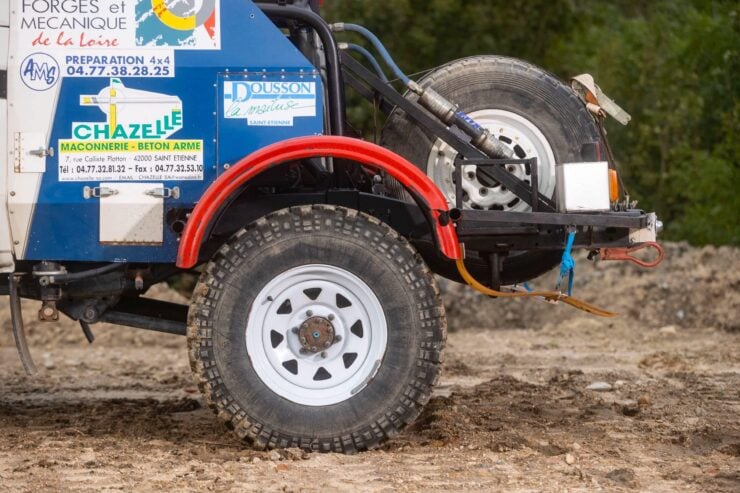 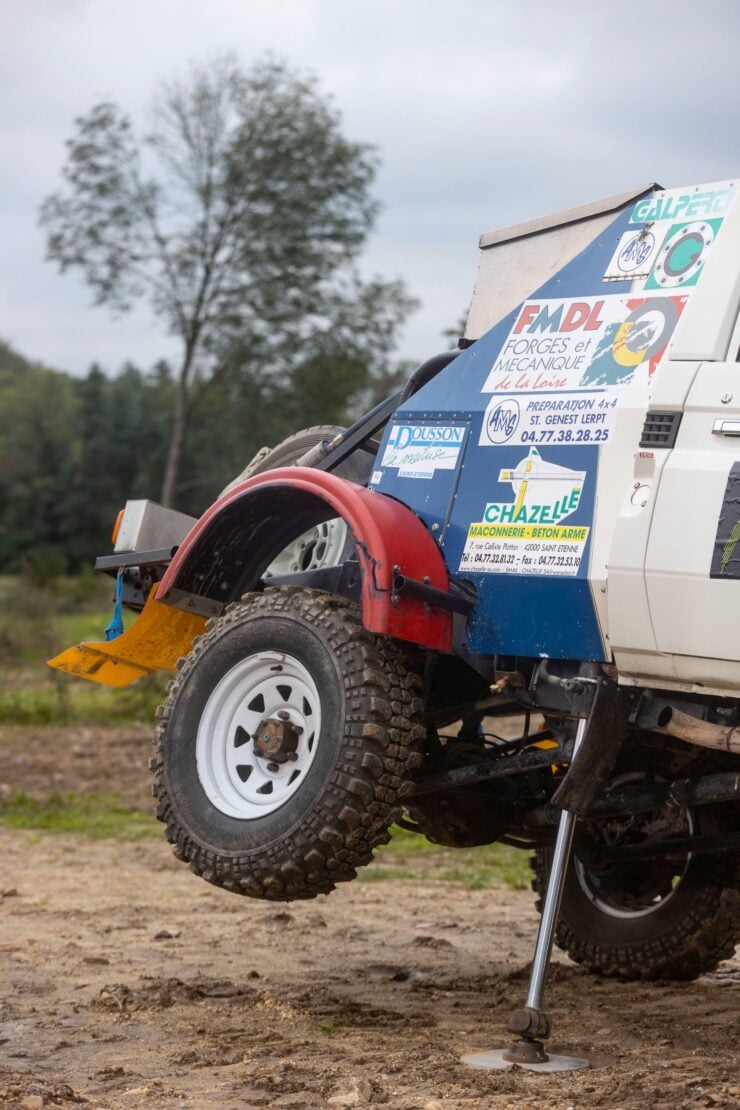 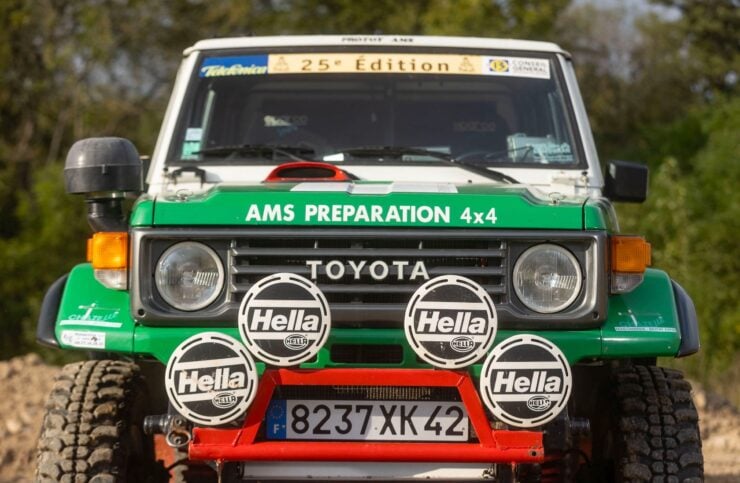