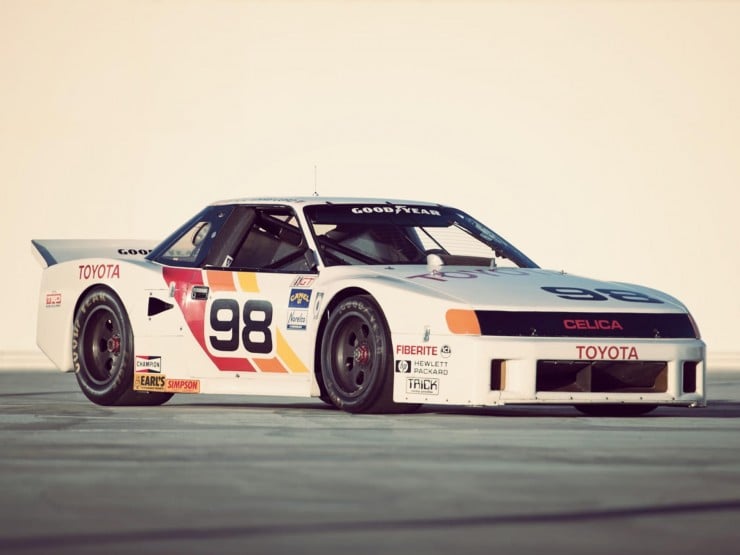 This 1986 Toyota Celica IMSA GTO is the brainchild of AAR (All American Racing) and Toyota, it was designed and built to race in the GTO (Grand Touring Over 2.5L) class in 1986 where it would compete with Ford Mustangs, Porsche 911s and Chevrolet Corvettes.

In order for the 4 cylinder, front wheel drive Toyota Celica to realistically compete with large, rear wheel drive GT cars like these the Celica would need to be almost entirely reimagined, which is exactly what AAR did – they eliminated the possibility of using the road car and instead started with a blank slate.

An entirely new space-frame chassis was developed which was powered by the legendary 4 cylinder Toyota T engine, capable of over 600hp in race trim, this is the same powerplant that had been used in everything from Formula Two, Formula Three, Group B rally and World Rally Championship competition. It was linked to a Hewland transaxle and the vehicle was then covered in clip-on bodywork designed to look like a stock mid-80s Toyota Celica.

This new car was to be driven by championship-winning driver Chris Cord, the grandson of Errett Lobban Cord (the founder of both the Cord and Duesenberg marques), Cord already had a championship win under his belt and was one of the most highly regarded drivers in the GTO class in the 1980s.

AAR and Toyota treated the 1986 car as a testbed of sorts and it formed the foundation of the success enjoyed by the 1987 car, that went on to achieve 15 wins, 7 pole positions and 21 podium finishes.

The 1986 year Toyota Celica IMSA GTO you see pictured here is due to roll across the auction block on the 16th of January 2014 at the Arizona Sale held by RM Auctions, if you’d like to read more about it or register to bid, you can click here. 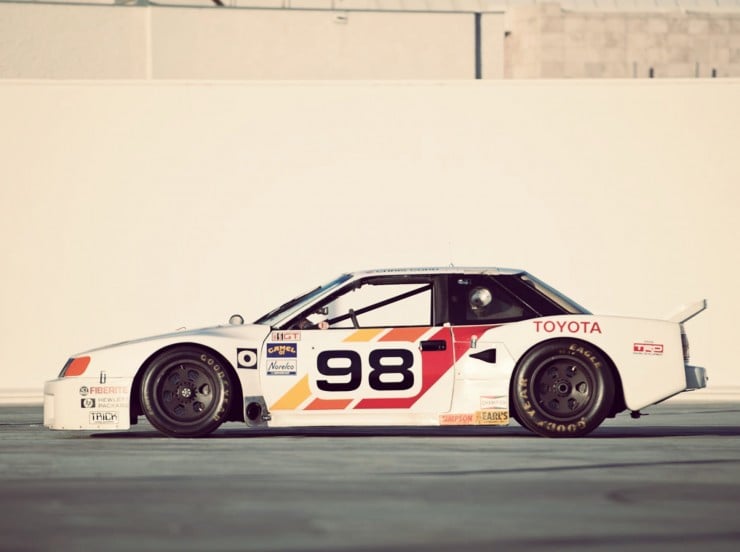 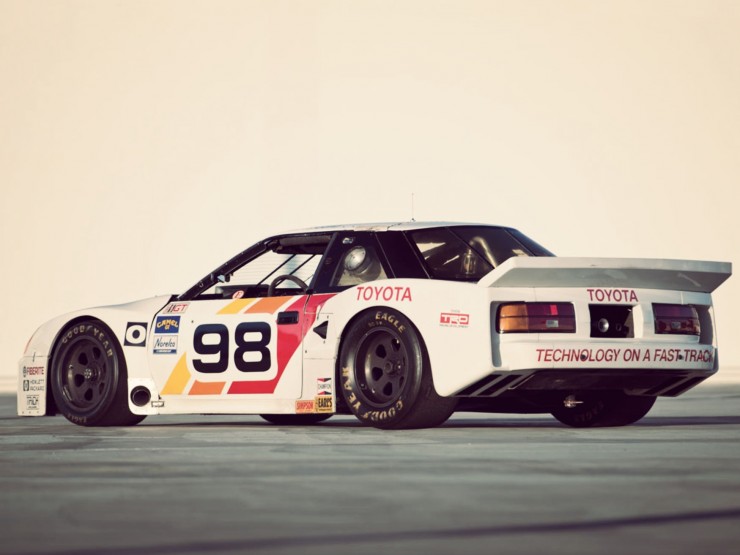 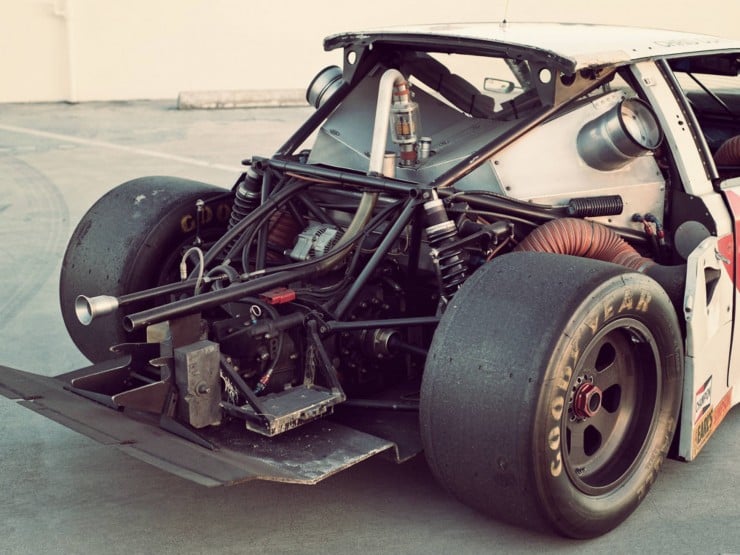 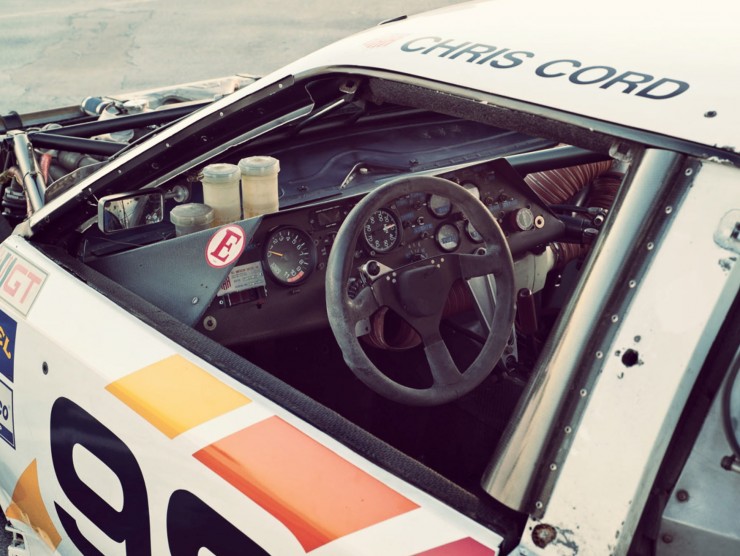 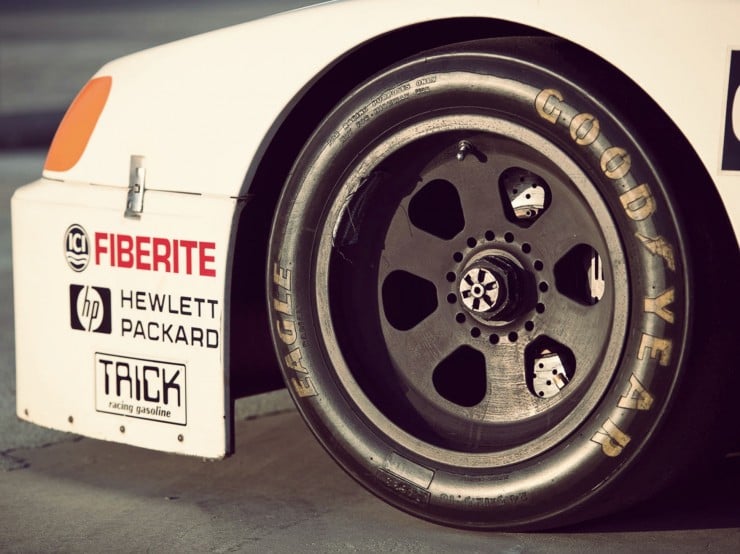 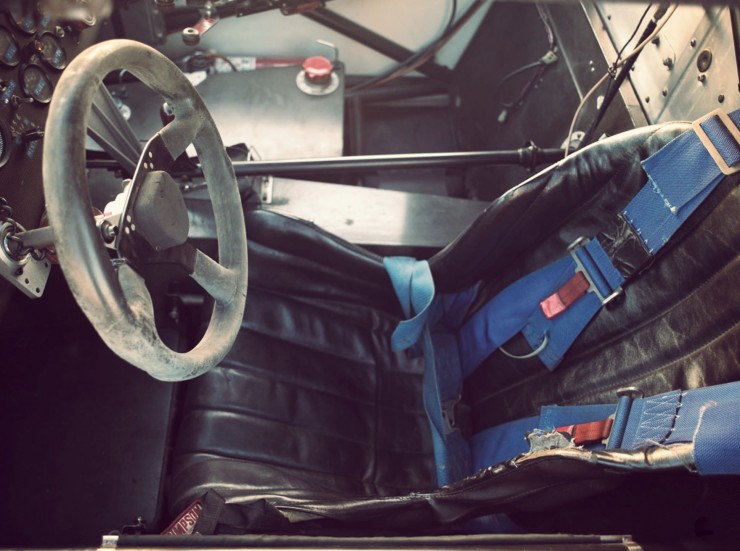 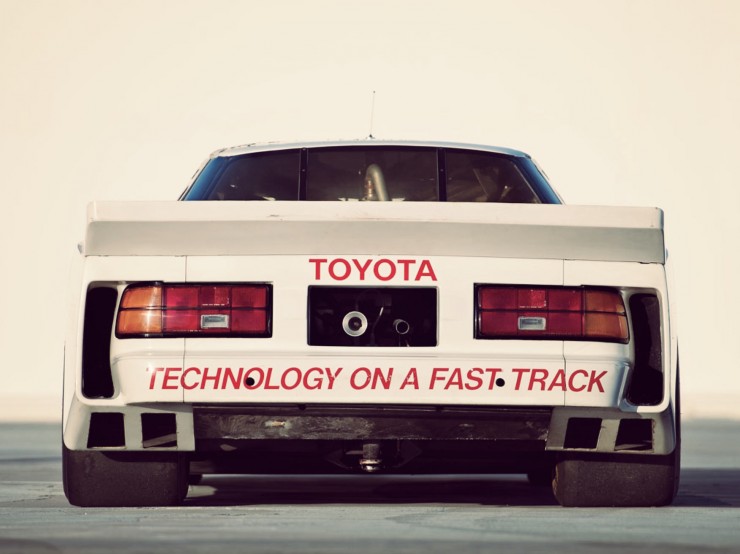 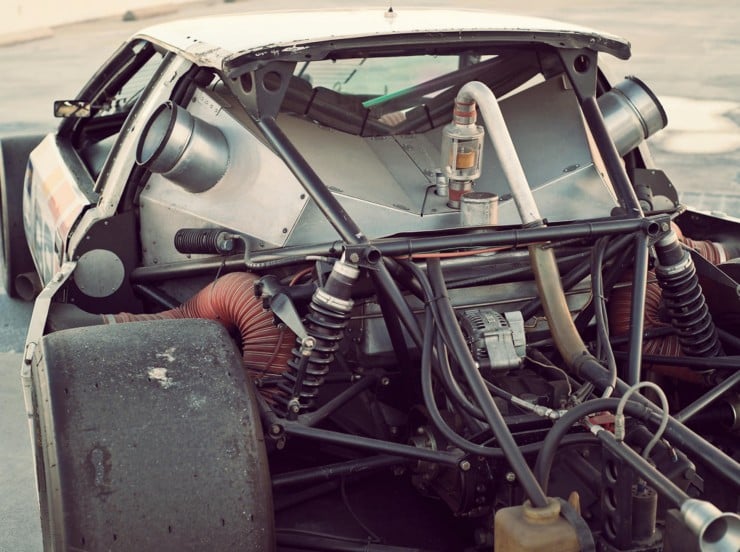 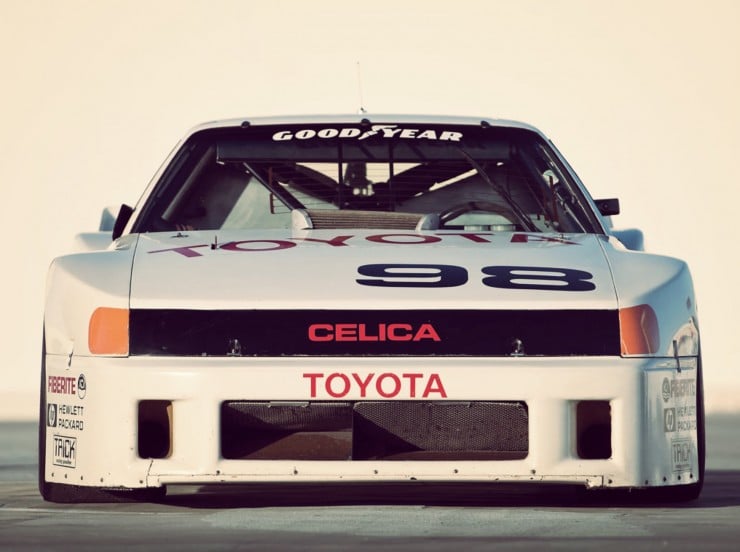 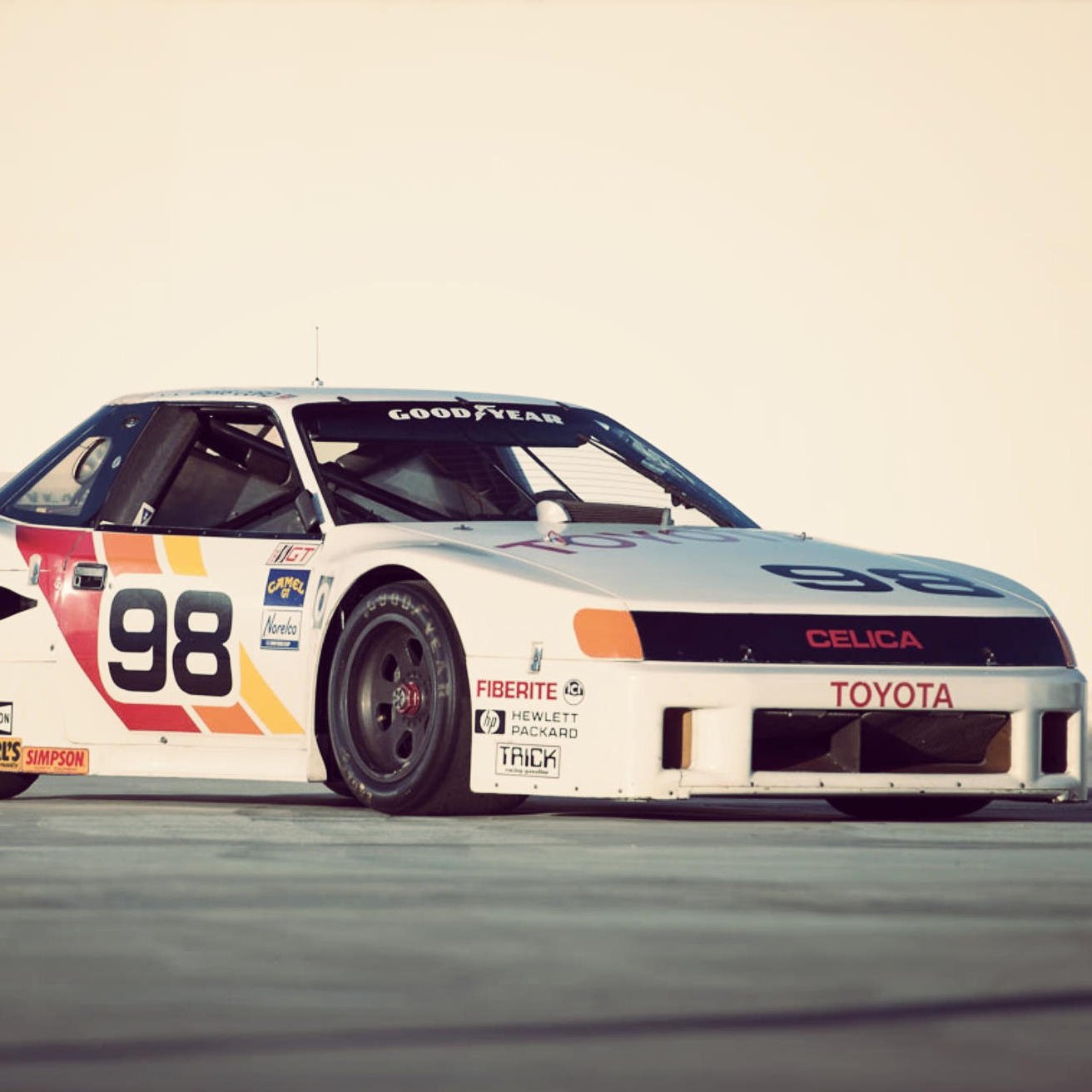