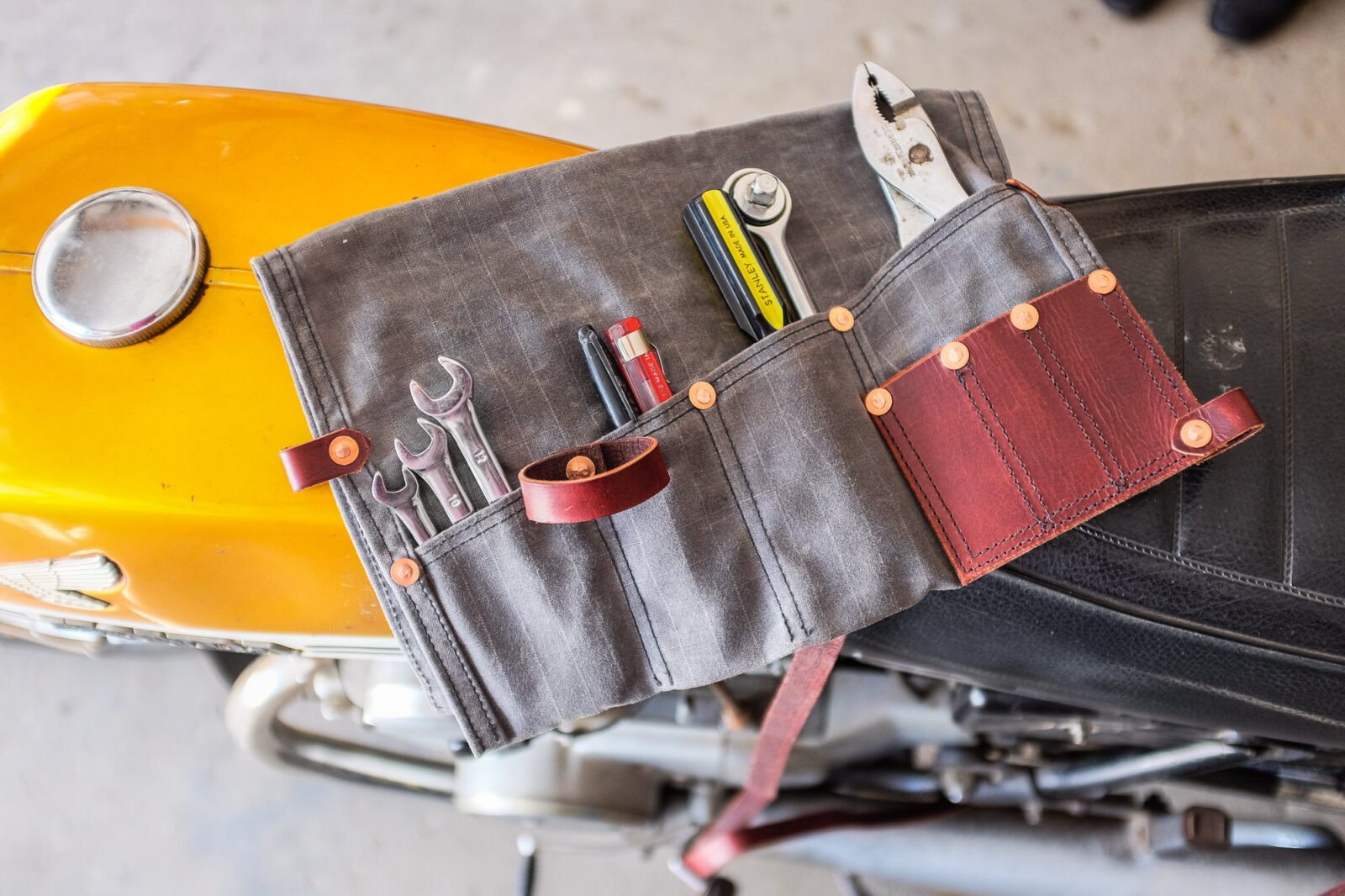 Regular readers of Silodrome have all become accustomed to my love of the classic tool roll, they were invented out of necessity shortly after the first motorcycle was invented – these bikes were unsurprisingly unreliable and so it became essential to have a decent tool kit on you at all times. Modern motorcycles are now at the point where they almost never breakdown, and so the tool roll has fallen by the wayside unless you happen to ride something made prior to the 1990s.

This tool roll by Janus Motorcycles is made from Martexin Gridwax waxed canvas and thick leather, it’s designed so that the leather string that wraps around the roll to close it can also be worn as a belt to keep the tool roll on you almost like a small shop apron. All the fixings used on the roll are either brass or stainless steel and it has enough pockets to take a sizeable mobile tool kit with you on two wheels. 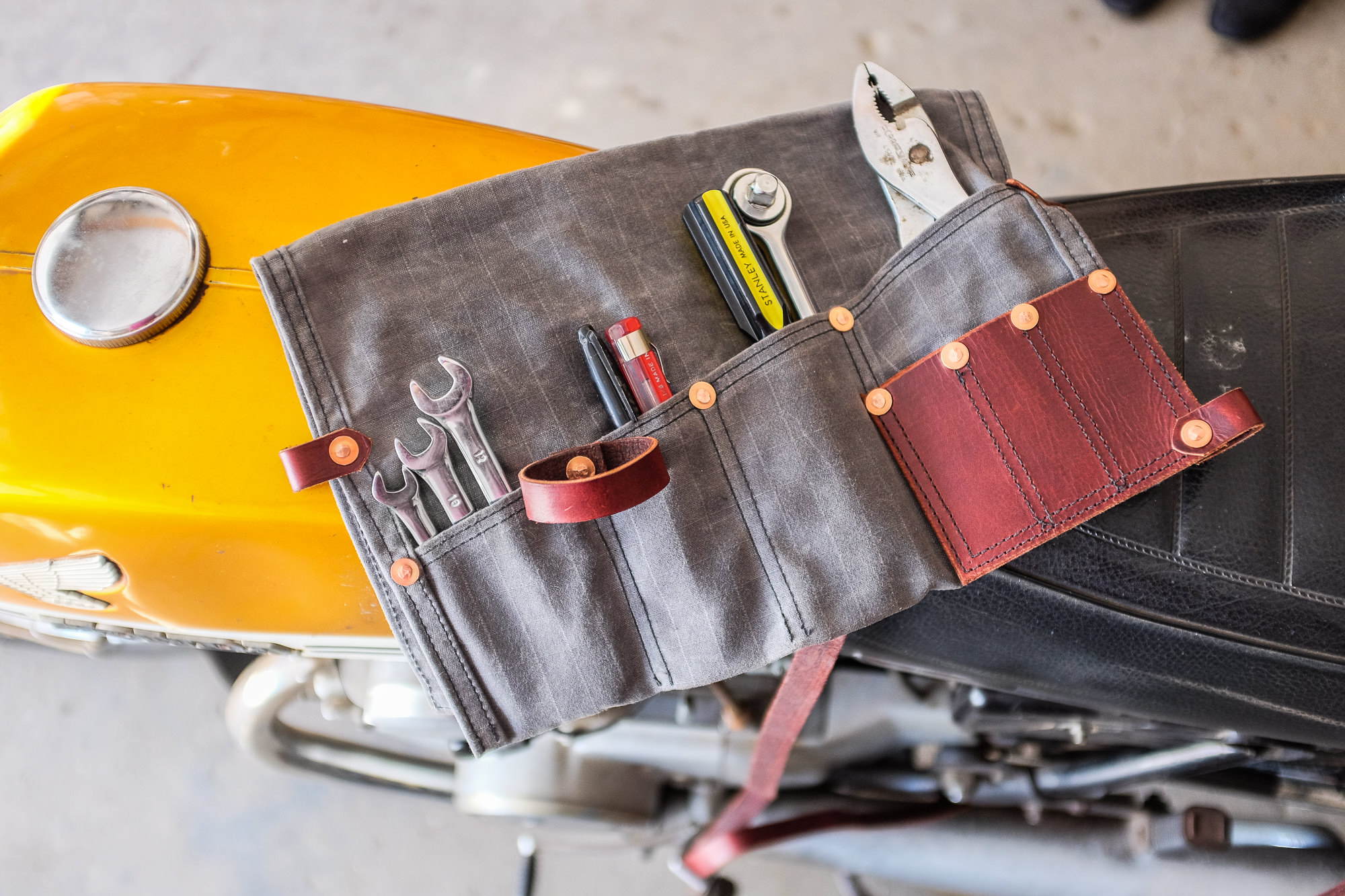