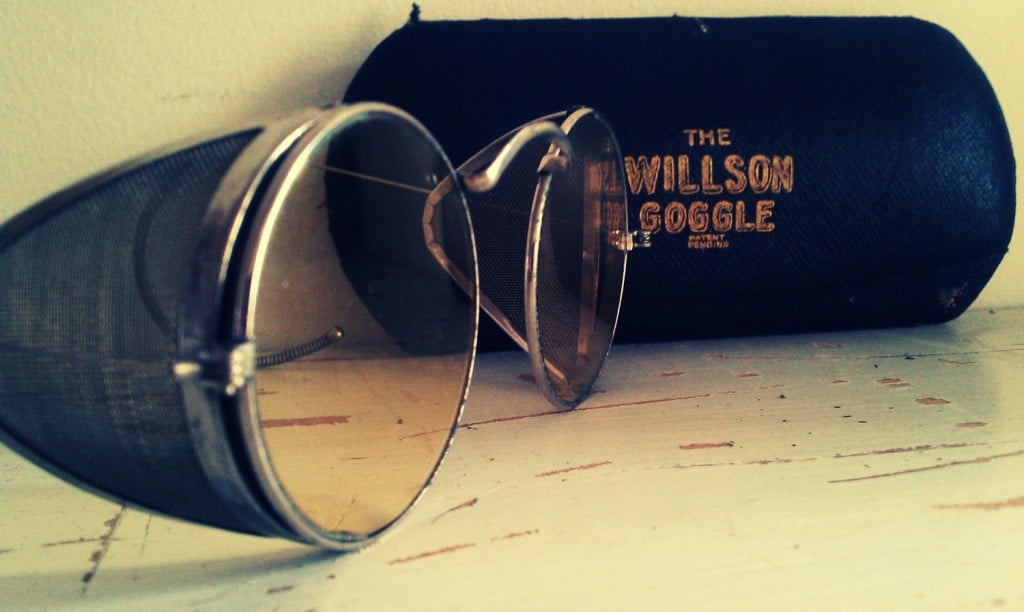 Every time I end up on Etsy I find things I never knew I needed. These goggles by Wilson are almost 100 years old, they’re in fantastic condition and feature amber lenses surrounded by an ultra-thin wire mesh.

Originally designed for early motorists and motorcyclists, these antique goggles would doubtless have tales to tell if they could only talk.