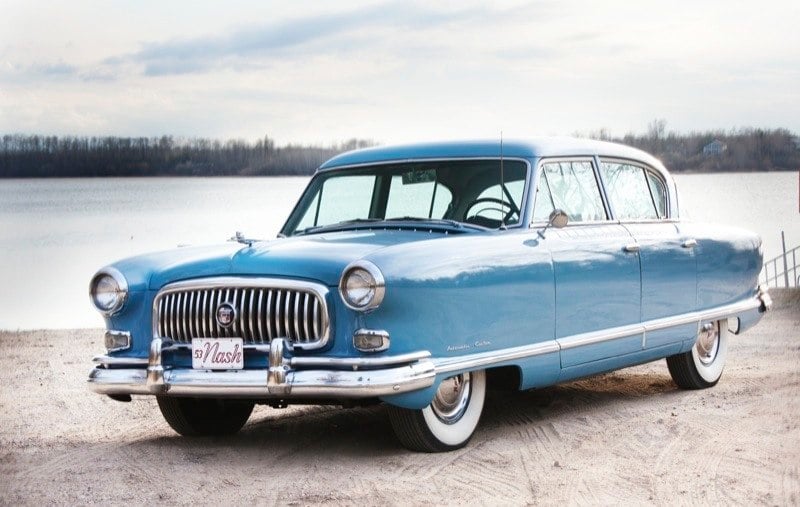 Unrestored cars this pristine are becoming rarer and rarer, this 1953 Nash Ambassador Custom is in practically immaculate condition throughout and has only 26,106 miles from new. I can only assume that the owner of this Nash is the most fastidious person on the face of the Earth. The exterior, interior and engine bay look almost new, you would certainly never guess they were 58 years old.

The Nash Ambassador line of vehicles was manufactured between 1932 and 1957, the legendary Italian design house Pininfarina was involved with many of the Ambassador’s styling cues, from the chrome grill right through to the gauges on the instrument panel.

This Nash has the optional Hydramatic transmission, four-wheel disc brakes, the original (still working) factory clock, the original radio and the 252 cubic inch straight-6 which produces 120hp at the rear wheels.

It’s priced at $7,000 USD and hasn’t been bid on yet, if you’re in the market for a set of wheels that’d make Cary Grant turn green with envy, this might just be your ride. 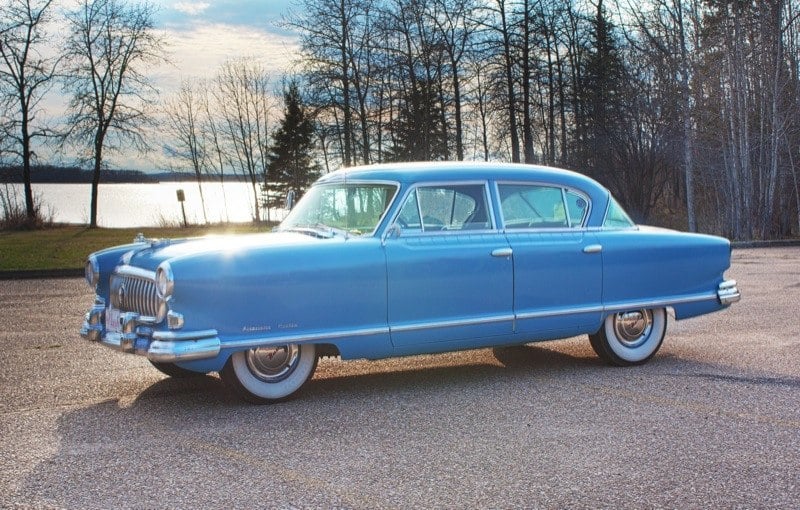 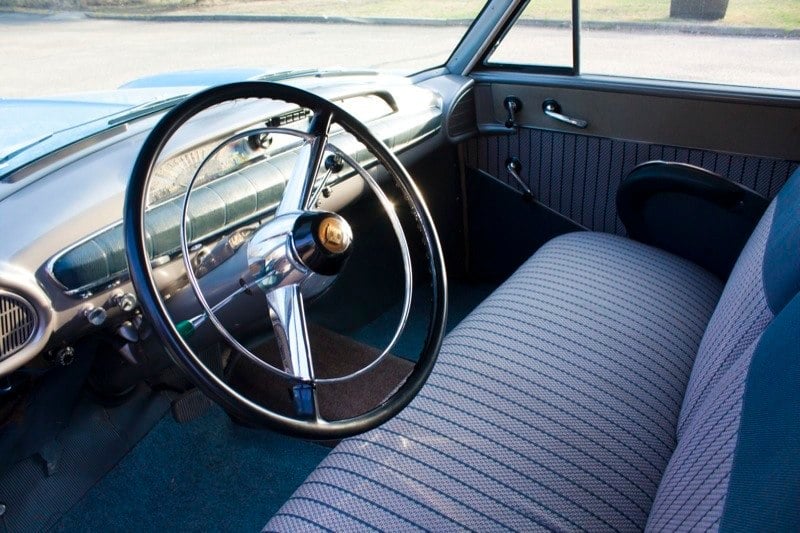 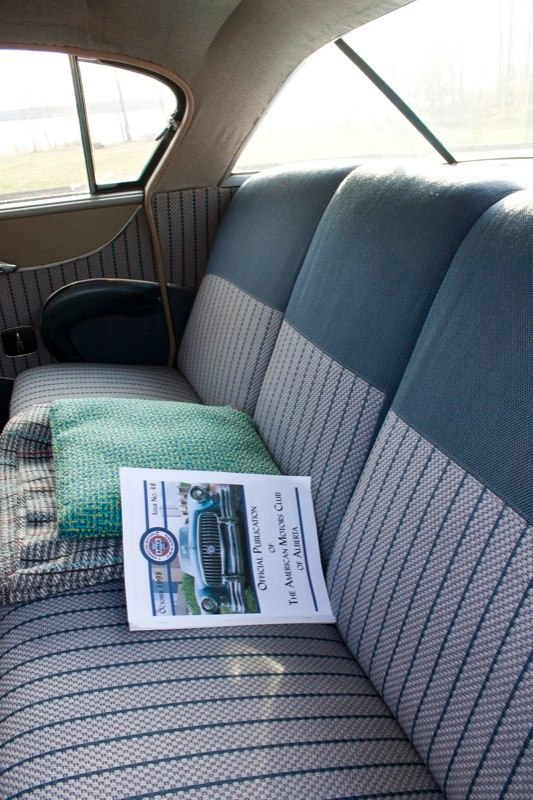 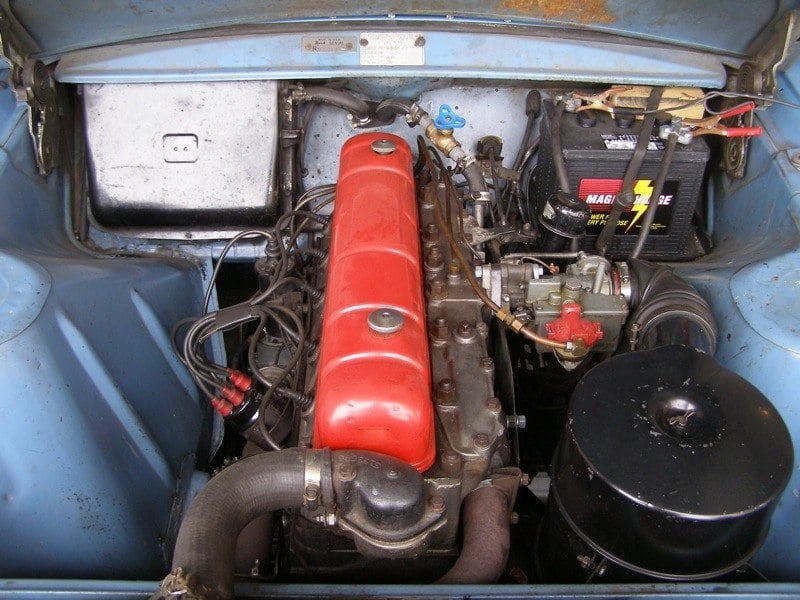 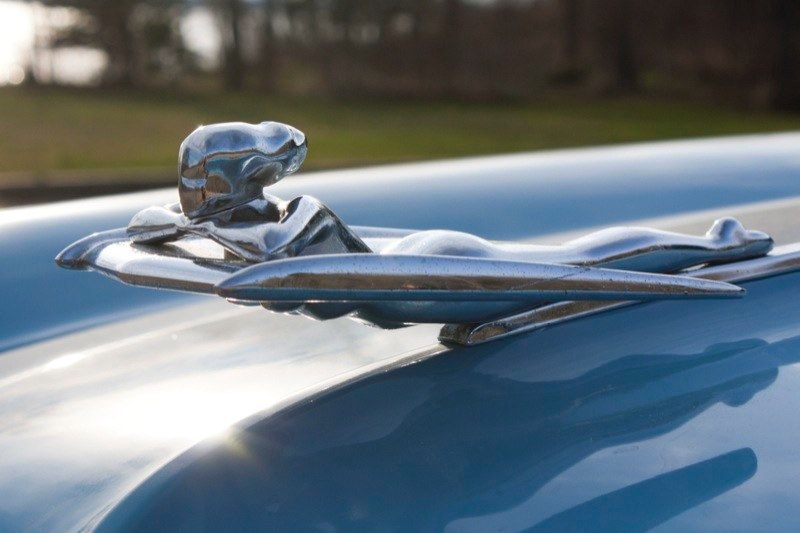 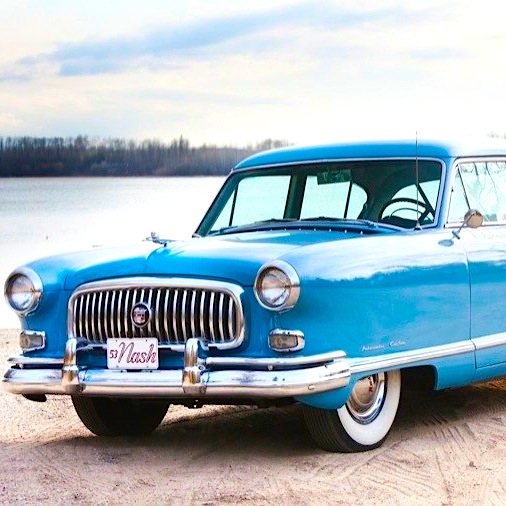