The Invisible Circle is a motorcycle safety film from the 1960s, though it’s obviously dated it actually contains a remarkable amount of valuable information – information that could save your life today, 60 years after the film was released.

Motorcycles have always been popular for low cost transportation, motorcycle adoption exploded after WWII as they offered a transportation option that could be bought inexpensively, used fuel sparingly, and were generally cheap to register and insure.

In the 1960s motorcycles from Japan began to make inroads into the United States, the largest single-nation motorcycle market in the world at the time.

Perhaps the most signifiant Japanese motorcycle of this era was also one of the most diminutive – the Honda Super Cub. 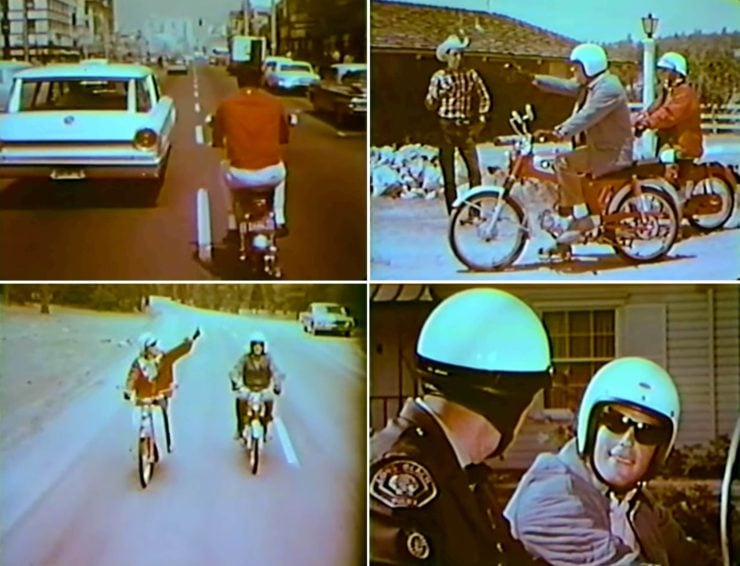 The Super Cub has been compared with the Model T Ford, Volkswagen Beetle, Mini, Jeep, and Land Rover – it was a groundbreaking design that has now become the single most produced motor vehicle in world history, with over 100 million built.

This motorcycle safety film was funded by the American Honda Motor Company Inc. – which certainly explains why all the motorcycles you’ll see in the film are Hondas.

That said it’s worth noting that the film isn’t a glaring promotion for Honda, and it contains many lessons about riding that many (including me) might find surprisingly helpful.

If you’d like to read more about the history of the Honda Super Cub you can click here to see an excellent timeline that tracks it from 1958 to the current day. 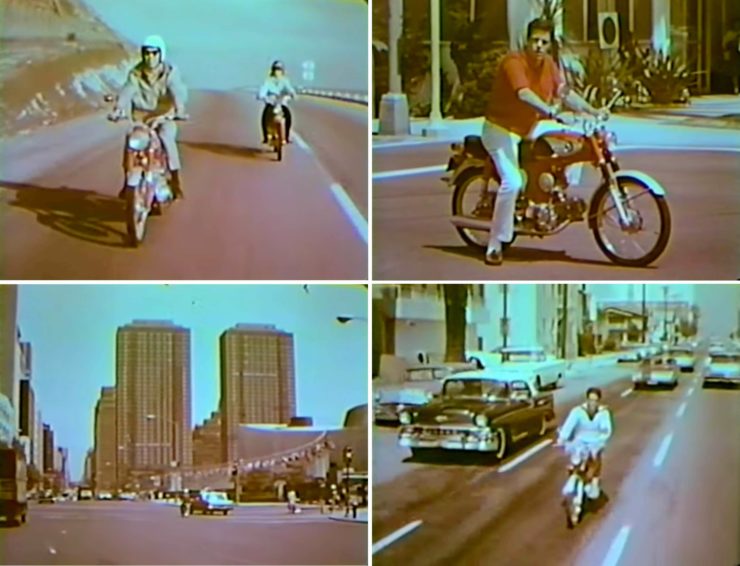 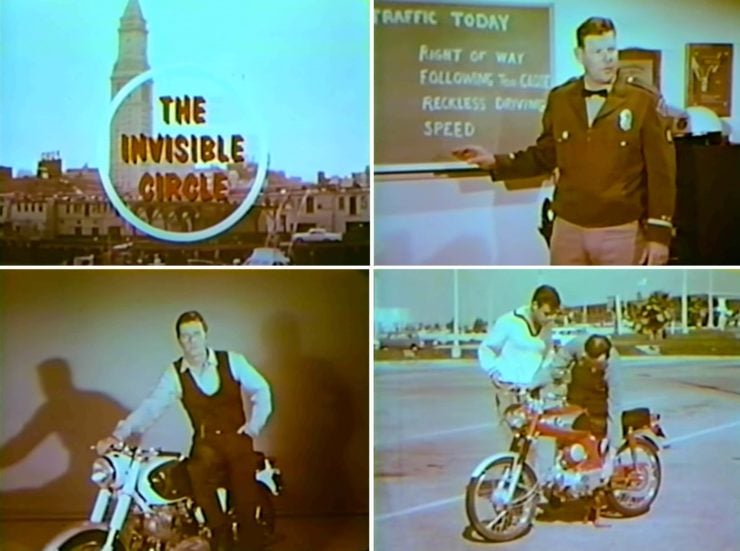