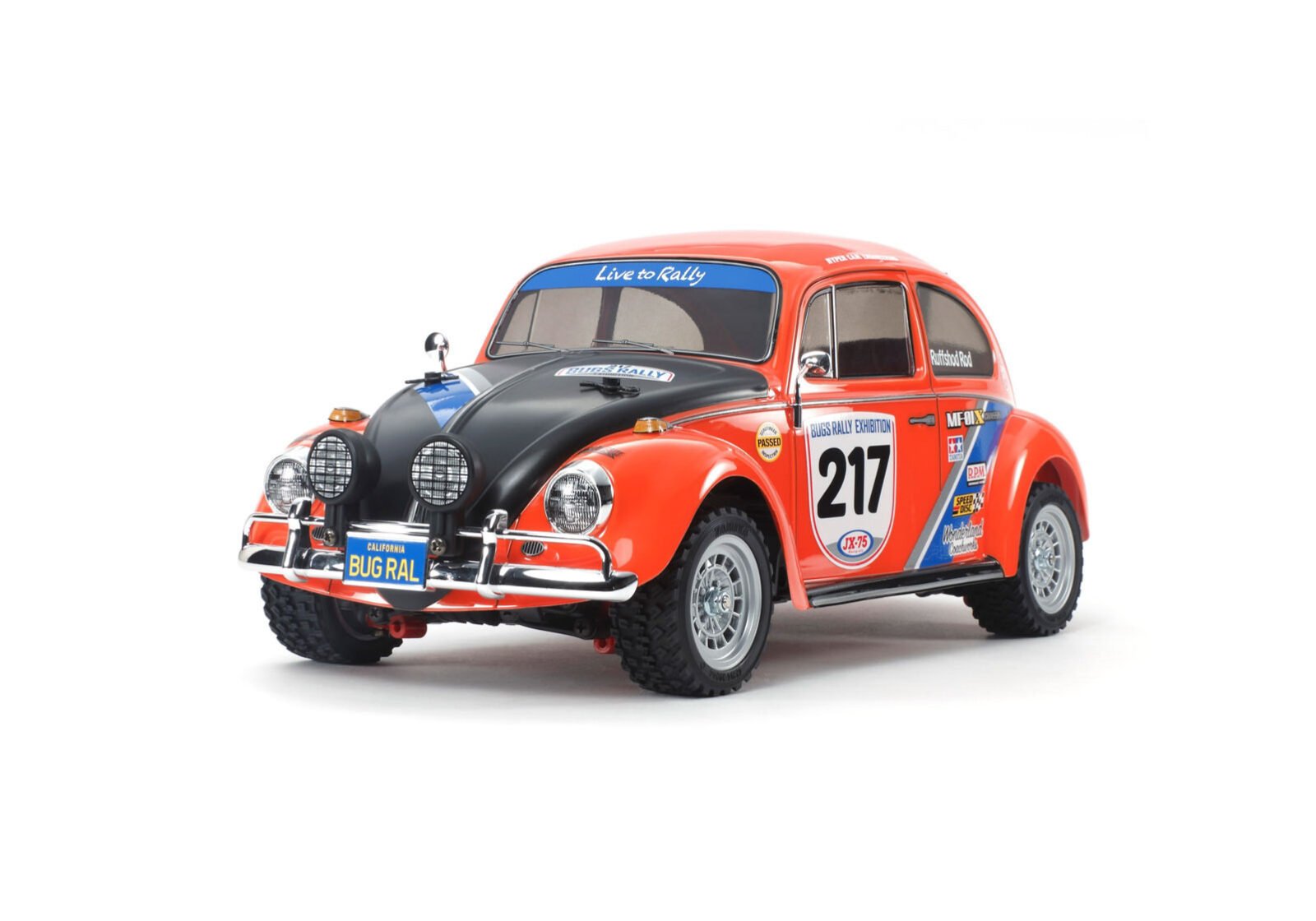 This is the Tamiya R/C Volkswagen Beetle Rally, it’s an homage to all of the Beetle-based rally and desert racing vehicles that have been built from the 1950s right through to the present day. Although not designed for off-road use or motorsport competition, the Beetle proved highly capable once modified to suit its new calling.

The simplicity of the VW Beetle chassis combined with the all independent suspension and mechanically simple, horizontally-opposed four-cylinder engine proved a foundation that was highly extensible for motorsport use. The Tamiya R/C Volkswagen Beetle Rally is built to 1:10th scale, measuring in at 397mm (15.6′) long and 163mm (6.4′) wide, and it uses Tamiya’s tough, shaft-driven 4WD MF-01X chassis.

As with many Tamiya R/C kits this one uses a simple polycarbonate body that you fit to the platform chassis, the body needs to be painted have the decals fitted, however many builders use this as a chance to personalise it with their own paint schemes and stickers.

Aesthetically the car looks the part, with the (recommended but obviously not compulsory) orange and black paint scheme, retro decals, and twin rally spotlights up front mounted atop the chrome bumper. Some builders go the extra mile, fitting them with rally roof racks carrying additional spotlights as well as spare tires and fuel cans – and there’s a whole section on YouTube of people taking them off-road to race them and have other adventures.

The items you do need to drive the Beetle is a 2-channel radio, a steering servo, a 7.2 volt battery, a battery charger, and Tamiya PS Paint. Tamiya doesn’t include it as many R/C folks already have these items and don’t want to pay for them again with each new model they buy. 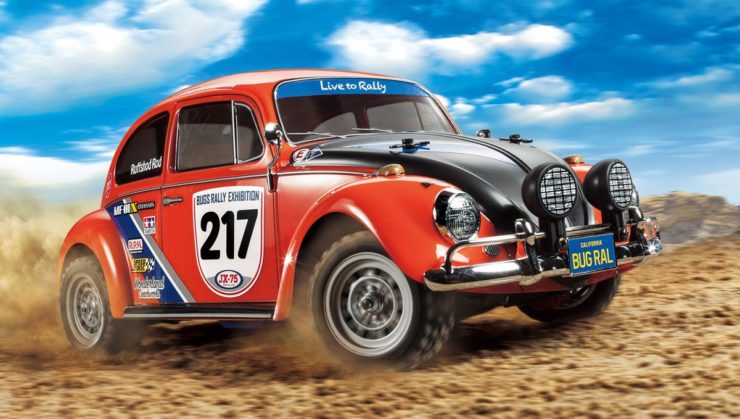 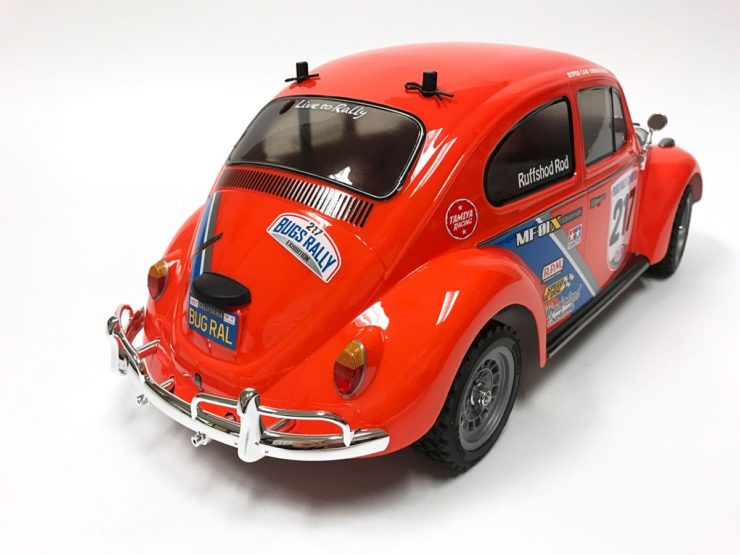 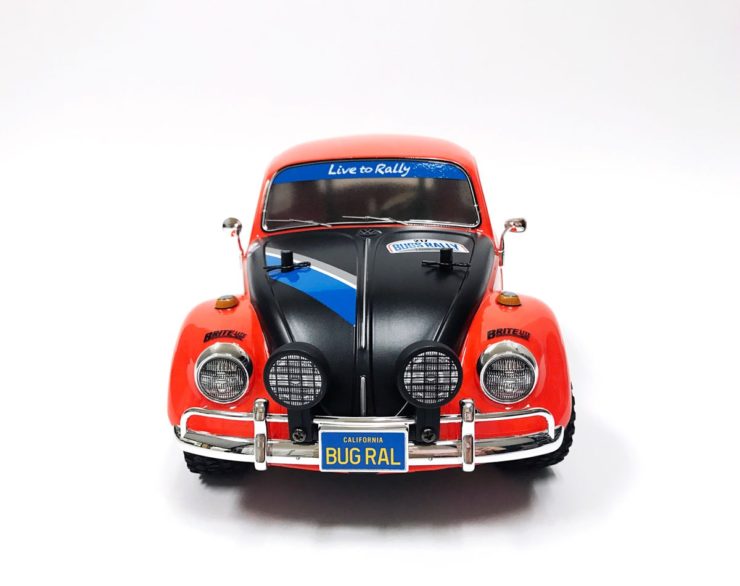 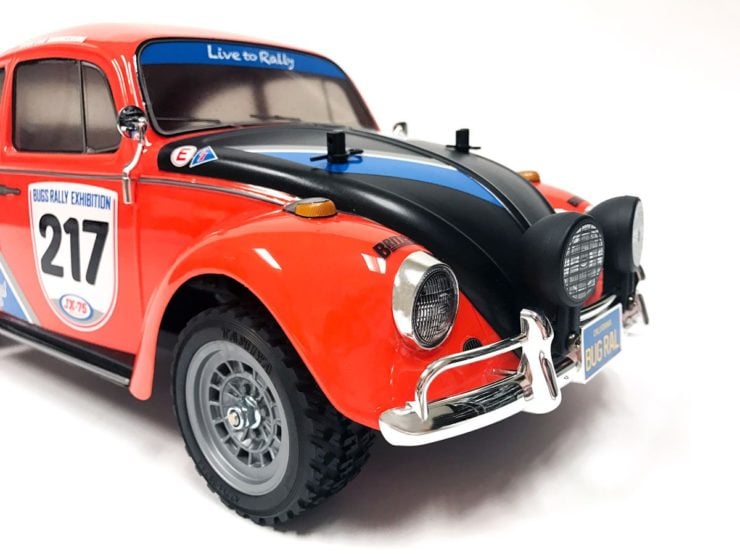 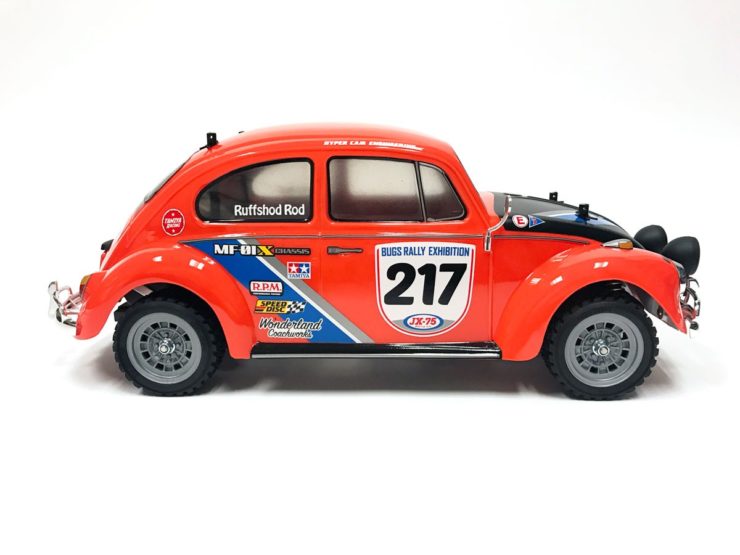 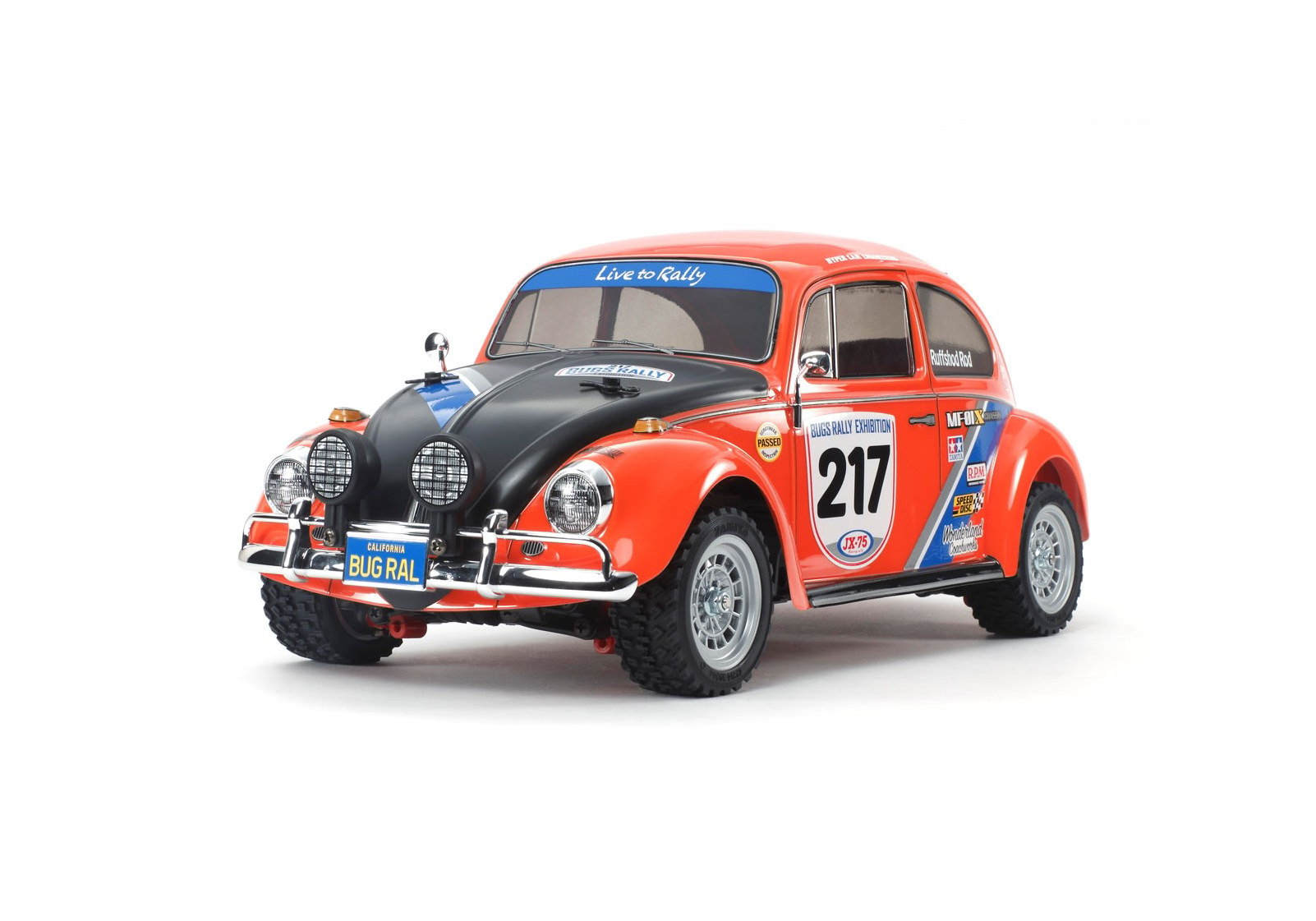