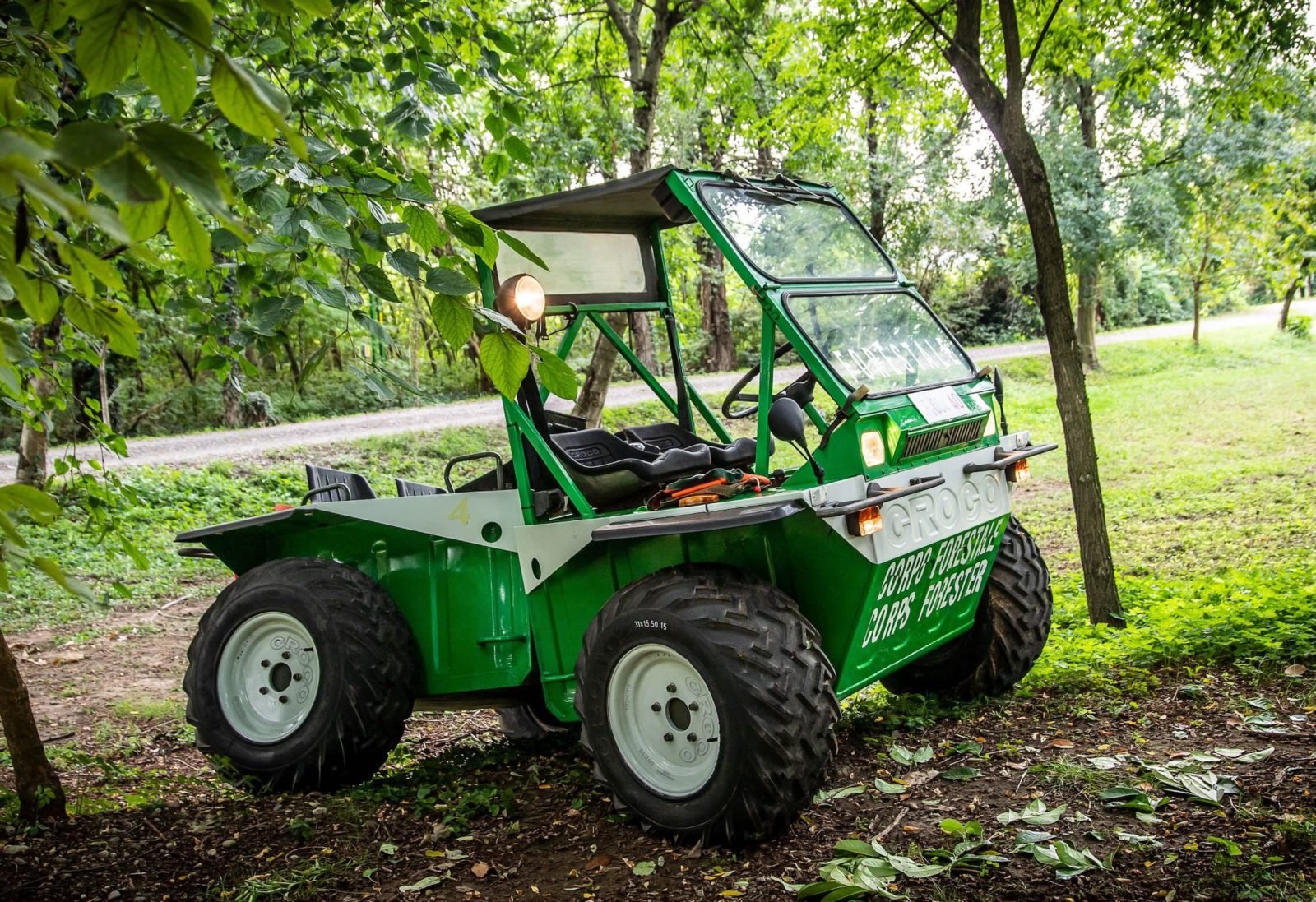 The TAG Croco 4×4 Amphibian is a remarkable vehicle: it’s four-wheel drive, it’s amphibious, it has four-wheel steering, it’s powered by a Wankel rotary engine, and it can carry up to six people despite its small size.

There can be little doubt that this is one of the most unusual vehicles ever made, which is why it’s a little surprising that it’s not better known. It was originally developed as a helicopter deployable military off-roader – but in the end just 60 were made.

Designing The Next Jeep

The desire to build the next Willys Jeep has led to a staggering array of fascinating off-road vehicles over the years. The simple design and excellent capabilities of the original Jeep inspired automakers around the world – leading to the Land Rover, Unimog, Land Cruiser, and countless others.

Above Video: This short film shows the TAG Croco 4×4 Amphibian in action both on land and on the water – it also shows the propeller installation process.

Perhaps the one chink in the armor of the Willys Jeep was its inability to cross waterways. During WWII the Germans had the amphibious Volkswagen Schwimmwagen which had proved effective, but was produced in far lower numbers than the American Jeep.

In the years since the war many engineers have tackled the design challenge of creating a simple, off-road capable amphibious vehicle with varying degrees of success. The TAG Croco 4×4 Amphibian is one of the most interesting of them.

The name of the TAG Croco 4×4 comes from its parent company TAG combined with a portmanteau of CROoss – COuntry – though of course “Croco” also means crocodile, which is an apt name for the little 4×4.

The fact that the engineers who worked on this project managed to incorporate four-wheel drive, four-wheel steering, two hulls articulated about a central axis, a propeller drive system, and a lightweight Wankel rotary engine is remarkable. 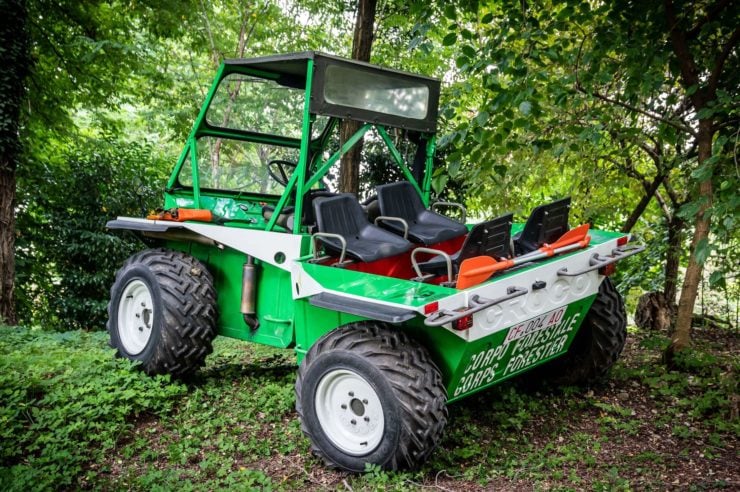 The two tubs that make up the body are articulated around a central point, allowing them to move independently of one another and offer good wheel articulation.

The plan was to design an entirely new kind of off-road vehicle that would be well-suited to military use, and to use by forestry services, farmers, outdoors people, surveyors, geologists, and anyone else who needed transport across wild terrain.

The weight of the vehicle was strictly controlled during development to ensure that it would float well, and to ensure it would be deployable by helicopter – a key criteria for military buyers.

The vehicle also had to be as simple as possible, so it was designed around two steel tubs that doubled as watertight hulls in the water. No suspension was fitted, instead the TAG Croco uses low-pressure balloon tires which assist with floating and soaking up bumps and shocks while driving.

A Wankel Rotary Engine (Under The Seat)

A 440cc single-rotor NSU-Wankel engine was built under license and installed under the front seat for easy access, it produces 30 bhp and 45 Nm of torque, and it has two forward speeds and one reverse. The top speed is 56 km/h or 35 mph.

Depending on the user’s requirements the TAG Croco can be fitted with up to six seats, or just two front seats with the rear section acting as cargo storage. A clever four-wheel steering system combined with a four-wheel drive system give the vehicle remarkable dexterity off-road, and it’s well-suited to use on mud, thick sand, snow, and other oftentimes difficult surfaces. 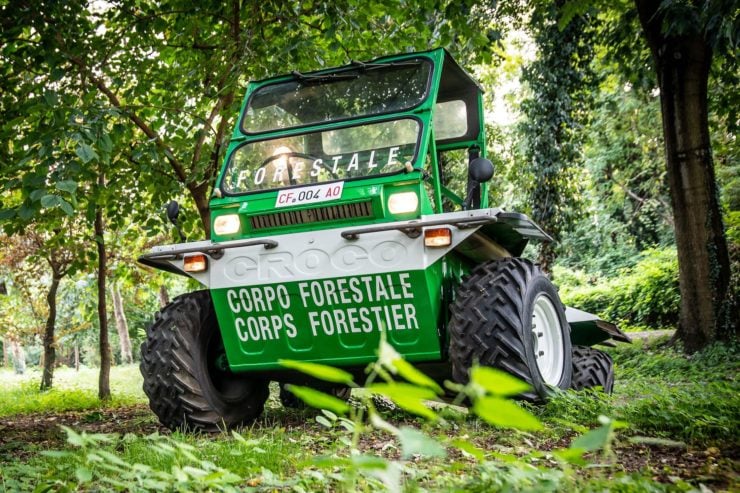 The TAG Croco has no suspension, so it’s fitted with large low-pressure balloon tires that act as basic suspension and also assist with flotation when on the water.

Unfortunately no military buyers were forthcoming, the TAG Croco remained in limited production from 1978 until 1986, but ultimately just 60 or so are believed to have been built.

The TAG Croco you see here is one of the nicest preserved examples we’ve seen come up for sale, in fact we covered this same vehicle back in January of 2020.

This vehicle is a 1983 model that was delivered new to the Forestry Corps in northern Italy, it still carries the green and white paint scheme and logos of the service. It’s not known why, but the rangers put almost no miles on the vehicle at all, just 135 kms or 35 hours of operation from new.

It’s now due to roll across the auction block in Paris with Artcurial on the 18th of March with a price guide of $28,300 – $50,900 USD. If you’d like to read more about it or register to bid you can click here to visit the listing. 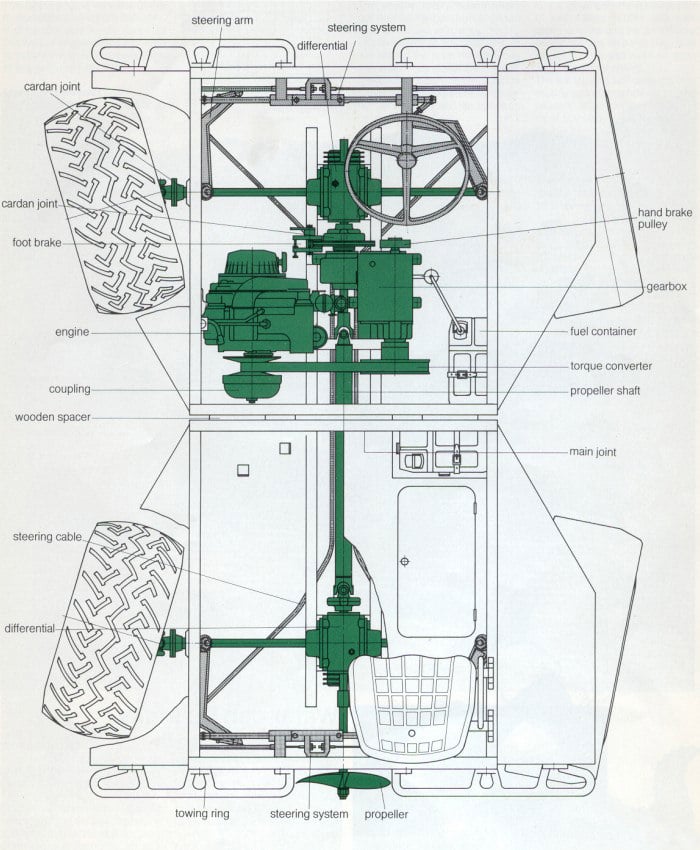 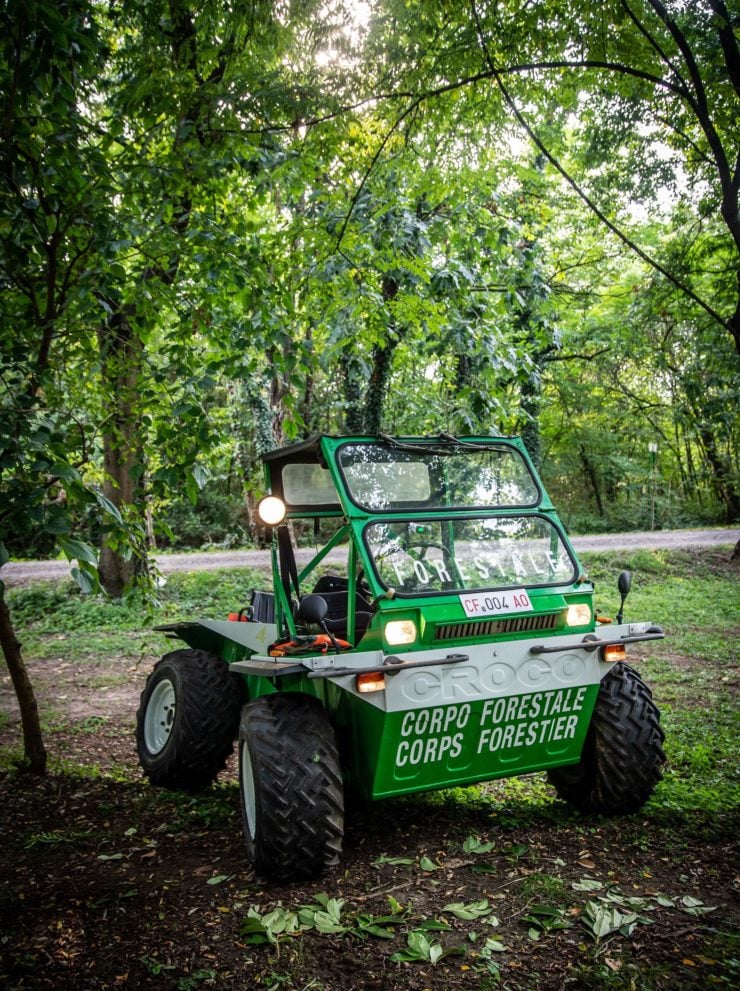 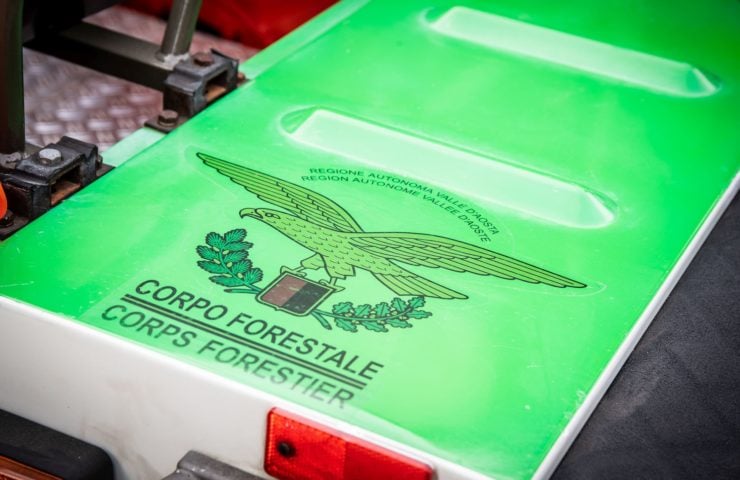 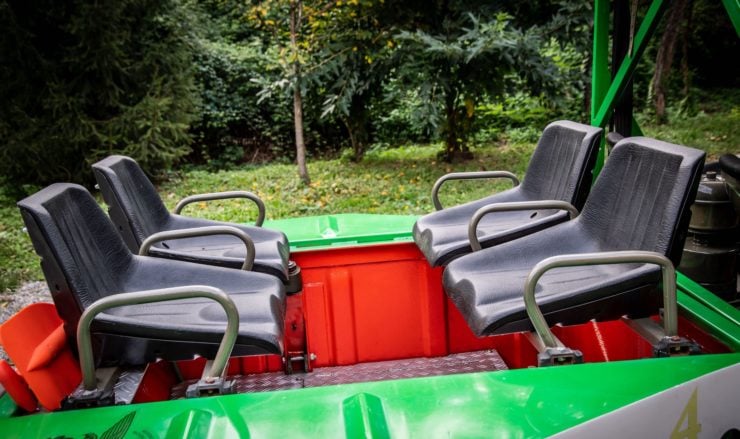 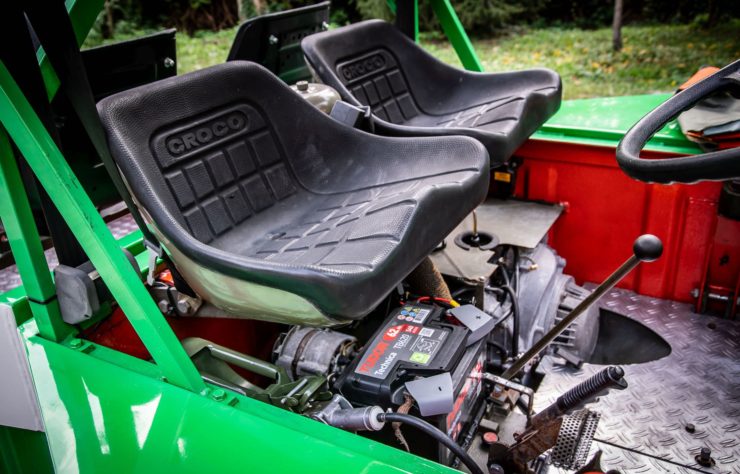 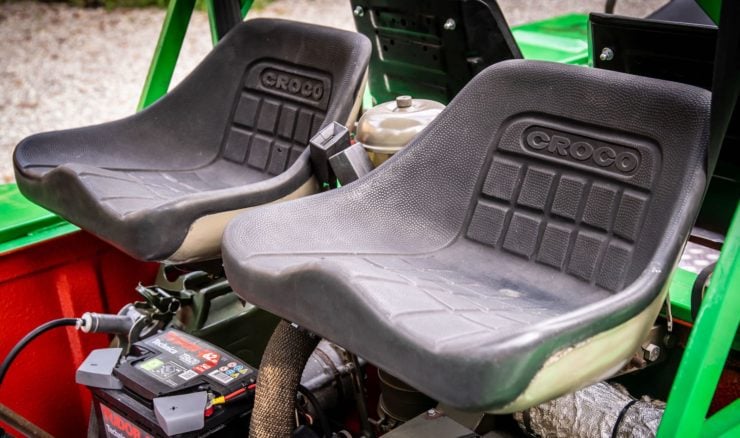 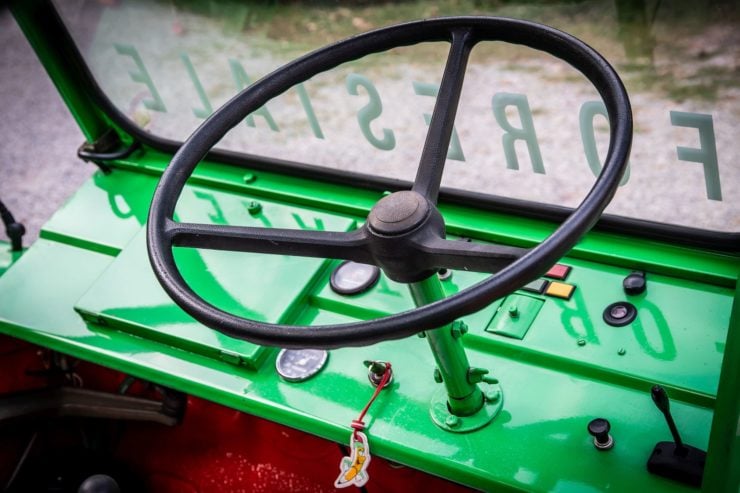 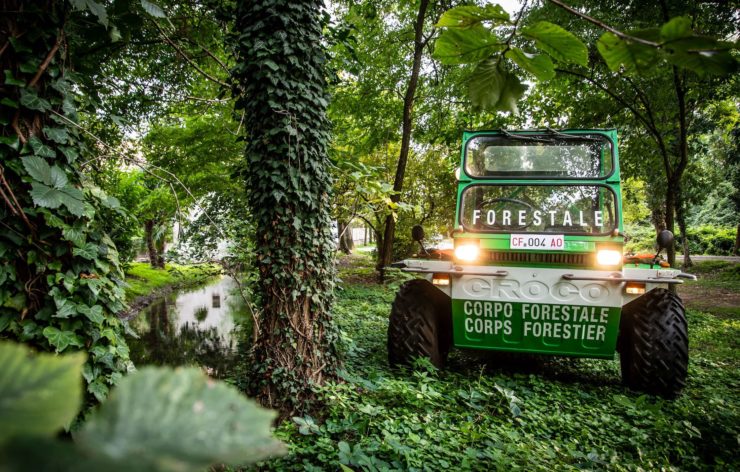 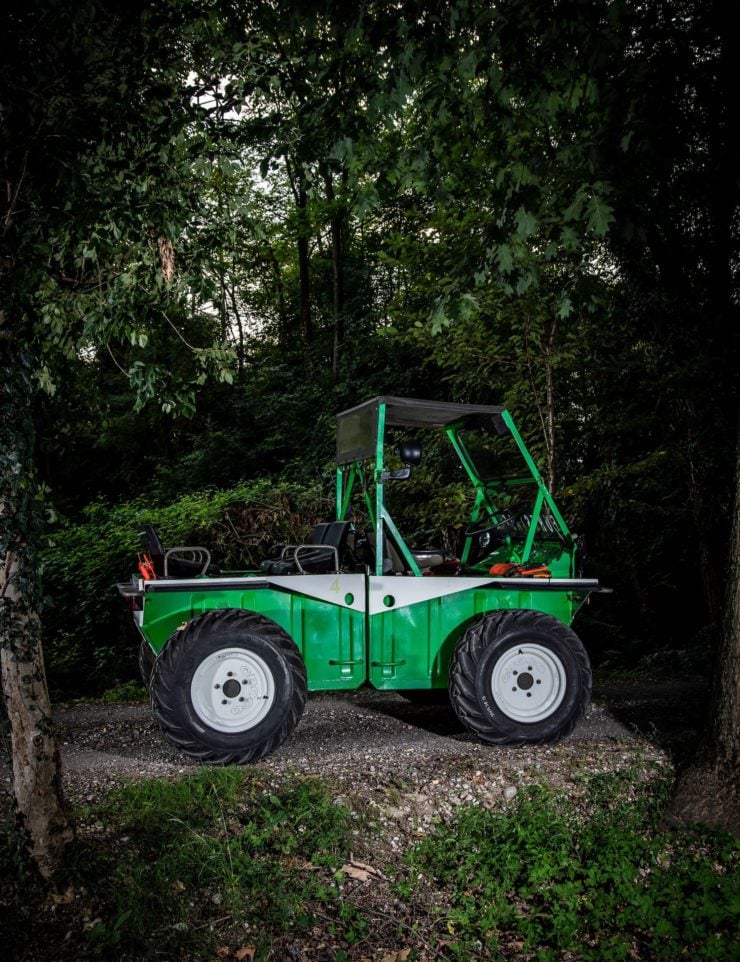 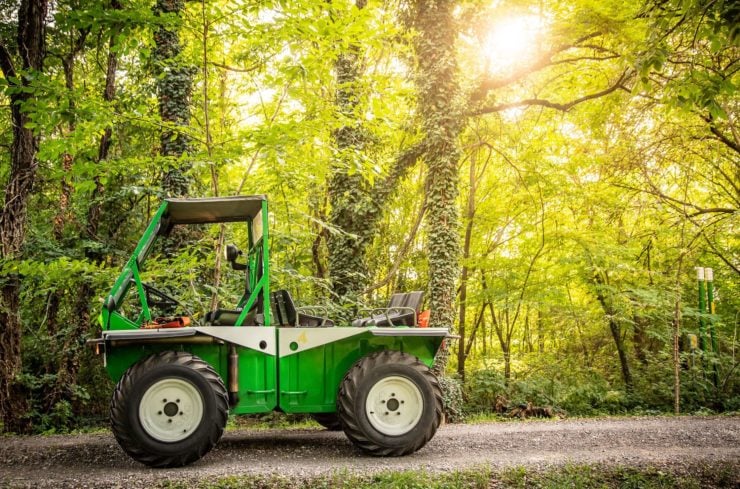 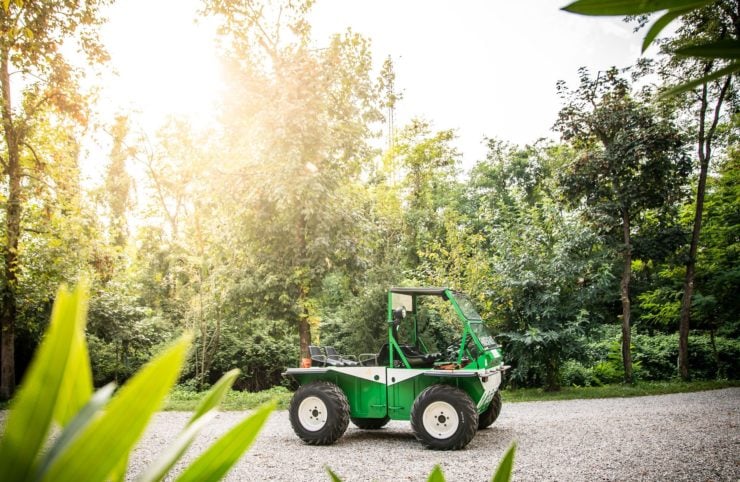 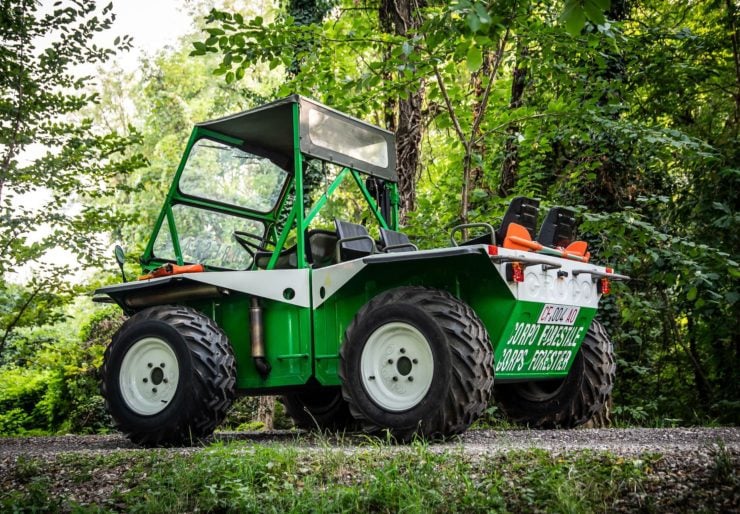