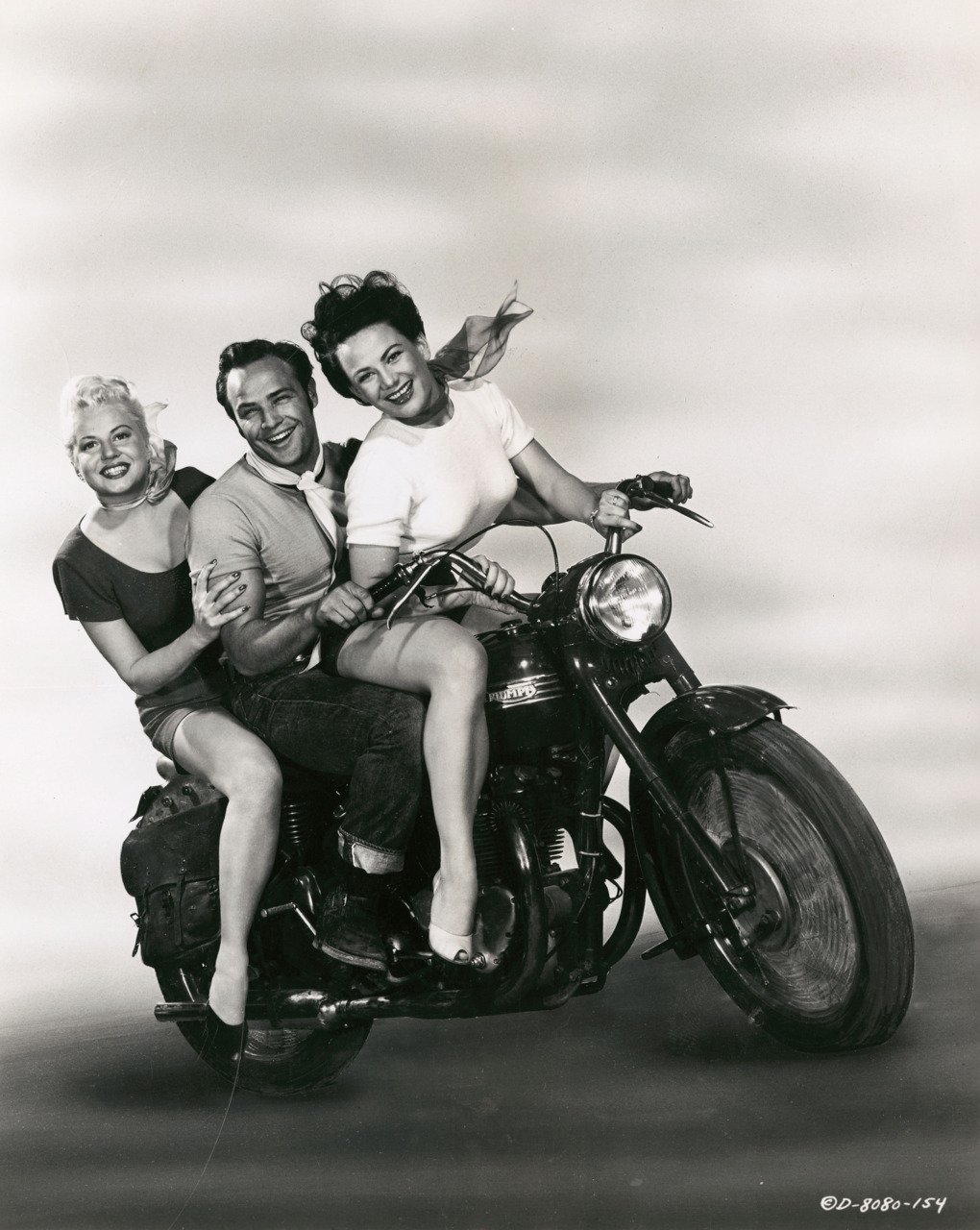 We love this slightly goofy shot of Brando, so often in photographs he looks serious or downright angry, it’s great to see him having some fun with a couple of ladies that none of us would kick out of bed on a rainy Sunday afternoon.