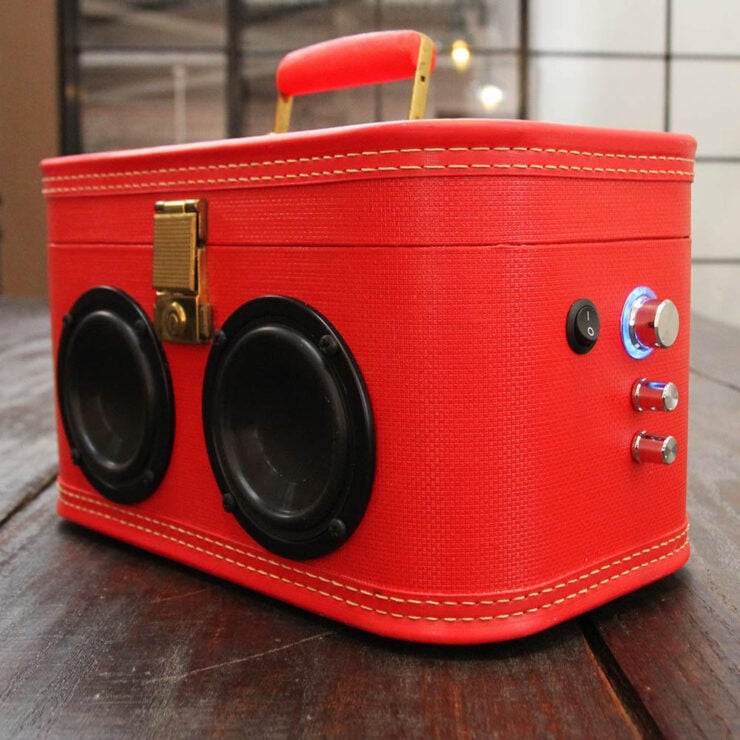 These incredible suitcase stereos are each made by hand from an authentic vintage suitcase, this case is called “The Lady Bug” and it has 4 individual speakers, a 40W amplifier with volume, bass & treble control, a built in lithium battery good for 8+ hours of music and a jack that connects to any iPhone/iPad/MP3 player. 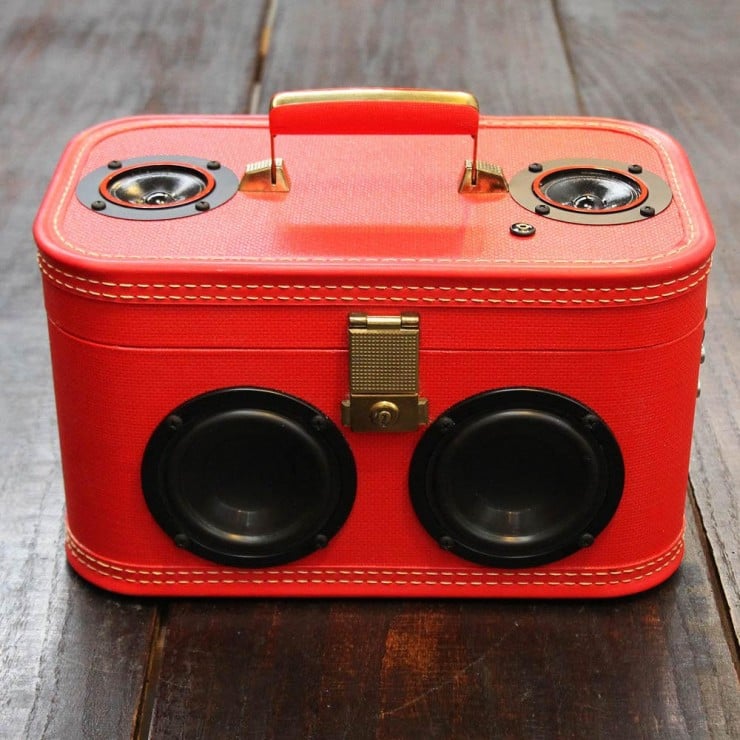 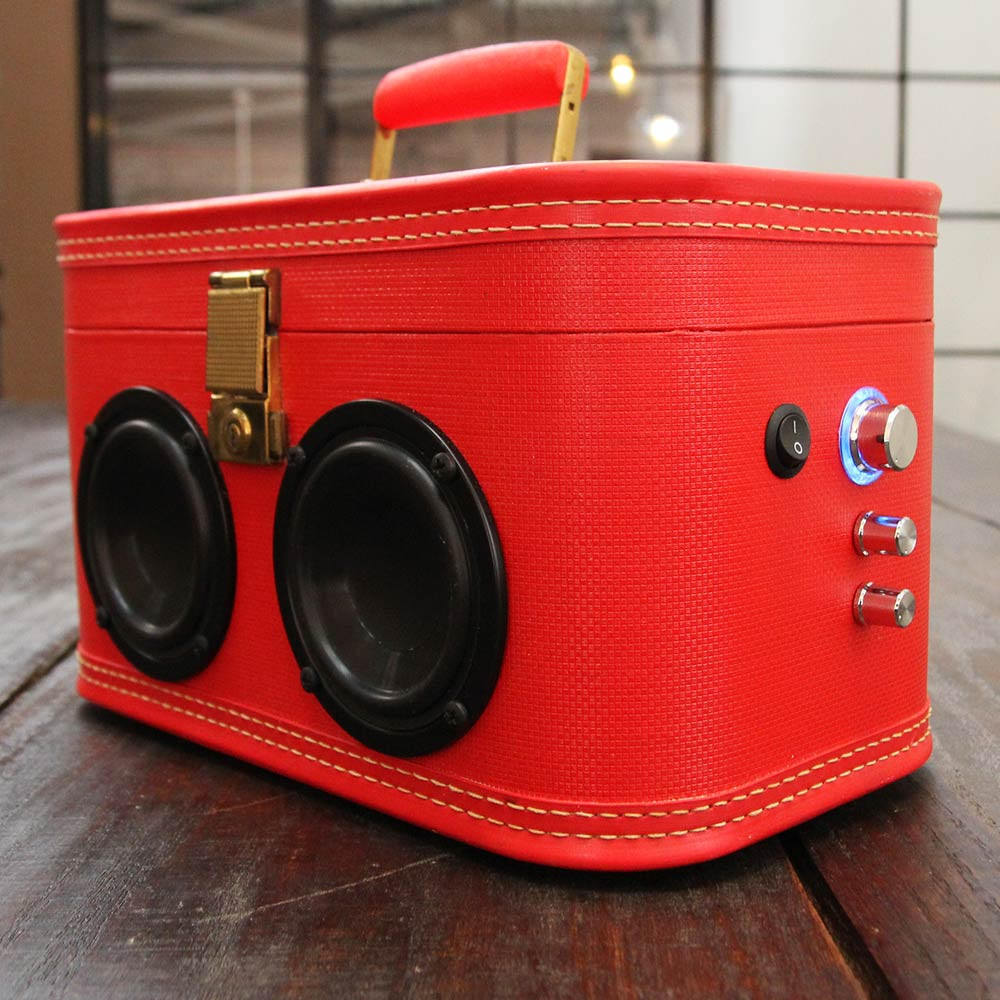 This is the new Floyd line of suitcases, a modern collection of luggage inspired by 1970s skate and surf culture in California – Venice Beach…