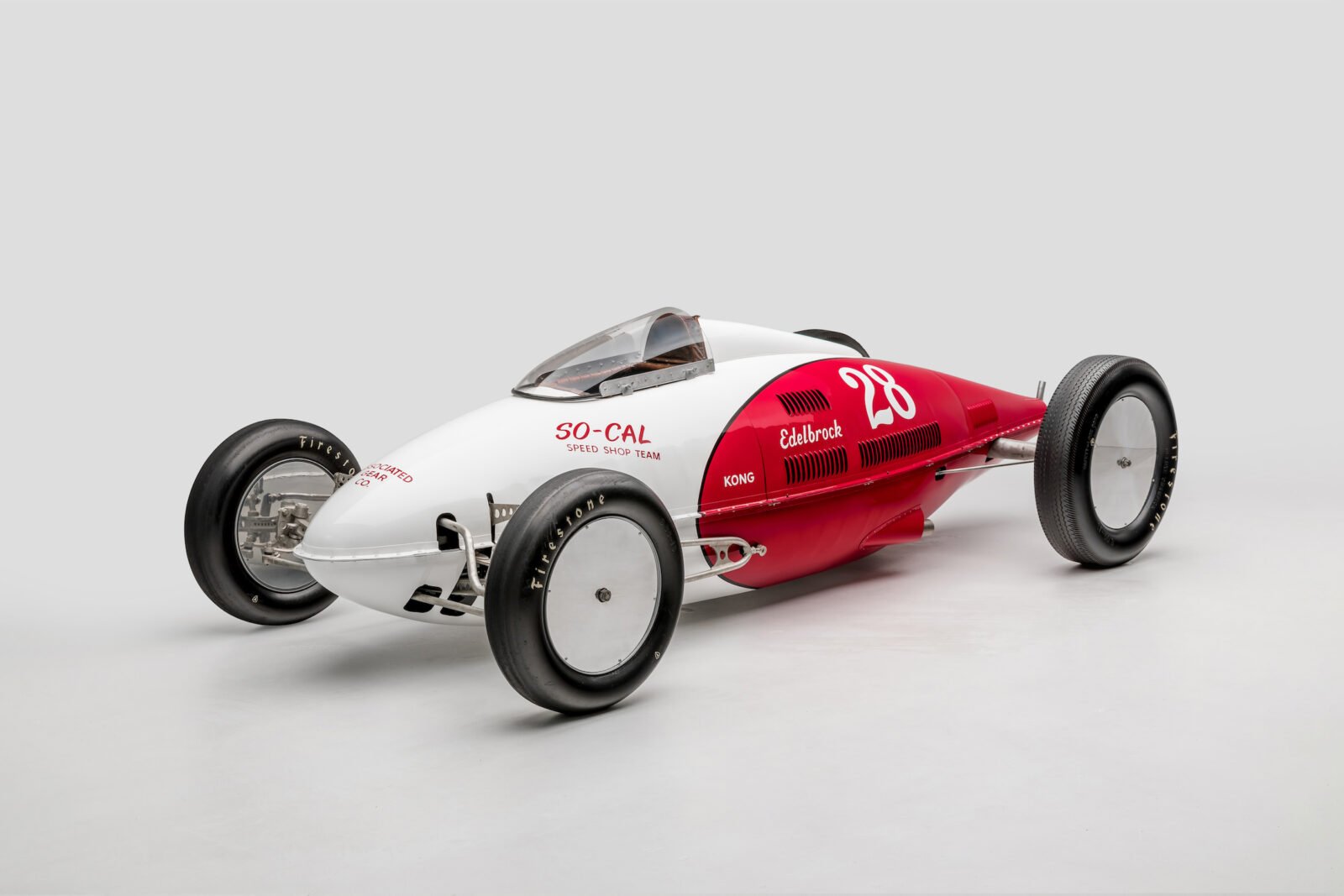 Alex Xydias famously founded the So-Cal Speed Shop on March the 3rd 1946, the same day he left the Army Air Corps where he had served as a B-17 engineer. He borrowed a little money to get the hot rod parts shop off the ground with a small location on Olive Avenue in Burbank, California and then struggled to keep it running for the first year due to low sales – sometimes he took home less than $100 ($1,290 in current USD) a month.

The legend of the So-Cal Speed Shop really began when Alex Xydias paired up with Dean Batchelor and Bill Burke, together the men would develop a series of world-beating cars and would set enough world records to fill even the largest of trophy rooms. 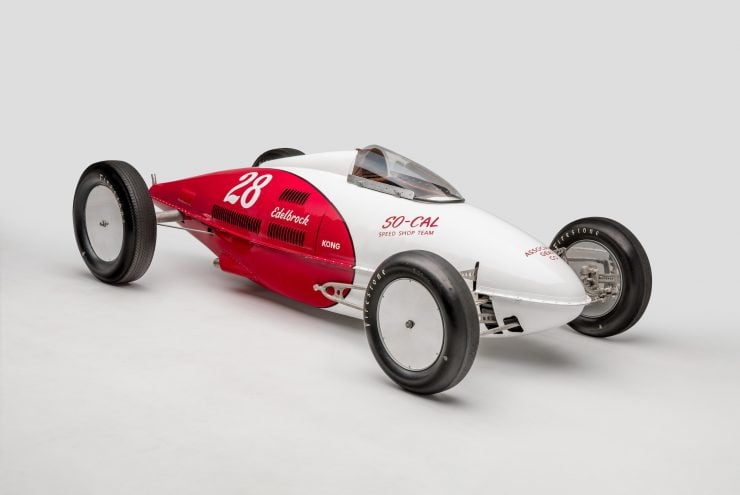 During WW2 many aircraft needed to carry extra fuel in order to cross large sections of the Pacific Ocean and Europe on bombing raids. This extra fuel would often be carried in under-wing tanks, known as belly tanks, that could be jettisoned once empty – they were made of either steel or aluminium alloy and they were carefully shaped to be as aerodynamic as possible.

After the war there were countless tens of thousands of unused belly tanks, they were offered to the general public as military surplus, typically with a price tag of just $5 or so (approximately $64 nowadays).

The idea of building a belly tank racer had first occurred to Bill Burke during the war, he served in the United States Navy and by chance he had seen a barge unloading 165 gallon P-51 tanks at Guadalcanal. He immediately realised how perfect they would be for motor racing, he got a tape measure and calculated whether they’d be able to fit a rudimentary chassis with a Ford Flathead V8 and a driver – the measurements worked out and Bill shelved the idea until after the war.

When Bill went drop tank hunting in California after his discharge from the Navy he built a land speed car from a P-51 tank and managed a best speed of 131.96 mph in it. Once he discovered the larger 315 gallon tanks from the P-38, he shifted his attention to them as they offered more room for the driver, engine, fuel tank, and chassis.

The most famous of these P-38 belly tank lakesters was the car you see here. Constructed in the years shortly after WW2 with the benefit of a few years of development work on other belly tank cars, the So-Cal Speed Shop Special set five records using three different Ford Flathead V8 engines. They managed this by swapping out engines between runs, the best combined speed was 198.340 mph in 1952. 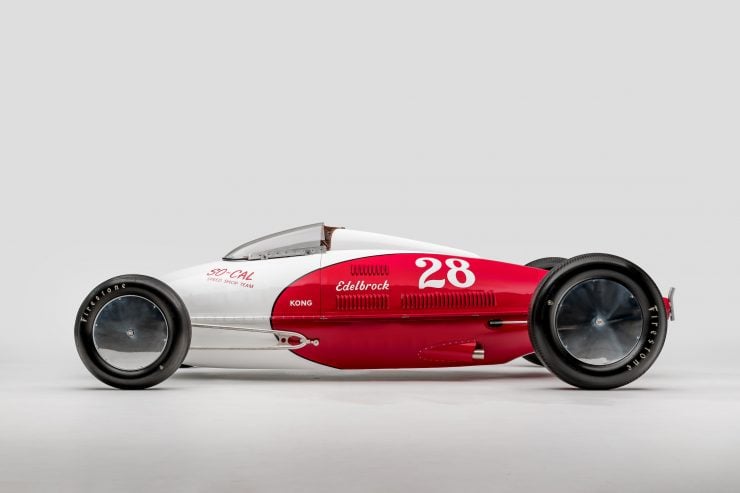 Crash protection was essentially non-existent in most lakesters, the So-Cal Speed Shop Special has little-to-no roll over protection and the driver’s seat back sits flush against the centrally mounted fuel tank, with his feet in the car’s nose, his hips nestled snugly between the frame rails, and his rear end on a thinly upholstered seat a few inches off the salt – salt that would be passing at almost 200 mph on most high speed runs.

The So-Cal Team was voted the Number One Racing Team in 1952 by Mechanix Illustrated magazine, over the intervening decades this car would become one of the most famous (if not the most famous outright) of all the belly tank lakesters. Whereas many of these original cars were scrapped in the 1950s and ’60s the So-Cal Special has survived, thankfully it’s been preserved as a prized member of the Bruce Meyer Collection.

Bruce is a California-based car aficionado who has spent decades painstakingly collecting cars of major historical significance, he prefers to be called an enthusiast rather than a collector, and he only acquires cars of substantial importance and emotional impact to keep them safe for future generations.

If you’d like to see his collection it’s currently being displayed at the world-famous Petersen Automotive Museum in LA, you can click here to learn more or buy tickets. 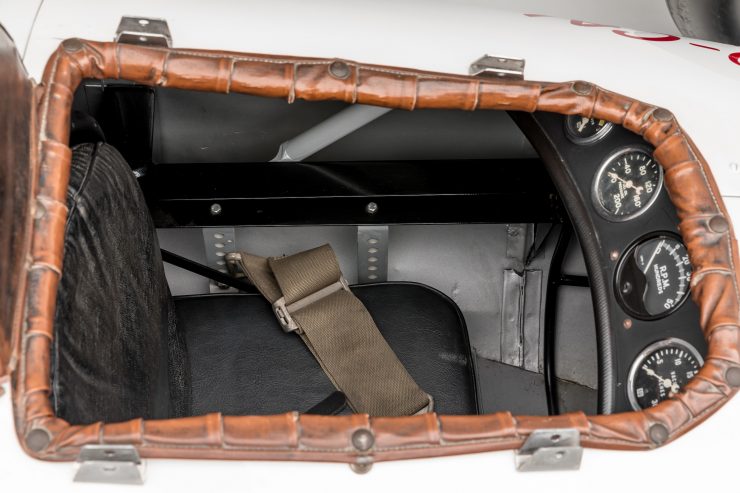 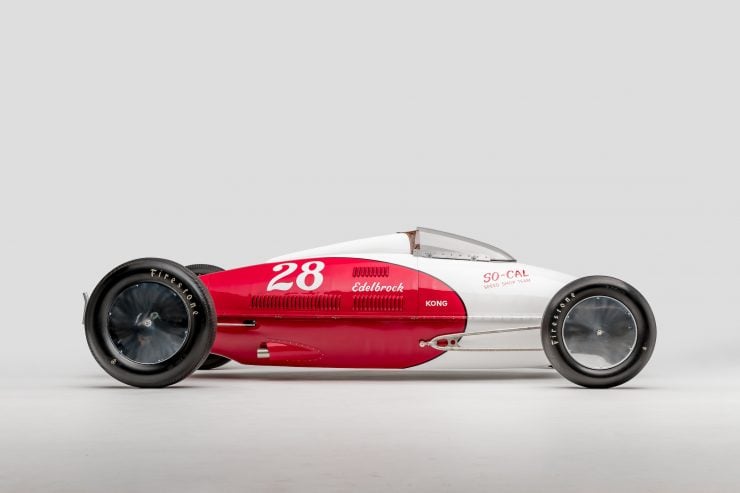 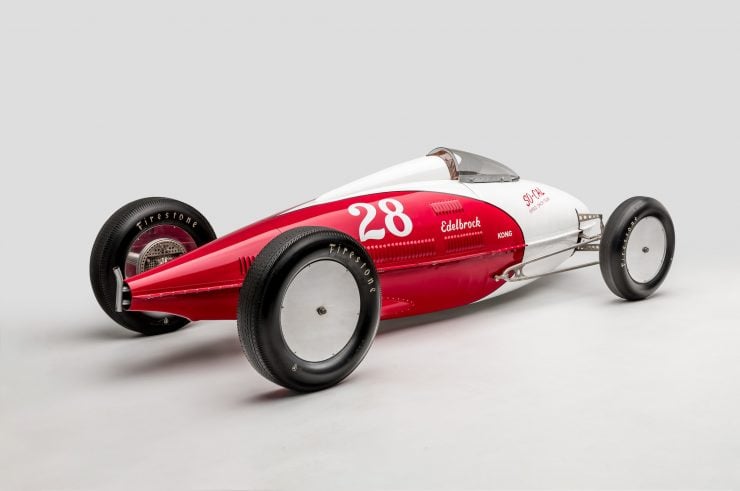 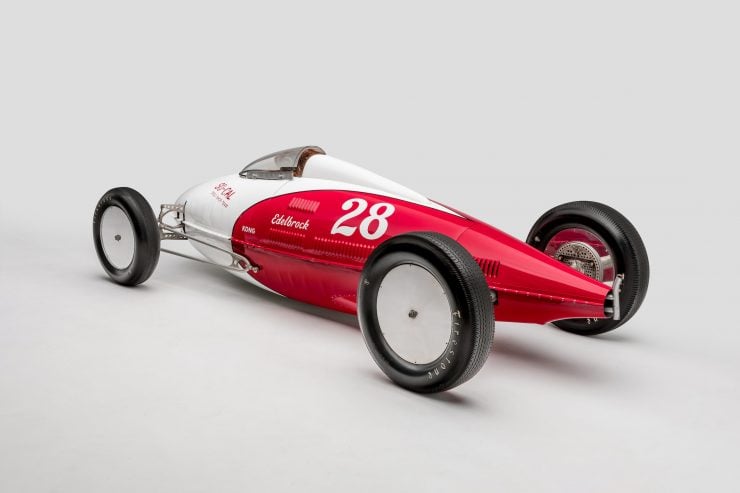 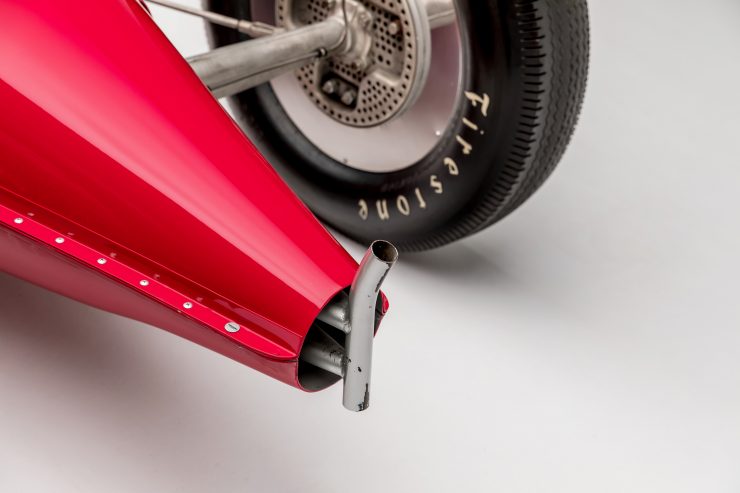 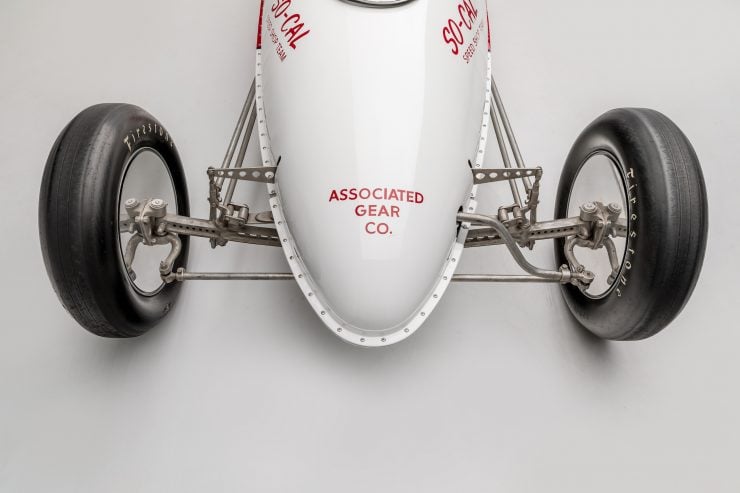 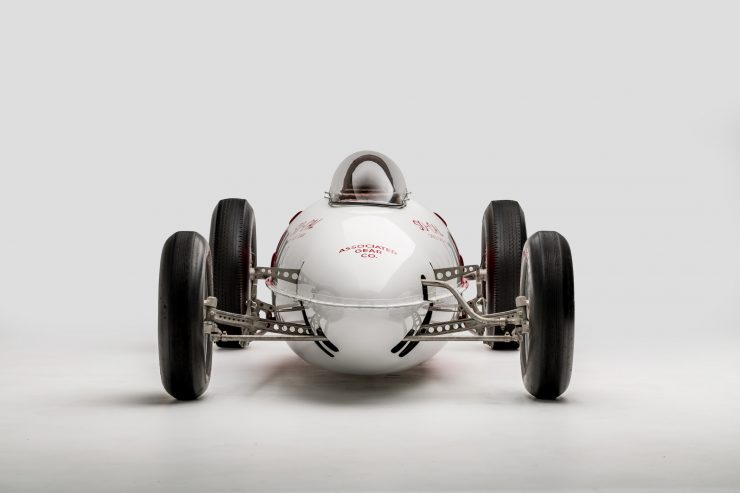 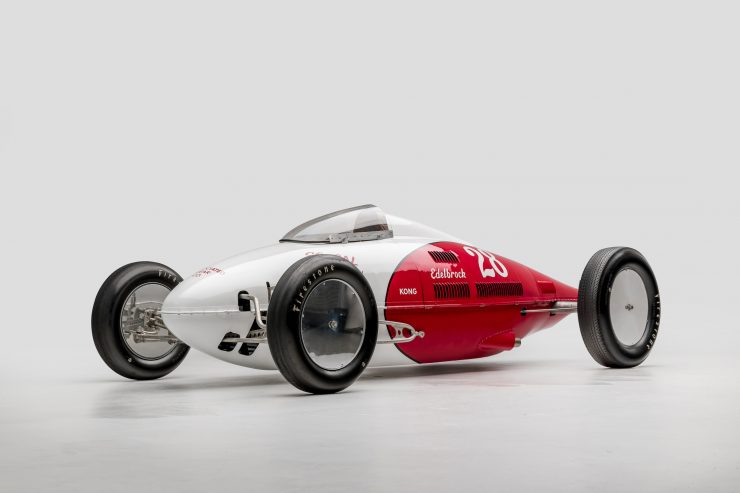 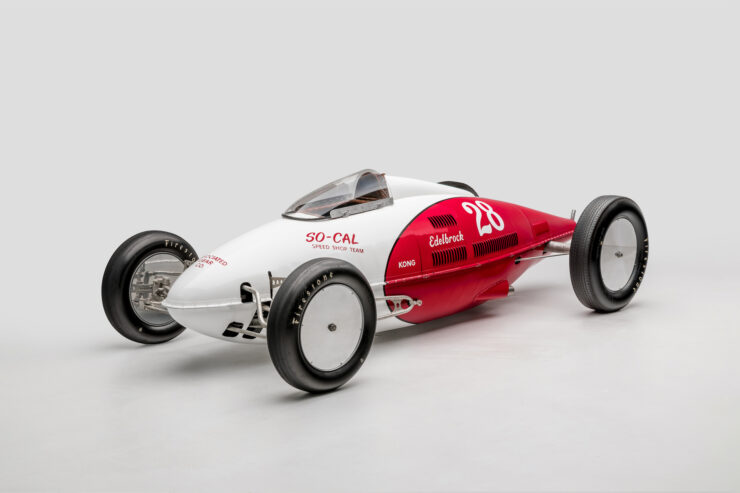 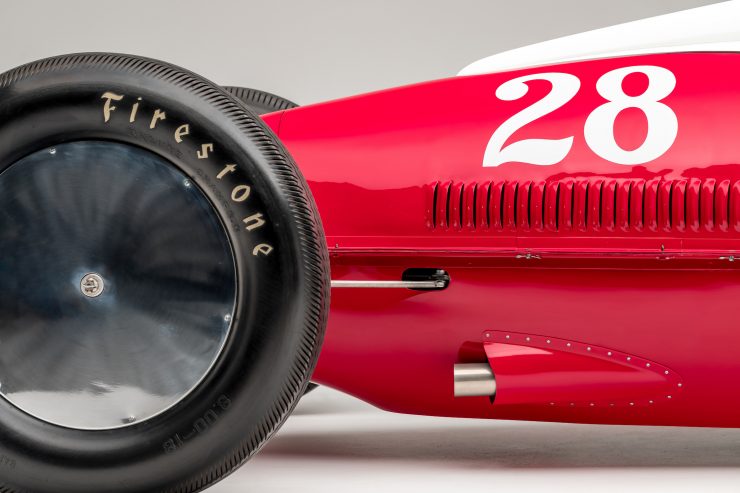 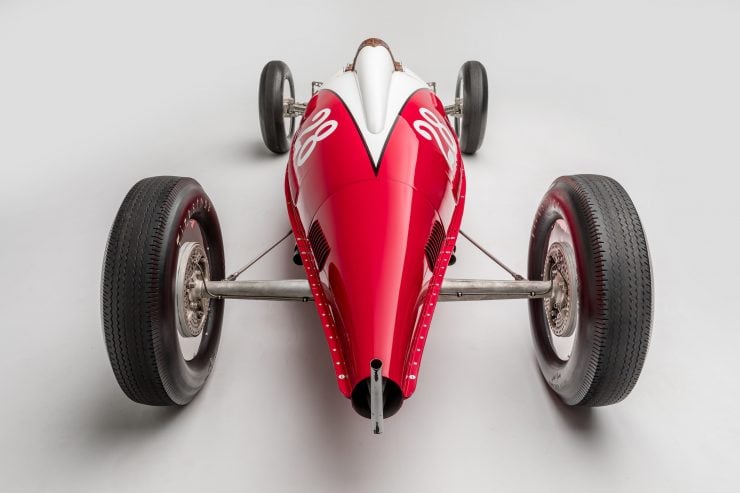 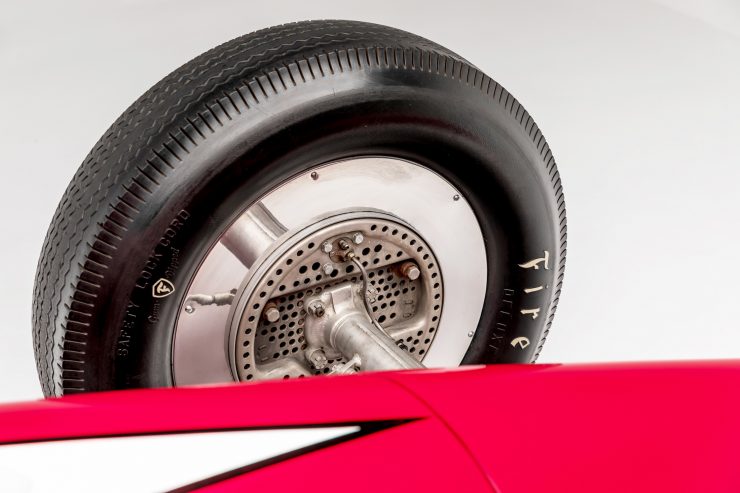 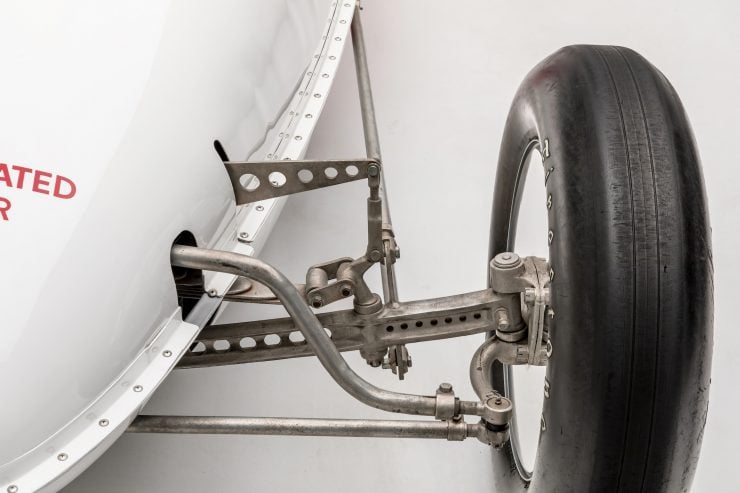 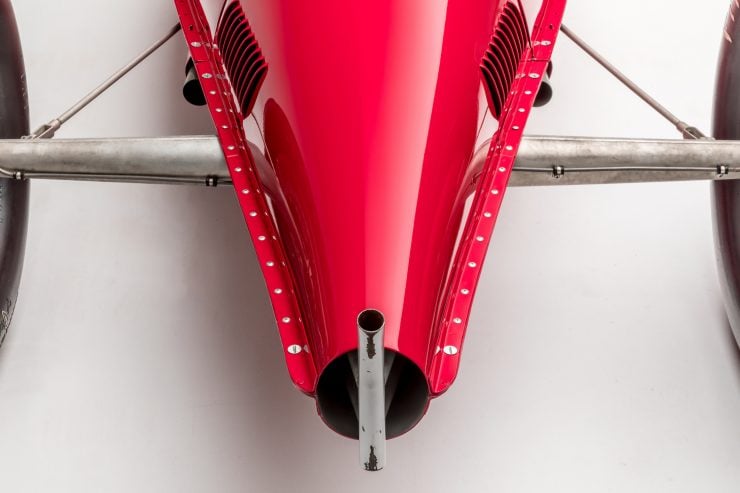 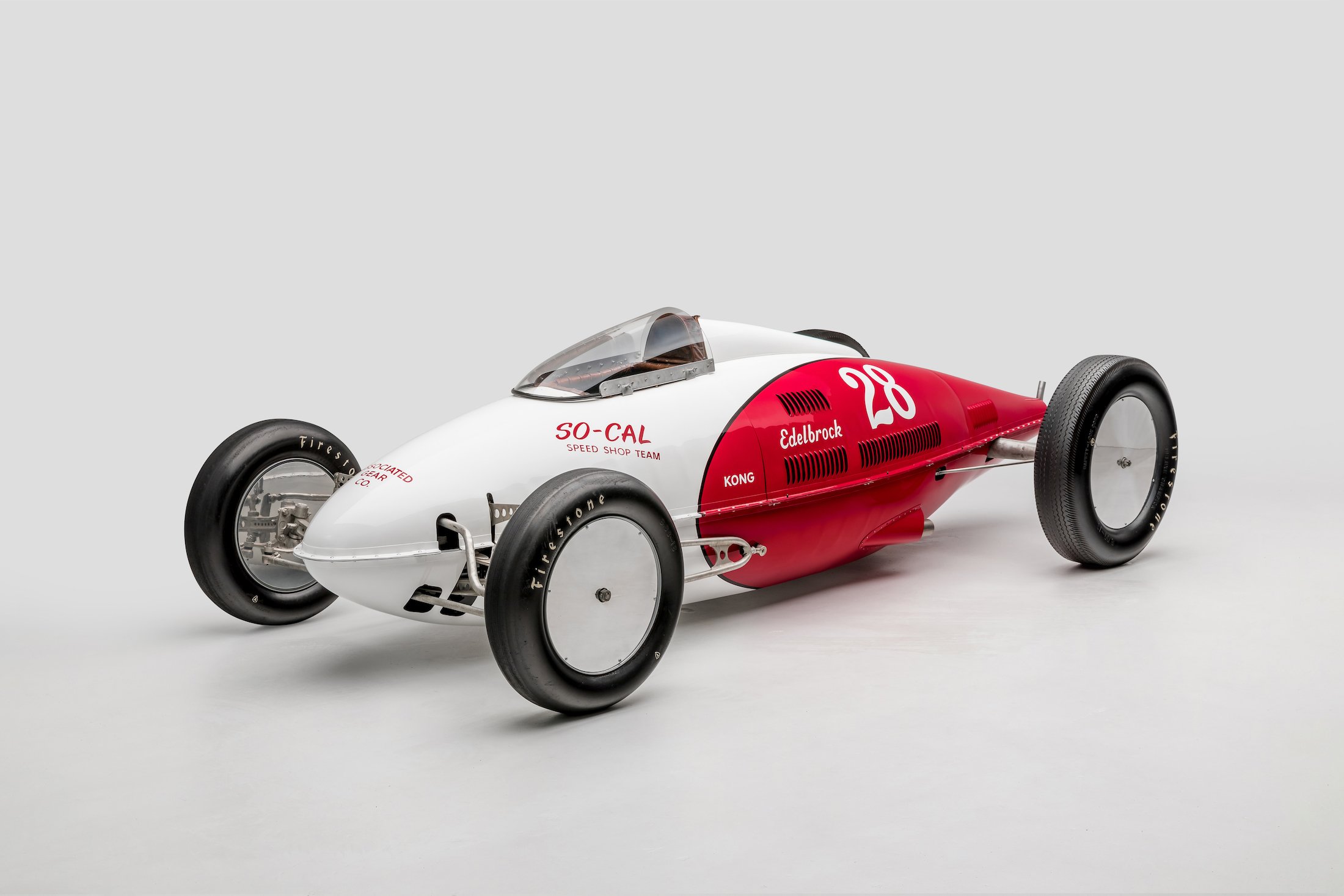