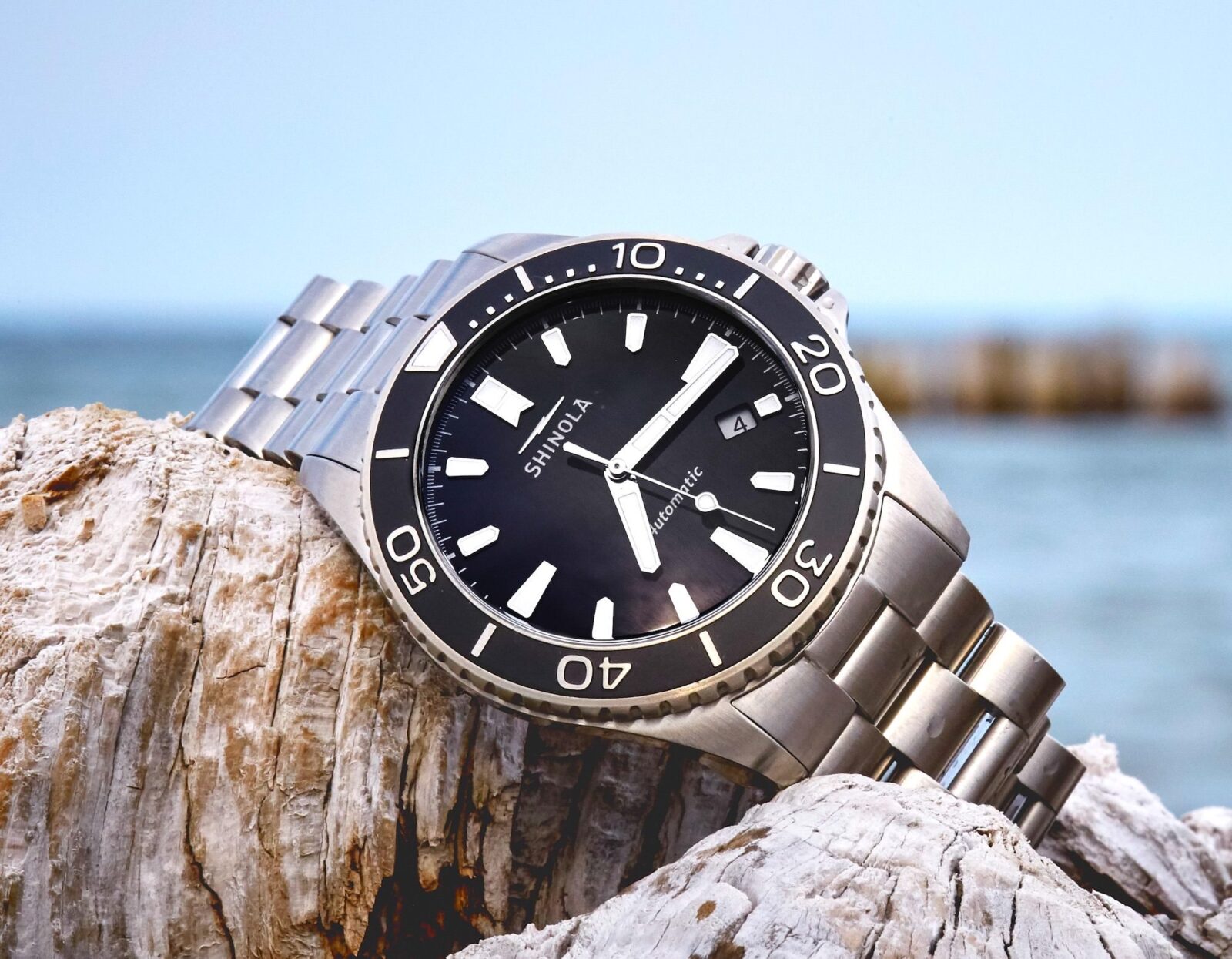 This is the new Shinola Monster Automatic, it’s a full-featured dive watch assembled in the United States and powered by a Swiss-made automatic movement.

Shinola was founded in Detroit back in 2011 to see if they could begin to reverse the trend of companies leaving the area after shipping jobs overseas. Today the company has over 500 employees and it operates an in-house watch and leather factory on the fifth floor of the historic Argonaut Building in the city.

All of the watches made by Shinola are designed and assembled in Detroit after globally sourcing components that aren’t made in-house – like the movements. Many of the early designs from the company used reliable and affordable battery-powered quartz movements as it helped keep the watches at a price point everyone can afford, it also helped the company grow quickly and employ more locals.

The Shinola Monster Automatic makes use of the more advanced Swiss Sellita automatic movement, meaning it’s purely mechanical and it winds itself automatically from the regular daily movement of your wrist.

This movement has a 38 hour power reserve, and it’s installed into the watch under a domed sapphire glass crystal with an anti-reflective coating. The face of the watch uses Super-LumiNova lume on indices and hands to keep it legible at night and in low light, and it has a screw-down crown, dive timer bezel.

As you would expect from a drive watch it’s water-resistant down to 1,000 feet or over 300 meters, it has a face designed to be easy to read in poor visibility, and it has a date window at the four o’clock position.

The watch is being offered in five colorways with either a stainless steel or rubber strap depending on the model you choose. All of the watches have a stainless steel case and they come with a deluxe steel storage box inspired by nautical tackle boxes.

As an automatic this watch is covered by Shinola’s Automatic Watch Limited Lifetime Warranty, you just need to register it with them when you take delivery. The pricing starts at $1,250 USD however supply is very limited, with Huckberry having only a few left in stock at the time of writing. 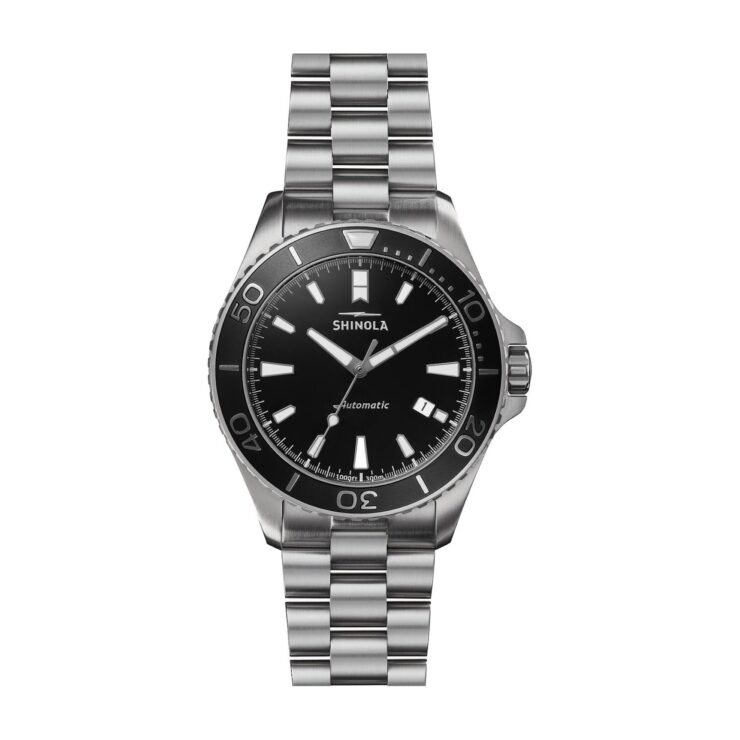 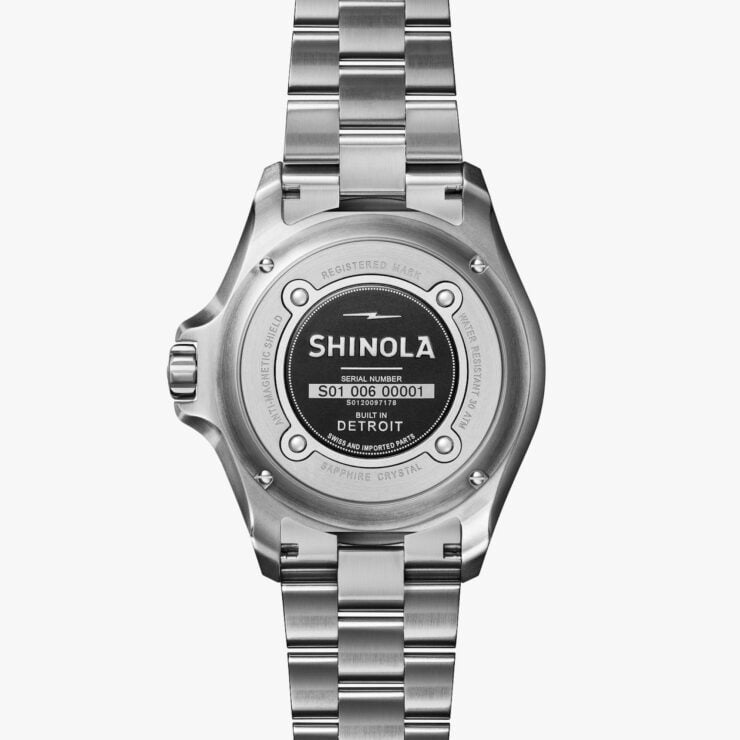 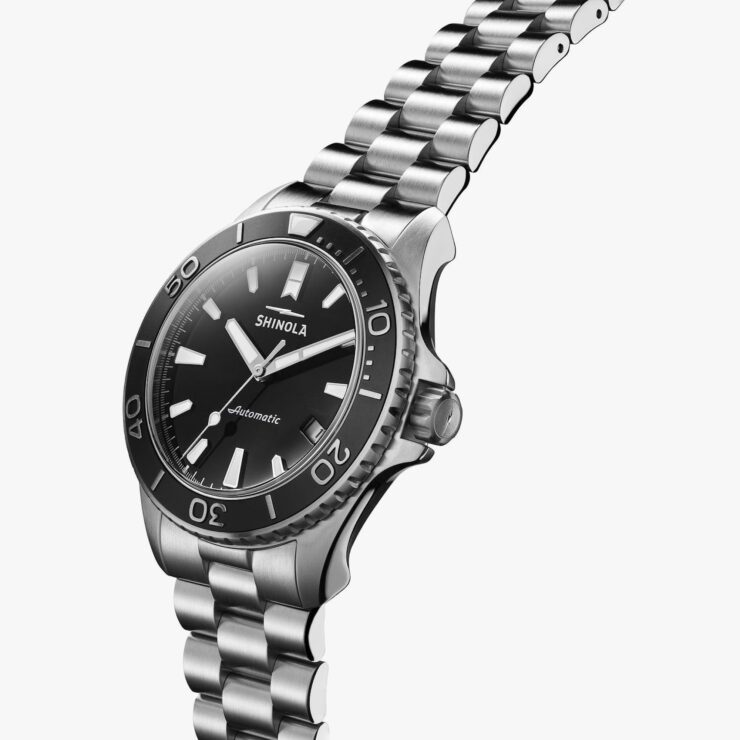 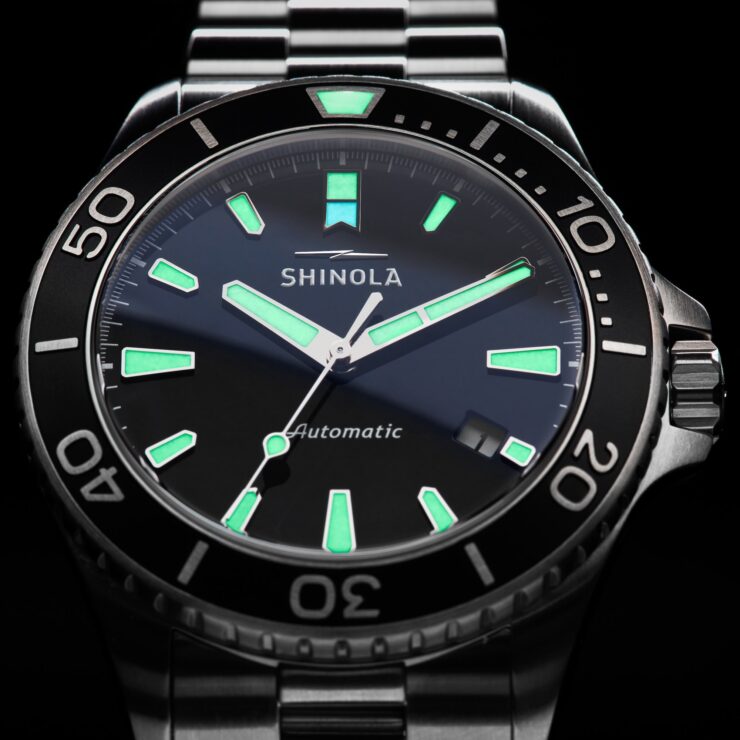 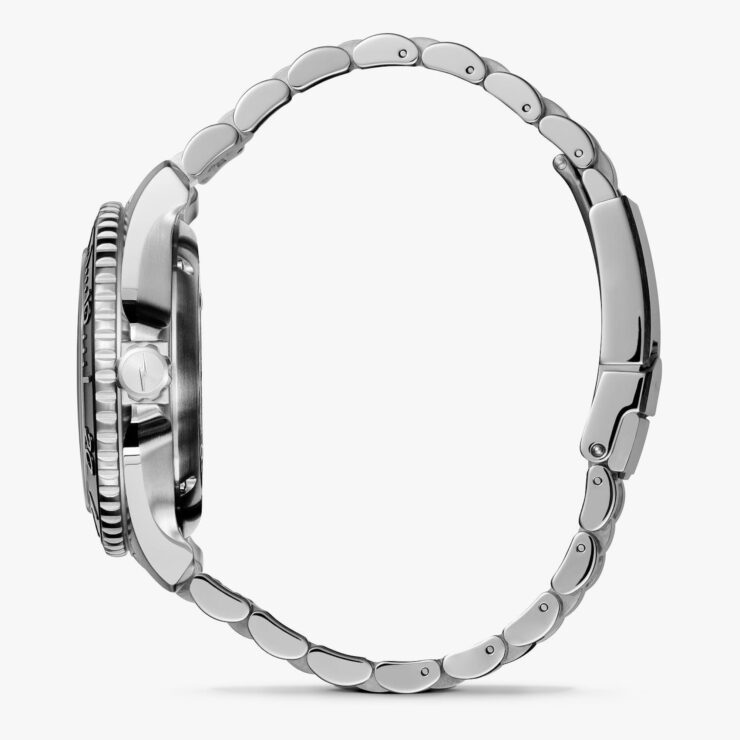