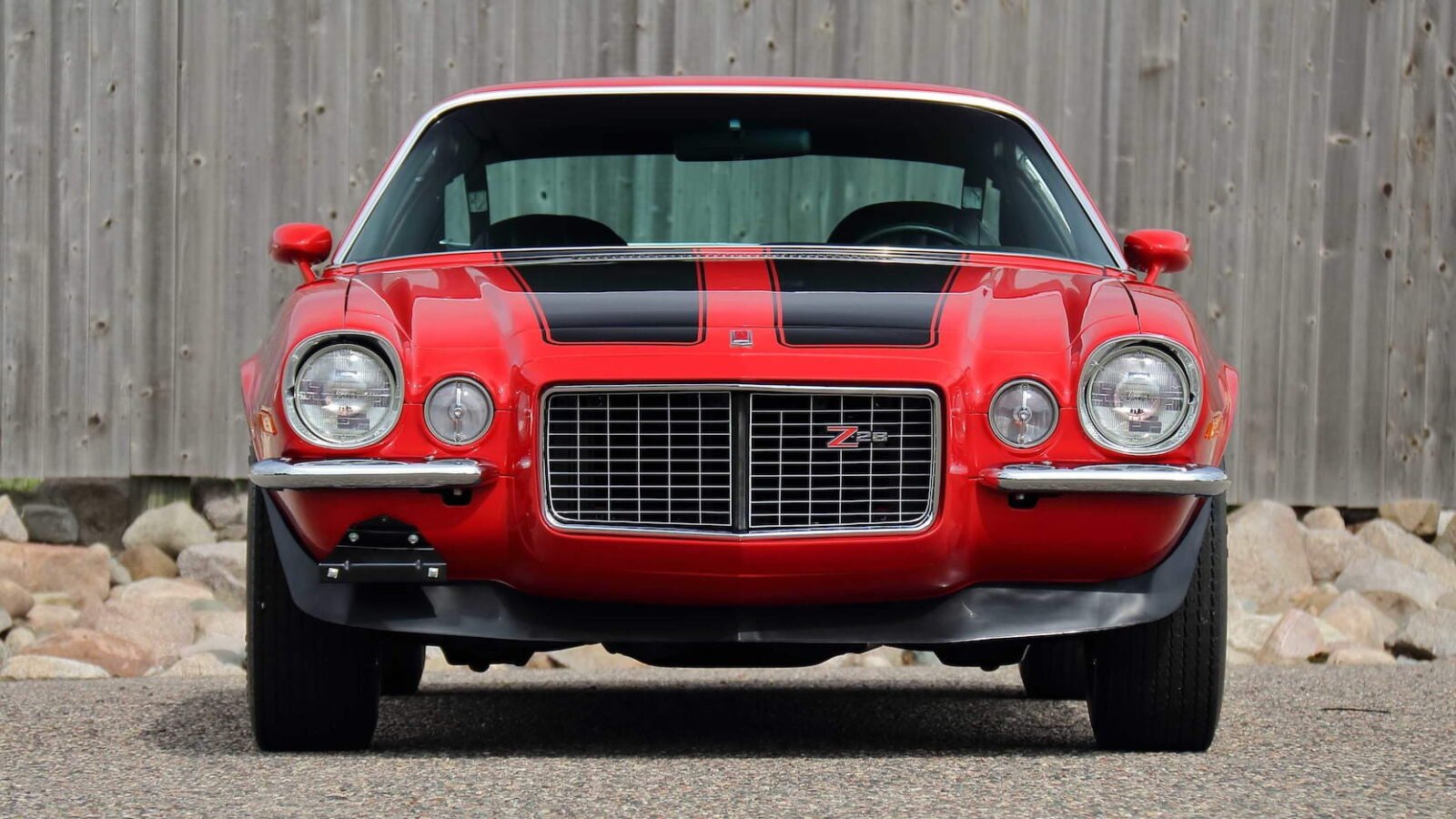 The Chevrolet Camaro Z/28 was developed as a high performance package for the Camaro that would allow Chevrolet to go racing in the Trans Am series created by the Sports Car Club of America (SCCA).

Ford had enjoyed much success with the Shelby Mustang GT350 in the Trans Am series, winning it in 1967, and the executives at Chevrolet knew they needed to take on the Mustang and beat it.

The Camaro had been released in 1966 as a direct answer to the Ford Mustang which had founded the “pony car” market segment and enjoyed blistering sales success as a result. The Mustang had first appeared in 1964 and Chevrolet immediately got to work on a competitor, this resulted in the first generation Camaro appearing in ’66 which enjoyed solid sales of approximately 250,000 units a year for the ’67, ’68, and ’69 model years. 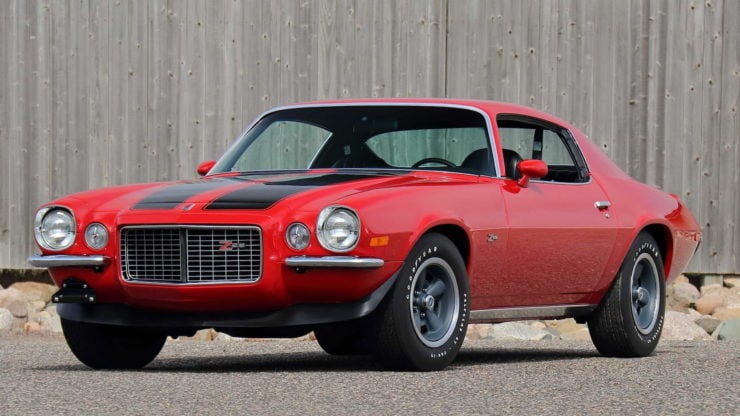 The Z/28 Camaro was created specifically for racing in the Trans Am series to take the fight to the Mustang. The biggest issue Chevrolet engineers faced was the lack of a suitable engine, under SCCA rules the engine had to be 305 cubic inches or smaller in size and Chevrolet didn’t have a suitable V8.

Chevrolet engineer Vince Piggins managed to create a new engine by combining parts that were already in production. He took a 327 cu. in. V8 engine block and fitted it with a crankshaft from a 283 cu. in. V8 making a stroker engine. With a 4 inch cylinder bore and appropriate length connecting rods this new engine had a displacement of 302.4 cu. in – fitting neatly under the SCCA limit of 305.

Roger Penske Racing took the new Z/28 Camaro racing in 1968 with Mark Donohue at the wheel, they won the Trans Am championship in 1968 and 1969 which skyrocketed the Camaro to the top of the list for many new car buyers and subsequently helped Camaro sales figures. 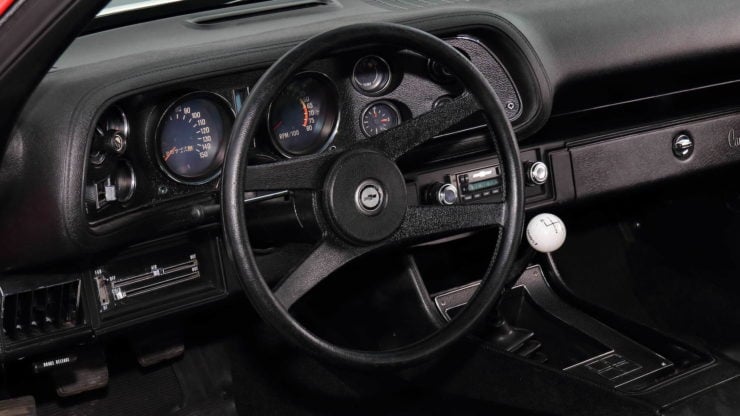 For the 1970 model year Chevrolet released the second generation Camaro, this was a comprehensively updated design that incorporated many of the lessons learned in Trans Am racing.

The new Camaro was longer, lower, and wider than the first generation Camaro, handling had been improved and in 1971 writers at Road & Track Magazine picked the 1971 Camaro SS350 as one of the 10 best cars in the world.

SCCA regulations were no longer a concern with the second generation Camaro so Chevrolet fitted the new Z/28 with the 350 cu. in. V8 tuned to produce 360 hp. Although the new Camaro proved popular its days were numbered by the coming 1973 Oil Crisis as well as increasingly stringent emissions regulations and new federal safety laws. 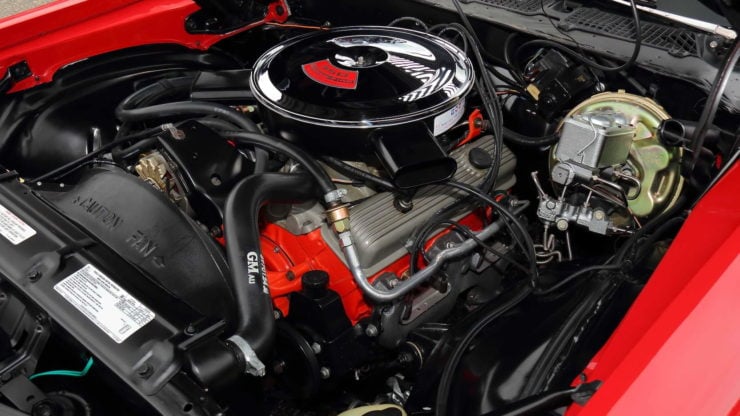 The Z/28 Chevrolet Camaro you see here is a 1971 rare split bumper model, it was originally sold at Scuncio Chevrolet, Inc. in Greenville, Rhode Island and it still has its matching numbers original 350 V8 fitted.

The car benefits from a nut and bolt rotisserie restoration and it has a highly detailed underbody and engine compartment – a testament to the attention to detail paid during the restoration.

The car is finished in cranberry red with a black interior and you can click here if you’d like to read more about it or register to bid. 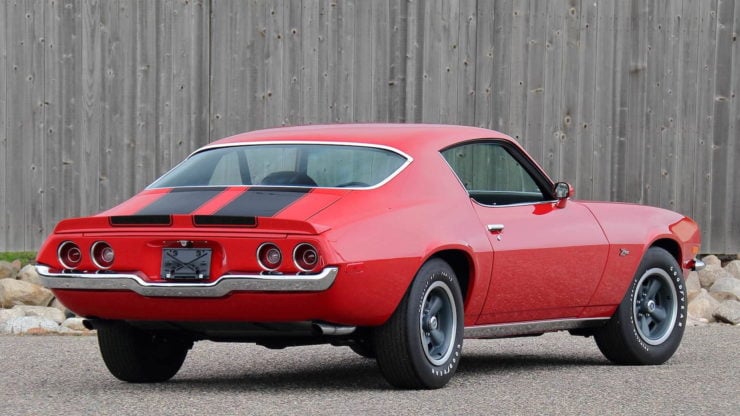 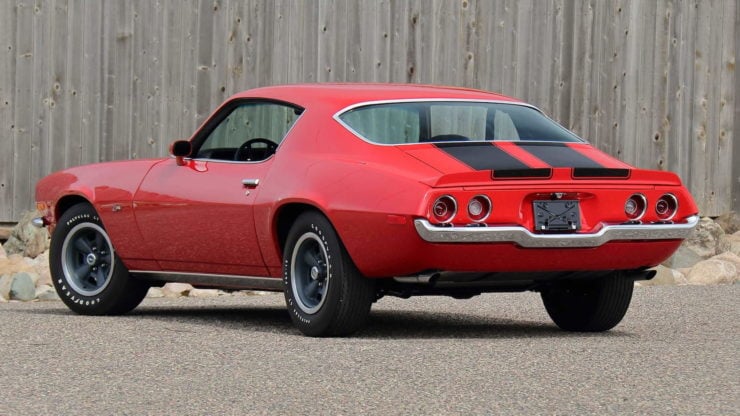 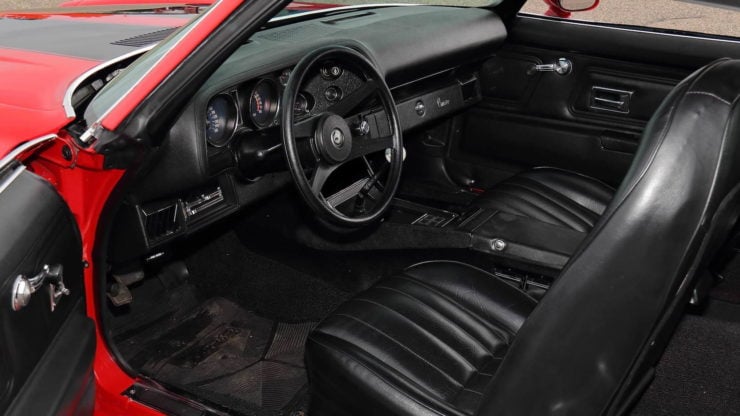 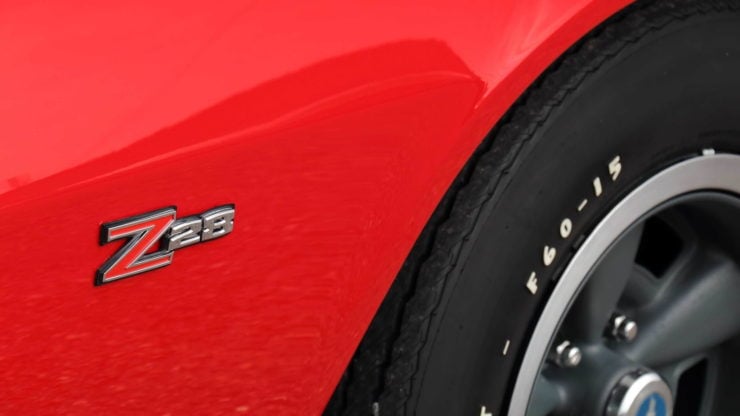 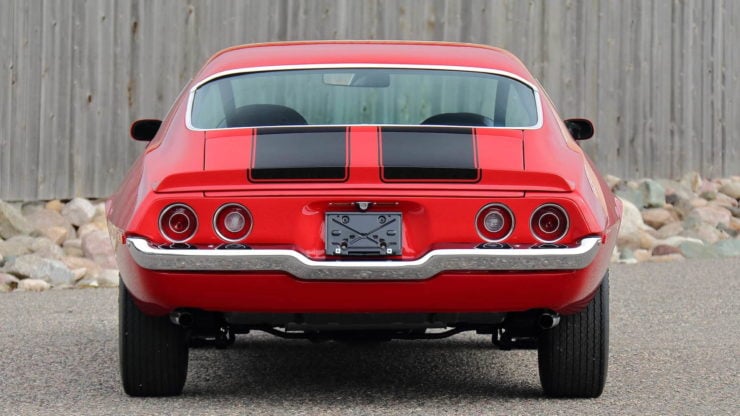 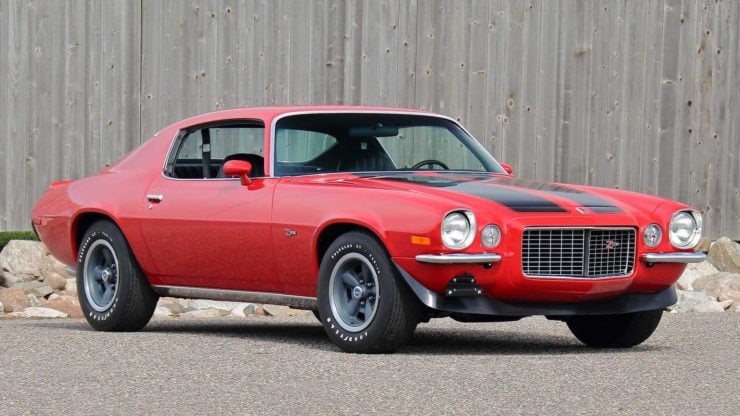 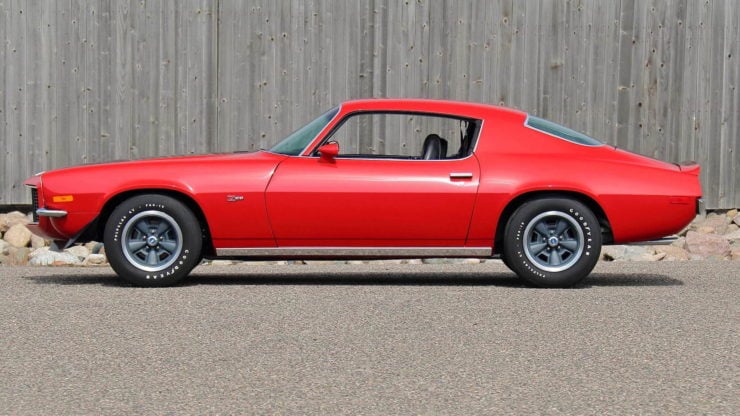 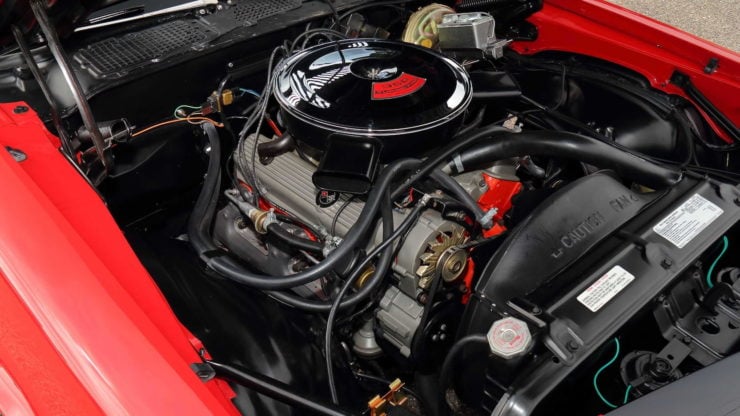 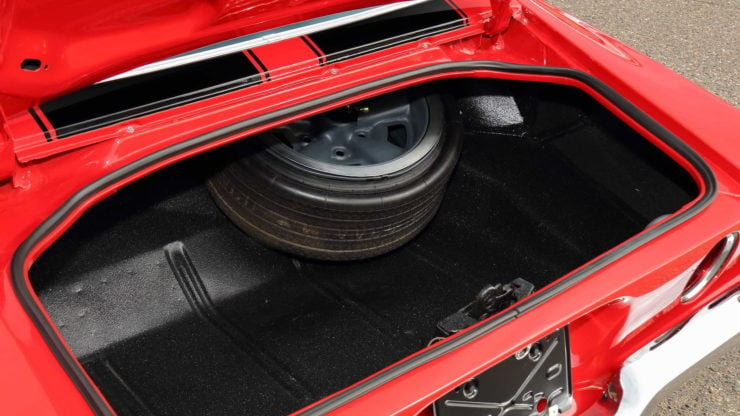 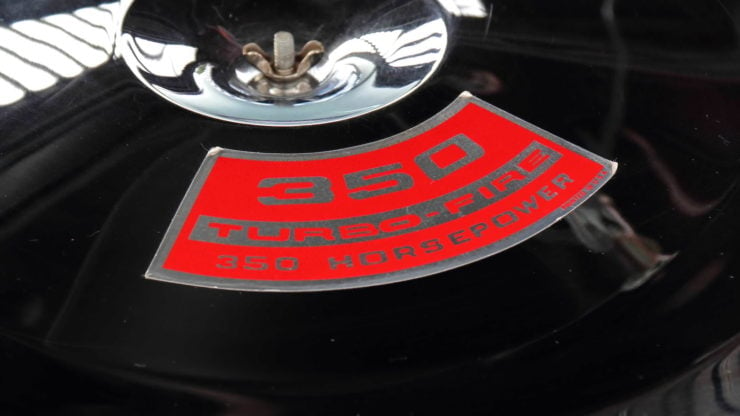 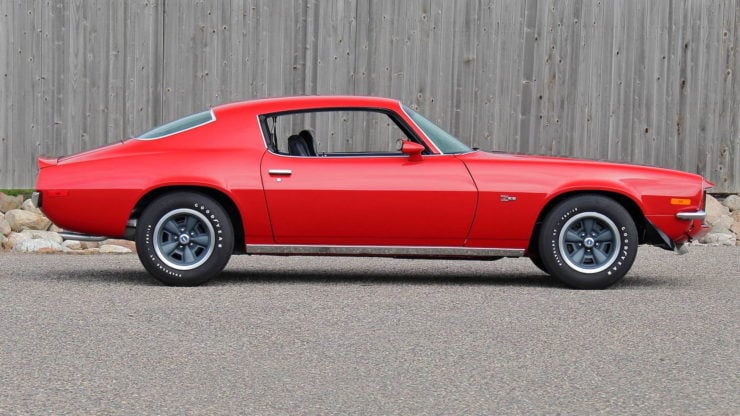 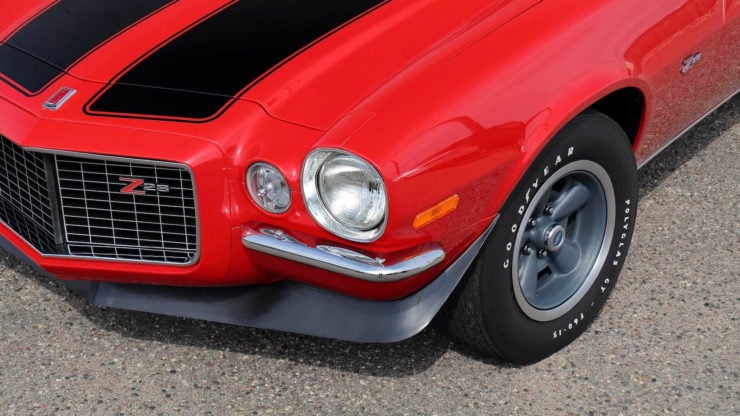 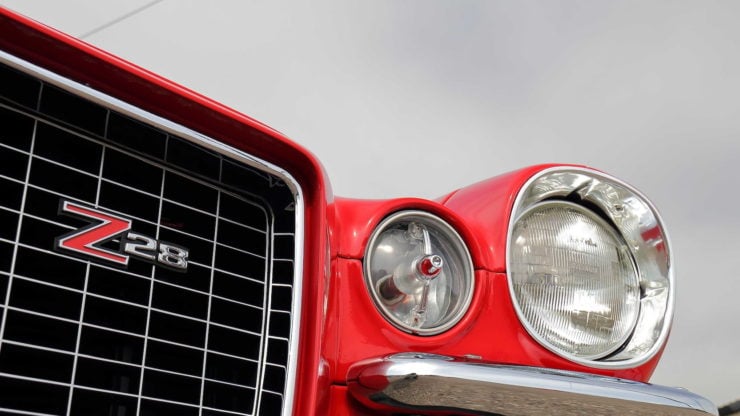 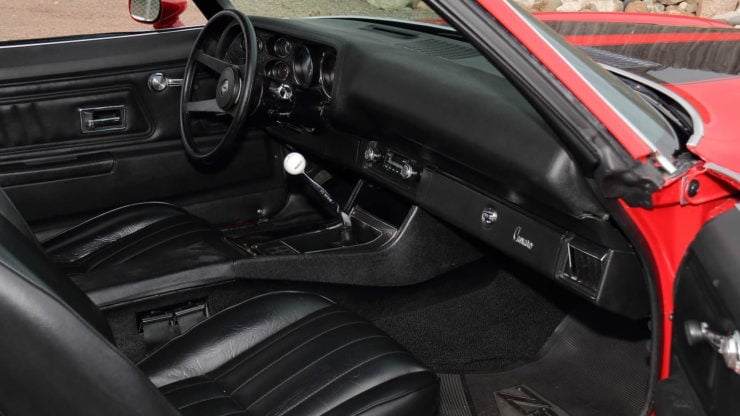 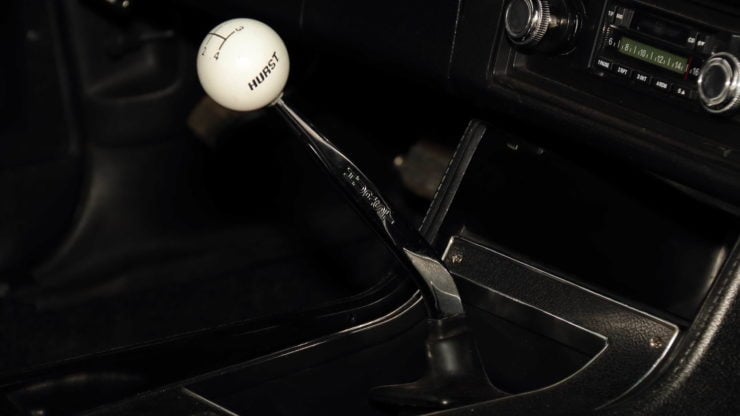 A Gas Turbine or a V8? The story of the development of the Rover V8 engine begins with a dream that became a failed dream. Once upon a time in England’s green and pleasant land…