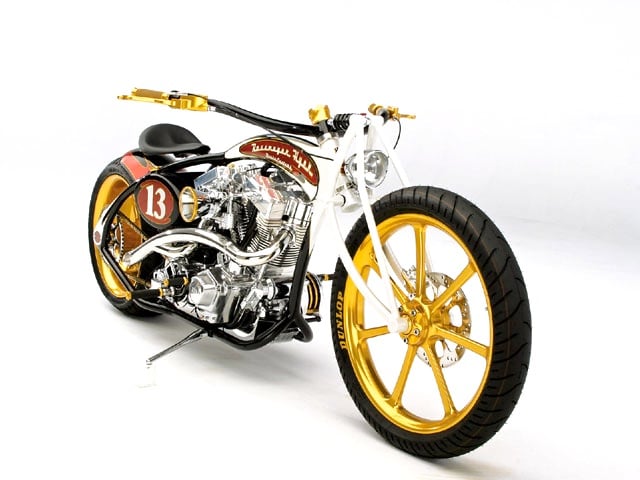 There’s something about totally unusual custom motorcycles that I just love, I probably wouldn’t want to ride long distance on a bike like this or take it out for a day at the race track but from a purely aesthetic standpoint, it’s fascinating.

The Rossmeyer Flyer was built by Jesse Rooke for Bruce Rossmeyer, a very well-known Harley-Davidson dealership owner, the bike itself is a classic Rooke design with elements of board-tracker, chopper and beach cruiser all integrated without any one element overpowering the design. 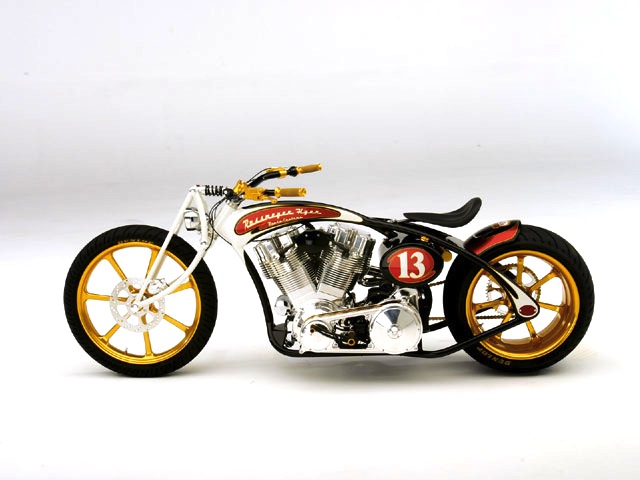 You might notice when looking at the bike from the top down that the fuel tank is actually just a thin piece of 2 dimensional metal, the actual fuel (and oil) is stored inside the #13, it contains a 4 quart oil tank and a 2.8 gallon fuel tank which can run the bike for about 100 miles when full.

Rooke decided to use a Harley-Davidson 120ci Twin Cam Evo engine, it would have been a crime not to when building a bike for a Harley dealership owner, and mated it to a Baker right-side drive, six-speed transmission. The engine was then finished off with a Mikuni carburettor and a Rooke Customs 2-into-2 stainless steel exhaust system.

A total of 3 identical Rossmeyer Flyers were built, 2 of them were sold through Bruce Rossmeyer’s Daytona Harley dealership and the 3rd was kept for Bruce’s personal collection. 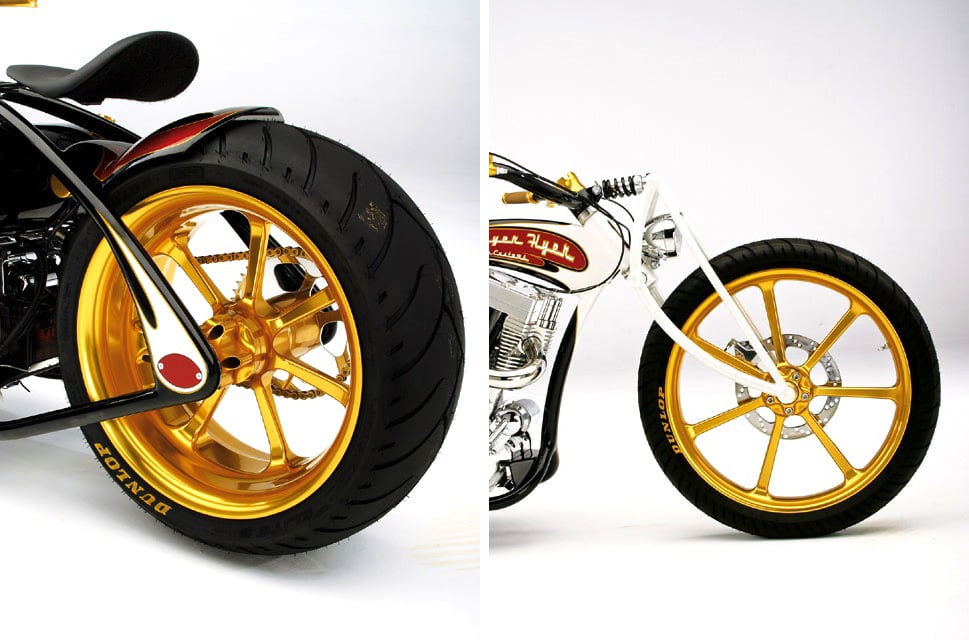