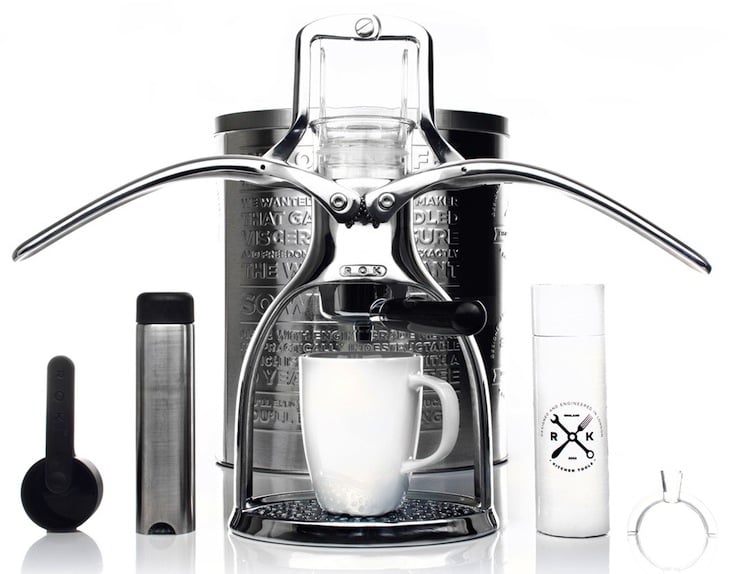 The ROK Manual Espresso Maker is an entirely electricity free method of creating a proper espresso, the two handles are used to apply pressure to hot water in the upper container, this water is then forced through the coffee in the handle. Any decent barista will tell you that when it comes to espresso, pressure is everything – so the ROK looks like a very promising invention. Especially when you consider the low $199 price tag.

The official ROK website has sold out of the espresso makers so I did a bit of hunting around and found a store on Amazon that still has a few in stock, if you want one, you might want to act fast. 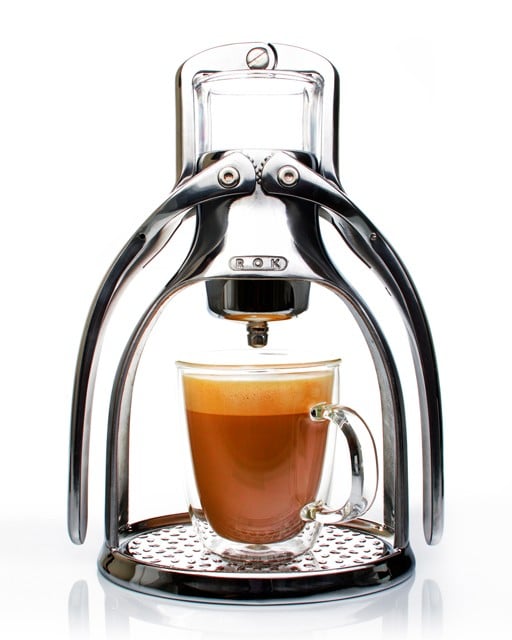 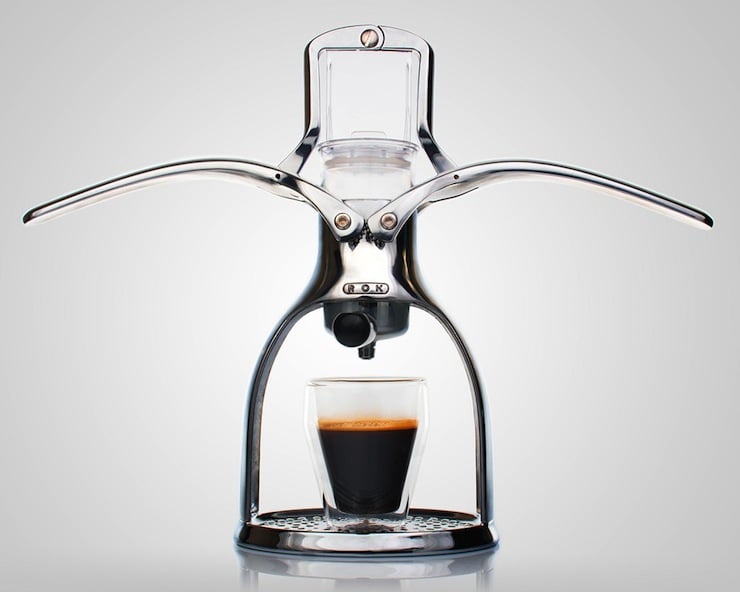 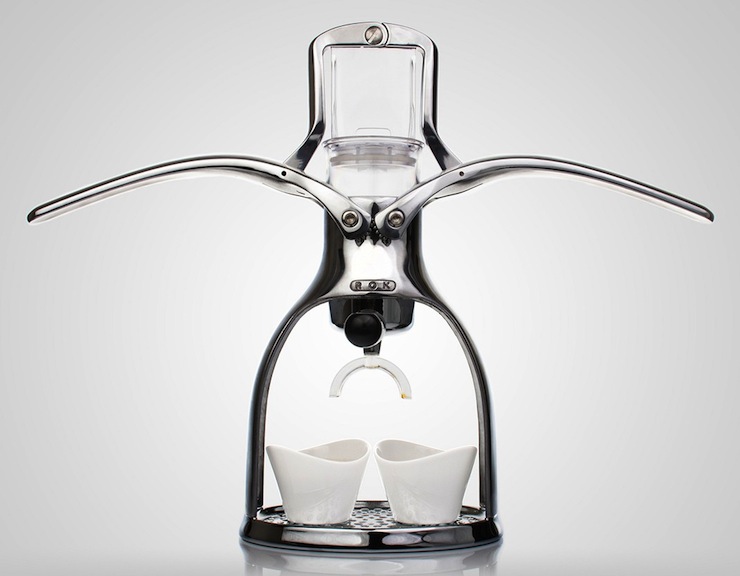