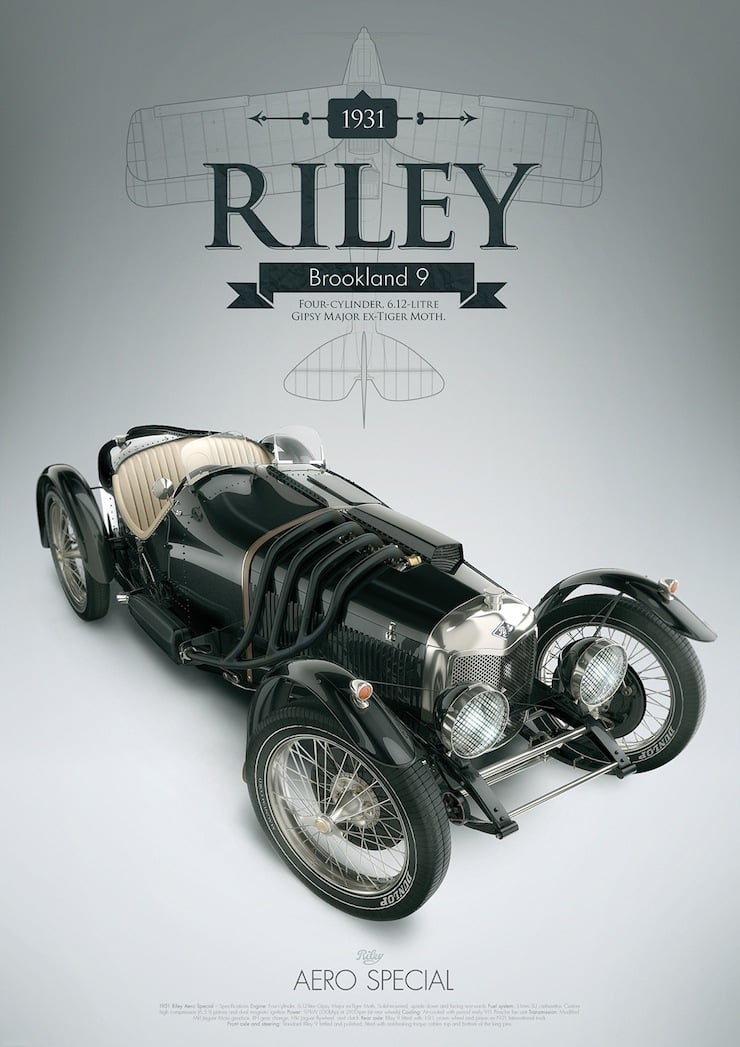 Update: This thing is real. The 3D model is based on a real car by a guy I haven’t been able to contact. Read more here.

This is the Riley Aero Special, it’s a creation from the talented mind of Polish designer Marcin Przybys and sadly, it’s not real. It’s a design experiment that involved Marcin dropping a de Havilland Gipsy Major engine from a Tiger Moth biplane into a Riley automobile and it’s left me wanting to have a drive. Even though I can’t. Until 3D printers get far, far more advanced.

The de Havilland Gipsy Major engine was a remarkable piece of engineering, it was designed to be mounted and used upside down, that is with the crankcase at the top, this was meant to keep the majority of the engine out of the pilot’s line of sight. The downside to the design was the amount of oil the engines tended to burn through, I’ve heard that it consumed as many as 4 pints (2 litres) of oil per hour. This became less of a problem as engine technology advanced and as better piston rings were implemented.

In the Riley, the engine has been mounted upside down – that is, the pistons are at the top and the crankcase is at the bottom. It’s also been placed back to front to allow the engine to send its power rearward to the transmission instead of forward to the propeller.

This model is fitted with a Mk I Jaguar Moss gearbox, clutch and flywheel as well as a 51mm SU carburettor. The Gipsy Major engine has a capacity of 6.12 litres (374 cubic inches) and a total weight of 330 pounds – which is actually pretty light for an engine of that size. It’s said to produce 130hp (no torque measurements are readily available). 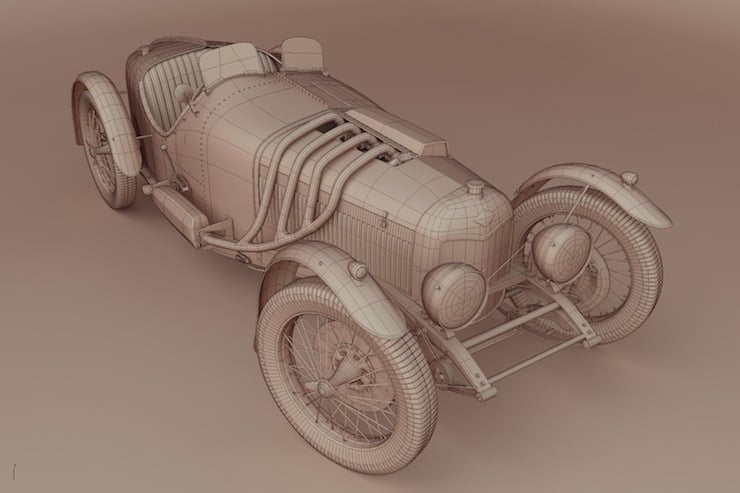 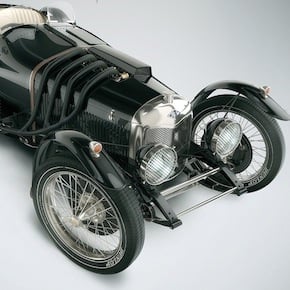