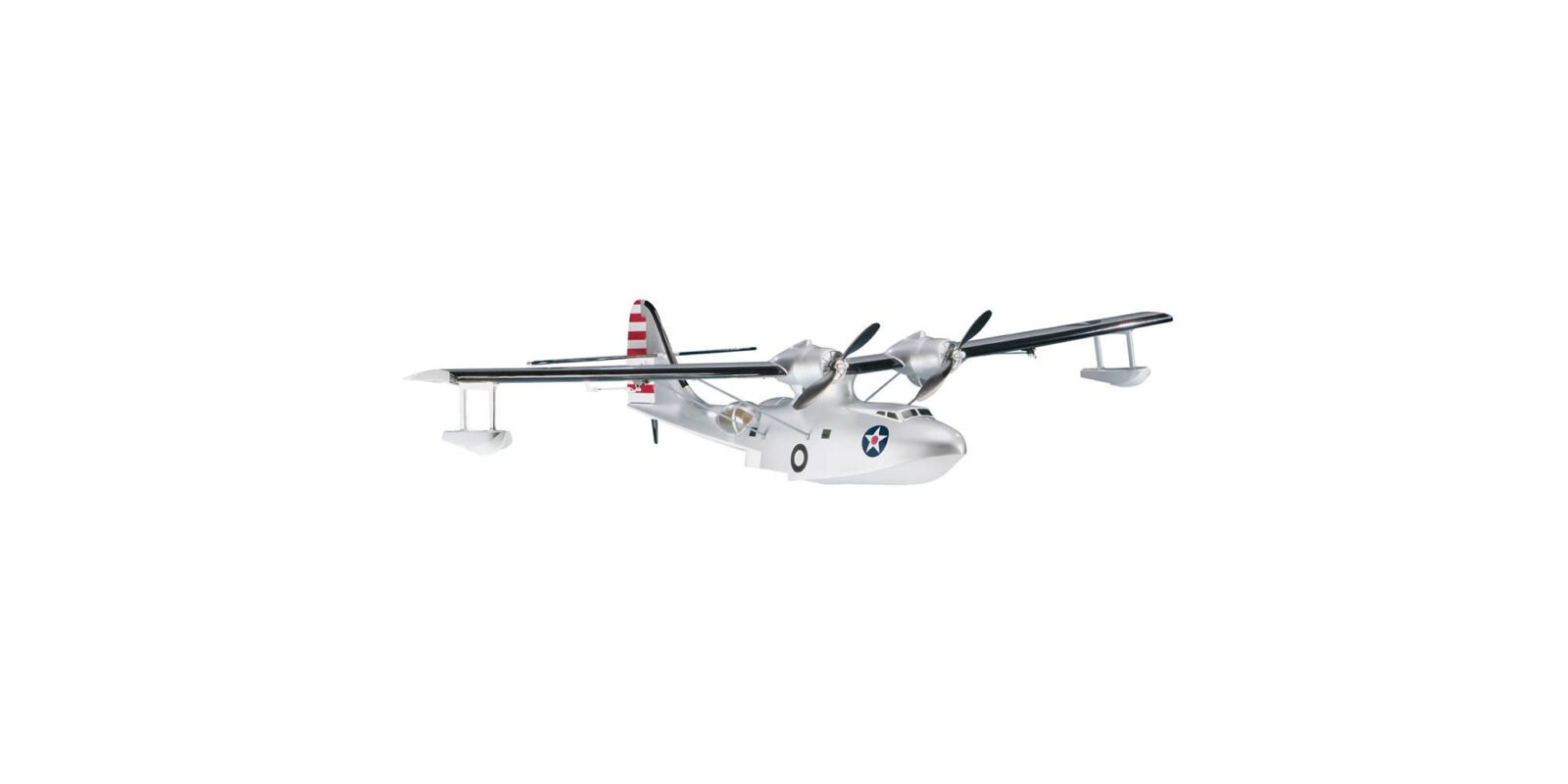 The PBY Catalina one of the most famous seaplanes in history, over 3,300 were built between 1936 and 1957, and many of them saw active duty during the Second World War. So versatile was the Catalina that they served every branch of the United States Armed Forces, and were used extensively by the armed services of many other nations.

The key to the success of the PBY Catalina was the fact that they could land on either land or water (thanks to retractible landing gear), carry up to 28 passengers or thousands of pounds of bombs/payload, fly at 15,000 ft, with the longest non-stop flight recorded at a remarkable 31 hrs 45 min.

This kit-built PBY Catalina from Great Planes has a 53.5″ wingspan, it’s powered by twin brushless electric motors connected to a 11.1V 2100mAh LiPo battery pack stored within the fuselage.

Great Planes developed the kit to be “almost” ready to fly, it requires about 10 hours of work to finish it off – the fiberglass fuselage is finished, the wood wings and tail are covered, and the molded ABS wingtip floats are ready to attach.

There are very few R/C planes that can take off and land on water, a significant benefit for first time R/C plane pilots as any crashes only result in a floating upside down plane – not a plane smashed into the asphalt.

Tower Hobbies offer the PBY Catalina in two forms, you can either buy the basic kit, or the combo kit that includes all the required motors, batteries, servos etc. If you’d like to see the plane in action there’s a video below – it’s remarkable how short the take off and landing distances are. 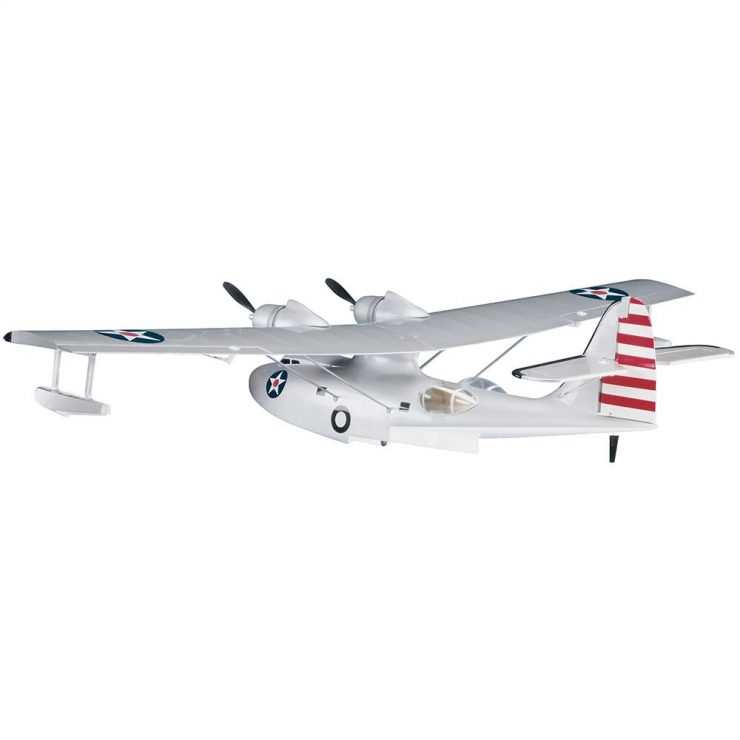 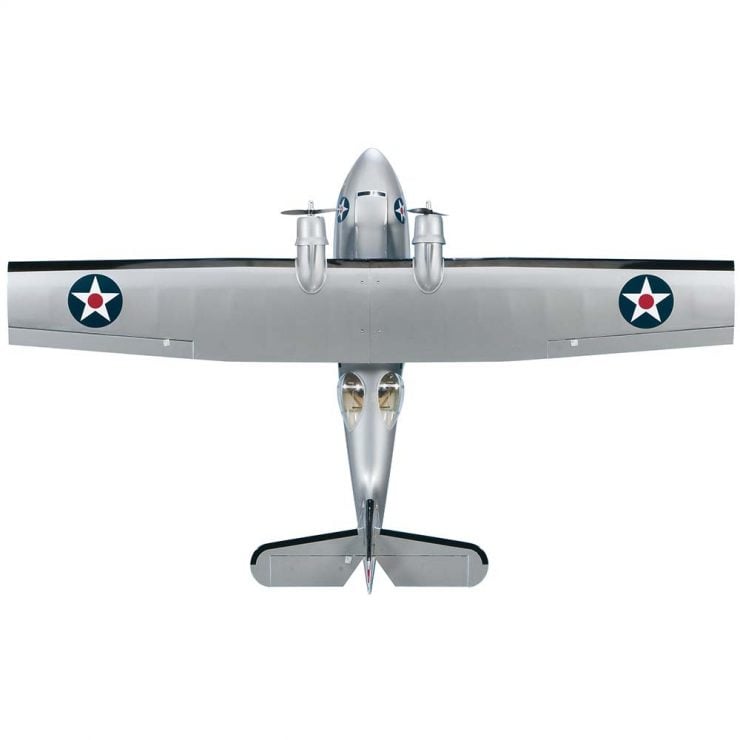 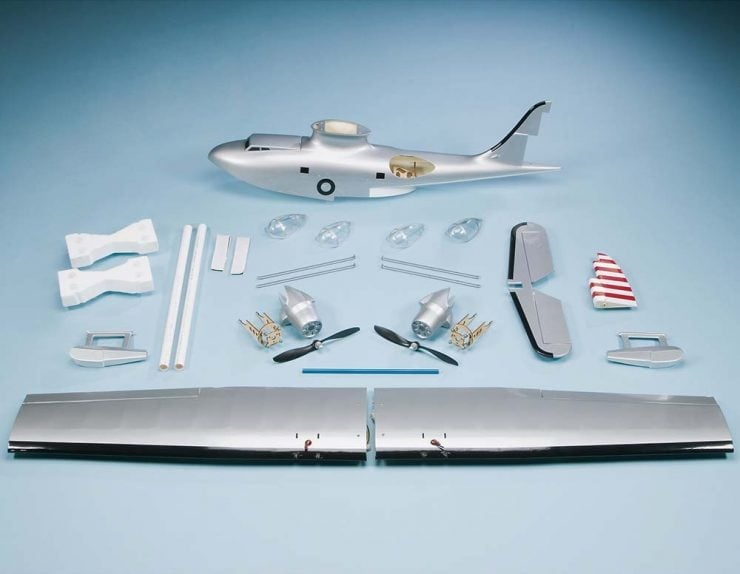 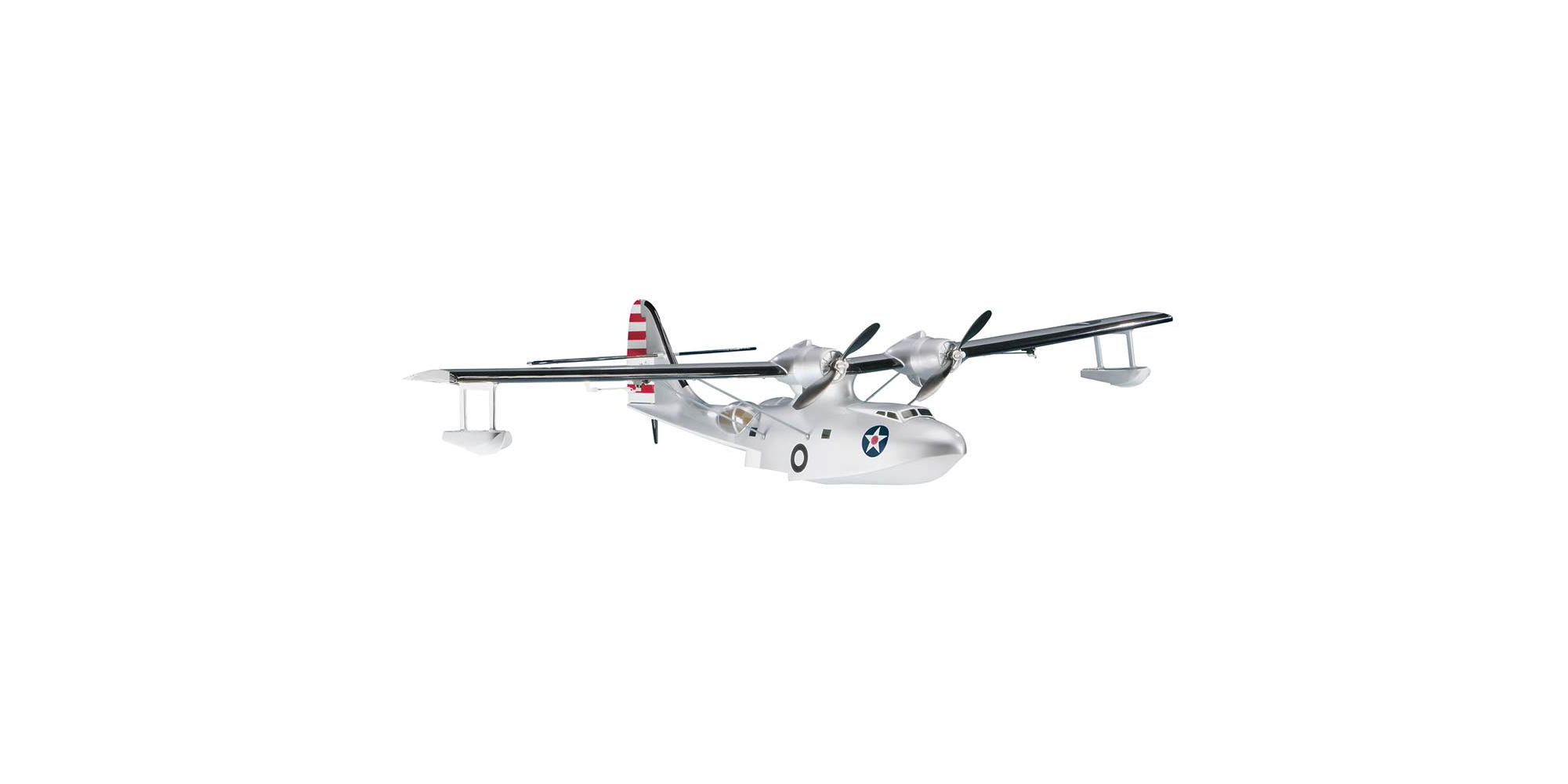