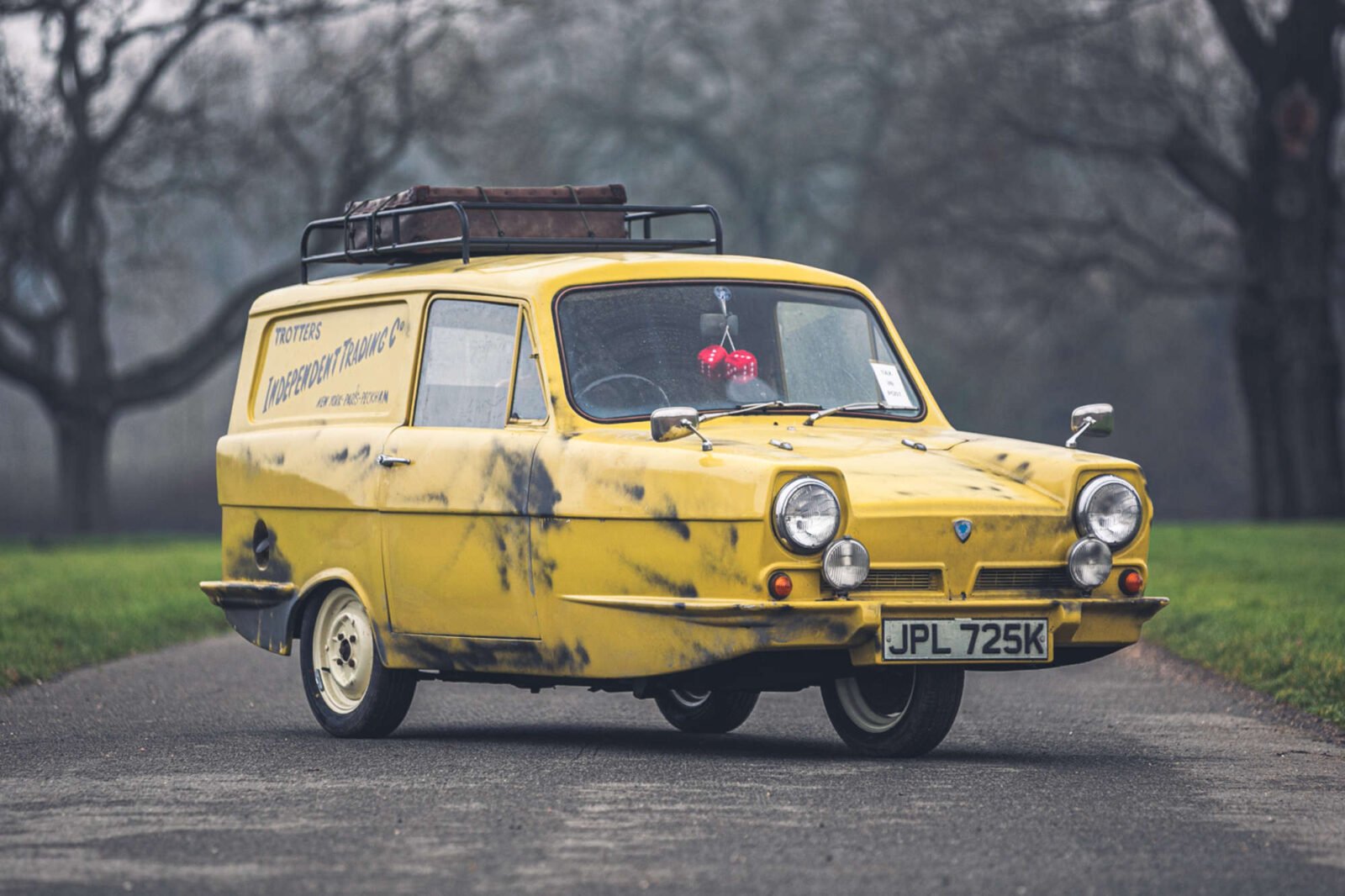 This is a Reliant Regal Supervan III that was used during the filming of one of Britain’s most loved comedy TV series – Only Fools and Horses.

Although three-wheeled Reliants have long been a popular target for British comedy, featuring in Mr Bean, Top Gear, and Only Fools and Horses to name just three, the vehicles were built entirely seriously and used extensively in Britain in the 1950s, 1960s, and 1970s.

Due to a tax loophole, the UK has been spawning unusual three-wheelers for over a century. Morgan three-wheelers were being produced all the way back in 1911, and they were the first vehicles produced by the storied marque.

The tax loophole is that three-wheeled vehicles are classed as motorcycles rather than cars. This means it’s far cheaper to buy them, register them, and insure them.

Reliant And The Legendary Supervan

Reliant developed almost their entire business model around this loophole and they achieved no small amount of success – over 105,000 Regal vans and saloon cars were built between 1963 and 1972, and that number doesn’t include the company’s other models. 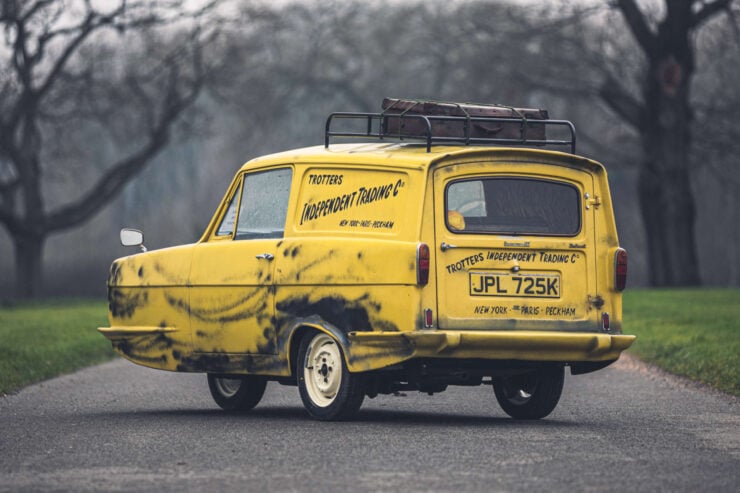 Above Image: The unusual three-wheeled Reliant Regal Supervan was cheap to run but required careful cornering so as not to tip over.

The Reliant Regal first appeared in 1953 to replace the earlier Reliant Regent. The Regal initially had a wooden frame with an aluminum body all mounted to a steel box section chassis, and it was powered by a 747cc side-valve, water-cooled engine.

These cars were entirely built by hand and were cheap to run, so they became moderately popular and Reliant continued developing them over the 1950s and 1960s with a slow shift to cheaper fiberglass bodies and increasingly powerful engines – though the term “increasingly powerful” is being used loosely here, most Regals produced between 20 and 30 hp.

Reliant became industry experts in the use of the still new material called “fiberglass”, by 1956 they were building the Mark 3 Regal with a 100% fiberglass body. In 1962 they debuted the Regal 3/25 with a fiberglass body of unit construction doing away with the wooden frame entirely and making the the bodies in two main parts – the inner and outer body, which were then bonded together to form a rigid, lightweight structure.

The optimistically named Supervan III used by Derek “Del Boy” Trotter his younger brother Rodney Trotter was one of these 100% fiberglass Reliants, in many episodes of the show you can see that the props department has applied fake rust to the body of the car to give it a more rundown look, which of course amused the people who knew the car was made of glassfibre and therefore couldn’t rust. 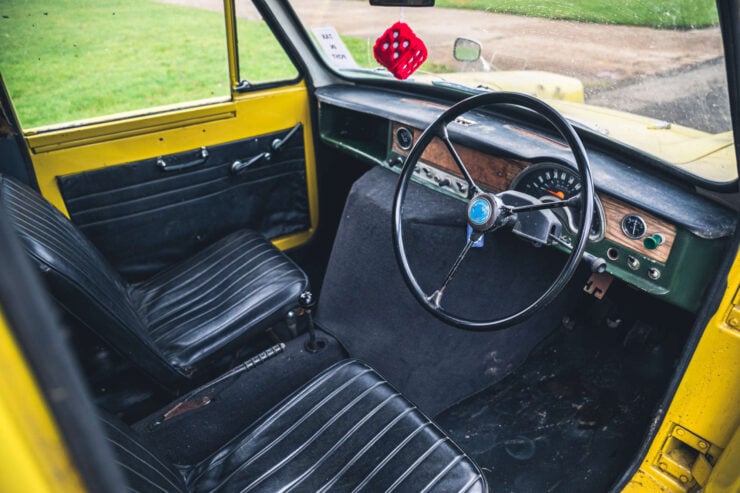 Above Image: The interior of the Supervan III is spartan but functional, it can be equipped with seating for four, or the rear seats can be removed for carrying cargo.

Reliant offered the Supervan in three variants including the Supervan, the Supervan II, and the Supervan III. The use of the word “super” in the model name has been the subject of much comedy over the years due to the somewhat limited performance capabilities of the vehicles. That said, later versions of the Supervan III could reach speeds of 70+ mph (112 km/h), although you’d need to be a much braver man than me to try it.

Only Fools And Horses

Only Fools And Horses was a British sitcom that ran between 1981 and 2003. The show featured two hapless brothers named Del Boy and Rodney Trotter, Del Boy was the wheeler dealer and Rodney was the younger brother who was invariably pulled into Del Boy’s schemes.

The graphic on the side of Del Boy’s bright yellow Supervan III said “Trotters Independent Trading Co., New York – Paris – Peckam.” The Reliant was the families only form of transport for much of the show and it was central to many plot lines. A number of Supervan were used over the course of production, one was blown up, another jumped over a bridge and fell apart, and some just broke down.

Above Video: A classic scene from Only Fools And Horses showing the Reliant Supervan.

The Reliant you see here is a 1972 Supervan III, it’s on offer from the private collection of John Mansfield, formerly of the BBC. It comes with some BBC documents and it’s believed to be a rare survivor from the television show – making it a highly collectible car in the United Kingdom.

It’s currently road registered in the UK with the registration number JPL 725K and it has 97,000 miles on the odometer. As you would expect the car has all the external patina that was added to Del Boy’s Reliants for comedic effect, as well as the suitcase in the roof rack, and some fuzzy dice hanging from the rearview mirror.

At the time of writing there’s no estimate attached to the car, and it’s due to cross the auction block with Silverstone Auctions on the 27th of March. If you’d like to read more about it or register to bid you can click here to visit the listing. 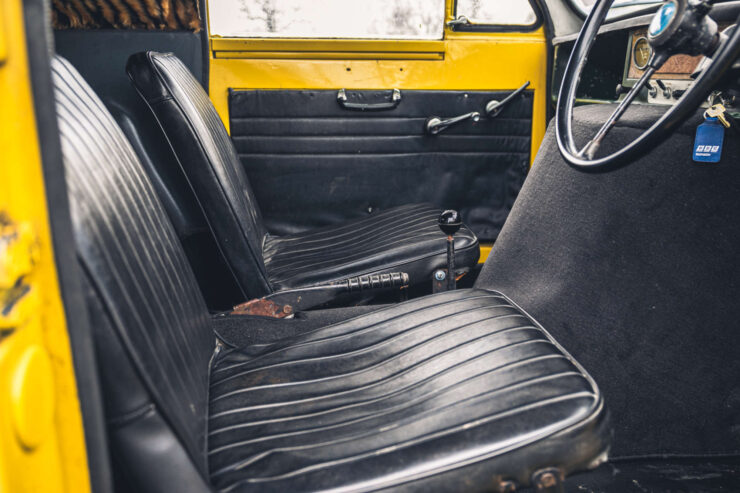 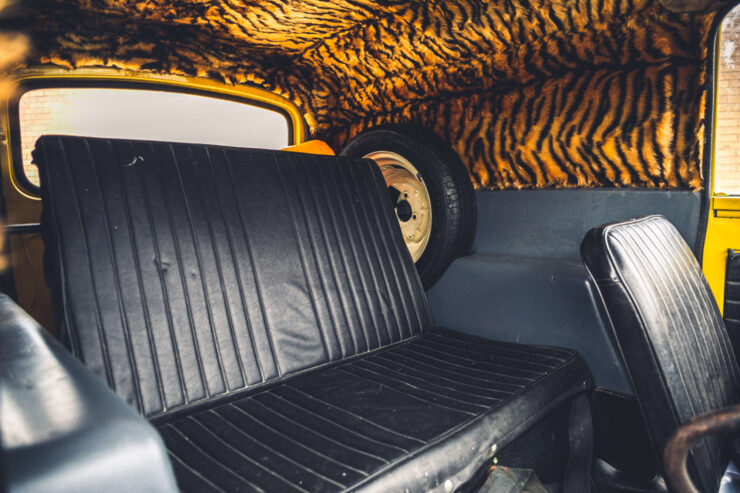 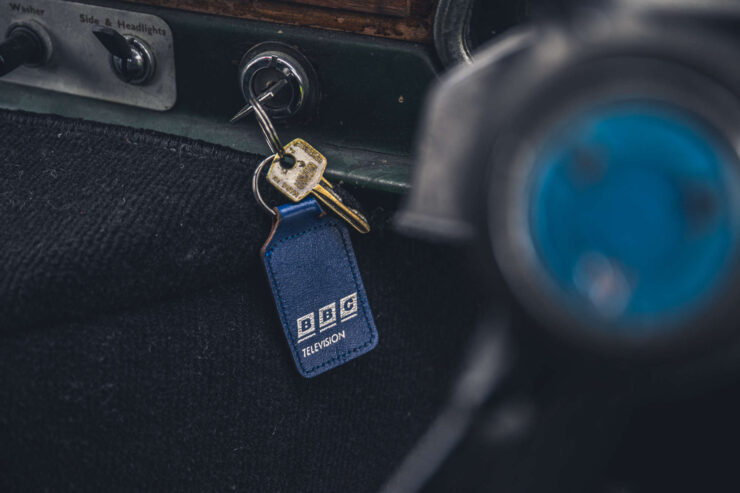 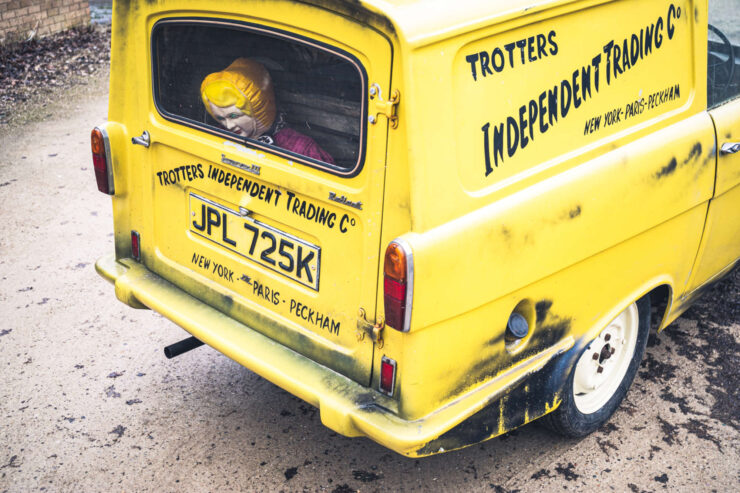 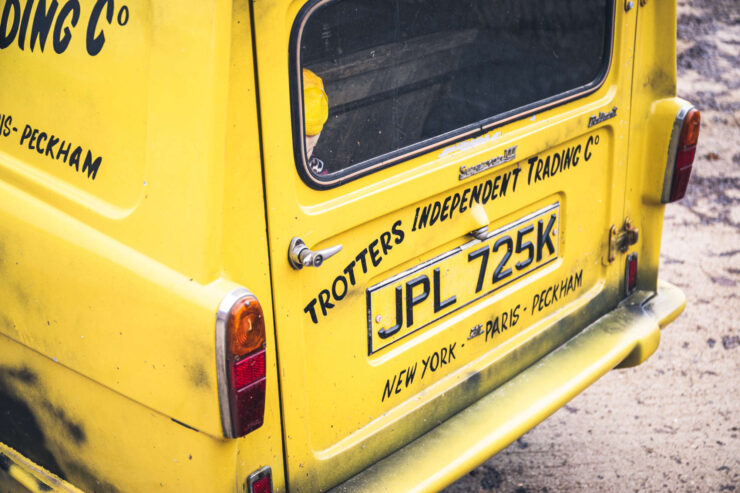 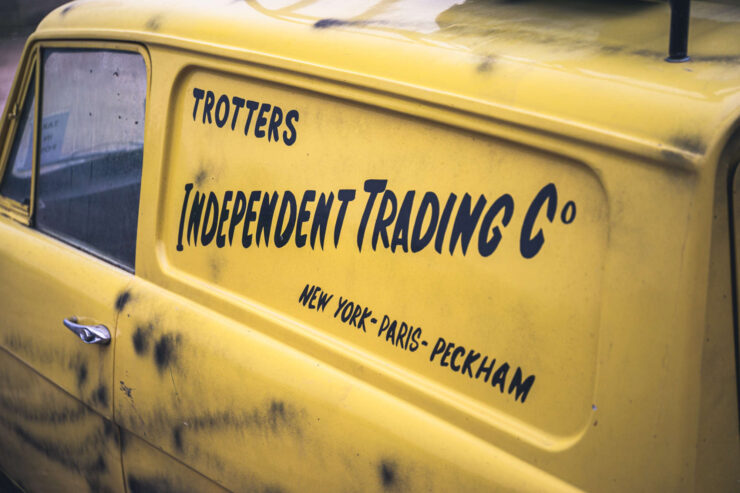 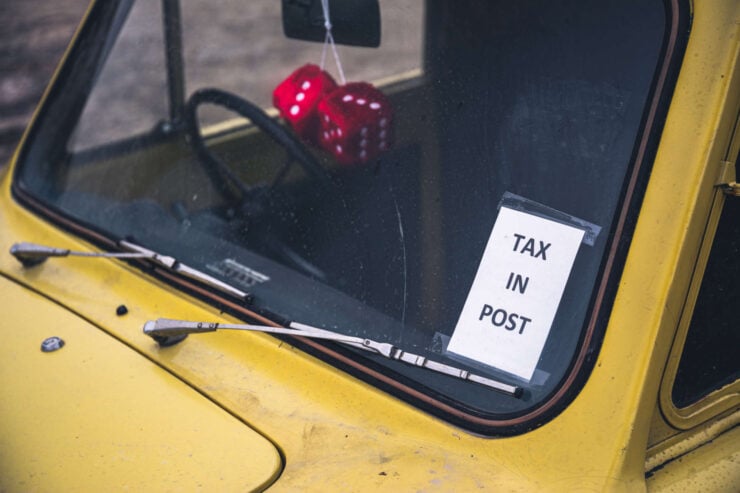 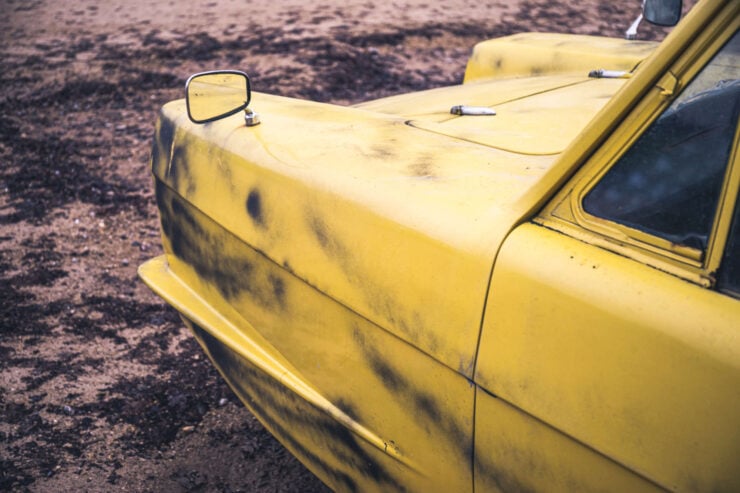 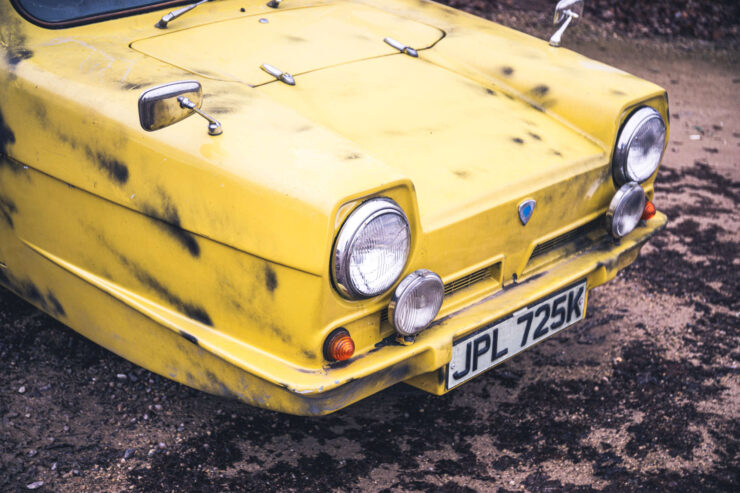 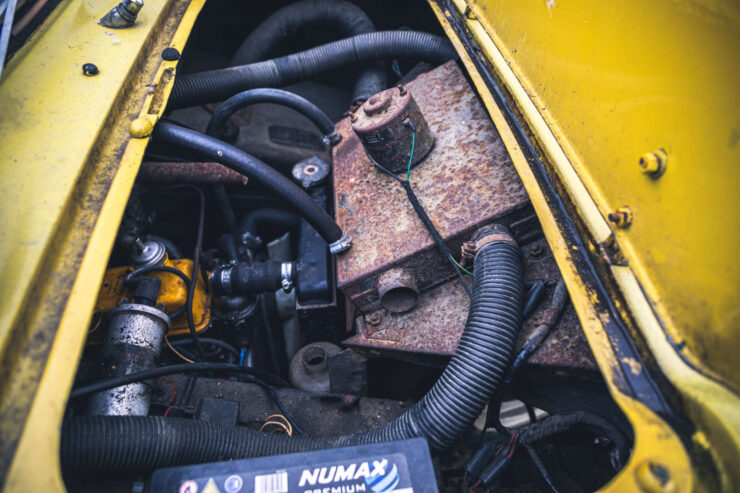 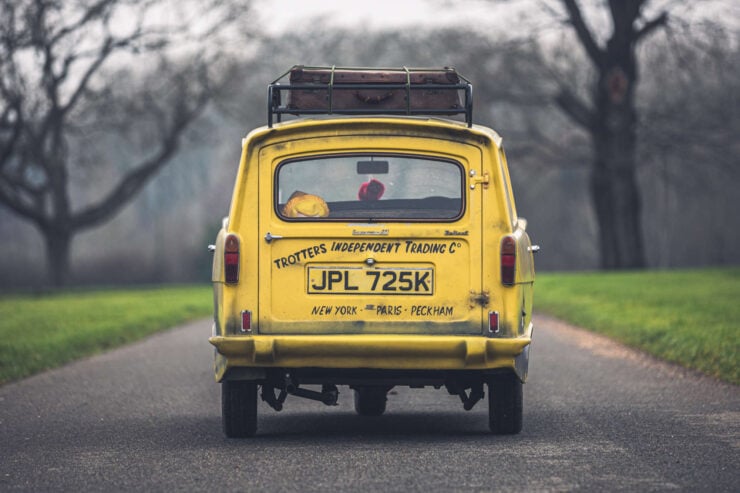 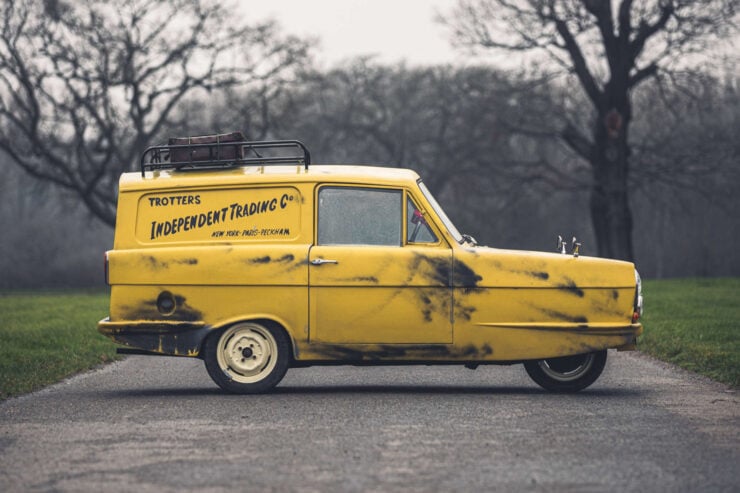 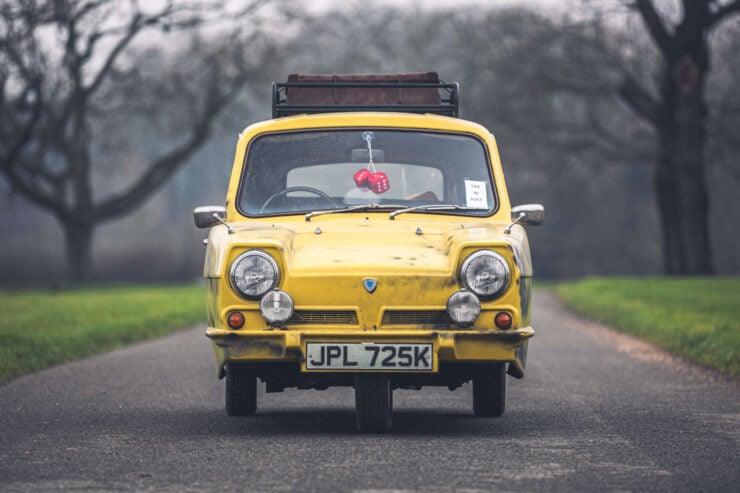 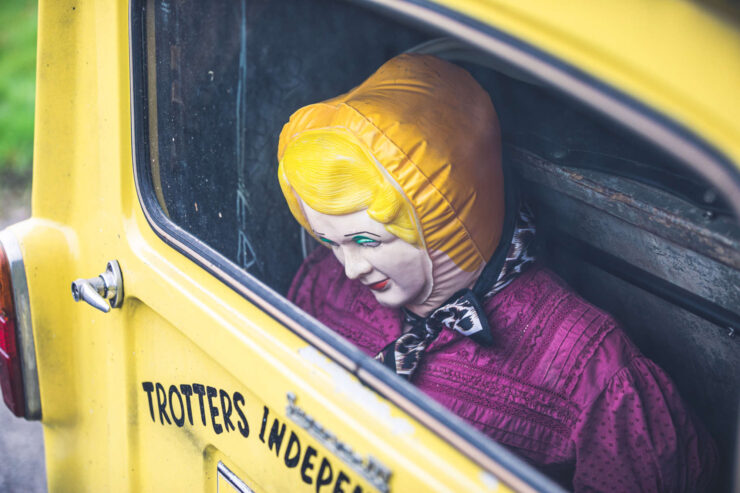