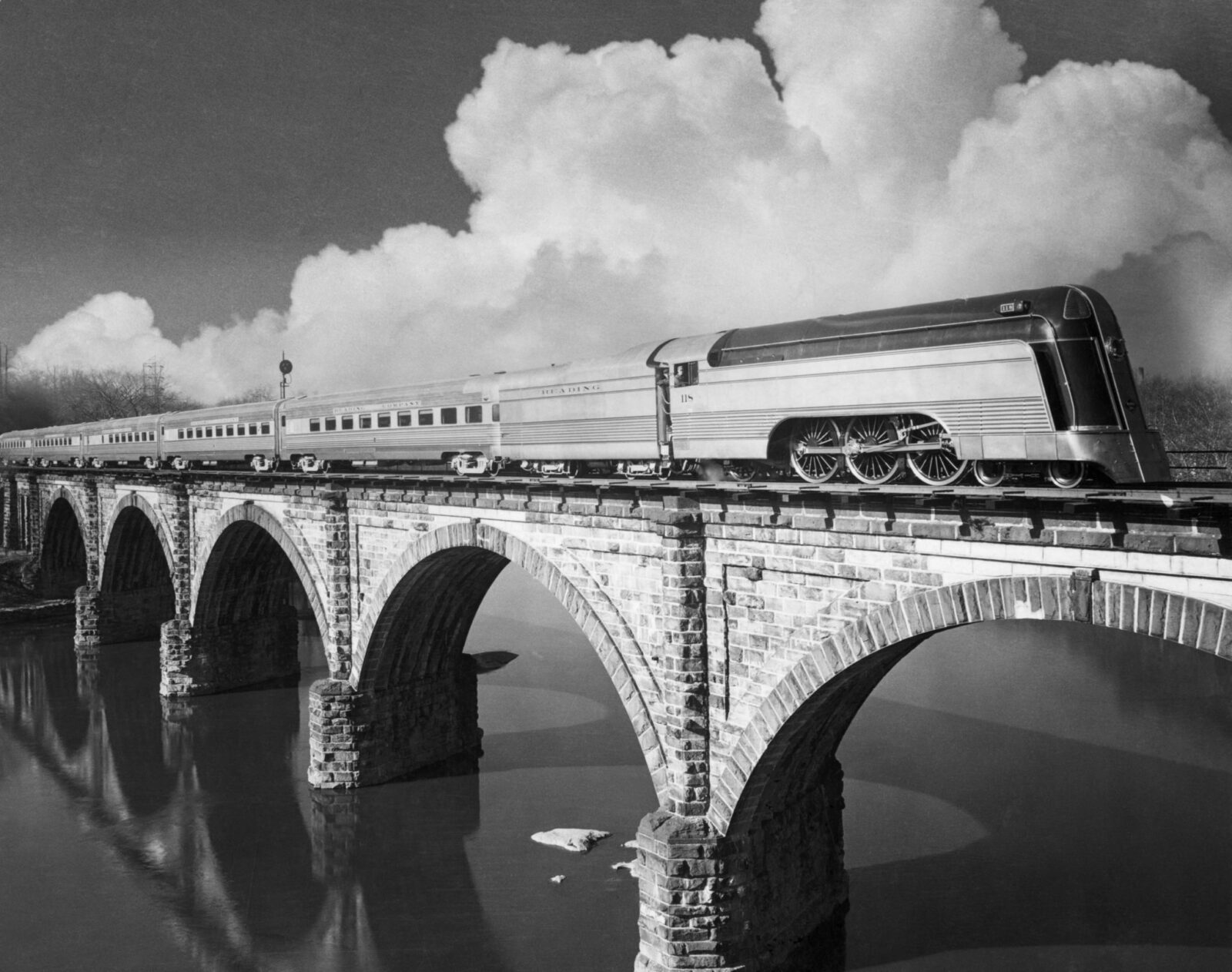 The Reading Company’s Crusader Streamliner represents both the pinnacle and the end of steam-powered passenger trains in the United States and much of the rest of the developed world. Two of the stunningly beautiful art deco streamliners were built in 1937 with a series of five streamliner cars, altogether the train consisted of two stainless-steel coaches, two observation cars, a tavern-dining car and a coal car directly behind the locomotive.

Cleverly the designers built the five passenger cars to be symmetrical so they wouldn’t have to be turned around at the end of each trip, only having to turn the locomotive and it’s coal car saved a significant amount of time – which was vital for a train making two 90 mile runs between Philadelphia’s Reading Terminal and Jersey City’s Communipaw Terminal each day.

If you’d like to read a little more about the Crusader Streamliner you can click here to visit Wikipedia, alternatively you can click any of the images here to view the full-scale version in a new window. 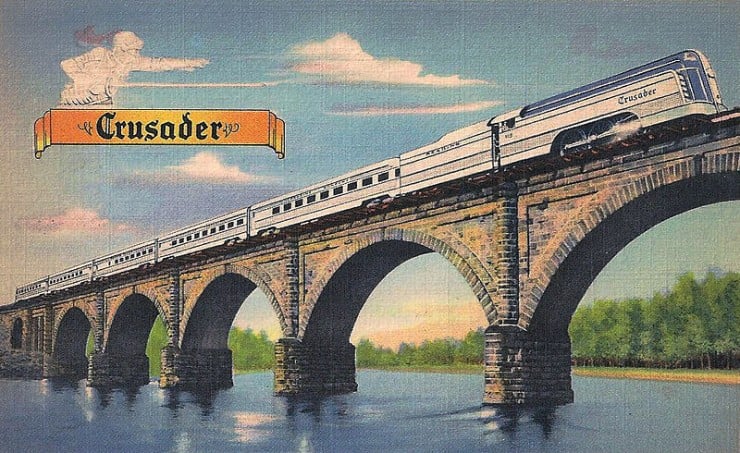 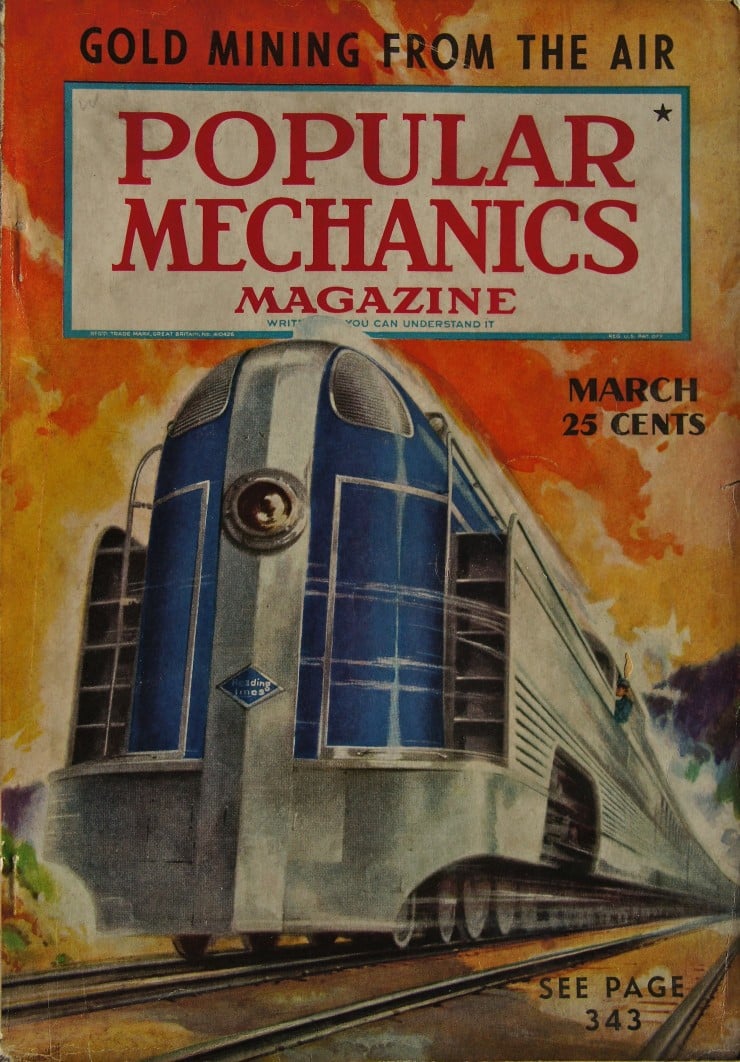 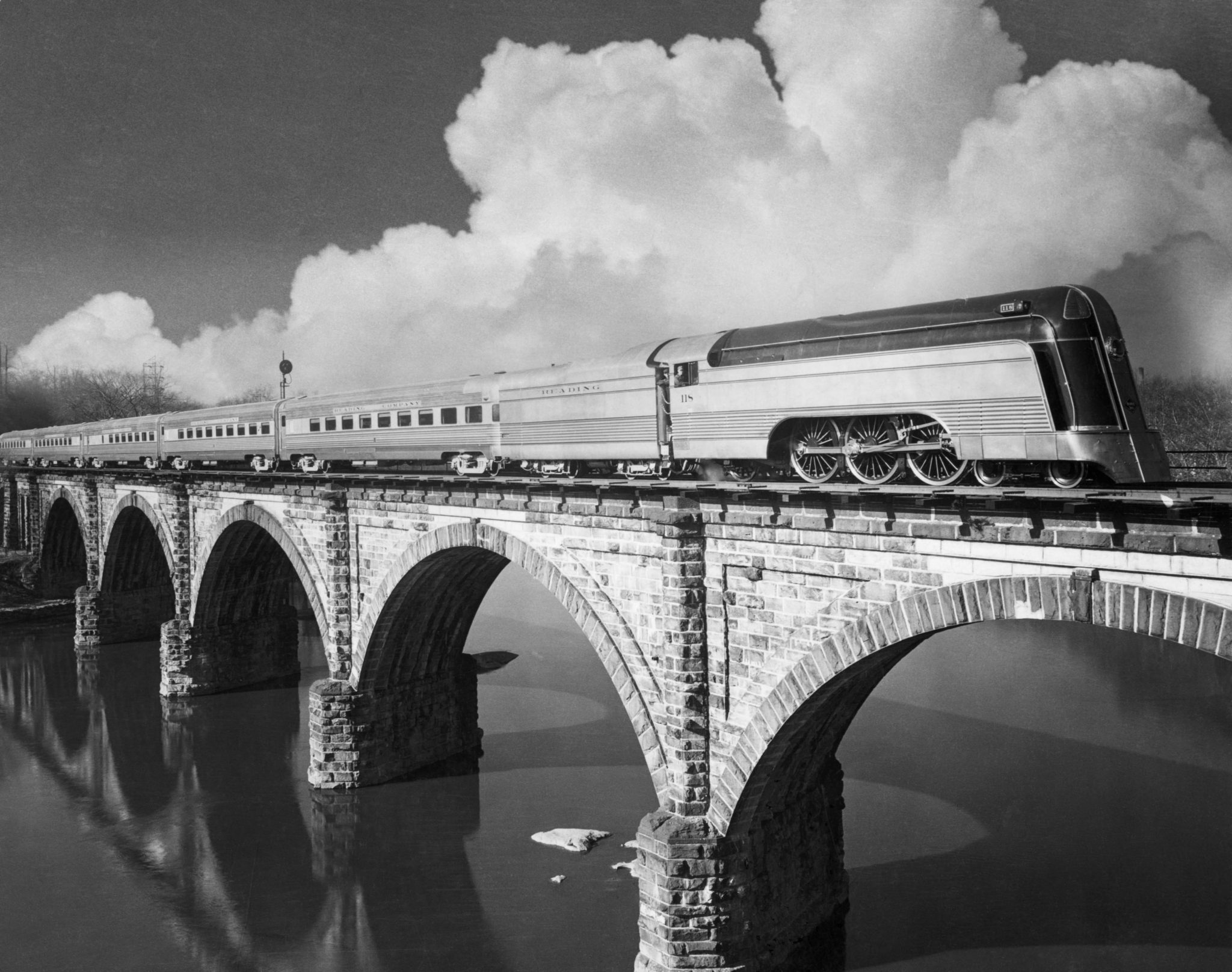