The Twin Pulsejet Super Jet is likely the most famous pulse jet-powered motorcycle ever made, it was created by Bob Maddox who has now become a YouTube sensation for his many films showing him piloting pulse jet-powered machines at high speeds.

Maddox believes that the two largest influences on his life have been the space race of the 1960s that he lived through as a boy, and the various contraptions built by everyone’s favorite desert dog – Wile E. Coyote.

Before Bob Maddox came along the pulse jet engine had a decidedly unsavory reputation due to its extensive use by the Nazis during WWII on their V-1 Flying Bombs or “Buzz Bombs.”

Above Video: Bob Maddox doesn’t just built pulse jet engines, he builds machines around them and then rides them as fast as they’ll go.

Maddox grew up in Phoenix, Oregon with jet fighters flying over multiple times a day during the Vietnam War, it left an indelible impression on him as a child and remarkably by the age of 10 he was already building rocket powered balsa wood aircraft powered by Jetex rocket motors.

His life would forever change in 1991 when, on one of his over 2,000 skydives, he decided he wanted a form of propulsion so he could keep up with his friend Brian Fairhurst, a skydiving champion.

He remembered reading about pulse jet engines and so he researched them, made his own that produced 50 lbs of thrust, strapped it to his chest and began jumping out of planes with it – almost certainly a world first.

Amazingly after all this, Bob Maddox is still alive and well.

Pulse jets are an incredibly simple form of jet engine that aren’t used much now due to their poor fuel economy and significant noise output. They can be made with few or no moving parts and they can run on a variety of fuels. 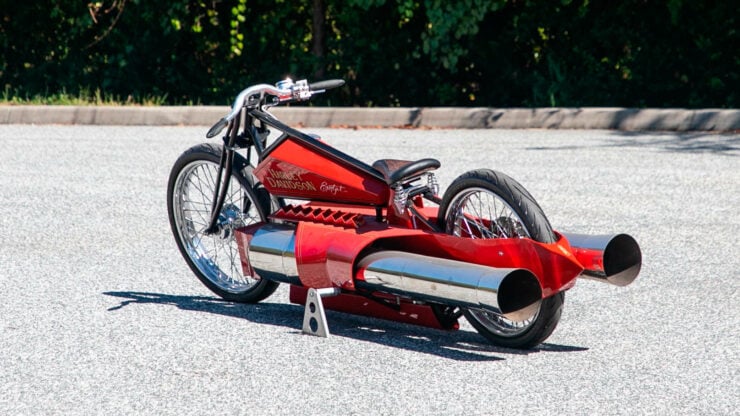 This bike is undoubtably Bob Maddox’s most famous design, it was based on the styling of a classic Harley-Davidson board track racer.

Maddox has made progress in leaps and bounds with pulse jet engine design over the years, and now sells his designs in either kit form or as digital plans from small engines you can pick up to larger multi-jet units meant for propulsion.

Over the years Maddox has built a remarkable array of pulse jet powered vehicles including motorcycles of course, as well as skateboards, tricycles, go karts, hot rods, and more. He now has over 300,000 followers on his YouTube channel where he showcases his remarkable designs, often driving them at high speeds.

This is one of Maddox’s earlier pulse jet-powered motorcycle designs and its certainly his most famous – thanks in no small part to the beautiful design that was influenced by a 1929 Harley-Davidson board track racer.

This bike was built by Bob Maddox himself in Medford, Oregon and it’s powered by twin pulse jet engines producing a combined 250 pounds of thrust. It’s capable of running on regular 87 octane pump gasoline and it’s said to be able to do the 0 – 60 mph dash in 5.0 seconds.

If you’d like to read more about it or register to bid you can visit the listing on Mecum here. It’s due to roll across the auction block in January. 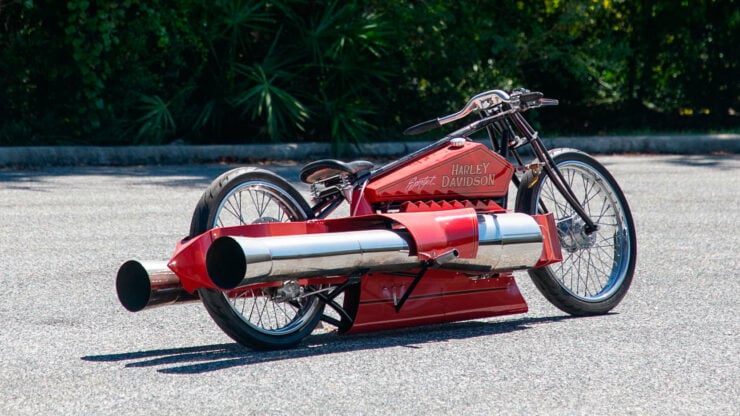 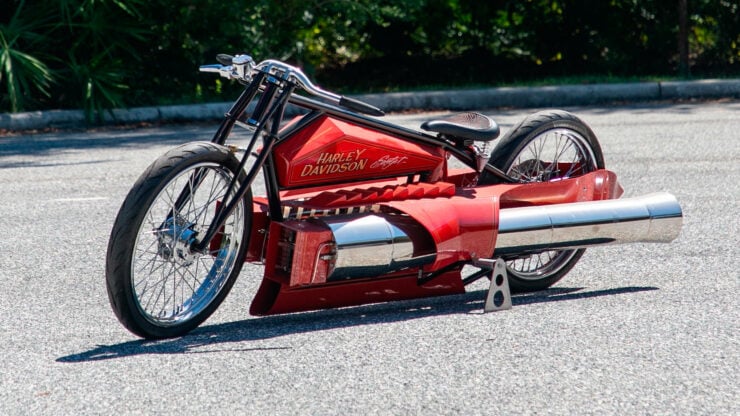 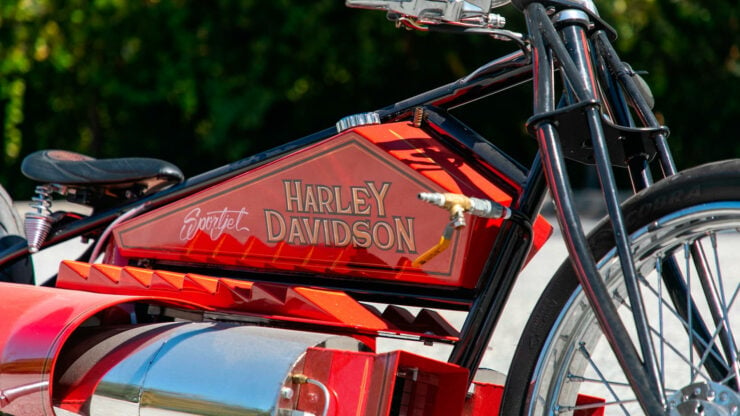 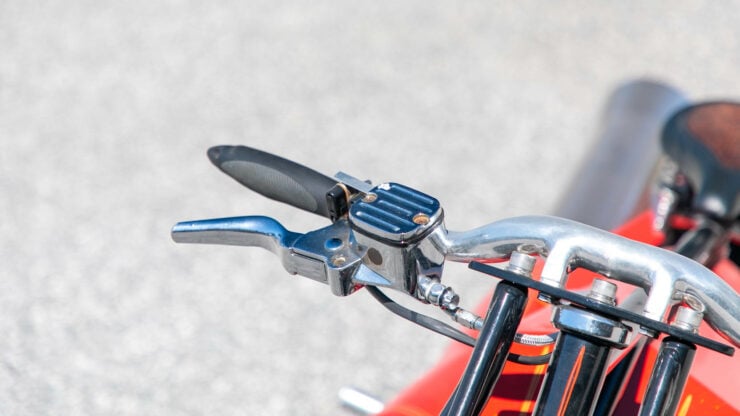 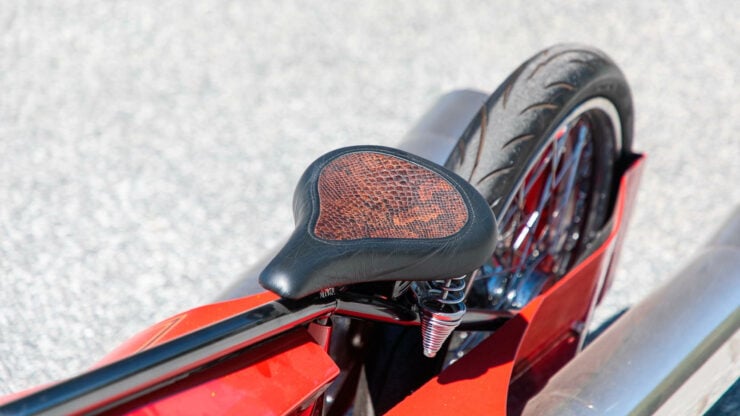 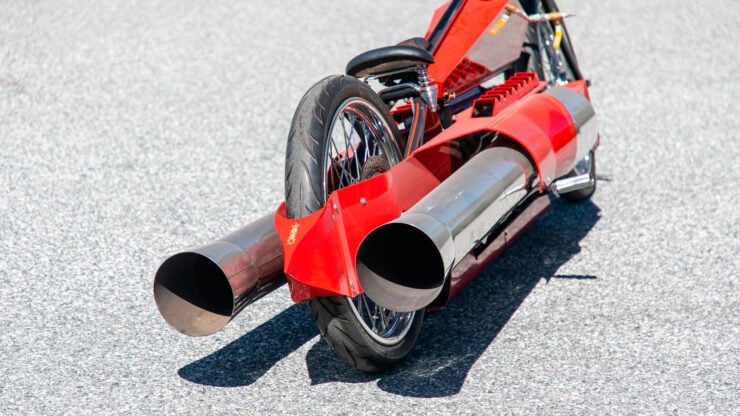 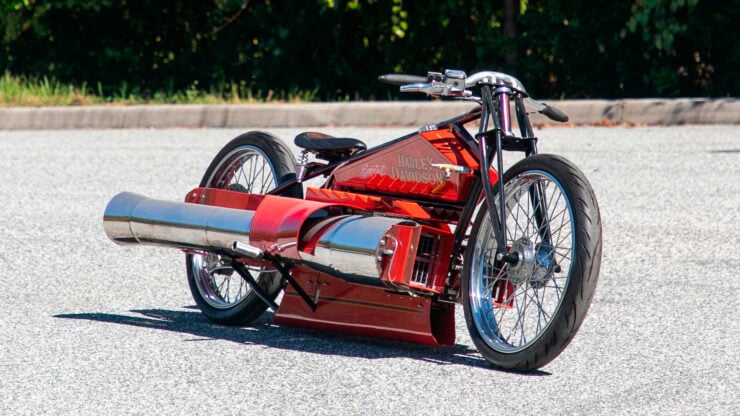 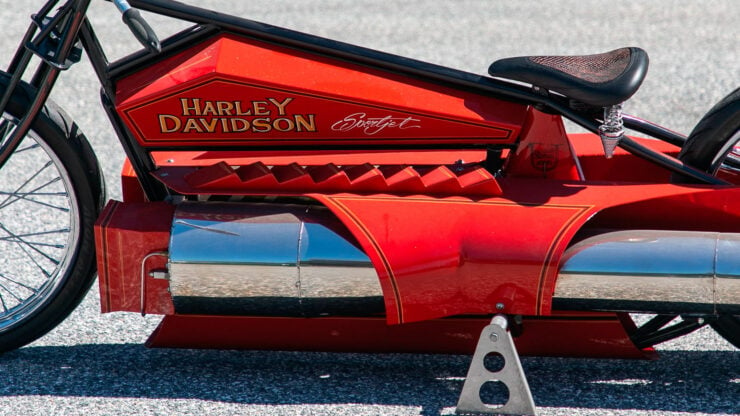 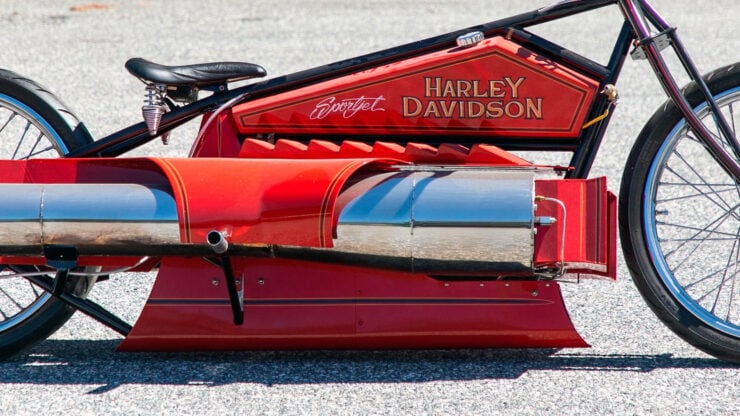 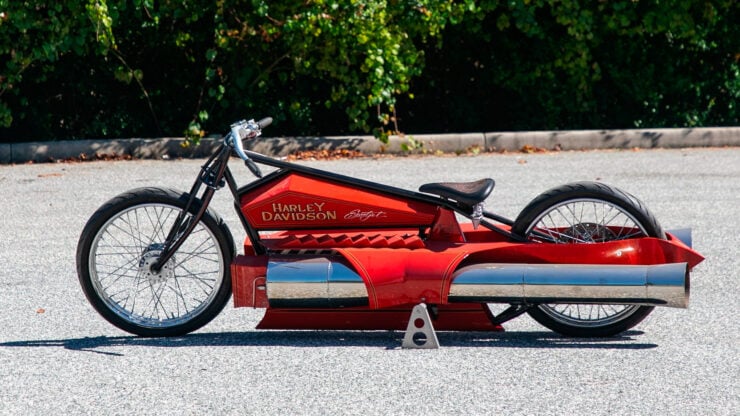 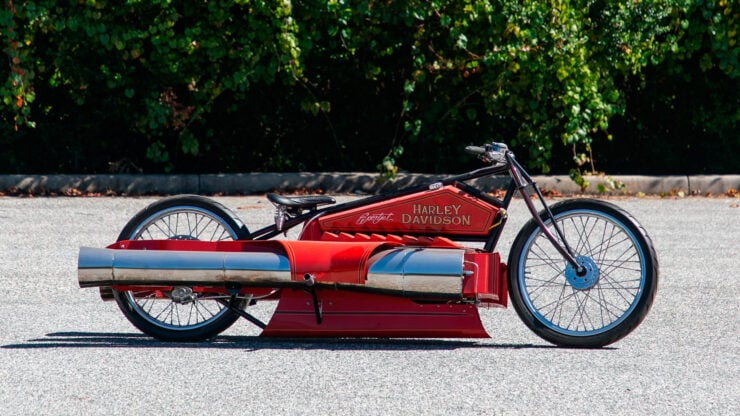