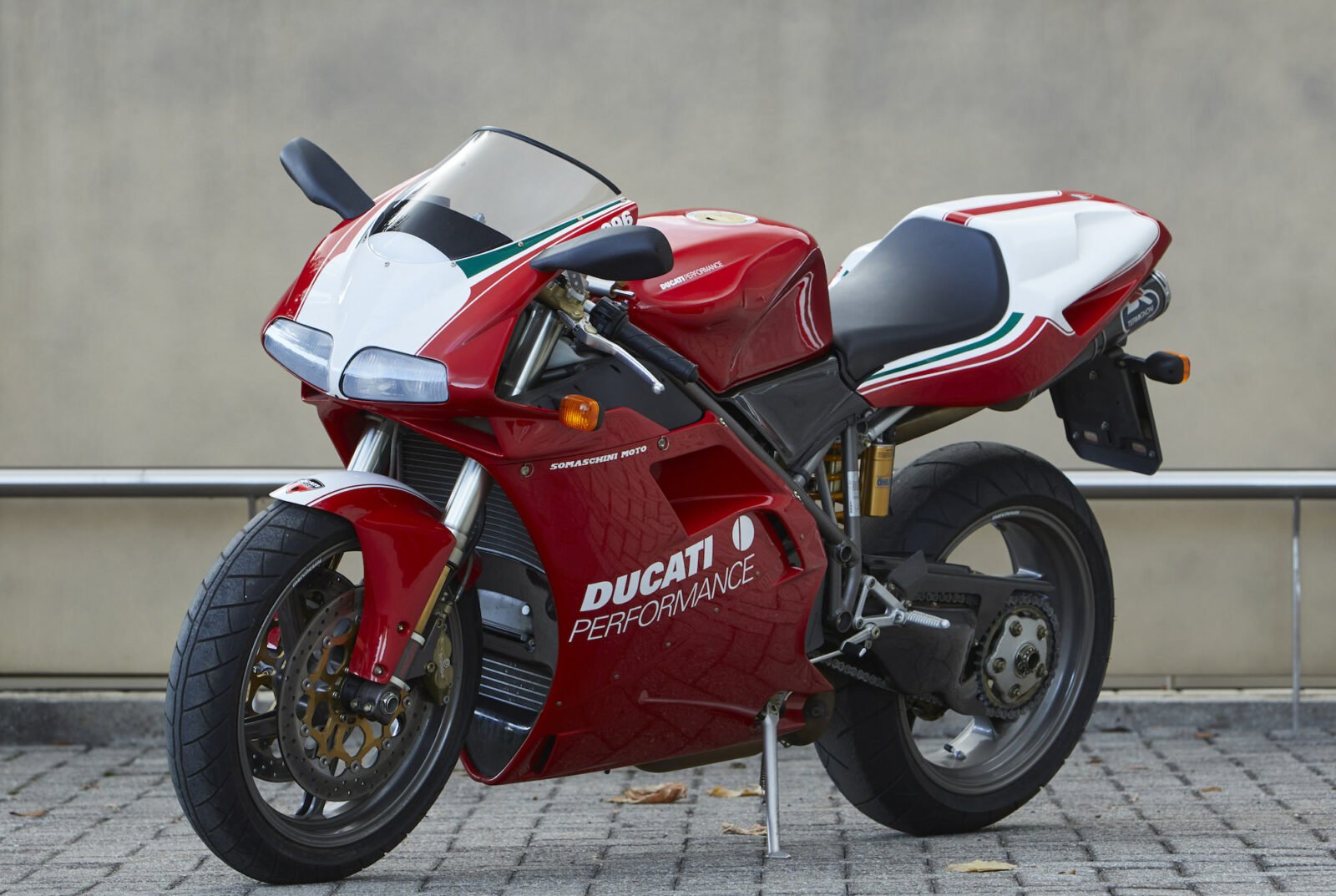 This is the 14th example of the Ducati 996 SPS “Sport Production Special,” just 150 were made in total. Countries that had an allotment of the 996 SPS typically saw them sell out months before that actually arrived at the dealer.

The Arrival Of The Ducati 996

The Ducati 996 had one of the most difficult jobs of any new motorcycle in the 1990s, it was tasked with replacing the universally loved Ducati 916 that had just won four Superbike World Championships running from 1994, 1995, and 1996, with another in 1998 for good measure.

Above Video: The famous motorcycle chase scene in The Matrix Reloaded used a black Ducati 996.

When it had been released in 1994 the Ducati 916 set the motorcycle world alight, it won a slew of “Best New Superbike” awards (or similar) from the motoring press and demand was such that the full first year’s allocation for the US market had sold out before a single bike had arrived in the country.

The runaway success of the 916 in both the consumer and competition realms had set a high bar for its eventual replacement. Ducati wisely opted to stick with the same formula, and developed the 996 as an update to the 916 rather than as an all-new motorcycle.

The 996 was fitted with a modified version of the same engine, now with a displacement of 996cc (hence the model name) and twin fuel injectors per cylinder as opposed to the single injectors used in the preceding model.

The new model was also given larger pistons to match the new bores, larger valves, and an uprated camshaft, crankcase, and crankshaft. The chassis received some modifications as did the exhaust system, light wheels were fitted and the front and rear brakes received significant updates. 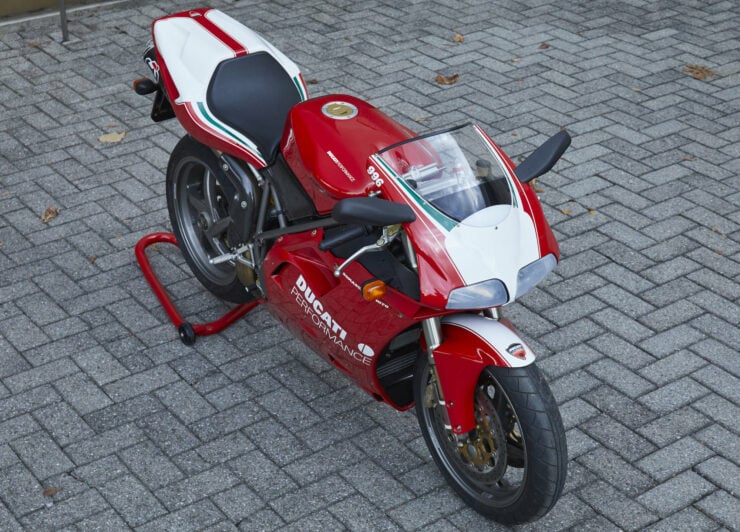 The styling of the 996 was closely related to the earlier 916, thanks in no small part to the overwhelmingly positive reception the 916 had enjoyed.

With a dry weight of 198 kilograms (437 lbs) dry and 112 bhp in entry-level Biposto trim the 996 was an exceptionally quick motorcycle, and it remains a favorite today well over 20 years after it left production.

The Ducati 996 SPS was the top-of-the-line version of the new model, and as close as you could get to a road-legal version of the same 996 that was competing in the World Superbike Championship.

Weight was reduced thanks to the use of a number of carbon and titanium parts, the alloy wheels were also lighter than those used on the regular 996 to cut down on both unsprung and rotating mass.

Power was increased to 124 bhp over the 112 bhp offered in the non-SPS model and an Öhlins monoshock replaced the original Showa unit, from 2000 on the front Showa forks were also replaced with Öhlins units. 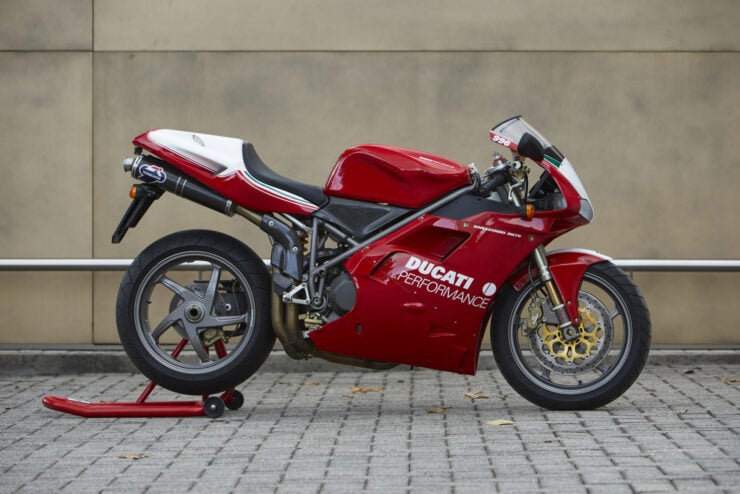 Last but not least, the 996 SPS used an adjustable steering head that allowed for quick geometry changes, allowing riders to adjust their bikes to suit their riding styles, and to suit different circuits or roads.

If you’d like to read more about this unusual Ducati or register to bid you can visit the listing here. 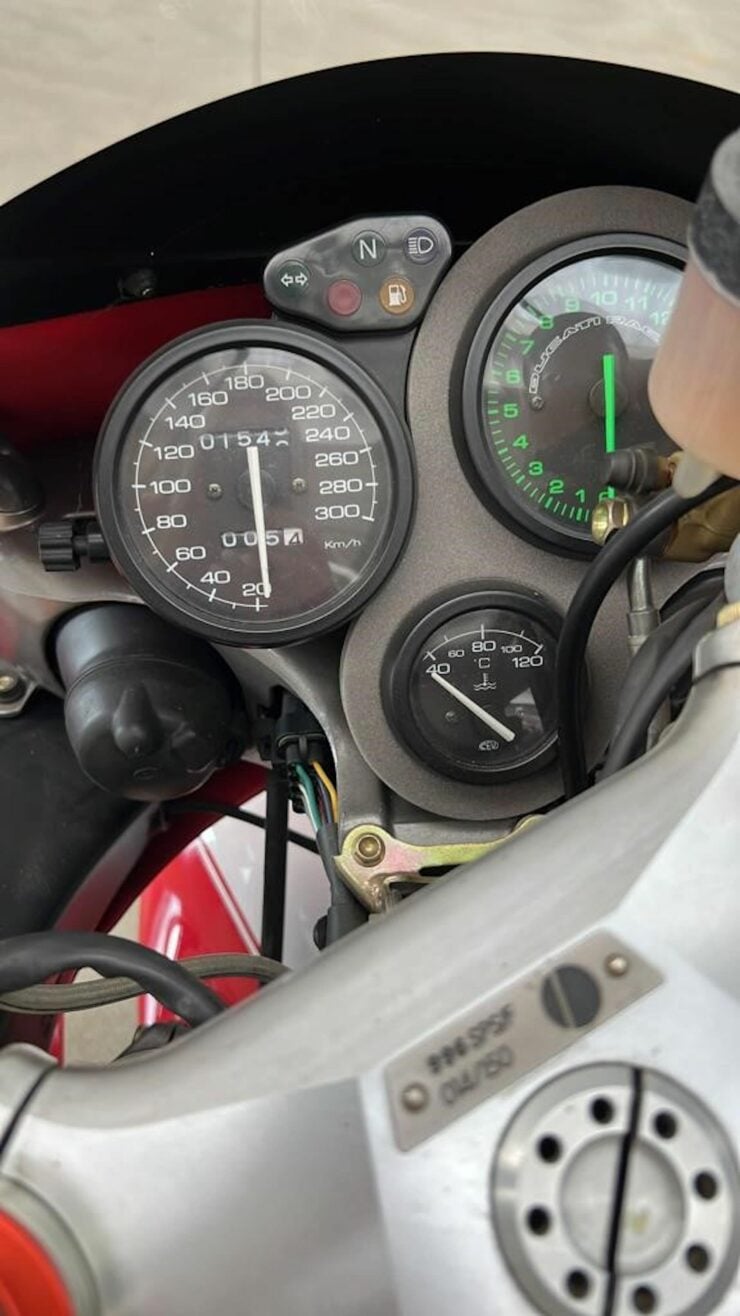 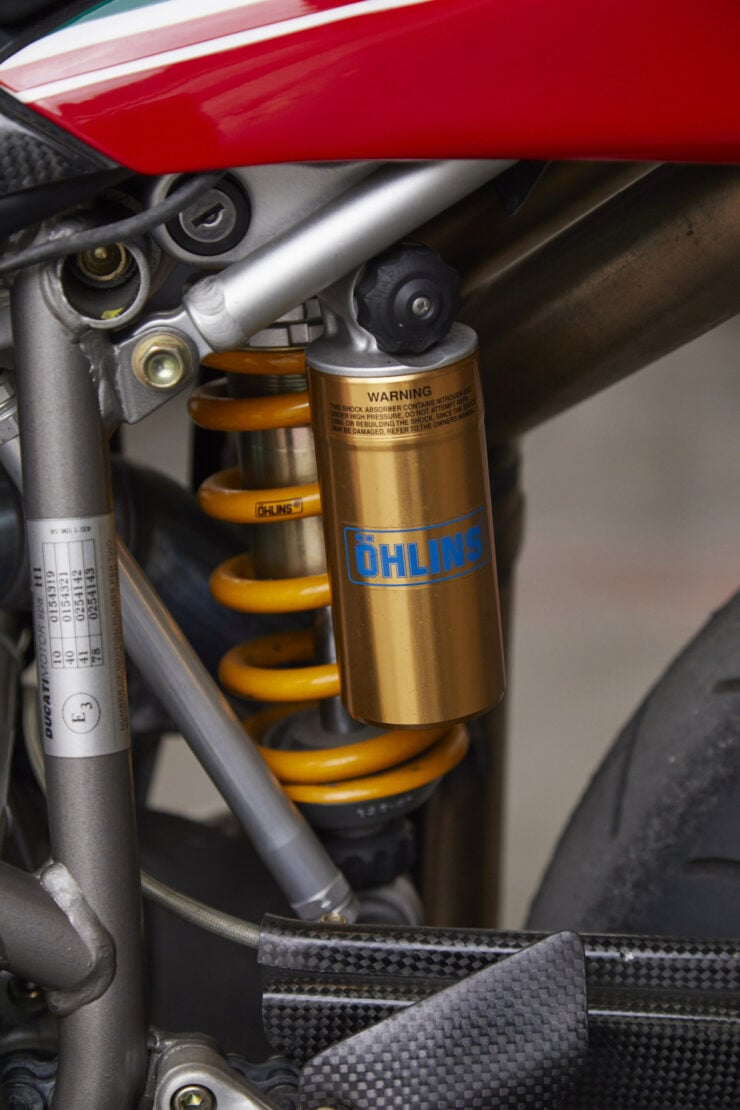 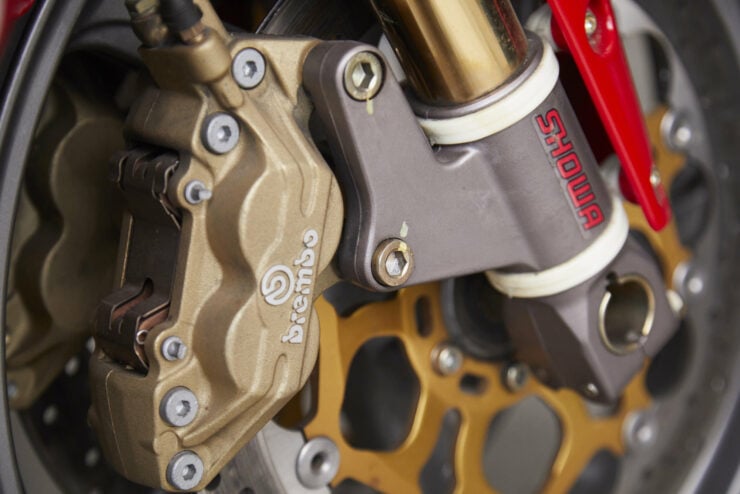 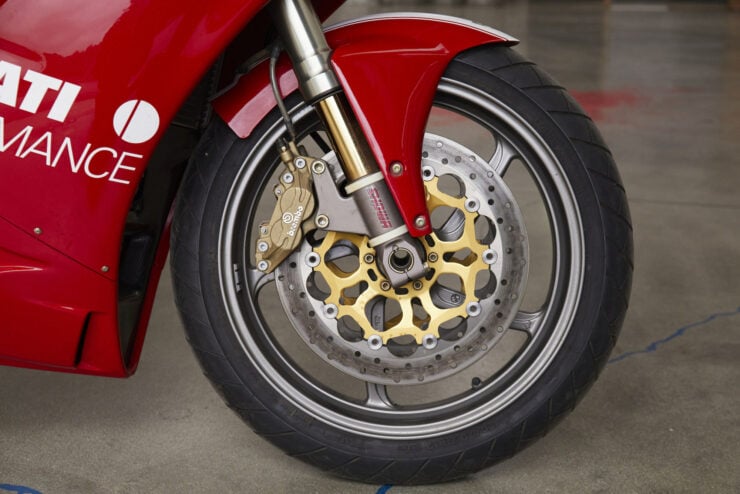 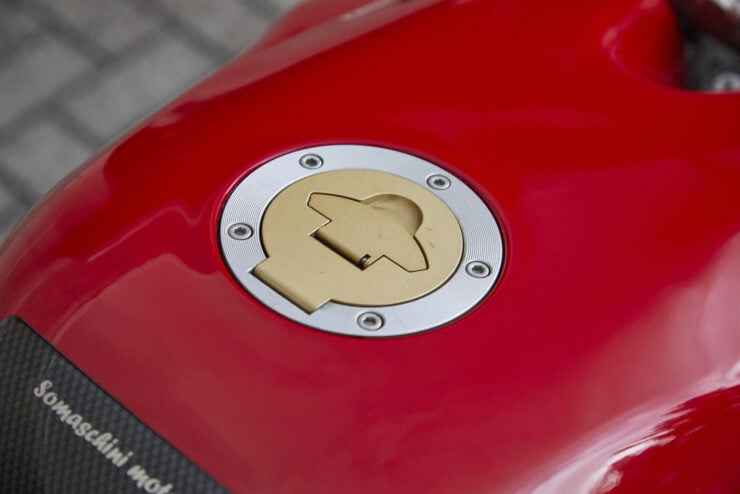 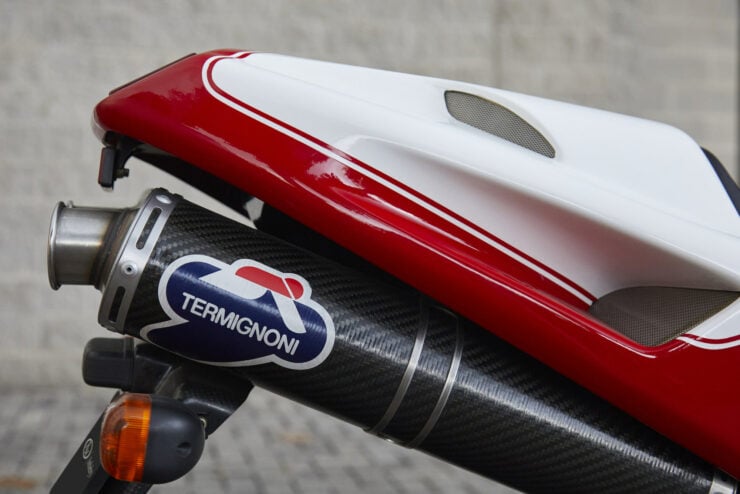 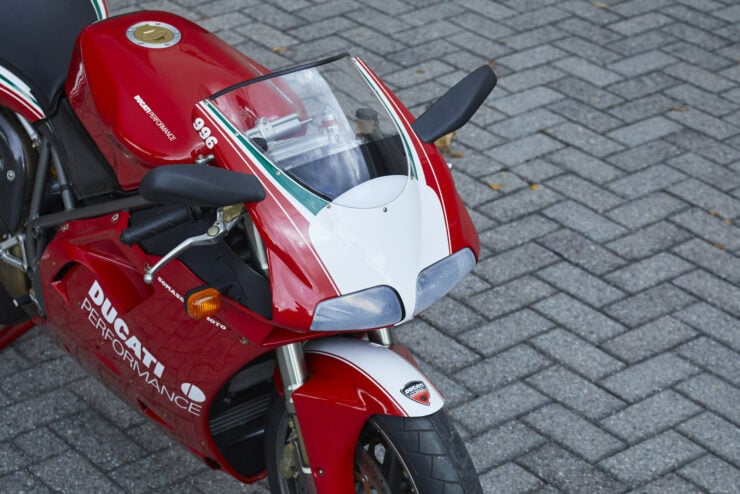 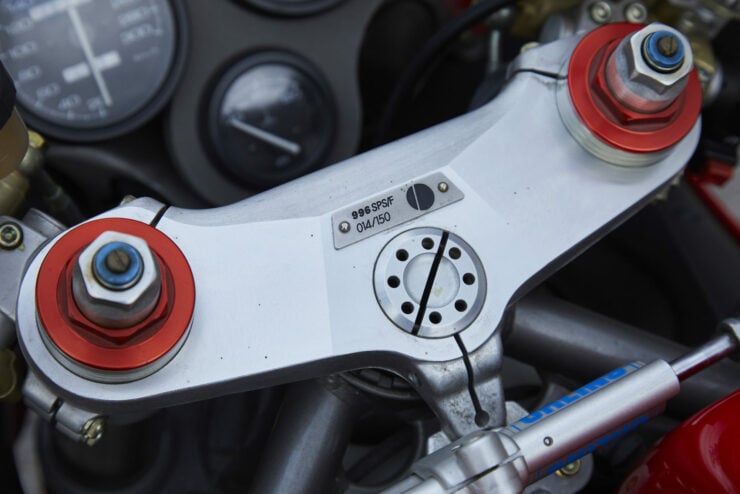 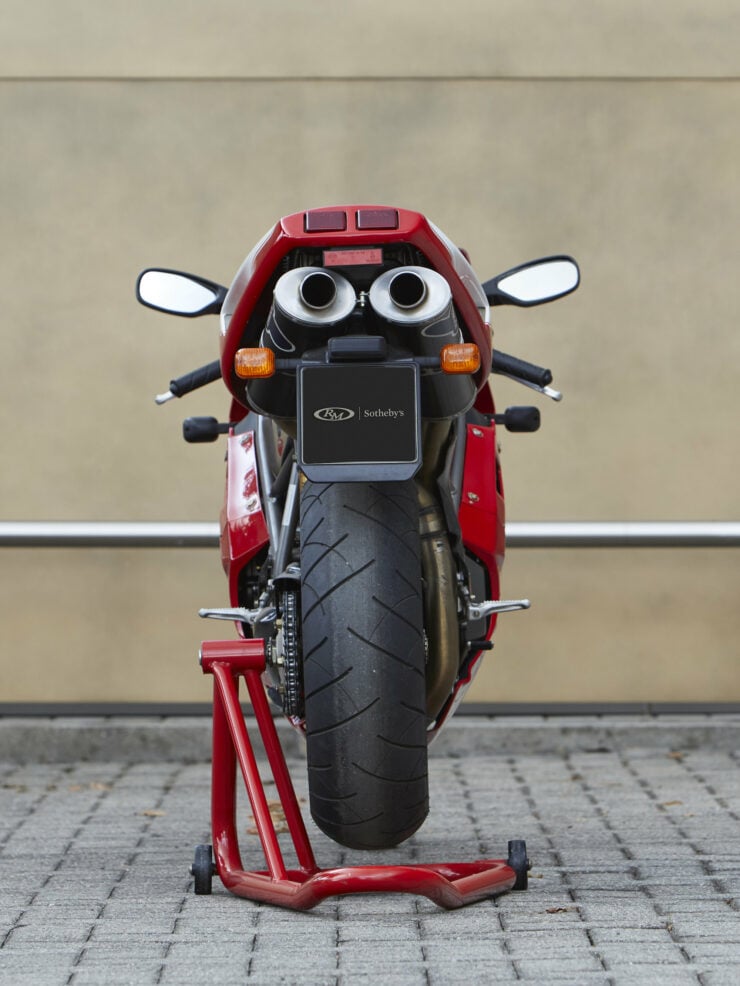 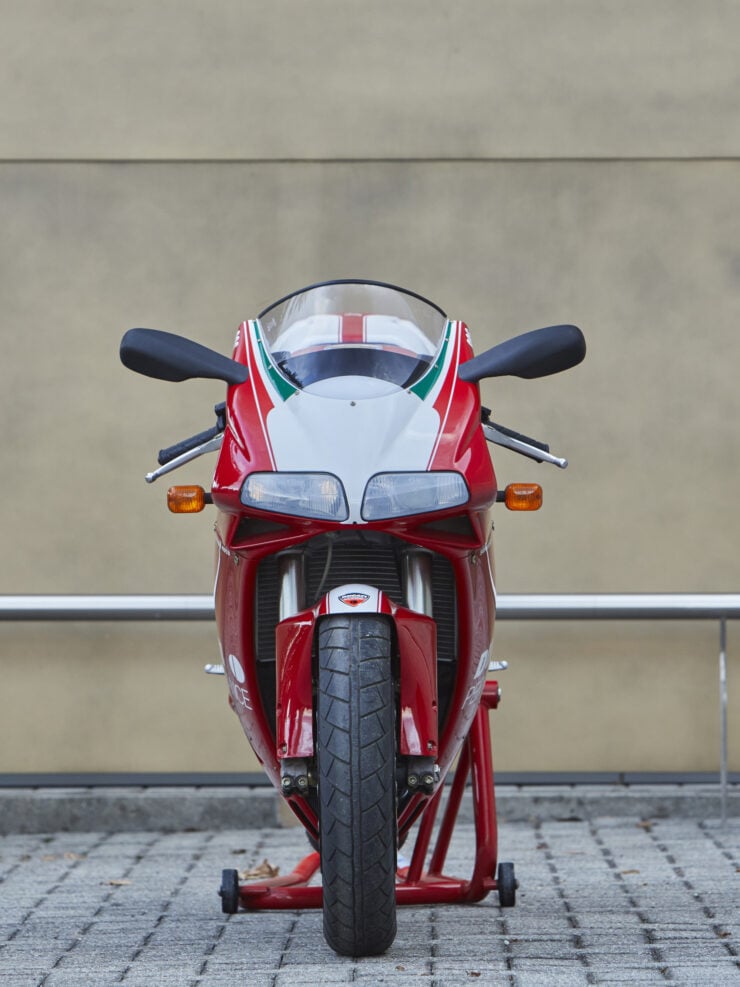 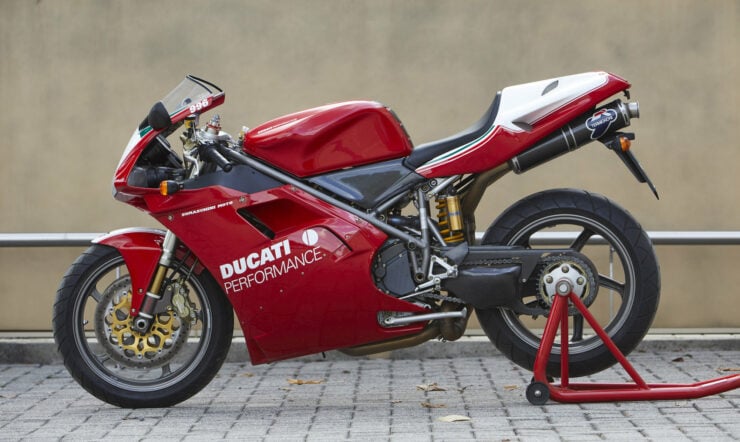 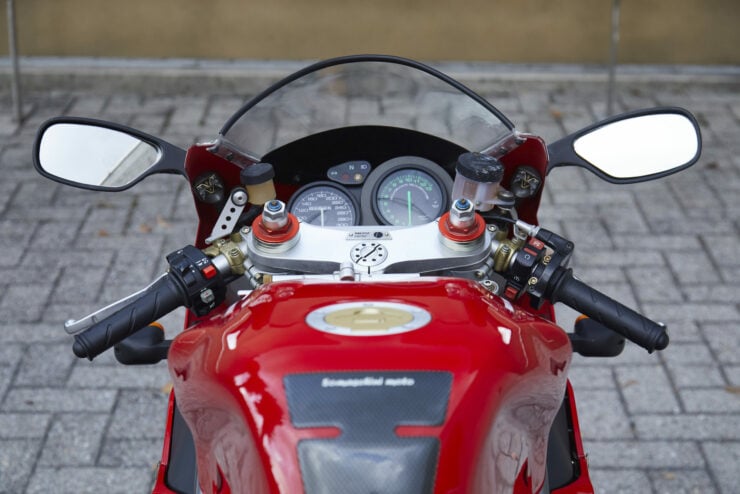 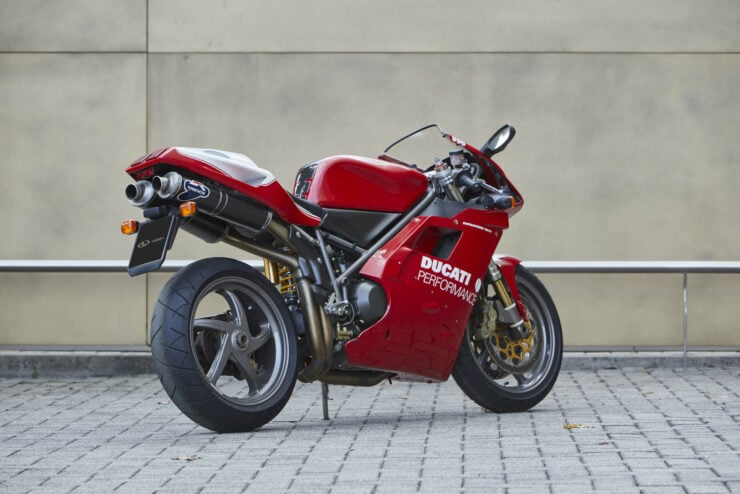